Young Seal on the River Banks: Do Not Disturb! 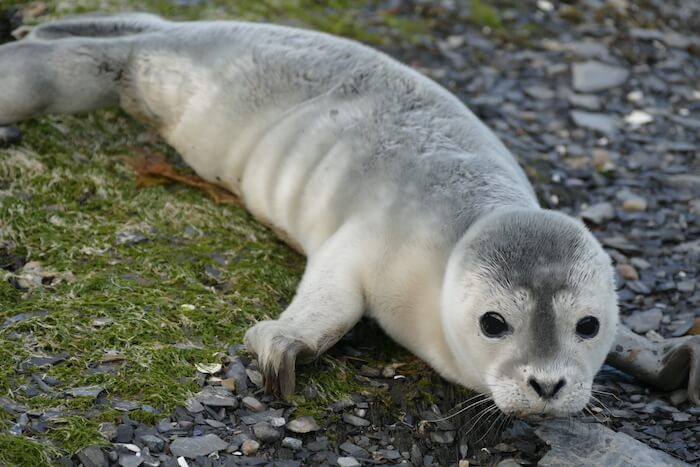 The months of May and June are pupping season for harbour seals. Every year, the Quebec Marine Mammal Emergency Response Network handles about twenty calls involving live young seals stranded on the shores of the St. Lawrence; such situations can appear critical and local residents are eager to assist the animals. What should you do? Nothing: leave the animal alone and don’t intervene.

Harbour seals will be giving birth in the next few weeks and females nurse for 4 to 6 weeks (May through early July). During this period, pups can often be seen alone on the beach while females briefly return to the water to feed. Young seals may “whine” for their mothers, which is when they are sometimes mistaken for animals in distress.

For these mammals, weaning occurs from mid-June to late July. In order to concentrate their energy on growing and temperature regulation, seal pups often rest out of the water, sometimes on busy beaches. Though they might remain there for a few hours or even a few days, they should not be considered to be abandoned. Most of the time, they are unaware of the various dangers lurching and don’t respond to an approaching human.

Signs that a seal is disturbed

If your presence triggers the following behaviours in a seal, it is a sign that it is disturbed by your presence:

-The seal, which had been resting, returns to the water

-Increased grunting and other vocalizations by the seal

What should you do if you see a young seal on the beach?

You encounter a seal on the beach and want to help. This is what you should do:

Refrain from touching the seal, attempting to feed it, forcing it to return to the water or interacting with it in any manner; it is illegal to disturb any marine mammal.

Seals are protected by the Marine Mammal Regulations, which prohibit disturbing a marine mammal. Giving it food (milk, fish, etc.) will be even more harmful to the animal.

Bear in mind that these are wild animals that are unpredictable and can become aggressive or bite.

Even if they are small and often appear harmless and endearing, seals have teeth and can become aggressive when defending themselves.

Maintain a respectable distance (at least 50 m) and, ideally, leave the area.

If a seal is constantly approached, it will not have the chance to rest. Repeatedly disturbing the seal will cause the animal stress, making it weaker and more vulnerable to disease and predation. In many situations, young seals are not vulnerable, but become vulnerable due to the inappropriate behaviour of local residents. “Repeated interactions with a seal can prevent the animal from resting, and the stress triggered by human presence can make the individual more prone to diseases or predation“, explains veterinarian Stéphane Lair of the Centre québécois sur la santé des animaux sauvages.

Additionally, the continual presence of humans in the pup’s environment breaks the bond between the mother and her offspring. “One must avoid the mindset whereby the young have been abandoned: human presence near the young frightens the mother, a seal left to fend for itself is concerning to local residents who try to help it by moving it or prodding it toward the water, which considerably reduces the chances that the female will return,” explains Dr. Lair. A certain percentage of young seals die every year, which is natural. The animal will have a greater chance of survival if it is left alone.

Keep dogs on a leash.

A dog left to roam free might approach the seal, increasing the latter’s stress levels and provoking aggressive reactions that might cause injury to your pet.

When should one call Marine Mammal Emergencies at 1-877-7baleine?

Seals’ lives are split between the water and the land, where they come to rest. It is therefore completely normal to see a seal out of the water. Even in the St. Lawrence’s Fluvial Section, the presence of these animals is no cause for concern; their range is vast, populations are numerous, and a number of individuals, particularly young animals, are curious and venture outside of their normal range.

Certain situations are problematic, however, and should be reported:

-If you see a seal with obvious signs of injury;

-If people are handling or attempting to interact with the seal;

-If the seal is showing aggressive behaviour toward the public.

With a detailed description of the situation and assistance from a volunteer, the Call Centre team can request the collaboration of local responders to enforce the law, which prohibits handling a marine mammal, and thereby help ensure public safety. A veterinarian could also assess the animal’s state of health. 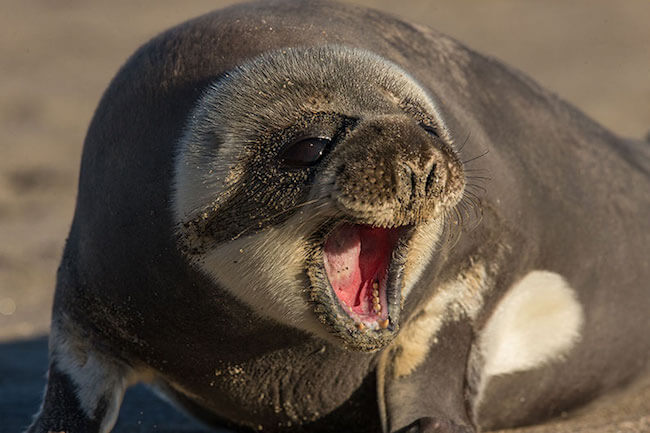 Seals are wild animals that can be aggressive, bite and transmit disease. Beware of the warning signs! © Jean-Pierre Desroches 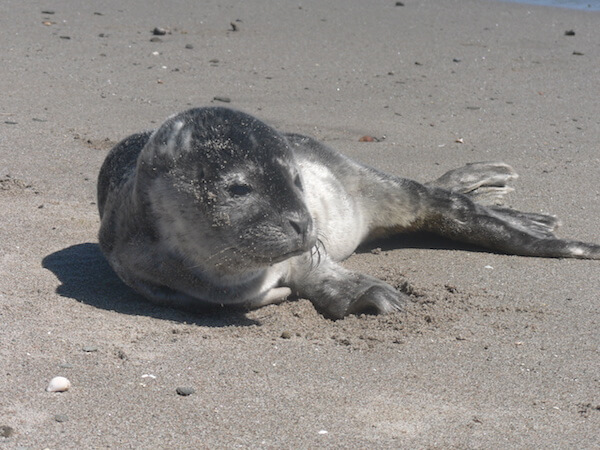