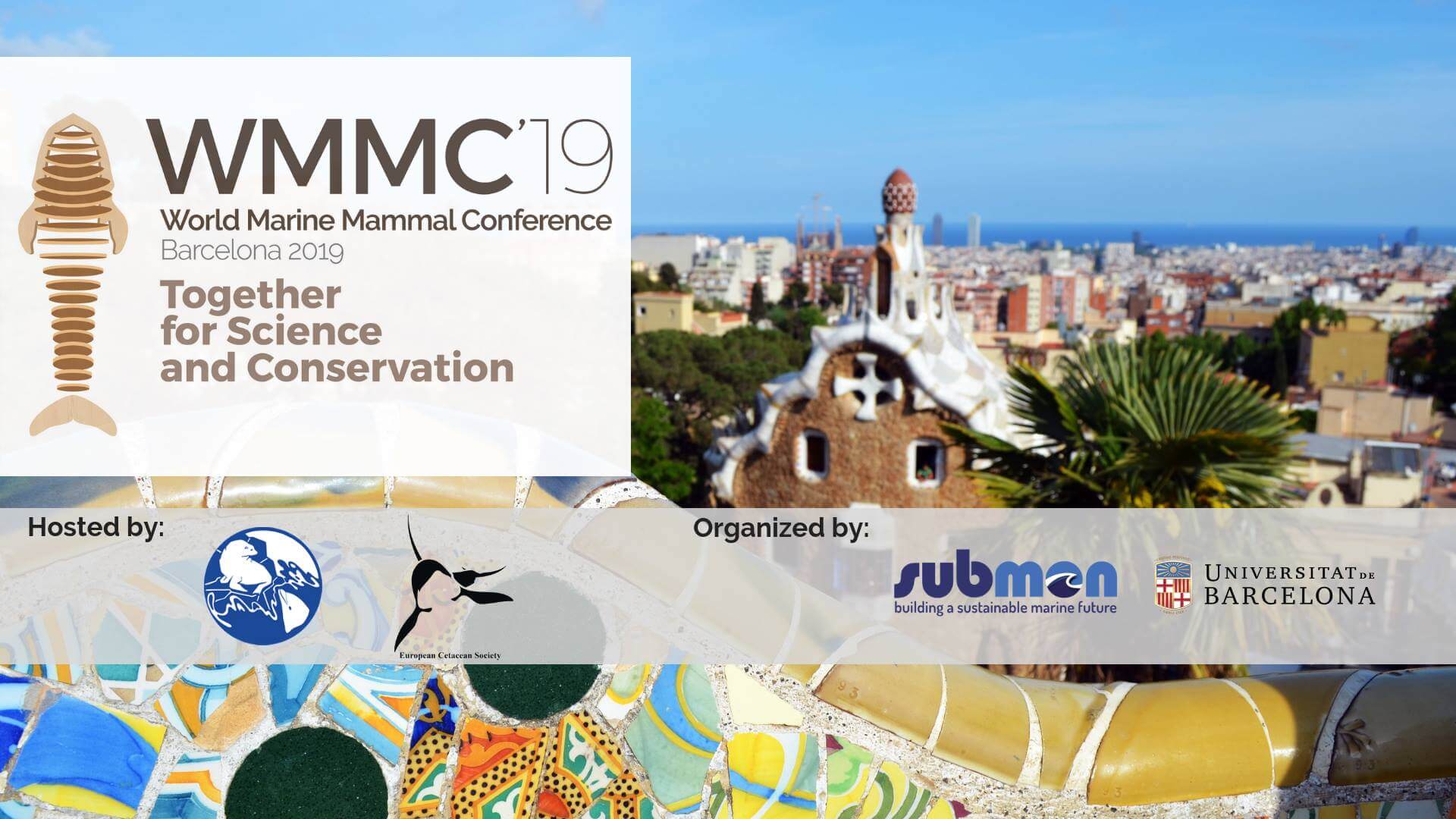 Some 2,500 biologists, veterinarians, conservationists and wildlife managers from 95 countries are gearing up to gather in Barcelona for the World Marine Mammal Conference from December 9 to 12. Organized by the Society for Marine Mammalogy and the European Cetacean Society and supported by SUBMON and the University of Barcelona, the conference will be held under the theme “Together for Science and Conservation”.

The event will be punctuated by three major theme-based presentations. The opening session will discuss climate change and its impacts on marine mammals, whether in the US, the Arctic, or in rivers inhabited by freshwater dolphins.

The second will focus on conservation interventions. From Cambodia to Mexico, how can we reconcile the protection of endangered cetaceans with legal and sometimes illegal fishing practices? Should we move populations out of an environment that is deemed too dangerous? Should animals be vaccinated when they are affected by an epidemic? With probing ethical questions and case studies, this plenary session promises to make people think.

The final plenary session will address the challenges of marine mammal research in less economically developed countries. This overview will help gauge the titanic efforts of groups from Asia, Africa and South America that often work with scant resources and little interest from governments and local populations to protect fragile environments in the context of rapid industrialization.

The St. Lawrence in Barcelona

The organizers received over 1954 proposals for papers from around the world. Of the 627 selected, the whales of the St. Lawrence are well represented. The event will feature some 20 papers and posters on these whales and their environment thanks to the involvement of various groups, organizations, ministries and universities that have collaborated to collect, analyze, put into perspective and publish data.

For those who work with marine mammals, such a conference is an opportunity to discuss research and conservation practices at the international level, test new hypotheses, learn from actions being implemented elsewhere and identify new talents. It is also an opportunity to showcase one’s own work.