Who wants to play beluga researcher? 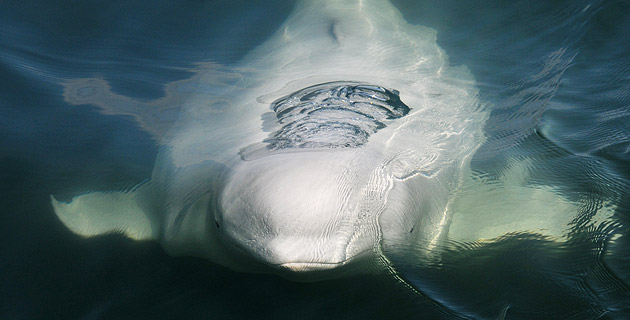 Research projects on this emblematic animal of the St. Lawrence provide a means of monitoring the health status of the ecosystems. © GREMM

A team of researchers from Manitoba needs your eyes to sort through thousands of underwater photos of belugas. Are you ready to discover what lurks below the water surface? You’ll see how easy it is to get wrapped up in the game!

For many whale researchers, the field season is coming to an end, but the research is far from over. All the data collected during the summer (photos, videos, biopsies, etc.) now need to be classified and analyzed. That’s one colossal task! But what if ordinary citizens, even if they lack scientific training, could participate in the task while having fun…

Since the summer of 2016, the organization explore.org has been filming what goes on underwater in the Churchill River Estuary – using an underwater camera attached to a boat – and broadcasting live images to the public. Viewers can take photos from their computer whenever they see belugas. Over 21,000 photos have been taken over the past two summers.

“This is a gold mine of data waiting to be analyzed,” says researcher Stephen Petersen, Head of Conservation and Research for Assiniboine Park Zoo. We therefore had the idea of ​​involving the public to help classify these photographs.”

Participants in the Beluga Bits project indicate how many belugas are present in the photos, whether the belugas are males or females, young or adults and whether they bear any particular markings that can be used to recognize them. Citizens are thus assisting researcher Stephen Petersen and his team determine which belugas frequent the estuary of the Churchill River, which flows into Hudson Bay, Manitoba. 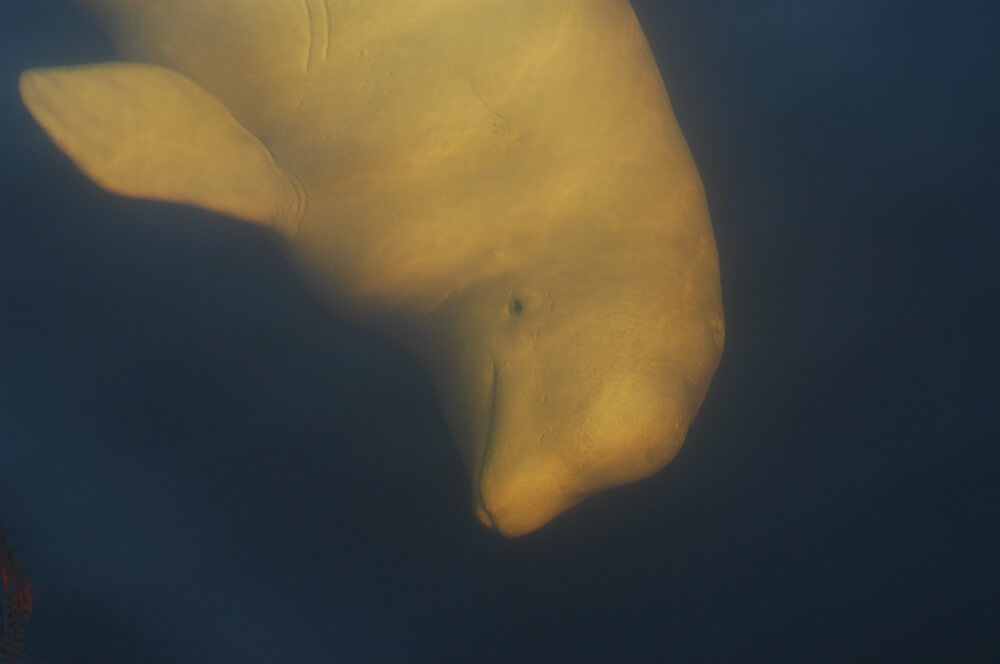 The largest summer gatherings of belugas occur in the estuaries of Hudson Bay, but researchers do not yet understand exactly what brings the animals to these estuaries. Are they good places to moult, care for their young or avoid predators? Understanding which belugas are found in the Churchill River Estuary will help researchers to formulate hypotheses about the use and importance of this habitat. And, if this project continues in the long term as researchers hope, we will be able to learn more about the health of this population. This information will allow managers to better protect the habitat of these small white whales.

Using the videos filmed by explore.org, viewers can take photos from their computer whenever they see belugas. © Beluga Bits

Public participation in scientific research activities is not new. For example, the Christmas Bird Count, an annual North American bird census, is in its 116th year and now involves more than 75,000 citizens.

The term “citizen science” was coined in the 1970s. Citizen science can be defined as “the general public engagement in scientific research activities when citizens actively contribute to science either with their intellectual effort or surrounding knowledge or with their tools and resources” (Socientize and the European Commission, 2014).

This participation can have multiple benefits. Citizens can acquire new knowledge and skills, not to mention a better understanding of scientific methods and approaches, all while having fun. Citizen science can also help participants develop a connection with the fauna or flora that inhabit their backyards or beyond – given that there are fewer and fewer distance limitations thanks to new technologies! – all while making a contribution to their recovery or protection. 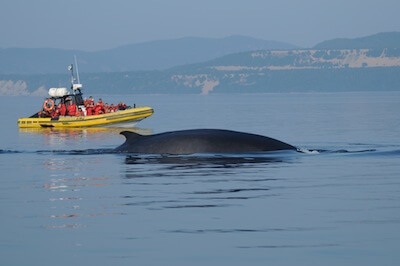 At sea or from the shore, citizens may photograph whales to help scientists identify them. © GREMM

Citizens represent a significant pool in terms of workforce and skills. “Over the past year, public involvement has resulted in the classification of a large number of underwater photos in relatively little time,” points out Stephen Petersen.

Without citizen participation, some research projects would not have the human or financial resources needed to go forward. In a study published in 2015, researchers analyzed 388 biodiversity-related science projects. According to their estimates, between 1.3 and 2.3 million people volunteer to participate in these projects, dedicating an average of 21-24 hours/person/year for data collection, which corresponds to an annual in-kind contribution of between US$667 million and $2.5 billion.

Both in Quebec and elsewhere, advances in computing and the increasing use of smart phones and GPS are helping to streamline collaborative work.

In Quebec, there are already several citizen science programs, including eBird Québec, the Quebec Breeding Bird Atlas and the Quebec Amphibian and Reptile Atlas.

Keeping a close eye on the Gulf of St. Lawrence and its Estuary 12 months a year, a number of volunteer observers report their marine mammal sightings to the Group for Research and Education on Marine Mammals (GREMM). These citizen observations are compiled and shared every week on Whales Online.

However, the bulk of the photo-identificationand monitoring work carried out on St. Lawrence belugas remains the responsibility of GREMM researchers, who currently spend 600 to 800 hours a year on data collection and between 2,000 and 3,000 hours a year to analyze these data. Although interested and curious to learn more about the ongoing experience in Manitoba, GREMM’s Scientific Director Robert Michaud is hopeful instead that recent developments in artificial intelligence and learning algorithms will soon make this gigantic task easier. 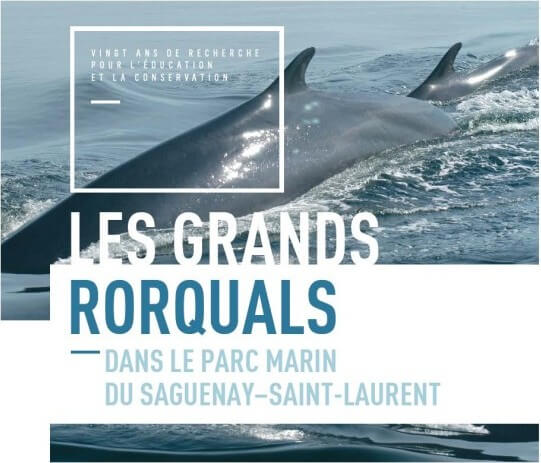 Photos taken by citizens may help create catalogs, like the one on large whales, edited by the GREMM.