Small white backs speckled the St. Lawrence with their presence this week. Thursday, May 12, at the ferry terminal in Rivière-du-Loup, a local resident was excited to see a group of 10 to 15 individuals pass by, including 4 brownish calves. Could these be newborn belugas, which are typically the colour of café au lait? “Not so fast,” replies Robert Michaud, GREMM’s scientific director. “Belugas are usually born between June and August, after a gestation period of 14 months. During our outings at sea, the first sighting of a newborn takes place on average around July 10-12.” The small belugas observed near Rivière-du-Loup are therefore probably one-year-olds, which French-speakers refer to as ‘bleuvets’ on account of their dark brown to bluish-grey colour. This shade will gradually fade with each passing year until the animal becomes pure white around the age of 12.

This striking colouring then becomes a visual signature that is easy to spot for anyone scanning the river with their binoculars. Belugas have been observed this week swimming in large groups off Essipit or alone opposite the wharf in Les Bergeronnes, passing in front of the Tadoussac dunes, or even feeding at high tide near Cap de Bon-Désir. And when belugas dive vertically, their caudal fin (tail) remains suspended for a few moments in the azure blue air. 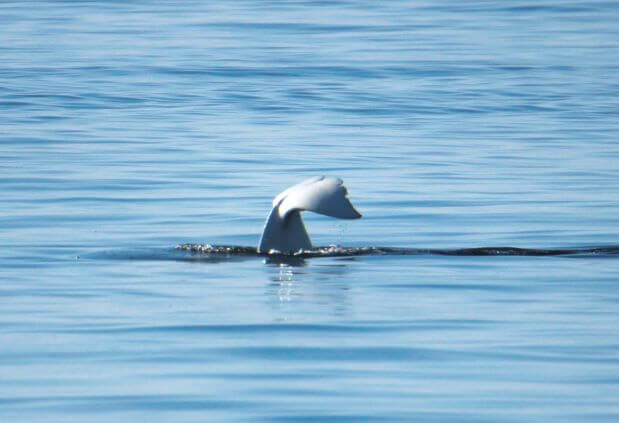 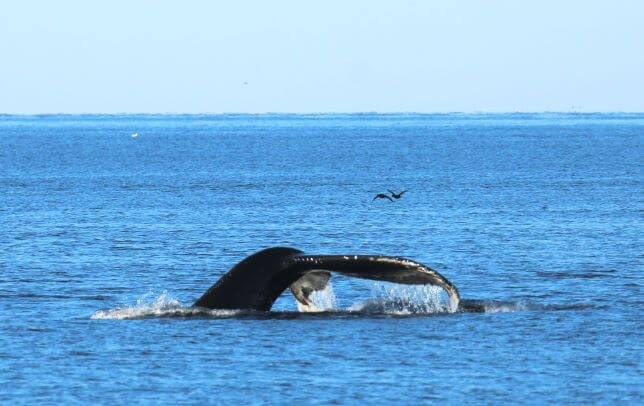 The caudal fin is one of the keys to identifying individual humpbacks. Indeed, each animal has a unique colour pattern. When a humpback whale dives and lifts its tail, it is as if it is showing its ID card. This is how photographer and naturalist Renaud Pintiaux was able to identify several known humpbacks this week in the Saguenay-St. Lawrence Marine Park, where whale-watching activities are gradually resuming. He thus photographed whales H887 – which he affectionately nicknamed ‘bulle’ (bubble) – and H947. 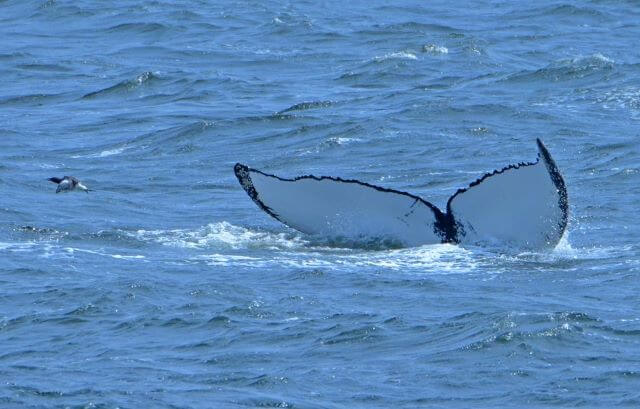 Many fin whales are also present, some of which have already been identified! Such is the case, for example, for Ti-Croche, descendant of the famous Captain Crochet, or Bp929, also known as ‘Omega,’ whom researchers have known since 1985! In these cases, on must rely instead on the pattern of their right chevron and the shape of their dorsal fin to recognize them, since fin whales do not often show their tails. 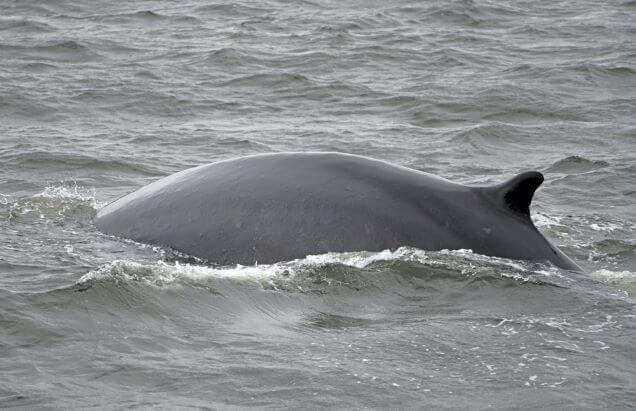 Observations from shore have also been rich. On May 13, from Cap de Bon-Désir in Les Bergeronnes, an avid birder reports the presence of a minke whale, a humpback whale, and two harbour porpoises. An amateur photographer based in Essipit notes the passage of a minke whale on May 13, a different minke whale and a harbour seal the next day, followed by two fin whales on Sunday.

But whales are not limited to the marine park. All up and down the St. Lawrence, sightings are on the rise. Admittedly, not exactly everywhere, as the two adventurous minke whales observed in Montréal last week appear to have turned back, which is a good thing. All the same, one resident of Saint-Irénée in the Charlevoix region had the pleasure of seeing a minke whale pass in front of her house, this past Sunday, May 15. “It was swimming quite close to the shore, heading east.”

In Petits-Méchins, a resident regularly observes seals resting on the rocks. “They always arrive in the spring and spend the summer here,” she points out. Almost directly opposite, on the other side of the estuary, in Franquelin, three minke whales put on a show. “There were three individuals feeding amidst the diving gulls, so close to shore, perhaps attracted by the capelin. One of them turned on its back as it was taking a gulp, showing its white and rosy belly. That was the highlight of my week!”

Farther north, off the coast of Havre-Saint-Pierre, we received word of one minke whale and three harbour seals. In the Gulf of St. Lawrence, aerial surveys conducted by Fisheries and Oceans Canada have revealed the presence of at least one representative of an emblematic species: a North Atlantic right whale. Lastly, in the Magdalen Islands, minke whales have made a few appearances. 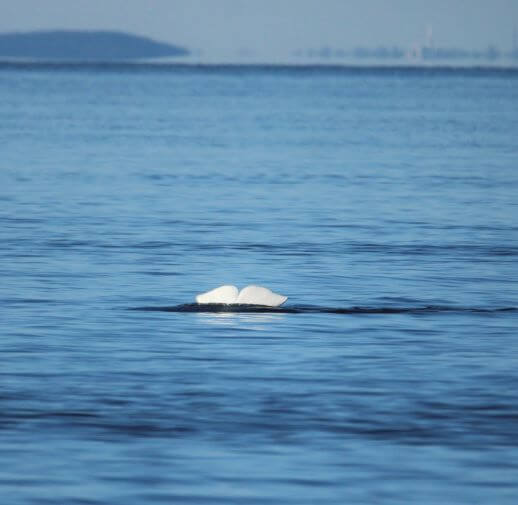 Share our observations and photos by writing to us at [email protected] or on our Facebook page.