What NASA data can tell us about mass strandings 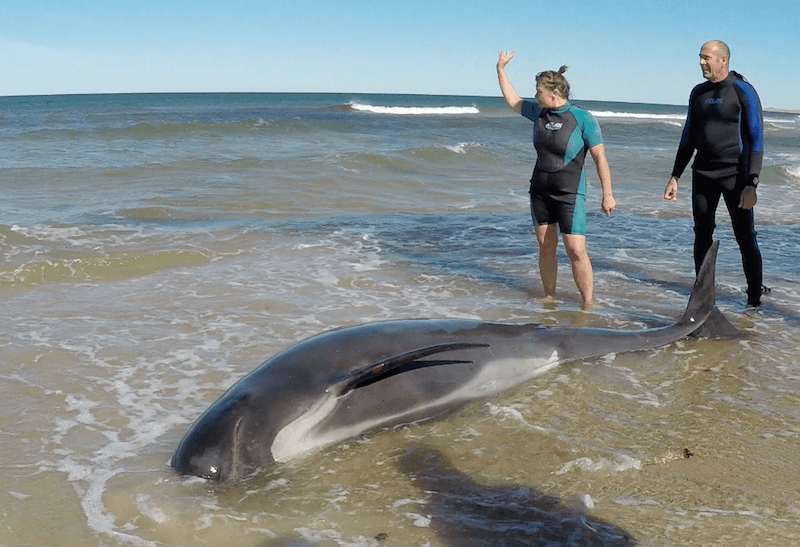 "If we can determine what conditions promote strandings and develop an alert system that recognizes when those factors are coming together, then stranding networks in different areas can prepare for the event and get rescue efforts on the ground sooner.” says Katie Moore, from IFAW © Luc Miousse

Solar storms are not the primary cause of mass cetacean strandings in Cape Cod Bay, claims a new study conducted by the National Aeronautics and Space Administration (NASA), the Bureau of Ocean Energy Management (BOEM) and the International Fund for Animal Welfare (IFAW). The research team is now seeking the collaboration of other scientists to identify the complex set of factors that contribute to mass strandings, with the hope of one day predicting these events and acting proactively.

Scientists have been researching the causes of mass strandings in whales for years. A few months ago, Whales Online presented the results of a study suggesting that solar storms may have played an important role in the stranding of 29 sperm whales in the North Sea in early 2016. Could it be that, on a global scale, solar storms – events of intense solar activity during which particularly high quantities of charged particles can strike and deform the Earth’s magnetic field – are the main cause of mass strandings? Researchers specializing in various fields ranging from astrometeorology to marine biology have superimposed their data in an attempt to answer this question.

The team first focused on Cape Cod – the largest mass stranding site in the United States – and analyzed nearly two decades of IFAW data on strandings in the region, as well as NASA land and space data.

This analysis did not reveal a causal link between disturbances to the Earth’s magnetic field and mass strandings. “We’ve learned so far there is no smoking gun indicating space weather is the primary driver,” states Antti Pulkkinen, research astrophysicist at the Goddard Space Flight Center, in a NASA press release. “But there is a sense that geomagnetic conditions may be part of a cocktail of contributing factors.”

Plunging deeper into the great enigma of mass strandings, the team decided to broaden its analysis and include additional oceanographic and atmospheric data sets from NASA. The team itself has also grown to include specialized staff in various fields such as statistical analysis.

She continues, “If we can determine what conditions promote strandings and develop an alert system that recognizes when those factors are coming together, then stranding networks in different areas can prepare for the event and get rescue efforts on the ground sooner.” In Cape Cod Bay, IFAW implemented a response program that increased the survival rate of stranded animals from 14% to 75% in approximately 30 years. Switching from a reactive approach to a proactive approach could help increase the survival rate even further.

According to BOEM biologist Desray Reeb, a study of the factors contributing to strandings should be carried out wherever these types of events are frequent. It is likely that the factors are the same on a global scale, but that they are not of equal importance. The team’s priority is therefore to pave the way for future studies by developing methods for storing and analyzing multiple data sets. They are considering creating an open-source code tool that would allow scientists around the world to collaborate and study strandings in their area in the same manner.