What makes the St. Lawrence so productive? 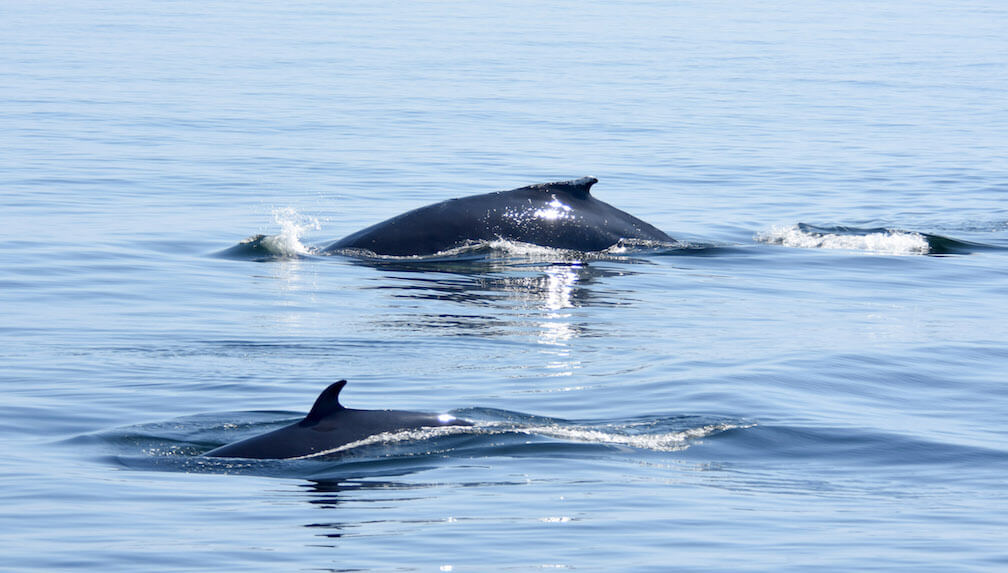 A minke whale and a humpback whale swim next to each other. © GREMM

The St. Lawrence River is known for its rich waters and high production of phytoplankton, the basis of the food chain. This high primary productivity is due to an oceanographic phenomenon that occurs at the head of the Laurentian Channel. Deep waters are driven against the current from the Atlantic to the Gulf of St. Lawrence and the Gaspé, and are pushed up to the surface by the Gaspé Current.

Known as “upwelling”, this phenomenon is characterized by deep, cold waters being drawn up to the surface. These waters, often rich in decomposed organic matter, act as fertilizer for phytoplankton (microscopic algae). Thanks to the sunlight accessible at the surface and this nutrient intake, this phytoplankton then serves as a first link that will transform the surface waters into a giant smorgasbord for marine wildlife: zooplankton, fish, seabirds, seals, whales, etc.

The upwelling phenomenon may occur at various locations in the oceans, both far offshore and near the coasts. This, among other things, explains the high productivity of the west coast of the United States. In this region, winds blowing from the north push the surface water to the right under the Coriolis effect. The deeper waters are drawn up to replace surface waters, bringing with them nutrients from the ocean depths. Upwelling can also occur due to the particular topography of a site such as an underwater obstruction. This is the case of the St. Lawrence. The shoal located at the head of the Laurentian Channel, opposite Tadoussac, where the famous Prince Shoal Lighthouse is located, forces deep water to come to the surface under the influence of the tides. Deep waters can also rise to the surface under the action of strong offshore winds, a passing tropical cyclone or eddies in ocean currents.

Although upwelling zones account for only about 5% of the total area of the oceans, these highly productive areas supply more or less 50% of fish catches globally.

Scanning the vast, nutrient-rich waters of the St. Lawrence, any keen-eyed observer may ask a very simple but essential question…