What kind of seal is that? 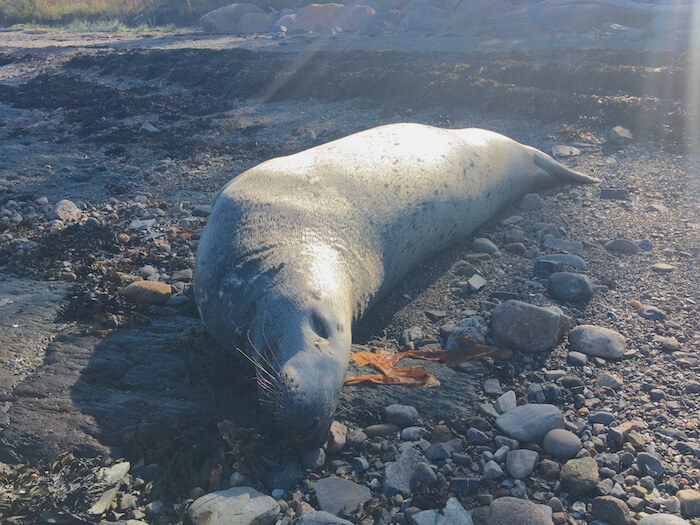 One observer reported a seal carcass found in Cacouna to the Marine Mammals Emergencies call centre. What species is it? Here is a brief guide to identify the most common species of pinnipeds found in the St. Lawrence. Note that these criteria are also valid for identifying live seals!

First and foremost, the coat is the best clue: is it spotted or uniform? Are the spots well defined or rather contour-less? Is the fur cream- or charcoal-coloured?

The coat of the harbour seal is diagnostic: white lines forming well-defined rings on a dark background. The coat pattern in gray seals is more subtle. This species has a black-and-white spotted coat, with a less well-cut pattern of blotches as the white lines are not well defined, explains Jean-François Gosselin of Fisheries and Oceans Canada.

The harp seal, on the other hand, is the easiest to recognize in adulthood: the body is cream-coloured, except for the head which appears to be draped in a black balaclava, while its back shows an impressive horseshoe-shaped mark.

Young harp seals change their coats several times. At birth, they are covered with thick, fluffy white fur. After two weeks, this thick coat gives way to shorter, spotted fur that will look almost the same until the age of four, after which the horseshoe pattern appears. 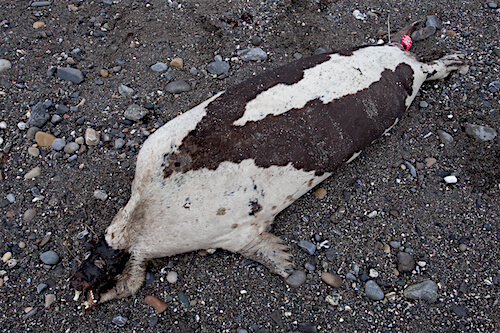 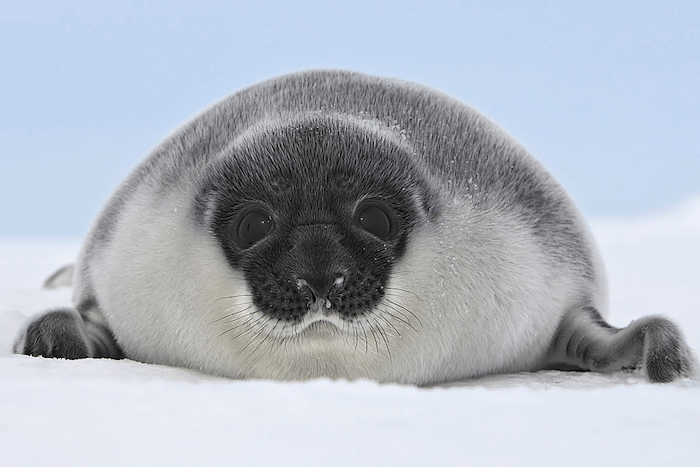 The hooded seal, which is more rare, is also easy to identify, even without a photo! Juveniles are nicknamed “blue-backs”, due to their bluish-gray coat, like a cape on their back that contrasts sharply with the creamy belly. Another unique criterion: the dark, raccoon-like face mask. In adulthood, hooded seals are often described as having a cow-like coat. Their imposing size is also a good clue.

The shape of seals’ heads are also distinct from one species to another. 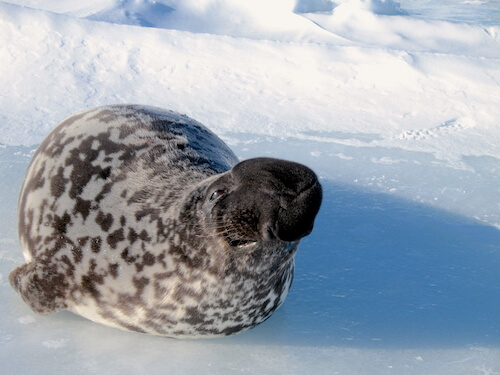 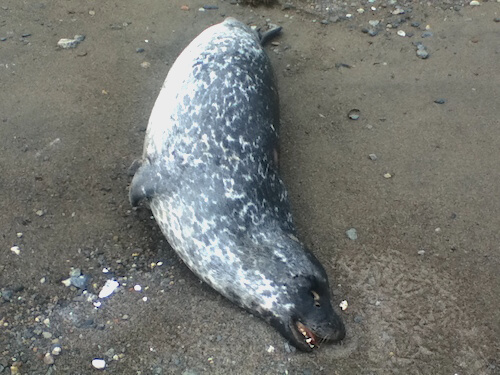 If the carcass is in a state of advanced decay, the skull remains an essential part of the body to confirm the species. Attention must be paid to the teeth of the lower mandible.

Remember that a picture is worth a thousand words! If you find a seal carcass on shore, you can try to identify it with these criteria, but if you send a photo of the carcass (including the body, head and teeth), the call centre team will be able to identify the species in question. This information is essential for acquiring knowledge about seal carcasses. 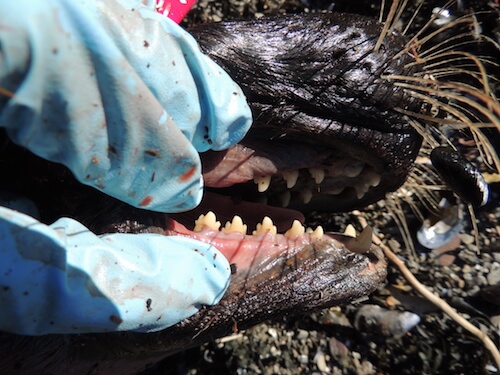 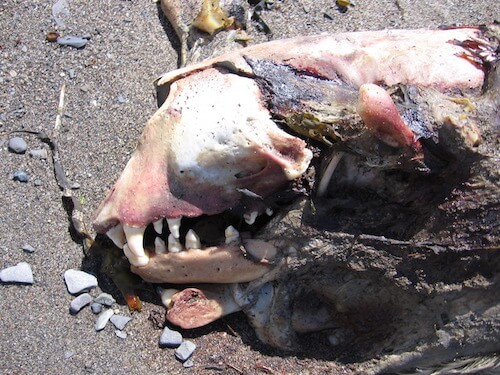 Other resources for seal identification: