What is it that I see? 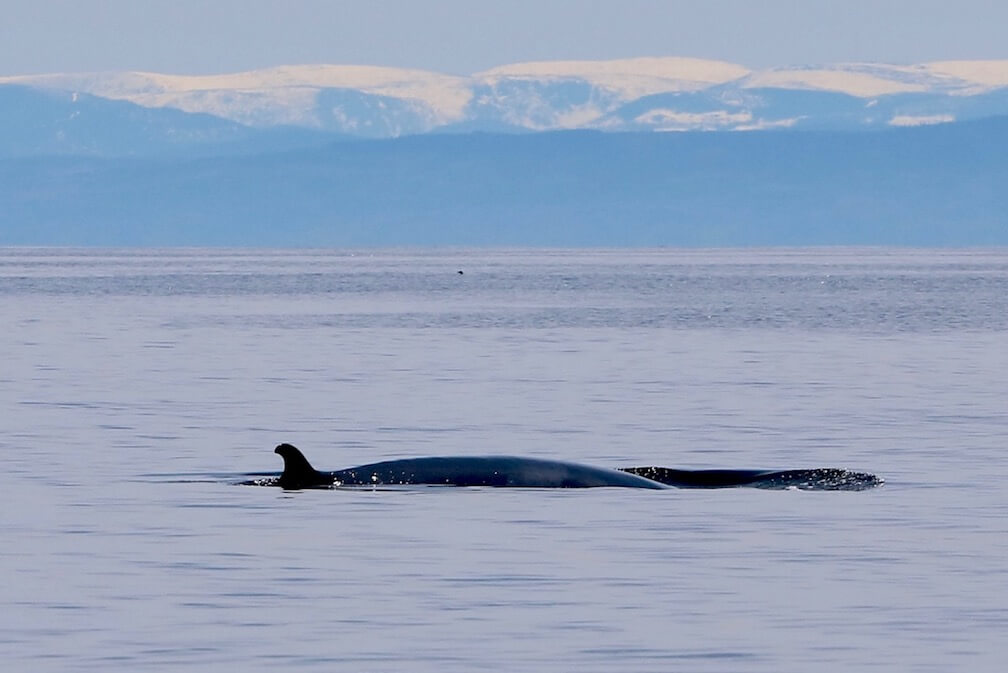 One of the challenges of whale watching is how long it takes for but a fraction of a body to appear on the surface. Oftentimes, a whale will only show 10% of its back for just a few seconds when it surfaces to breathe. Sometimes observers are so spellbound they are left wondering what species has just passed in front of their eyes.

This is what happened on March 24 at Cap-des-Rosiers in the Gaspé Peninsula. A local woman observes a black dot emerge on the smooth, calm sea. Definitely a whale, but of what species? Six to eight minutes later, the whale surfaces again, only farther away this time. Intrigued, the woman asks her neighbour and her neighbour’s mother to keep their eyes peeled for what she believes to be a minke whale. Despite three pairs of eyes staring at the water, the animal was not to be seen again. Two days later, the same resident spots another whale from her home, a humpback this time. Is this one of the individuals that was present last week? That’s one possibility, or it could be a newcomer to the Gulf of St. Lawrence.

Some of the faster-swimming humpbacks may already be on the verge of completing their migration. In the Gulf of Maine in the United States, humpback and fin whales are beginning to be seen in large numbers. North Atlantic right whales have also invaded this gulf. On March 21, a single aerial census off Cape Cod tallied 89 individuals, or about a quarter of the estimated population! It is therefore very possible that right whales will be entering the Gulf of St. Lawrence in the days and weeks to come. On March 30, about 50 individuals of this species were seen swimming near Nantucket, as were three humpbacks and three fin whales. 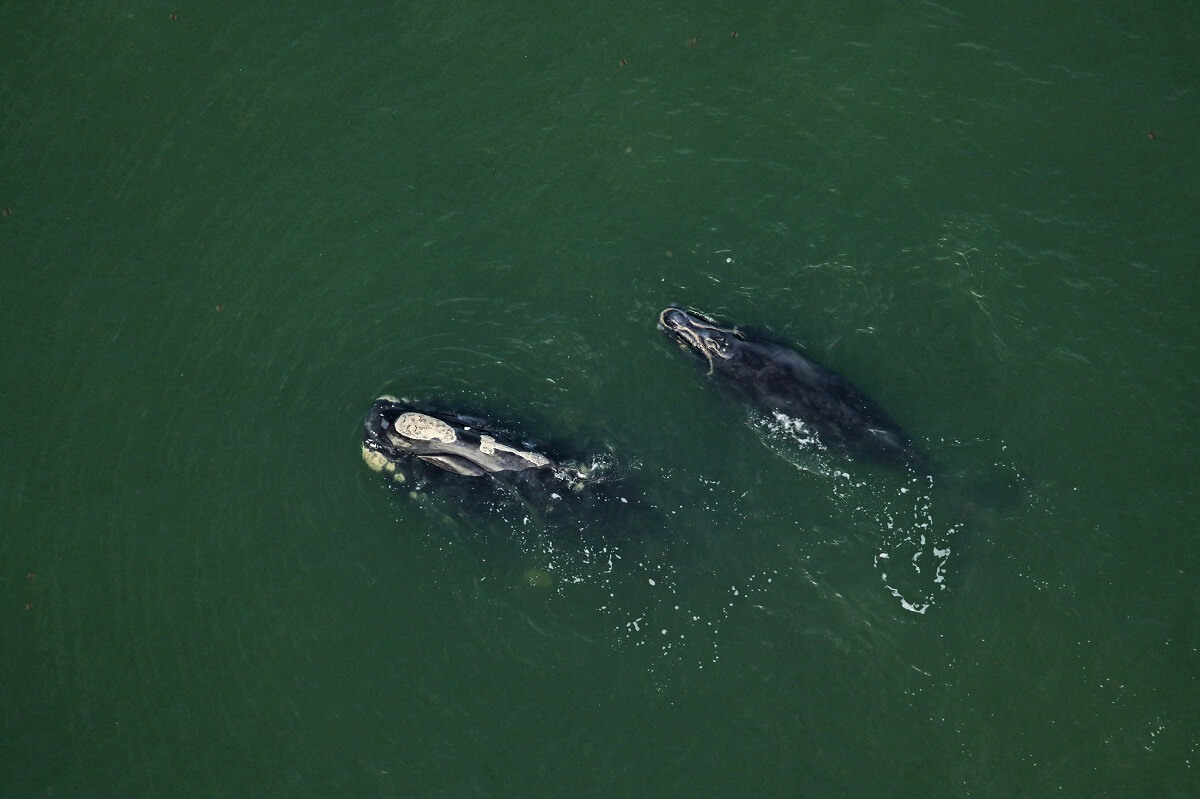 Female Minus One with her calf. They could spend the summer in the gulf of St. Lawrence. © FWC avec permis NOAA 20556-01

What’s happening with its skin?

Two birders based in Rivière-Ouelle are “interrupted” by the arrival of a herd of belugas in their field of view. Usually, the couple watches sea mammals only half-interestedly, preferring the multi-hued plumages of birds to the smooth skin of whales. But one of the animals captures their attention. Its dark skin is covered with paler spots. A narwhal? The small whale approaches within 100 metres of the dock and lifts its tail as it dives, leaving a cloud of bubbles behind.

The shape of its tail intrigues the observers. It is more rounded than that of whales. Then, a little farther away, a second dark and spotted individual emerges. For half an hour, one of the birders manages to follow these small whales. She photographs them and sends the images to GREMM with the somewhat crazy hope that she witnessed two narwhals amongst the belugas. Instead, researchers inform her that she saw a bluevet, which is what French-speakers call a second-year calf! This colouring stage occurs after the first year of a beluga’s life and can last until its third year. Although we are used to imagining belugas as completely white, this species changes colour between birth and adulthood, acquiring its emblematic white colouring between the ages of 12 and 16. This change in pigmentation adds a further layer of complexity for researchers attempting to identify individual belugas, as some markings can fade over time. 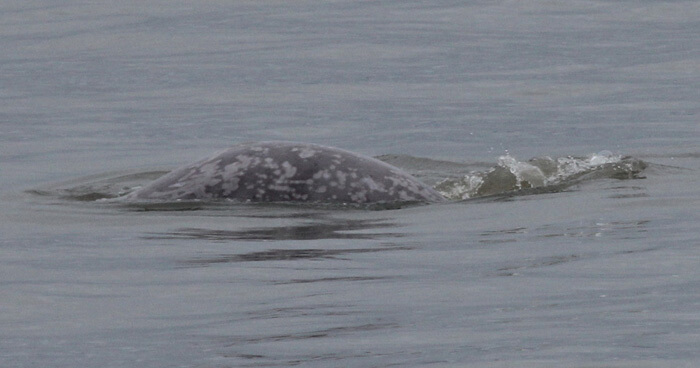 Spots are part of the normal colour change process in belugas. © Claude Auchu 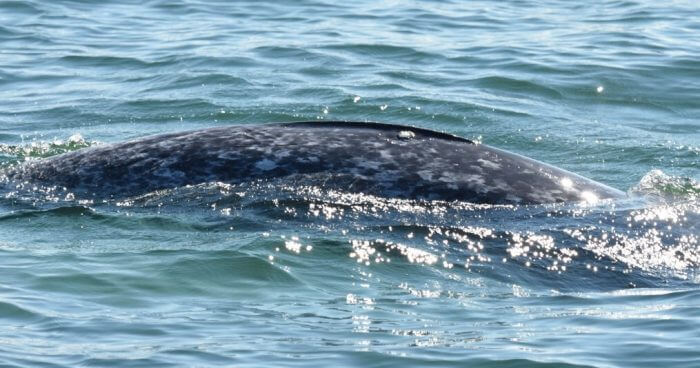 A narwhal’s spots are tighter, giving the animal an almost scaly appearance. © GREMM

In Saint-Siméon, a local resident is surprised to see white belugas accompanied by younger greys on March 27. Elated, the observer rushes outside barefoot to film his sighting. He counts about ten individuals that, by their very presence, are a sign that spring has arrived.