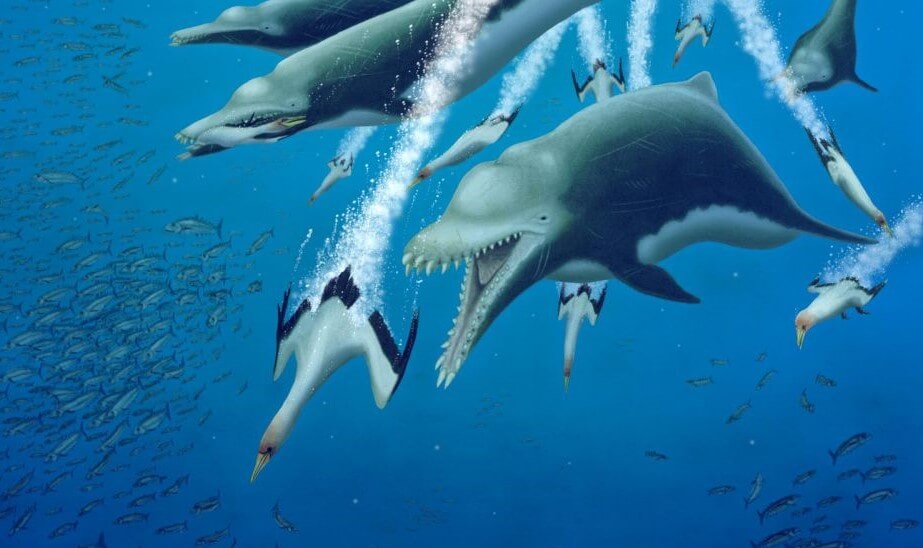 In 2020, a fossil dating from the Oligocene was studied in South Carolina by a US research team. The fossil is that of an ancestor of the dolphin family named Ankylorhiza, a formidable predator from the Cenozoic era. This extraordinary skeleton provides a better understanding of the evolutionary period of animals that feed by means of filtration and echolocation like few other fossils have done to date.

Unearthed in 1990, the fossil has been entrusted to the Mace Brown Museum of Natural History in Charleston, South Carolina (US). The ensuing findings have recently been published in the scientific journal Current Biology.

The first whales appeared some 50 million years ago. Ankylorhiza tiedemani, an extinct species of dolphin with individuals measuring about 4.5 m, is believed to have lived 25 million years ago! A valuable discovery, the fossil provides important clues on the swimming adaptations of today’s whales.

In the article, researcher Robert Boessenecker of the College of Charleston in South Carolina and his team explain that mysticetes and odontocetes (including dolphins) have developed similar adaptations to achieve comparable swimming techniques. These changes occurred independently. Today there are two orders of cetaceans, namely odontocetes (toothed whales) and mysticetes (baleen whales). They have a common ancestor, but the following adaptive traits were not present originally: the shorter tail, the larger number of caudal vertebrae and the shorter humerus of the fins. The Ankylorhiza fossil shows that these evolutions took place in the two orders in parallel.

The researchers point out that these adaptations are quite unique. For example, they cannot be seen in the lineages of other marine mammals such as seals or sea lions.

Other fossils have also been analyzed. The study of the skulls of several species of whales is bringing major advances in the understanding of echolocation. Echolocation, a technique used to hunt prey, amongst other things, is a skill that toothed whales have been able to develop over thousands of years. It consists of emitting and receiving sounds to help the animals get a sense of their surroundings.

A study conducted by multiple researchers, including several from London’s Museum of Natural History, compared the skulls of 84 individuals of present-day cetacean species with those of 78 cetaceans of now-extinct races.

Lead researcher Ellen Coombs mentions that toothed whales are known to have asymmetric skulls. This feature is rather unique in the animal kingdom and is characterized by the presence of a great deal of soft tissues that allow the animals to pick up the echoes of the sounds they emit in order to locate their prey. According to the study, the evolution of these soft tissues (over the past 30 million years, according to the studies) has created the asymmetry of the skull that allows odontocetes to use echolocation. This evolution is believed to be related to the hunting techniques used by these animals. 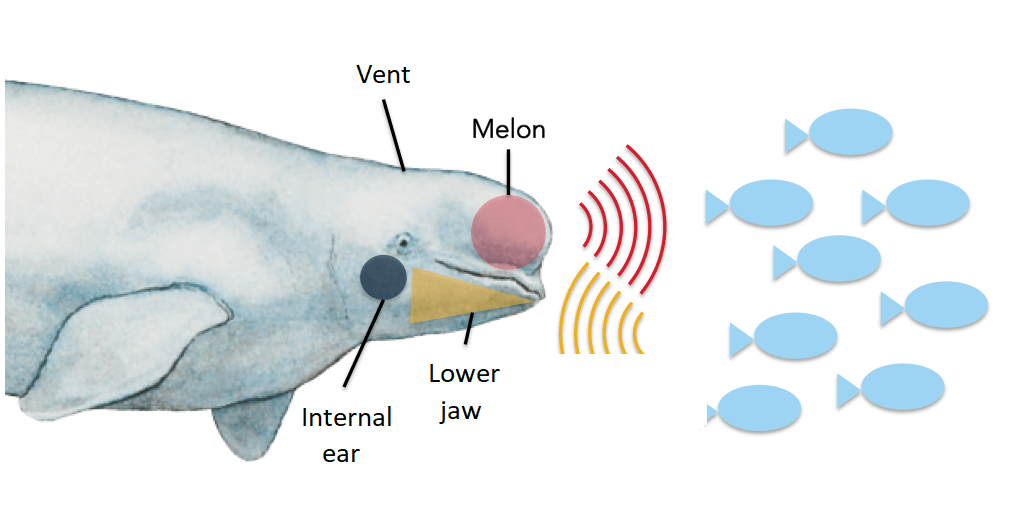 Echolocation compensates for the lack of visibility in the water for toothed whales. ©GREMM

As for baleen whales, their skulls still show asymmetries, but to a lesser extent. Despite these characteristics, researchers still have serious doubts regarding their ability to have already been able to emit the ultrasound necessary for echolocation.

The process of considerably reducing these skull “deformities” required to capture ultrasound remains unclear to scientists. The team speculates that mysticetes skulls may yet undergo further modifications similar to those of toothed whales to improve echolocation abilities in future generations.

This fossil therefore provides insight into some of the many stages of evolution that have occurred over the span of more than 23 million years. The bones of this Ankylorhiza reveal the remarkable adaptability of these cetaceans.