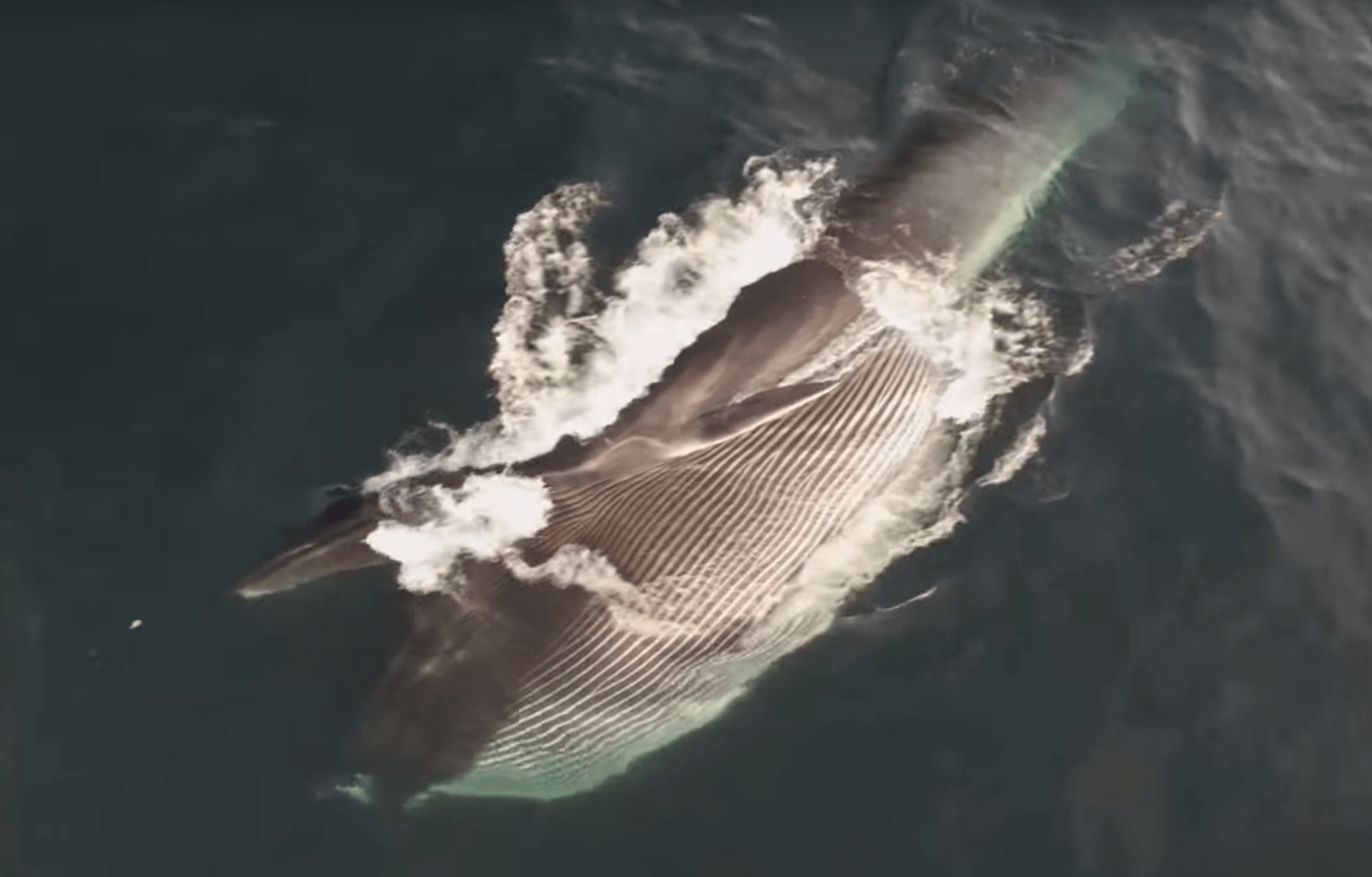 The scientific team from EDMAKTUB filmed unprecedented images of fin whales surface feeding off the coast of Garraf, Spain. Captured using a drone, the video will allow marine biologists around the world to learn more about the feeding habits of these cetaceans: their habits and movements, their strategies, the energy intake required to offset the energy spent feeding, the effects of human activity and climate change on the giants’ diet, etc. In fact, it is by better understanding the animal as a whole that we can offer it the best protection.

Watching these behemoths feed is breath-taking! But what exactly do we see? First, they turn onto one side. Then they accelerate and open their mouths to take in thousands of litres of water and tiny prey. At this point, their lower jaw is then hanging practically perpendicular to the body as if it were dislocated, and the throat pouch actually touches the abdomen.

In the video, one can see that in fin whales, the colouration of the lower jaw is asymmetrical – the left side is dark while the right side is pale. According to some experts, the animal turns onto its side to present the pale side of its jaw, which serves as a sort of camouflage and allows the whale to take its prey by surprise.
When a fin whale takes a gulp, water rushes in to fill its ventral pouch at a rate of 20 m3/s. After just six seconds, it closes its mouth, which then contains about 70,000 litres of seawater! Then, in less than a minute, it filters out the water through its baleen to retain only the prey, which it swallows whole. The belly then resumes its usual shape.

It is first the brain that receives information from the vibrissae located on the fin whale’s mouth, which serve to detect prey in the water. The operation is then orchestrated by a grapefruit-sized sensory organ in the soft tissues connecting the animal’s mandibles, which in turn sends a message to the brain to initiate and coordinate the prey-capture process.

Each filtering allows a fin whale to engulf 10 kg of food, and a single individual can consume up to 1,800 kg a day. The phenomenon is extraordinary to witness, especially when you know all the mechanics hidden under those tons of flesh, muscle and fat!