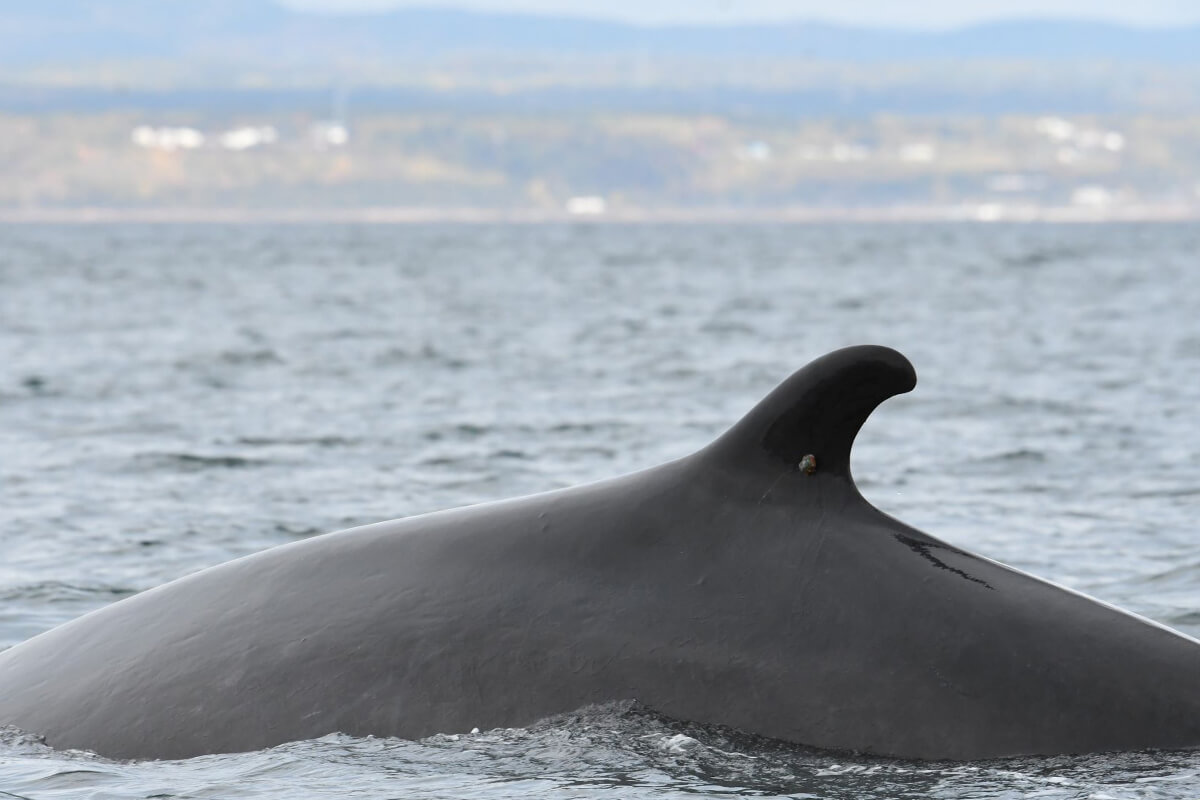 From Cap de Bon-Désir in Les Bergeronnes, Renaud Pintiaux counts two humpbacks and eight fin whales through his binoculars on October 22. “You can see their spouts with your naked eye, but to really observe the whales well, it’s better if you have binoculars,” he comments. A Fisheries and Oceans Canada vessel is in proximity to the fin whales. Crew members on board are attempting to place a satellite transmitter on one individual to track the fall and winter movements of the population as a whole. They use an air gun to attach a transmitter to the animal’s dorsal fin. Two titanium darts enter the cartilage and hold the tag in place until they are rejected by the animal’s body. Four fin whales have already been fitted with a transmitter in the past few days off Cap de Bon-Désir. Amongst them, Bp903 and Bp955, a.k.a. “Ti-Croche”.

Carried out in collaboration with Richard Sears of the Mingan Island Cetacean Study, this project is in its sixth year. Since 2014, 15 satellite transmitters (maybe even 16 if it was a good day!) provide or have provided the positions of animals. “So far, the longest deployments for fin whales have been three months. For blue whales, we’ve already had up to six months. The tags have made it possible to track certain fin whales out of the Gulf, but none so far has ventured beyond the Scotian Shelf,” explains Véronique Lesage, scientific researcher and whale expert for Fisheries and Oceans Canada. And this fall, where have the fin whales gone so far? “Of the tagged animals, some had left the “fin pit” [Editor’s note: the area around the southern underwater cliff, opposite Cap de Bon-Désir] last week for the sectors around Les Méchins, Forestville and east of Pointe-des-Monts, but they have all turned back since. By October 19, they were in ‘the pit’ again.” 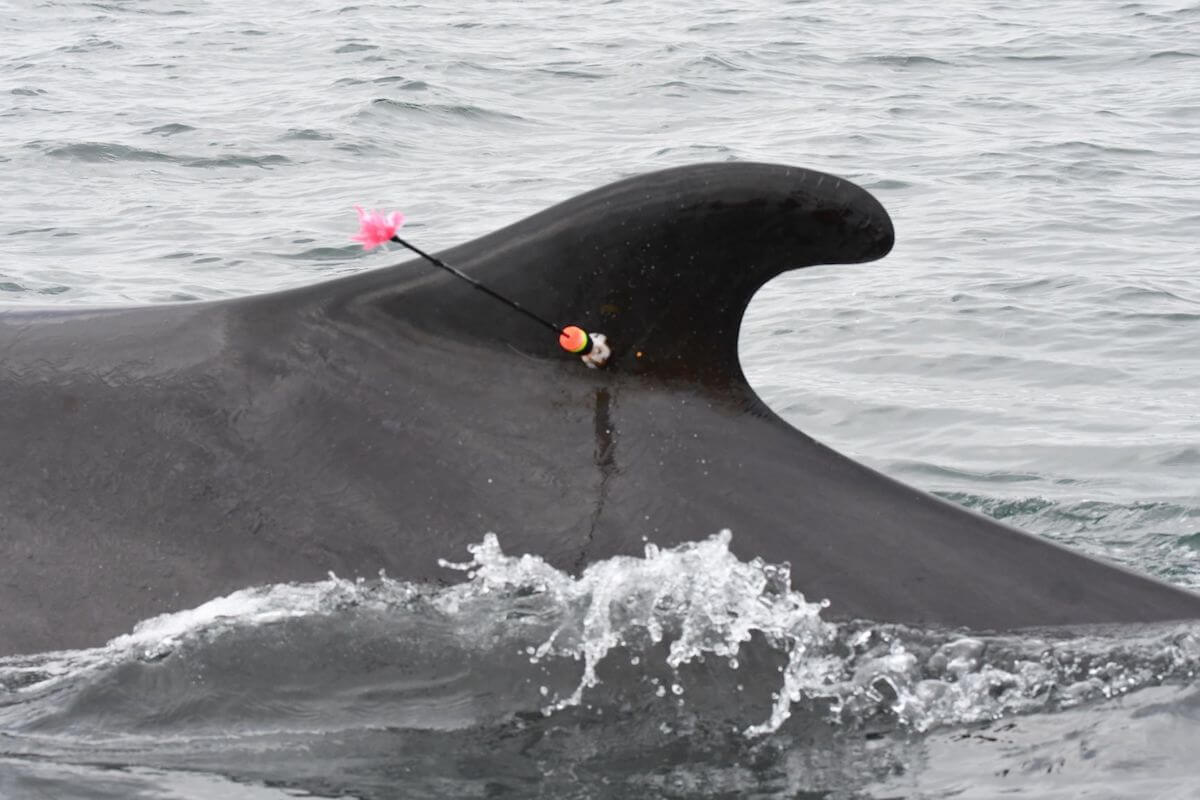 So when will these fin whales leave for their wintering grounds? Where is this area located? Will they all leave at the same time? Will they choose the same destination? To be continued!

The beluga that thought it was a humpback

During a trip out to sea on October 16, Renaud Pintiaux witnessed a mind-boggling behaviour: a beluga swimming with two humpback whales, H918 and another small humpback. “It was diving simultaneously as the two humpbacks, and surfacing at the same time as well,” he says in astonishment. Around the globe, sightings of whales of different species interacting with one another are sometimes reported. Play, cooperation, feeding opportunism: a number of hypotheses have been put forward to explain this peculiar behaviour. But the true answer could be something totally different! 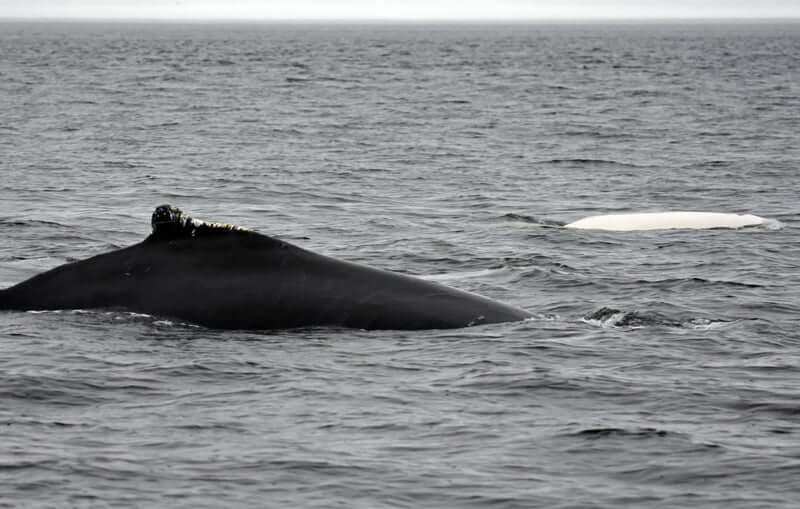 Marine mammals about to leave

After enjoying abundant sightings of minke and humpback whales opposite the town of Franquelin, one observer notes that whales are becoming increasingly rare in his area.

In Sept-Îles, sightings are dominated by those of blue whales. “But observing whales in the fall is not easy. The weather is so variable! Which means there can be long intervals between trips out to sea,” notes Jacques Gélineau, who surveys whales in his area. While he tallied 10 blue whales on October 17, four days later, he spotted just three. Are they gone? Will they return?

In the Gaspé Peninsula, spouts punctuate the horizon every morning for an observer in Cloridorme. On October 21, she even spots a whale tail from her house! Minke whales, on the other hand, have been swimming closer to shore.

Over the weekend, René Roy travelled to the Gaspé. Unfortunately, adverse weather conditions prevented him from  photographing for ID purposes the dozen or so fin whales and the lone humpback he saw off the coast of L’Anse-à-Valleau.The next day, from Cap Gaspé, he spotted two humpbacks and two fin whales, but the sea was too rough to navigate. “I’ll have to wait till 2021,” he concludes.

Off Île aux Fraises, not far from Kamouraska, grey seals rest and vocalize between two feeding sessions. Come winter, these seals will leave the Estuary and head toward the Gulf. Turn up the volume to hear them howl… You could even make this part of your Halloween soundtrack! Thanks to Laurence Lévesque, Parks Canada, for the video. 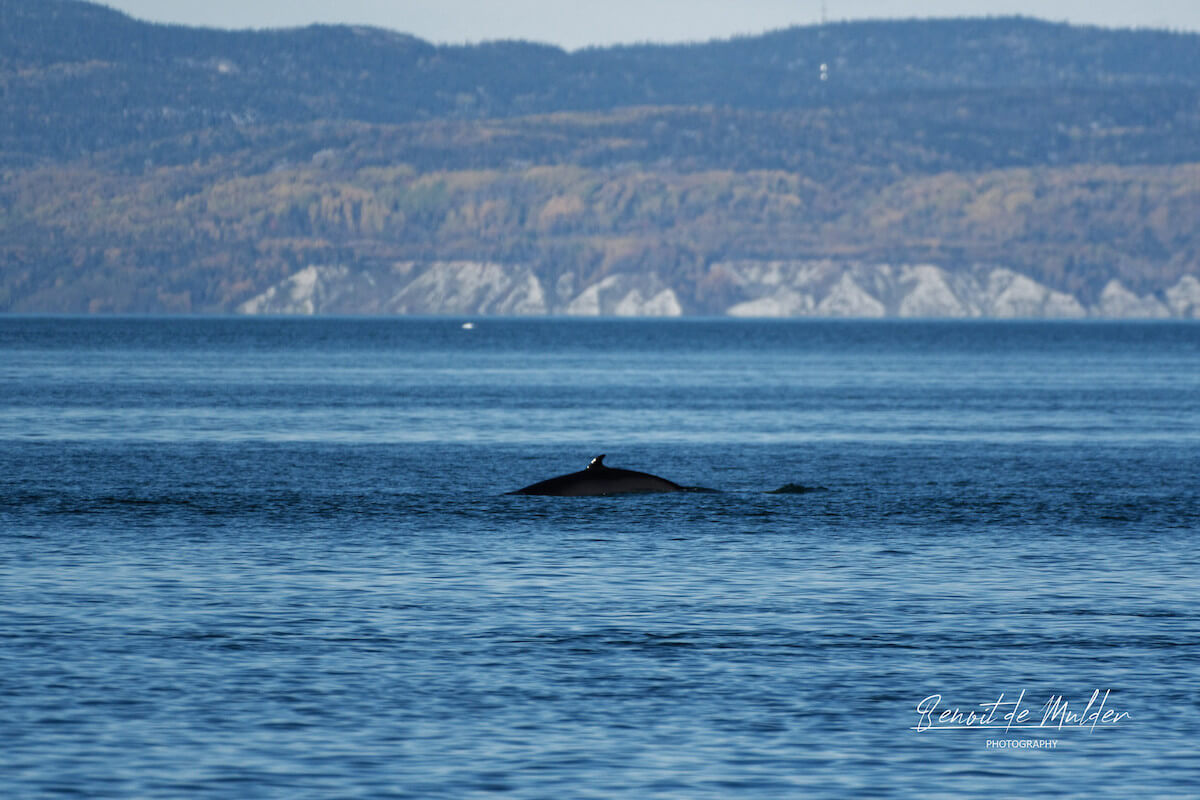 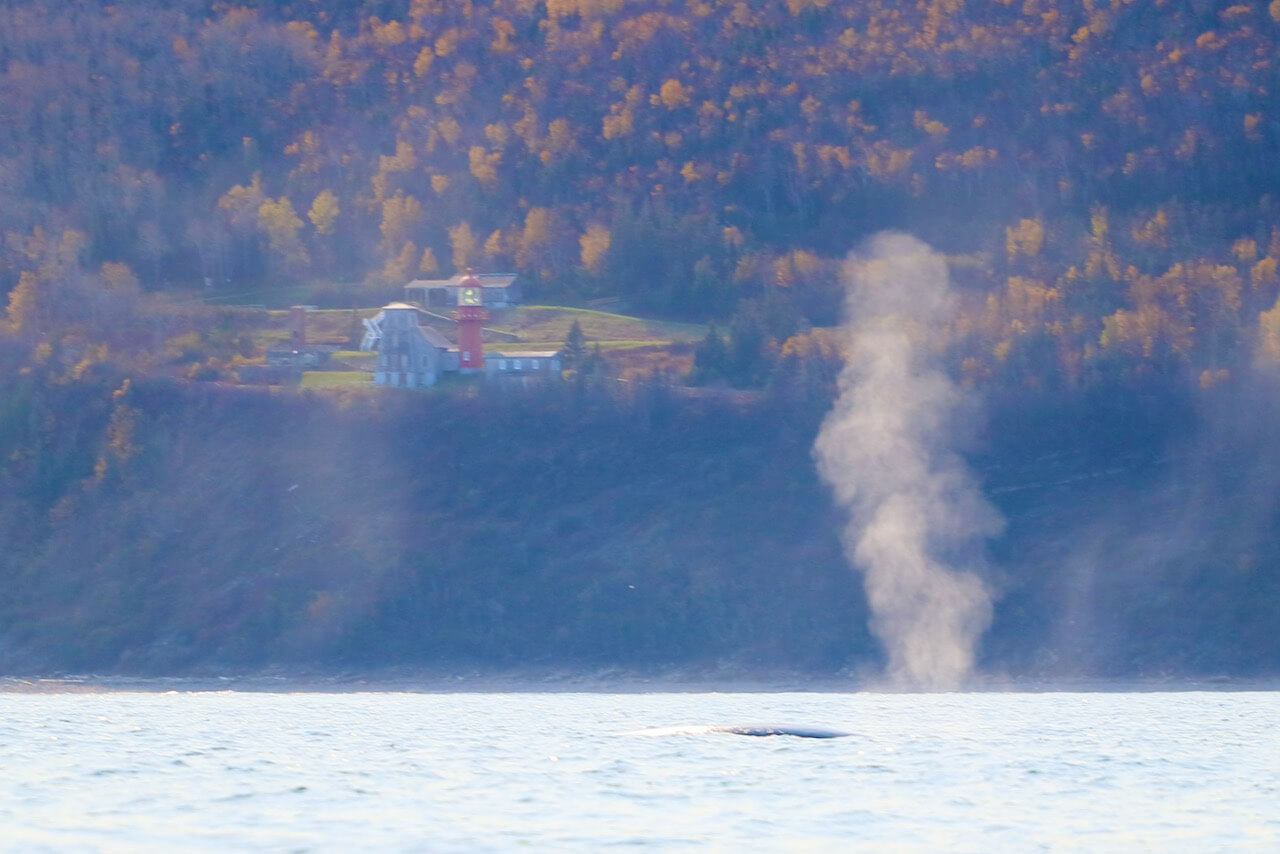