The Aquatic Ballet of Dolphins

Thousands of successive leaps over the surface of a sparkling sea. White-sided dolphins were present by the hundreds off Port-Cartier and Sept-Îles this week. It is common to see dozens of individuals in this region during summer and fall, but the sight of these agile cetaceans skipping across the water is always awe-inspiring. Of the 40 or so species of dolphins that exist in the world, only two are regular visitors to the Gulf: the Atlantic white-sided dolphin and the white-beaked dolphin.

Hundreds of white-sided dolphins were also found between the Cap-des-Rosiers lighthouse and Île Plate off the coast of Percé this week. In Gaspé Bay, there were also minke whales, porpoises, and humpbacks. “It was a humpback festival; there were at least 20 or 25!” exclaims one observer. 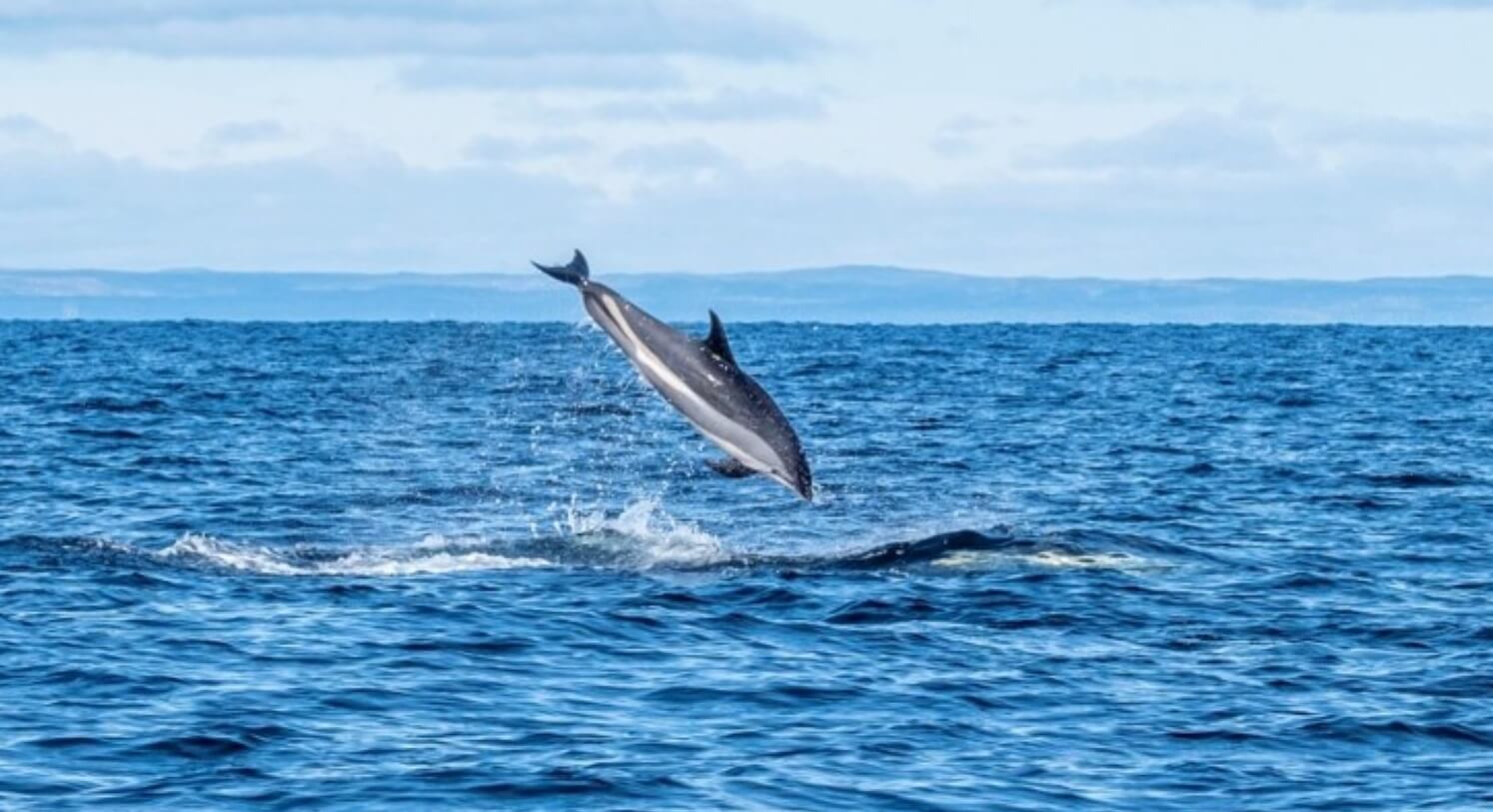 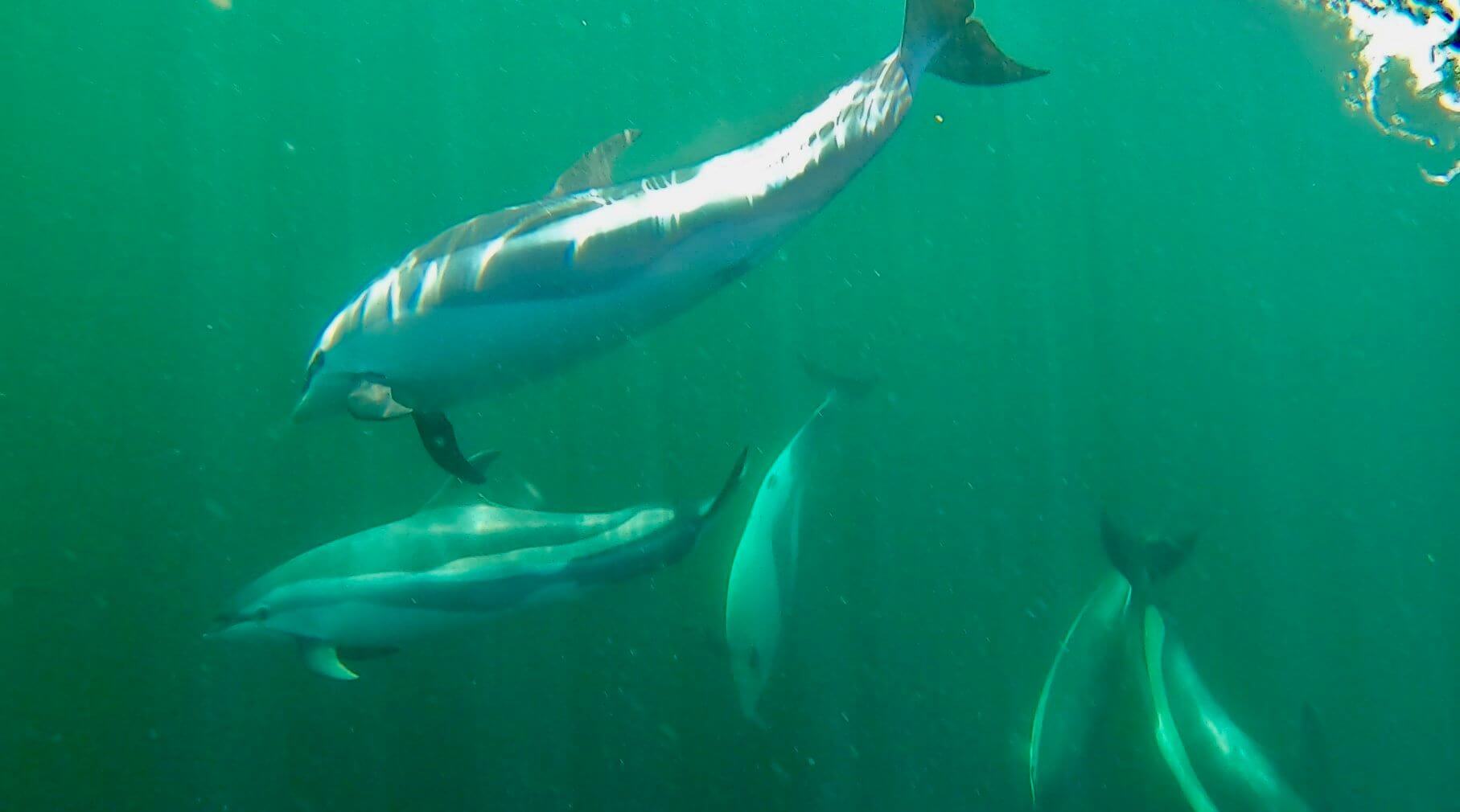 On Tuesday, white-sided dolphins delighted ferry passengers travelling between Les Escoumins and Trois-Pistoles, while belugas did the same to those making the crossing between Tadoussac and Baie-Sainte-Catherine. Sometimes, to see whales, you just need to take the ferry!

Large gatherings in the Estuary

Often mistaken for dolphins because of their colour, harbour porpoises are genetically more closely related to belugas and narwhals. About fifty of these small cetaceans moving in groups of 2 to 4 animals were seen between Les Escoumins and Tadoussac. “They were few and far between at the end of August. Just two dozen or so, whereas we’re used to seeing them by the hundreds,” points out one observer.

Land-based observers have been telling us that they have noticed that high tide conditions are favourable for spotting large groups of whales. On October 4, a birder stationed at the Tadoussac dunes enjoyed excellent visibility. After a routine 15-minute scan with his spotting scope, he tallied over 30 minke whales, 12 humpbacks in scattered groups of 3-4, and 26 fin whales, including a compact group of 16 individuals! The day before, as the seaweed on shore was being tickled by the waves, about 30 fin whales had also gathered near the surface between Tadoussac and Les Bergeronnes and were blowing rainbow-coloured spouts. “I dreamed of taking photos one day with these colourful breaths and this wild sky,” exclaims photographer Renaud Pintiaux. 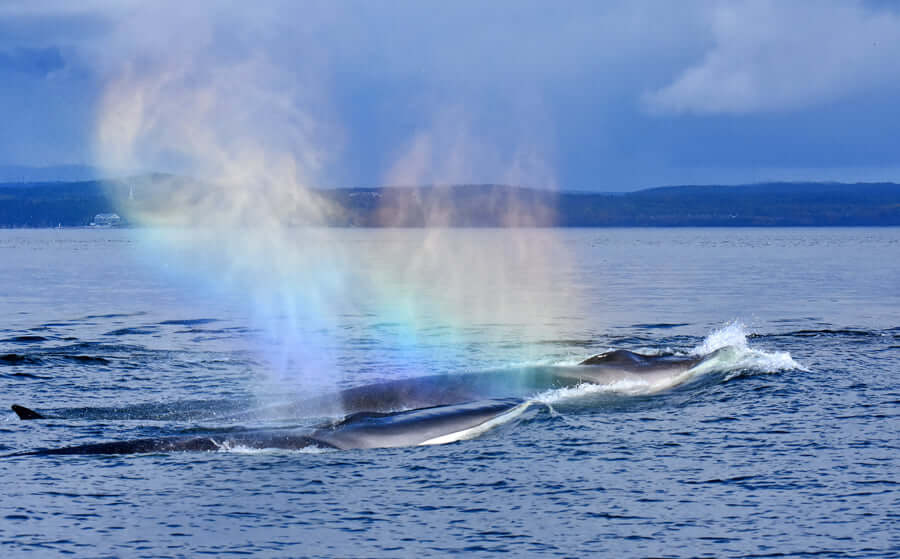 This week, cetacean enthusiasts on board a cruise had the opportunity to see numerous whales once again. On Tuesday between Les Escoumins and Tadoussac, the Mériscope crew identified the following from its research craft: 40 minke whales, at least 12 humpback whales, 12 fin whales (twice that if one considers all the blasts), and 40 belugas amidst these larger whales. 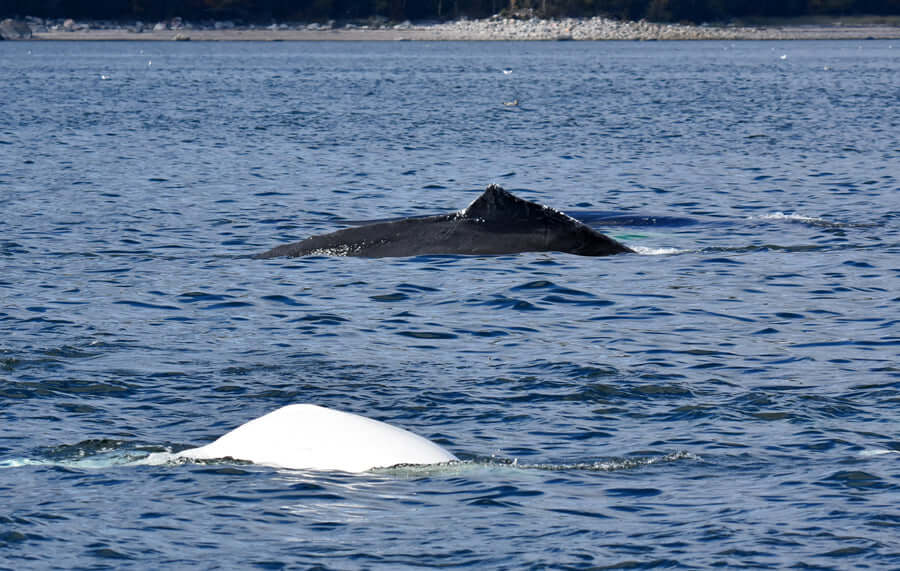 A beluga and a humpback swimming side by side © Renaud Pintiaux

Last Monday, off the coast of Rimouski, belugas, minke whales, porpoises and a humpback whale were visible from one observer’s boat. In Gaspé, a local resident saw a minke whale appear near the marina in an autumn backdrop worthy of a postcard. With just a handful of minke whales, it was fairly quiet in the Baie-Comeau sector. Off Sept-Îles, there were reports of minke whales and tuna. In the Magdalen Islands, minke whales, but also a V-shaped spout… the telltale sign of a North Atlantic right whale!

Poorly known species in the St. Lawrence include not only dolphins, but sharks as well. Eight species of sharks regularly frequent this river, including the great white. According to satellite data from the Ocearch group, two individuals named Breton and Vimy were swimming near the Magdalen Islands this week. 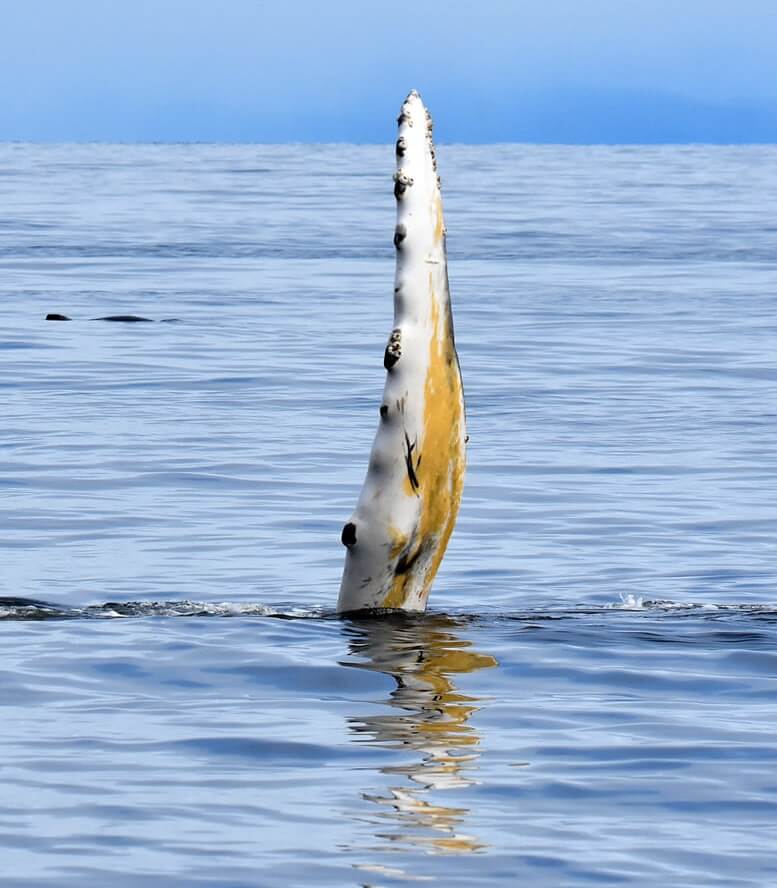