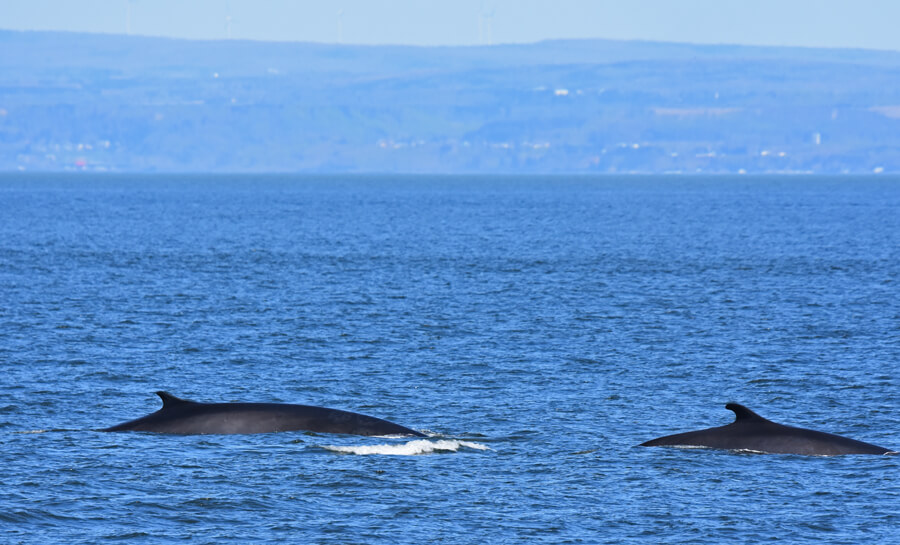 The team at the Mingan Island Cetacean Study (MICS) has been observing fewer and fewer fin whales in the northern parts of the Gulf of St. Lawrence. Is this decline caused by emigration due to a shortage or geographic shift of their prey? Or perhaps an uptick in collision-related mortalities? These are some of the questions that are being addressed in a study published in the Marine Ecology Progress Series.

Two statistical models that can predict the distribution of fin whales were developed and compared to actual observations to assess their reliability. The goal is to understand which variables influence the species’ distribution. 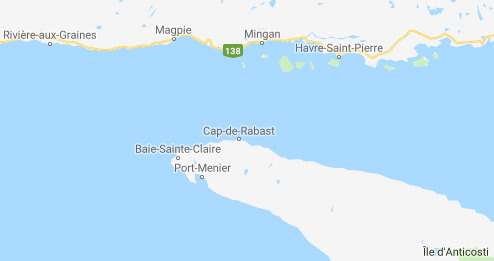 The study area is located north of Anticosti, with a surface of 8000 km2.

The first model is based on bathymetric (water depth) and environmental indicators such as surface temperature and chlorophyll concentration, parameters that may influence the distribution of the fin whale’s prey. This type of model is often used in the absence of food distribution data in order to estimate it indirectly.

That said, researchers were fortunate to have data from Fisheries and Oceans Canada on local krill biomass, which allowed for a second, more direct model to study the influence of food distribution on that of fin whales.

Surprisingly, researchers determined that the first model better captured fin whale distribution data. “The problem with the krill model is that the data were not collected when we saw the whales. Krill move around considerably as a function of the currents and temperature,” explains Anna Schleimer, coauthor of the study. The first model was therefore more useful.

In the first model, two indicators had more weight to explain the fin whale observations: water depth and orientation of the seabed slope. These parameters are invariable and therefore cannot explain the decline observed in recent years.

Fin whales are generalists: they feed on krill, herring, sand lance and capelin, depending on food availability. However, the prey model used in the study included only krill distribution to predict fin whale feeding areas. Additionally, temperature and chlorophyll concentration data were collected from satellite images, which makes it impossible to see what is happening beneath the surface.

Despite the lack of data, researchers suspect that several components of the ecosystem are changing. “There are increasing numbers of North Atlantic right whales in the area. This trend is just one of the many indications that there is really a change happening in the Gulf of St. Lawrence ecosystem,” remarks Anna Schleimer.

No definitive explanation has been found linking the decline of fin whales to changing environmental conditions. However, the distribution found underscores the threats to which they are exposed. More than 20% of the fin whales identified during the study were observed in a shipping lane. Fin whales are the species most frequently involved in collisions with ships, accidents that sometimes prove to be fatal. They are also prone to getting entangled in fishing gear. Additionally, fin whale mortality events are probably underestimated since, unlike right whales, their carcass does not necessarily float to the surface.

Despite research efforts, the cause of the fin whale decline in the northern Gulf is still uncertain, illustrating the difficulties of studying the marine environment. Future MICS projects involving drone flights will help estimate entanglement and collision rates, two threats that may be playing a role in the decline of fin whales. Further, the hypothesis of environmental changes cannot be overlooked and will continue to be studied. Anna Schleimer will also work on the genetics of fin whales in the Gulf of St. Lawrence in order to understand whether they are a population in their own right or if they form part of a larger population. 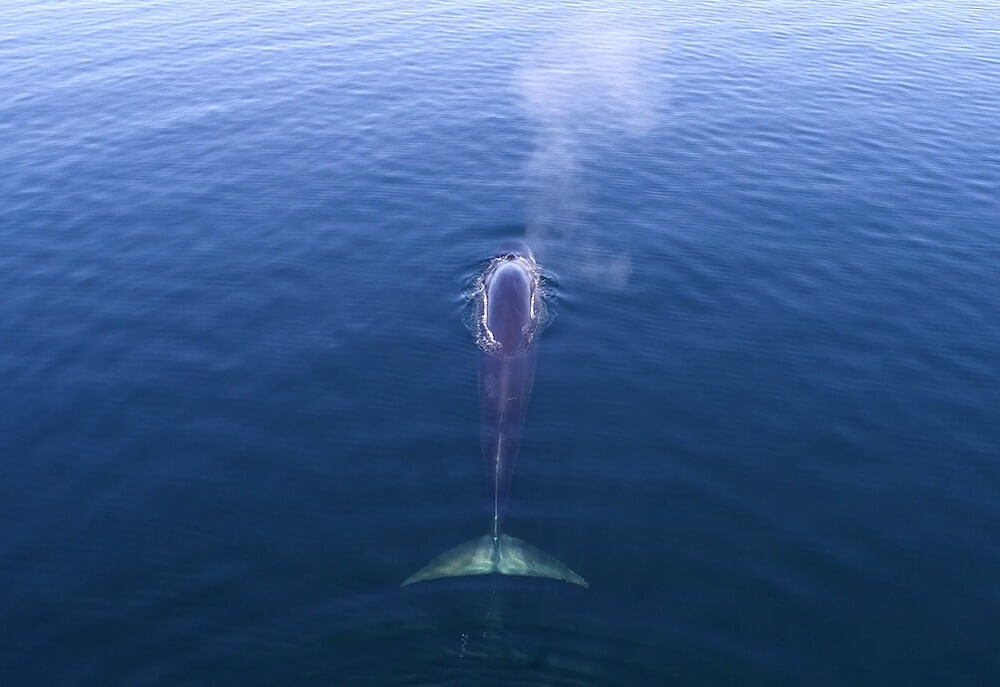 The research project aims for counting scars caused by fishing gear on fin whales. The entanglement rate of 5-10% for this species could be greatly underestimated.