Straight Out of a Dream

I just woke up from a dream …

A dream in which I was at a ball with the giants. Some twenty of these blue titans were dancing on the water all around me. They were blowing tall columns of steam ten metres high as if to draw attention to themselves or to greet me.

Ironically, the muffled noise made by their powerful spouts took my own breath away from me. They were “invited” by Mother Nature who was offering them a feast some 200 m under the water surface, produced by an upflow. A banquet to which young whales were not invited. A community of over twenty blue giants who seemed to know each other well.

Males, females, nervous, quick, calm, of varying giant sizes and each with their own physical features and behaviour. They interacted with each other while paying little attention to me as an observer, entirely focused instead on their peers and the smorgasbord on offer.  The majority of these giants were not unknown to me, but I had never had the chance to encounter so many of them at once. Who knows, maybe they were celebrating the return of one of their own kind after a long journey.
Waking up

I just arrived home. I rub my eyes. My camera proves to me that it was all real, they were there, these blue whales off the coast of L’Anse-à-Valleau for two consecutive days last week. Knowing that I was in the Gaspé, specialist Richard Sears of MICS had informed me that a gathering of blue whales there was a possibility. Taking advantage of a rainy day, I transported my boat from L’Anse-à-Beaufils in the south to the northern Gaspé coast.

More than twenty of these blue whales were gathered in a stretch of water some fifteen nautical miles long, barely three nautical miles from the coast near Pointe-à-la-Renommée. This sector seems to be a favourite hangout for them. In 2006 and 2007, I had been lucky enough to observe several of them over the course of a few days in that sector. A beautiful underwater cliff is found there on which food accumulates and rises to the surface with the currents and tides. A magical moment! I observed as many as nine large spouts at the same time around me. I was very fortunate to be in the right place at the right time with the right equipment and a favourable weather window. It takes a little luck and all the right conditions to fortuitously encounter these magnificent animals in their environment. What a privilege to photograph B105 among all these animals, the blue whale that was observed on the north shore of the St. Lawrence in 1984, then in the Azores last year (thirty years later), and now back again in the Gulf of St. Lawrence. These behemoths have ocean-scale territories, which partly explains why they are so difficulty to study. 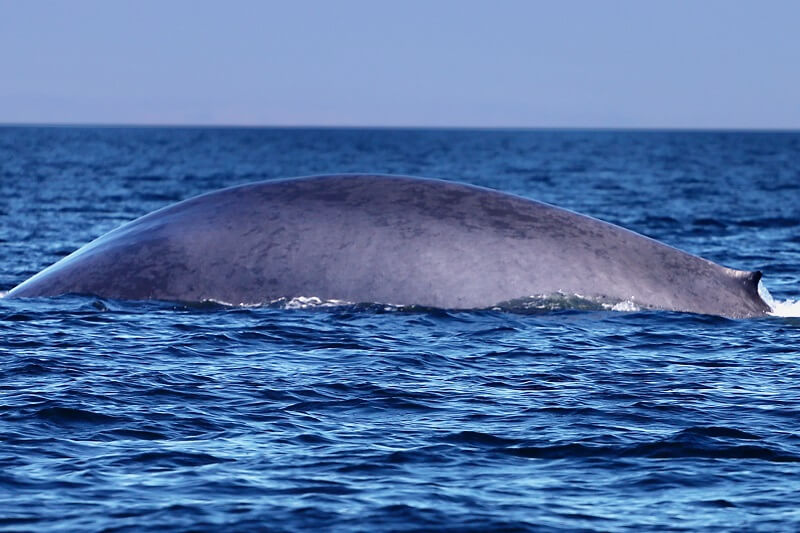 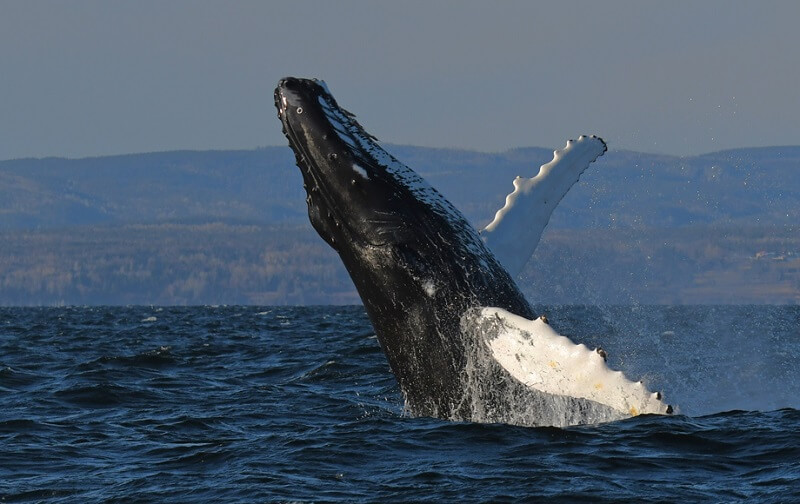