Start of 2017 in Haute-Côte-Nord: A Fin Whale and a Group of Belugas 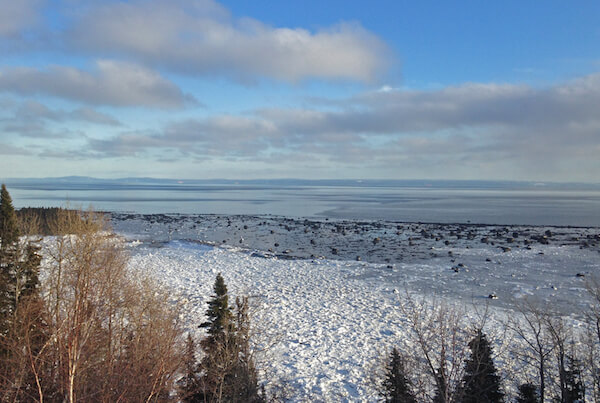 The year’s off to a great start! January 2: I’ve no sooner arrived at Cap de Bon-Desir, and, standing on the boulders, I spot a large spout offshore. The whale takes five breaths and then arches its back as it dives. I watch it through my binoculars. It’s a fin whale! Ten minutes later, it’s back again. Even if this individual is far away, I take a few photos to confirm the ID. A nice treat to kick off the new year!

The other highlight of the week concerns belugas. On January 7, I’m near the ferry port in Les Escoumins. Much to my surprise, I observe between 300 and 400 belugas offshore (and this is a conservative figure!). This is the first time I’ve ever seen such a gathering at this time of year. I observe multiple groups of several dozen belugas as well as several lone individuals. One section of ​​the river is literally filled with belugas!

Also worth noting is the presence of several groups of harp seals, including one group numbering over 110 individuals in Les Escoumins on January 7.

Not to mention the striking landscapes and those breathtaking winter skies…

A new year commences, and with it, new adventures on shore and later, on the water.

Happy New Year to all! 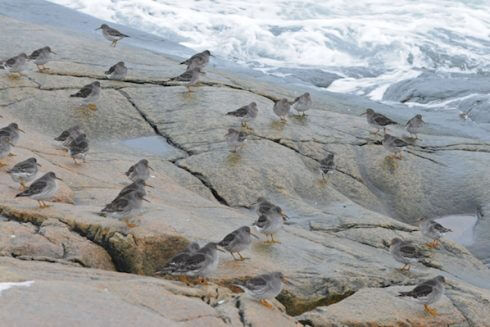 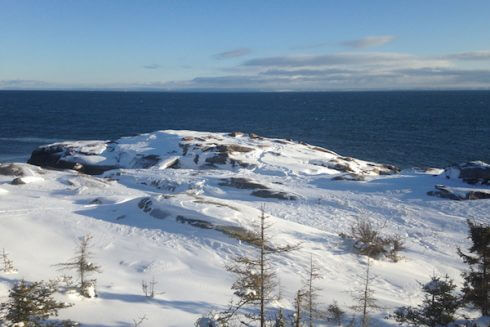 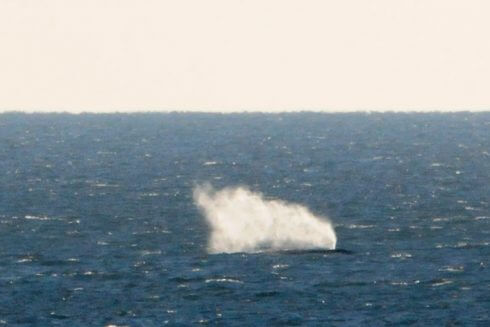