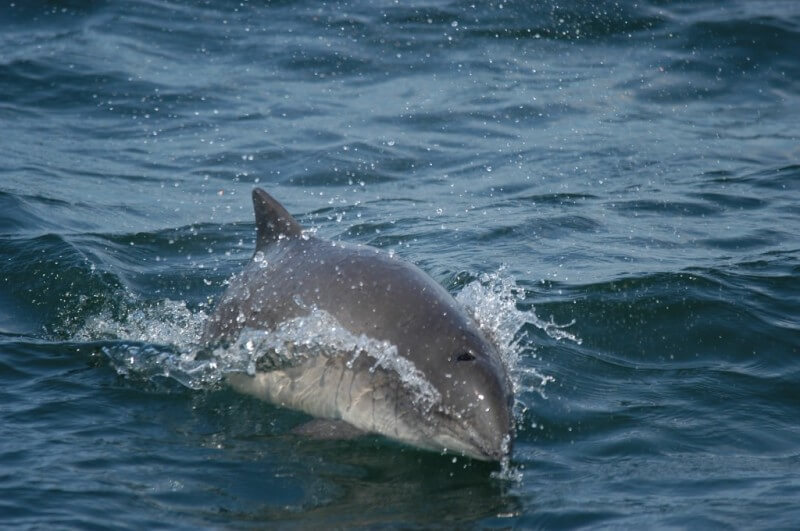 Often neglected in the St. Lawrence, the porpoise has been the subject of few studies. It is the smallest marine mammal in these waters. © GREMM

Rarely studied in Quebec, porpoises were recently the focus of a study on feeding behaviours. Using drones, researchers at the University of Southern Denmark managed to get a more comprehensive understanding of the harbour porpoise’s hunting habits, and the results of the analysis came as a surprise to some experts. In addition to hunting in groups, porpoises are believed to take on specialized roles!

During the spring and summer of 2018 and 2019, researchers shot short video clips of porpoises under water and on the surface. They observed feeding behaviours during nearly half of the recording time, confirming previous knowledge about porpoise’s rapid metabolism and their need to feed day and night to survive. Porpoises feed on schooling fish such as capelin, or on squid, crustaceans and larger solitary fish.

The porpoises were mostly seen in groups when foraging. © GREMM

These results are surprising given that porpoises have long been considered solitary animals, and group hunting behaviours are normally associated with species that exhibit close social ties such as lions, wolves, dolphins and killer whales.

But that’s not all. The researchers then analyzed three video recordings of a group hunt, and noticed that individual porpoises appeared to exhibit distinct behaviours from one another during the foraging activity, which is normally an indication of collaborative hunting!

What is collaborative hunting?

Cooperation is a social behaviour that has been observed in several species of so-called “social” animals. Cooperativehunting takes place when a number of predatory individuals coordinate their actions in order to more effectively stalk and capture their prey. This alliance is not necessarily intentional, but more instinctive or circumstantial.

Collaborative hunting is observed much more rarely. In this technique, animals exhibit more complex behaviours where the action of each individual in the predatory group complements those of the others in order to increase the odds that the entire will feed on the same prey. Each individual is focused on one action, the success of which depends on the actions of others. For example, in wolves, packs split into two; one group takes cover and the other drives their prey to the hidden individuals. Lions and lynx, on the other hand, surround their prey and approach them from multiple sides as they prepare an ambush.

Thus, in collaborative hunting, individuals take on distinct roles, which they retain or modify in the course of their activity. This phenomenon is called role specialization. 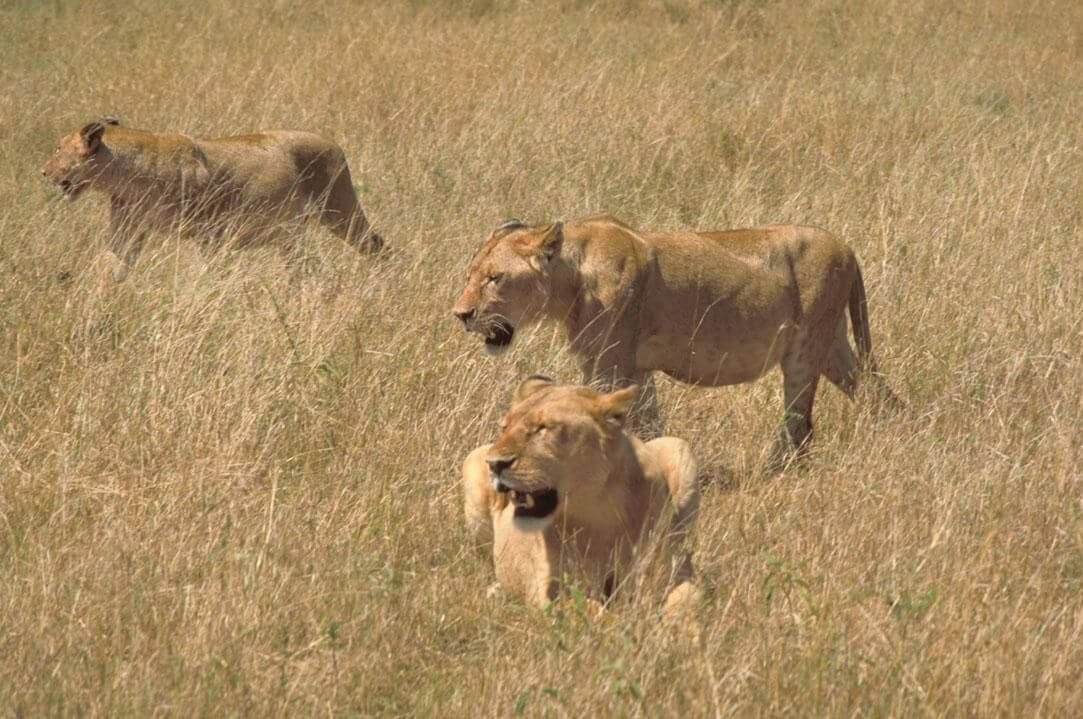 The researchers identified 6 behaviours that porpoises adopt during their feeding: swimming across the school of fish to disorganize it, herding the school, far bordering and close bordering of the hunting ground, attempting an attack, and swimming away from the school.

The strategy that porpoises are suspected of using could be described as follows: one individual crosses through the school of fish and then attempts to herd it, while the others keep an eye on the school’s periphery to ensure that these fish cannot escape. Each time the porpoise swims through the school, it startles the fish and the school risks reaching the “confusion zone”, a state of extreme panic. The individual porpoise disorganizes them by repeatedly breaking up and reherding the school. Once the confusion zone is reached, the school abruptly splits up in a last-ditch attempt to escape the predators. Apparently, it is at this moment of “flash expansion” of the school that each of the porpoises attack an isolated and vulnerable prey. 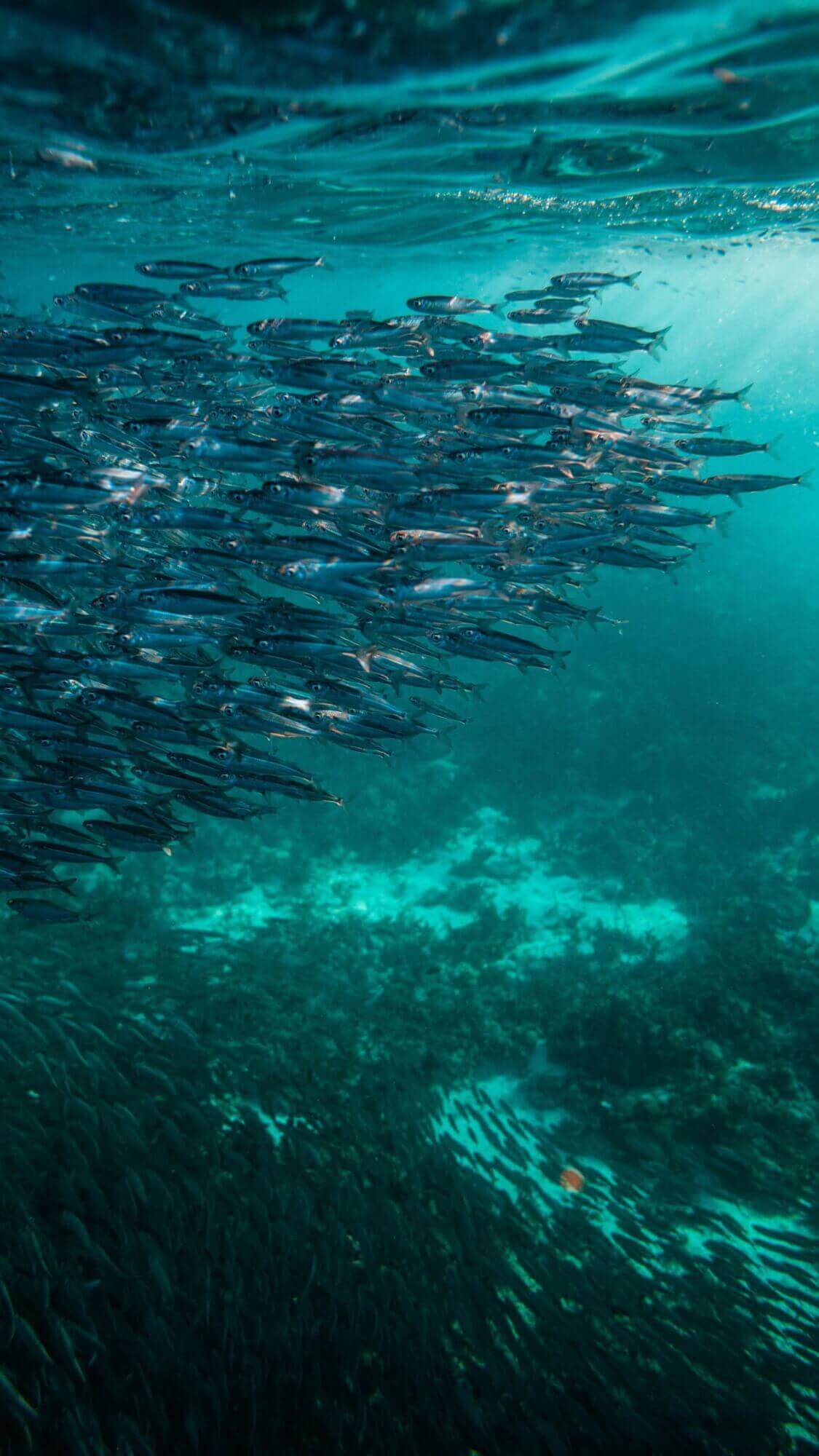 Some species of fish school together to better protect themselves from predators. © Clint Bustrillos on Unsplash

The extent of our ignorance

The foraging behaviours of porpoises remain very mysterious: Researchers do not yet know whether these animals maintain the same roles over time, how frequently they gather, if they communicate while they hunt, etc. To find out, it will be necessary to better identify individuals and to be able to track them over longer periods. 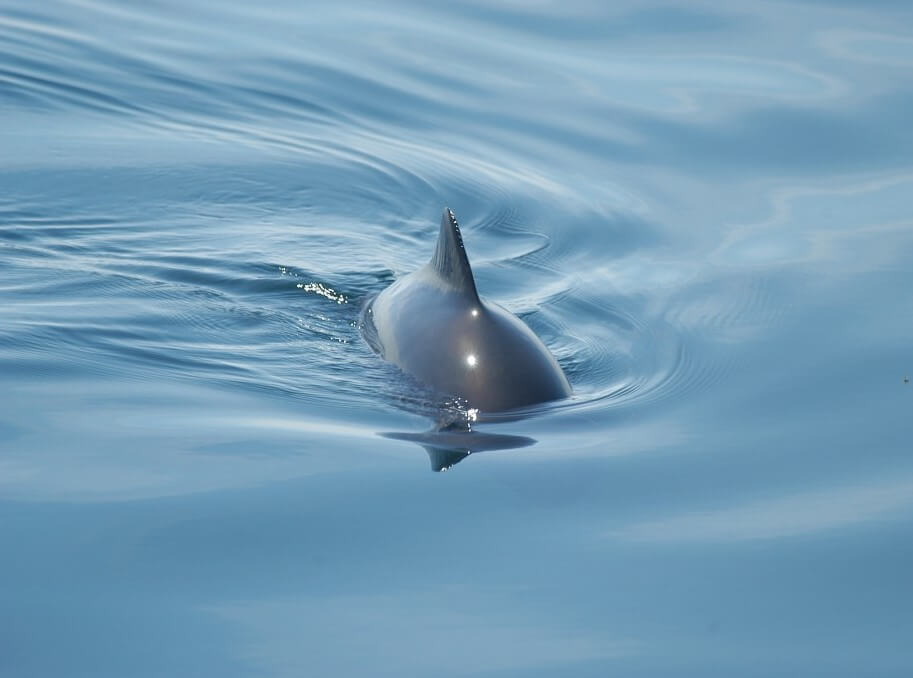 Given the species’ small size and its dorsal fin with few distinguishing marks, it is often difficult to determine whether one is observing a group of porpoises or the same individual surfacing repeatedly. © GREMM

Ultimately, this study comes across as a fascinating reminder of all that we still don’t know and that remains to be explored. We realize that we are not all that familiar with porpoise behaviour and that these animals may have very close social ties with each other, which we either misinterpret or simply do not understand.