Relentless Passion… Even in Winter! 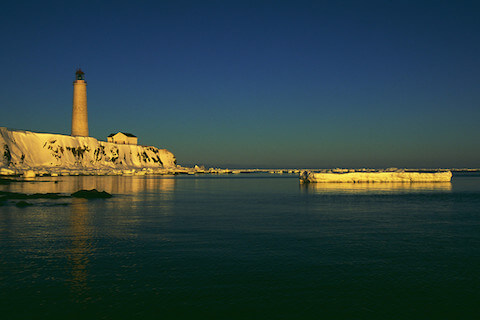 Though ice is increasingly present in the St. Lawrence and Gaspé Bay is partially frozen, other sectors remain ice-free, making it an exceptional year, according to many residents. Whales are scarce, if not to say seemingly completely absent, but that doesn’t prevent passionate observers from scanning the horizon with the constant hope of spotting a spout, a back, a sign of life. “I walked along Gaspé Bay with my binoculars around my neck, I surveyed the Cap-des-Rosiers sector, where I observed large columns of air most recently on December 4, but to no avail…” related a summer cruise operator. “They will return as early as March and April,” he adds, with a palpable enthusiasm in his words after 19 years of observing these migratory marine mammals.

Other collaborators prefer to fly south to capture them on their cameras. They head to Guadeloupe, the Dominican Republic, the Hawaiian islands, and other parts of the globe where humpbacks gather this time of the year to breed or give birth, leaving the frigid seas for warmer but less nutrient-rich waters. They can be observed from the beaches or roads and, for the more adventurous, one can even swim alongside them. Just a few more weeks to wait here until whale enthusiasts begin scanning the St. Lawrence with their trademark assiduity and announce at last the return of the giants.