Slowing down, for the whales’ sake 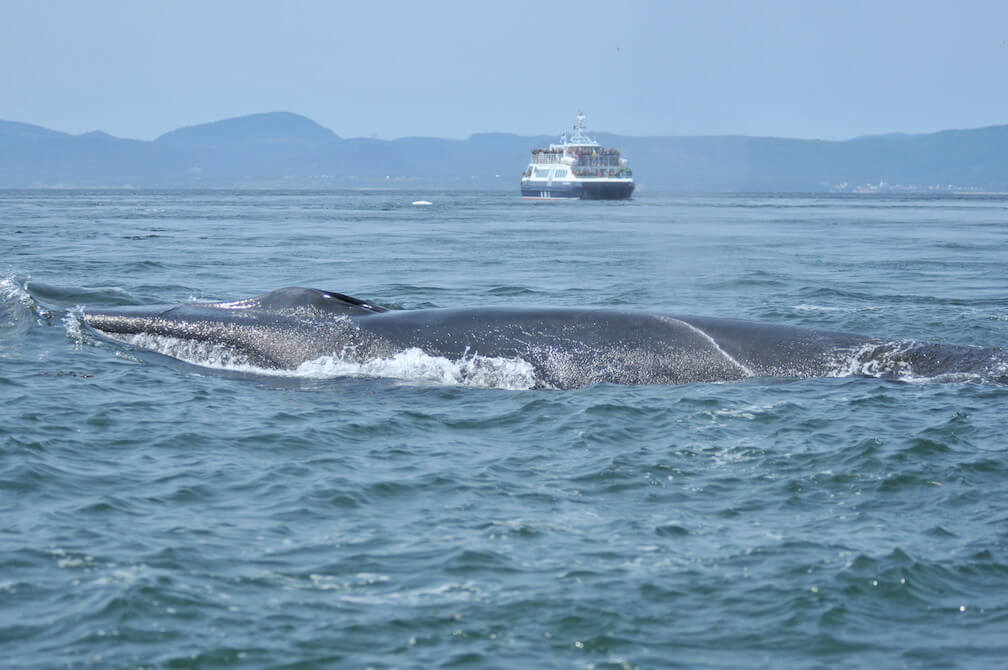 A ship that strikes a whale can cause the latter serious injury. In the St. Lawrence, fin whales are particularly prone to these types of collisions, which can even be fatal. In order to reduce the risk of incidents between whales and maritime traffic, voluntary speed reduction measures (in French) have been in place in the Estuary since 2013. Five years later, a team of researchers reveals that the measures are paying off and that the risk of fatal collisions between fin whales and vessels has decreased by 40%.

Carrot without the stick

The Working Group on Marine Traffic and Protection of Marine Mammals in the Gulf of St. Lawrence (G2T3M), initiator of the voluntary measures, is encouraging vessels to slow down on their own in high-risk areas for whales. This method stands out from more traditional conservation measures where the focus is on negative behaviours that need to change. Instead, the objective of the G2T3M is to reinforce behaviours with positive consequences for whale populations.

To protect the whales while respecting the constraints of the industry, the G2T3M recommends travelling at 10 knots (approx. 18 km/h) in a strategic stretch of ​​the Estuary known to host a high density of marine mammals in the summer. This threshold is the best compromise between the risk of whale collisions and the manoeuvrability of the vessels. Ships that have implemented the voluntary measures in the reduced speed zone added seven minutes to their journey.

Thanks to automatic ship recognition systems, the research team can track what’s happening on the water and check whether voluntary speed reduction measures are being complied with. Result: just 1 in every 10 ships complies with the 10-knot speed limit. However, data collected between 2013 and 2016 show that over 60% of vessels slow down considerably in the area where high whale densities are found. Even if vessels don’t always reach the 10-knot threshold, moderating one’s speed significantly decreases the risk of fatal collisions between whales and maritime traffic.

While the speed reduction zone has been a success, other voluntary measures proposed by the G2T3M have not produced the desired results. A small percentage of vessels complied with the area identified as “off limits” and opted for a proposed alternate route. Despite these few setbacks, the G2T3M considers the voluntary measures as a whole to be a success story. These measures even have the potential to serve as a foundation for tackling other issues affecting marine mammals in the St. Lawrence, including noise pollution.

In closing, it should be recalled that voluntary speed reduction measures, while promising for whale conservation, are provisional. They are not officially included in navigation systems, making it difficult for pilots and captains to visualize reduced speed and off-limit areas.

To read the research :