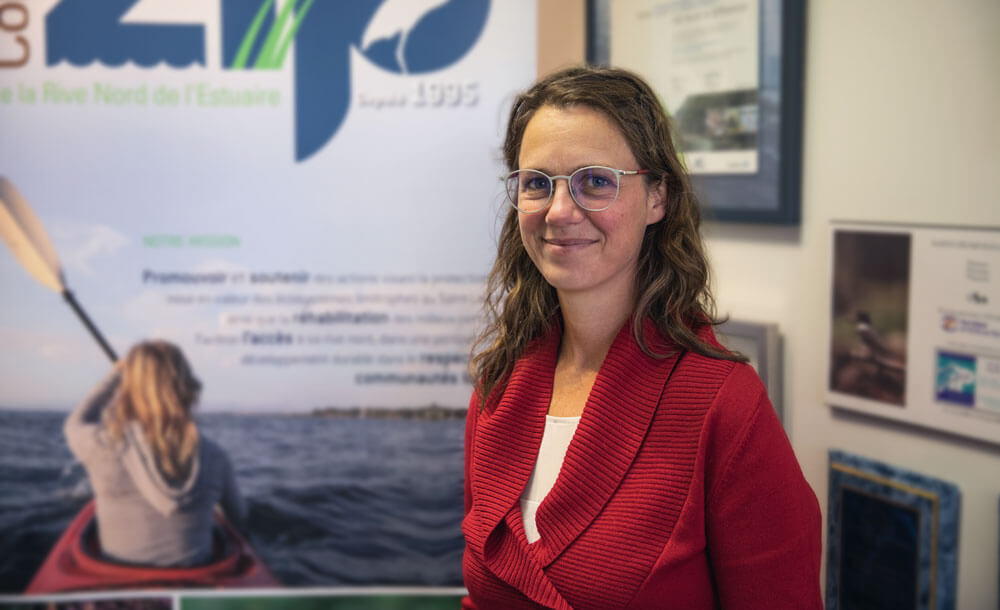 This article is part of a series of portraits of people involved in some way with whales on the North Shore. Of Quebec As part of the Whale Route Documentation Project, meet these colourful characters who define the face of the region. Discover their stories that will bring you to life or relive the wonderful stories of the St. Lawrence River and its giant marine creatures!

Marie Karine is closely involved in protecting and enhancing the coastline of the Haute-Côte-Nord–Manicouagan region. She is director of the ZIP (zone d’intervention prioritaire, or area of primary concern) on the north shore of the Estuary, which covers the entire coastline from Tadoussac to Baie-Trinité. The objective is to promote their coordination in order to tackle local and regional issues related to the St. Lawrence and its various uses.

Based in Baie-Comeau, this committee ensures the protection and enhancement of ecosystems along the St. Lawrence. It ensures the rehabilitation of disturbed environments and better accessibility to the Estuary’s northern coast in a spirit of sustainable development and respect of local communities.

“Our primary mandate is first and foremost the protection, enhancement and accessibility of the St. Lawrence River. It covers a lot of issues, including marine mammals.” – Marie Karine Maltais 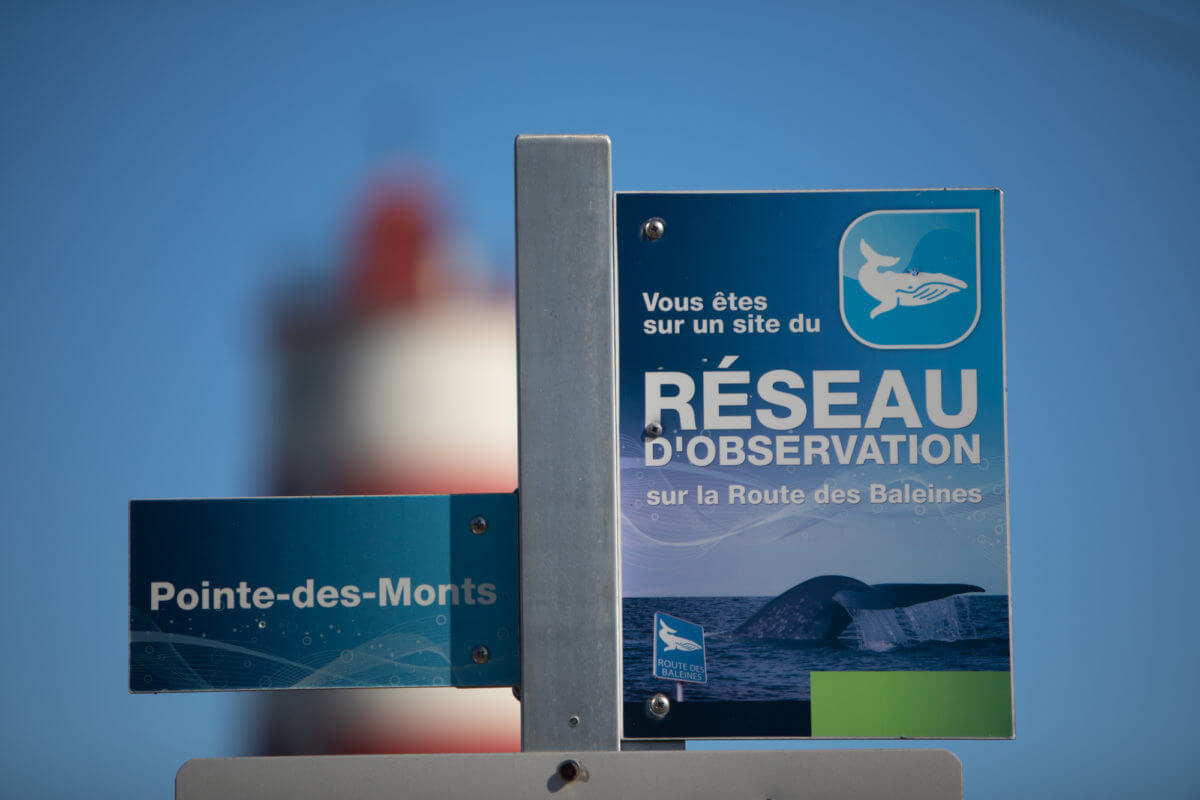 The committee is involved with marine mammals. It is notably responsible for the creation of the Whale Route Observation Network in 2009, which is marked with signs and interpretive panels on display at several locations. When it was created, the committee oversaw the enhancement of and access to places that lend themselves to land-based observations, especially through the construction of walkways and lookouts.

Marie Karine Maltais works with municipalities, citizens, elected officials, ministries and even students to raise awareness of coastal ecosystems. “Swamps, for example, are not always popular in the public’s view. People often mistakenly think that these are environments that have little value. But, in addition to being extremely productive, salt marshes are in a way the kidneys of the Estuary, filtering the water of all kinds of heavy metals, toxic chemicals, etc. “They make a substantial contribution to enriching the entire ecosystem and giving our large cetaceans a place to thrive here in the River,” says the director.

Marie Karine is also a user of the St. Lawrence and a seasoned observer!

Until quite recently, she owned a house on the riverfront, very close to Baie-Comeau. She says she observed marine mammals there regularly. While working in the kitchen, she would often cry out anytime she spotted marine mammal activity: harbour porpoises, spouts, even a sperm whale!

But one particularly memorable observation was when she saw a large mass floating on the water surface near the bay. At first she thought she was looking at the back of a whale, but it did not dive. Then she thought it was a huge log. After a good minute, she realized that it was indeed a whale. “Is it dead?” she wonders. No, it was sleeping! 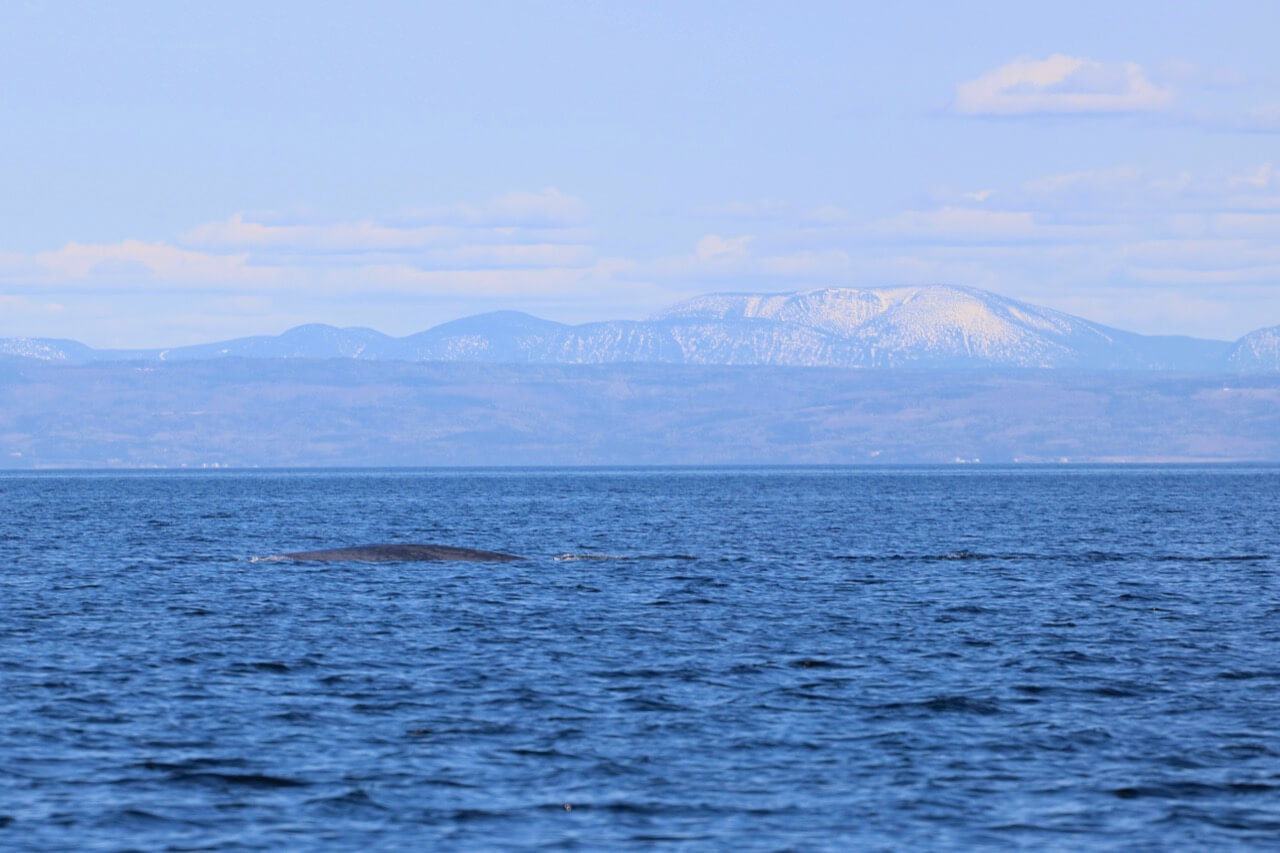 Whales sometimes take brief naps on the water surface. Some whales float on the surface, others slow down and refrain from taking deep dives, a behaviour that recalls a floating log. Incidentally, this technique is called “logging”. It’s quite common for observers to confuse them, and it’s easy to see why!

Even through her kitchen window, Marie Karine gazes out over our beautiful St. Lawrence and its giant mammals! 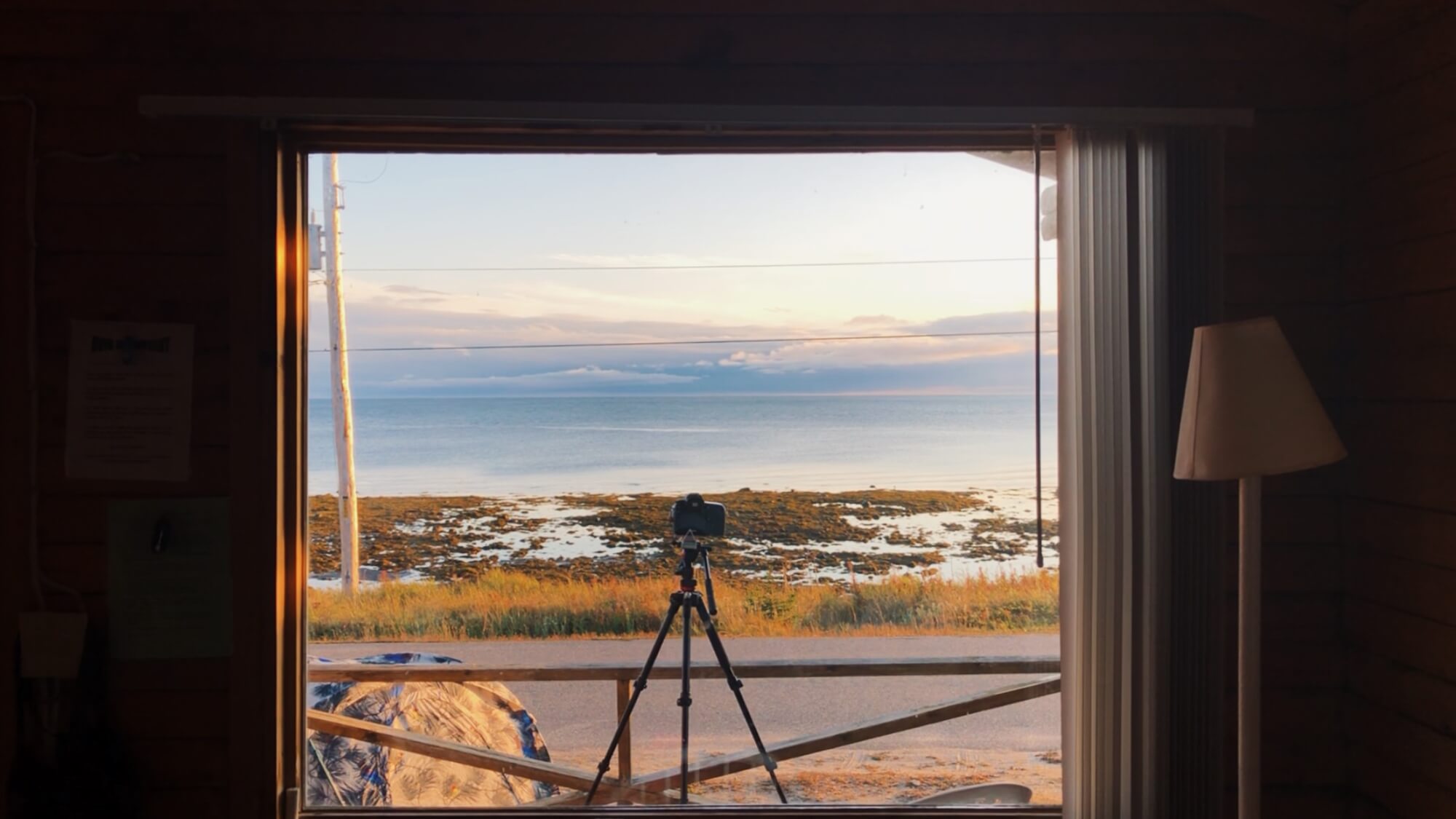