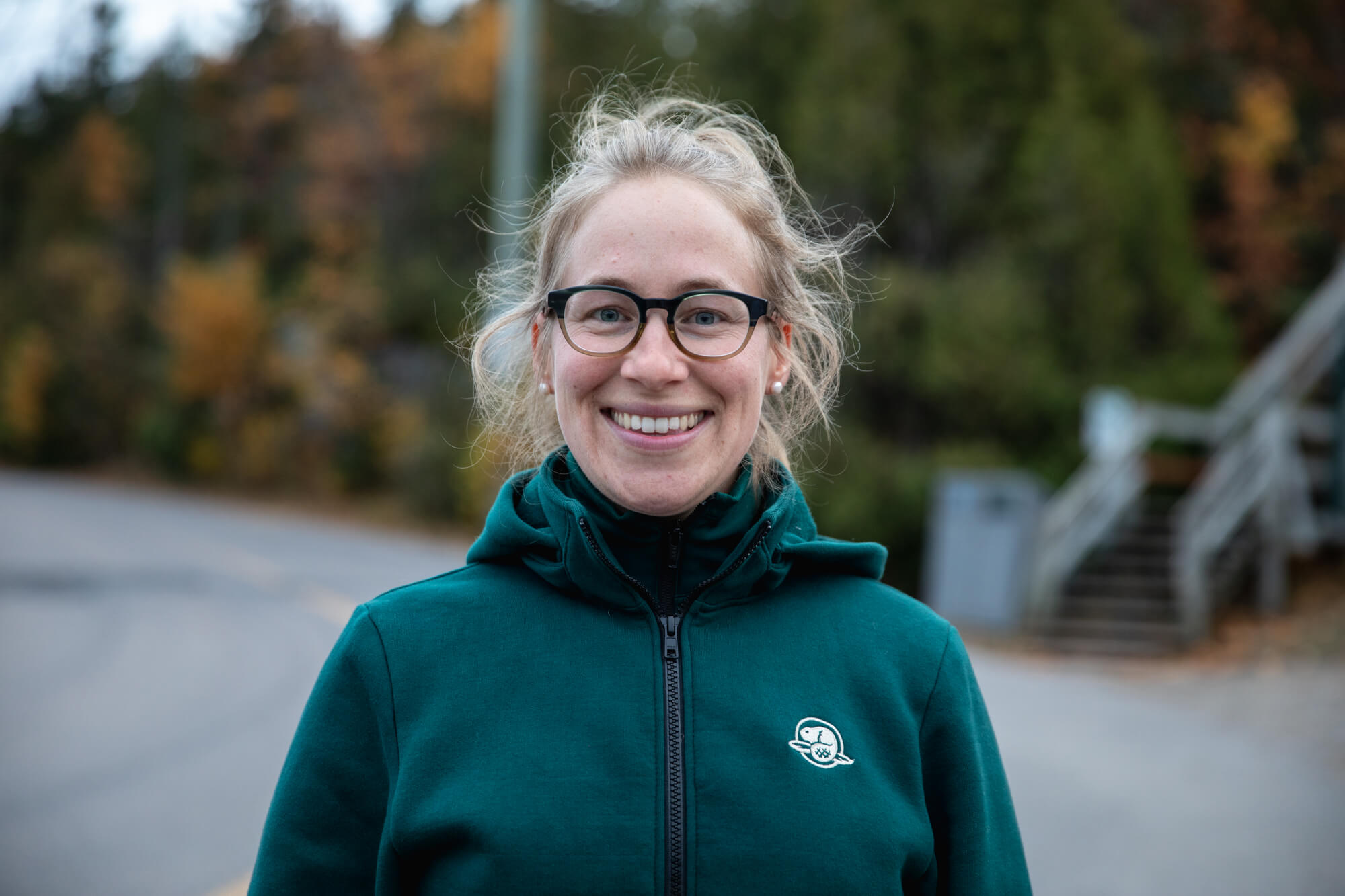 This article is part of a series of portraits of people involved in some way with whales on the North Shore. Of Quebec As part of the Whale Route Documentation Project, meet these colourful characters who define the face of the region. Discover their stories that will bring you to life or relive the wonderful stories of the St. Lawrence River and its giant marine creatures!

Laurence Pagé serves as partnering, engagement and communications officer for Parks Canada, which co-manages the Saguenay-St. Lawrence Marine Park. Originally from Tadoussac, she later left her hometown to pursue her studies in environmental science. Four and a half years ago, she returned to Tadoussac to work for Parks Canada, a true homecoming to the village where she grew up.

Her father also worked in the field of environmental conservation. A dynamic woman following in her father’s footsteps with a passion that clearly runs in the family… her love for the Marine Park and Tadoussac are blatant!

Her enthusiasm and pride are reflected in her work. Together with Sépaq, Parks Canada co-manages the Marine Park and its unparallelled natural beauty, which represents one of the first marine protected areas in the country. “The Marine Park served as a laboratory to see how we could protect marine mammals through management, which was unprecedented for Canada,” points out Laurence. And not only to protect our natural heritage, of course, but also to increase awareness of it and promote it amongst visitors and locals alike. This is an asset for a region that attracts thousands of tourists every year, she explains.

“To protect our natural heritage, but also to increase awareness of it and promote it amongst visitors and locals alike. This is an asset for a region that attracts thousands of tourists every year” – Laurence Pagé 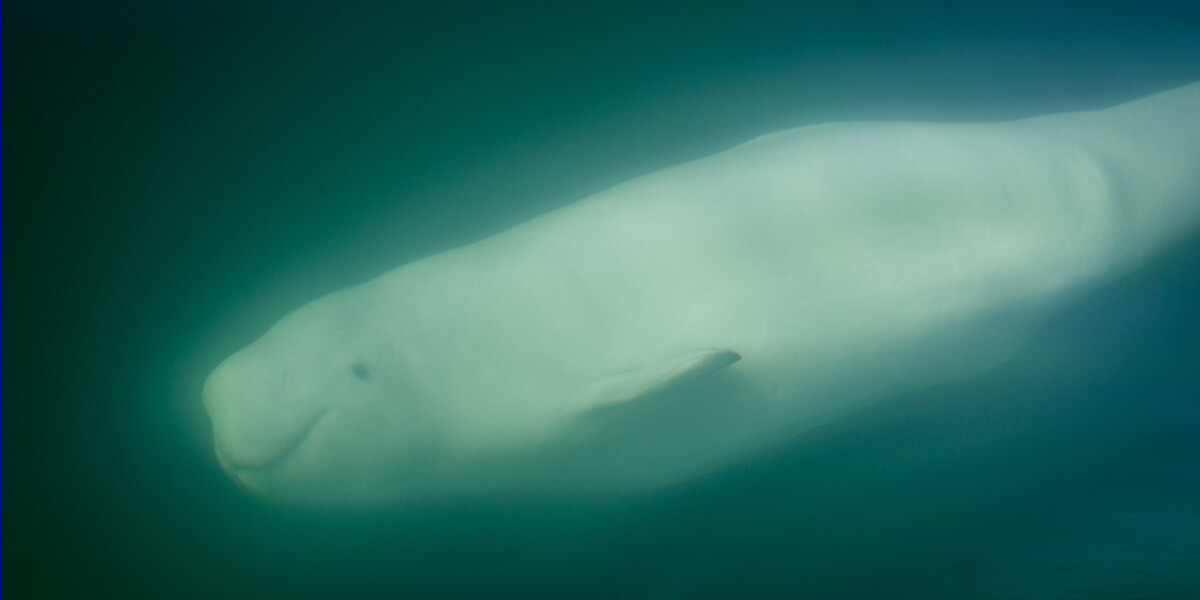 “The Marine Park is unique not only for the beauty of its landscapes, but also for the presence of its marine mammals. Indeed, a broad diversity of cetaceans visits the park from May to October to feed. The famous St. Lawrence beluga, unfortunately known by many for its precarious “endangered” status, is in a way the emblem of the Marine Park and one of the drivers that led to its establishment in 1998,” she adds.

Parks Canada is responsible for creating and administering the Marine Activities in the Saguenay-St. Lawrence Marine Park Regulations.

“Sort of like a highway code for the water, these regulations make it possible to ensure respect for whales by reducing our impact in their habitat. For example, throughout the Marine Park, the maximum speed allowed is 25 knots. Certain sectors are more sensitive than others, such as the mouth of the Saguenay Fjord in Tadoussac, which could be considered the hub of the Marine Park. Here, the speed limit is 15 knots, and we must also maintain our distances!” Laurence points out.

She also navigates in compliance with applicable regulations in the St. Lawrence and throughout the Marine Park. She has been sailing with her father ever since she was a child. Whenever she’s out on the water, it is the same spectacular landscapes that amaze her time and time again. She never tires of watching whales; au contraire, she is always surprised when she sees one! Laurence has enjoyed a multitude of amazing observations, both on the water aboard the small family sailboat, the Marie-L’eau II, and from shore.

But one observation stands out from all the others. Last summer, while accompanying a film crew in her role as communications officer, she was lucky enough to see a humpback whale less than 100 metres from shore! “The interpreters were preparing for an activity with the team, but the whale completely stole the spotlight by diving just off the cape! The animal put on quite a show, and it wasn’t the least bit expected! It dived and showed its tail at the best angle possible, and it was so close! What a treat for them, but for me as well, who never ceases to be amazed by the dynamism the St. Lawrence brings to the region!” she points out.

“Growing up in Tadoussac is a privilege.
We live in an exceptional natural environment.
Not to mention the whales!
A bonus that continuously adds to the ‘wow’ factor!” adds Laurence.