Blue whales can dive for about 15 minutes. The breath that precedes the dive is particularly impressive. © Renaud Pintiaux (archives)

The 2019-2020 holiday season had been particularly busy with sightings, to the point that we published a map of the whales and seals observed during this two-week period. This year, with mild temperatures and light ice cover, did the whales linger once again?

On December 20 in Gaspé Bay, opposite Cap-aux-Os, a couple is chatting with friends via video conference when they are interrupted by a breaching humpback. The whale then slaps its pectoral fin on the surface, exhales, takes another breath and dives. Seconds later, the humpback performs a full breach out of the water, even twisting its body, as can be seen in the video showing two of its jumps. For those residents who were lucky enough to witness it, this extraordinary whale sighting was the last one for 2020. The first observation for 2021 is yet to come.

In Tadoussac on December 21, the tireless Renaud Pintiaux (who is out observing wildlife every single day) spots a humpback well off the dunes. Is this straggling migrant still able to find food in the area? Perhaps. Acoustic surveys carried out in Les Escoumins over several winters have revealed a significant presence of krill, sometimes at even higher concentrations than in summer!

A week later, on December 28, near the Cap-des-Rosiers lighthouse in the Gaspé, a humpback whale is swimming near the shoreline.

On the other side of the St. Lawrence, off the coast of Sept-Îles, huge columns spurt like geysers several nautical miles offshore on December 30. These clearly visible spouts are those of blue whales. At least two individuals are seen swimming in the area on December 30 and 31. For several years now, blue whales have overwintered in this sector. Are they regulars? Do they remain in the Gulf year-round or do they travel great distances to get here? For the moment, studies of the migrations made by blue whales visiting the St. Lawrence have been inconclusive. 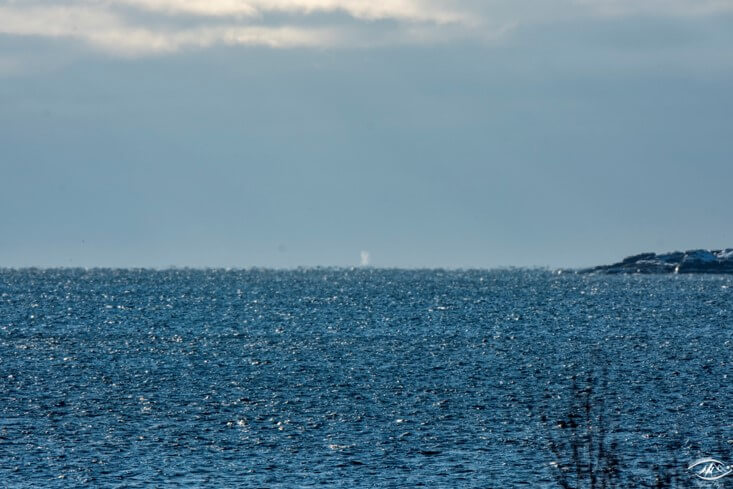 Off the coast of Les Bergeronnes, a small herd of belugas is observed on January 4. In summer, males and females in the St. Lawrence tend to form separate communities. However, in winter months they may mingle a little more.

On January 5, near Godbout and Franquelin, large spouts were spotted offshore, but too far away for their owners to be identified.

The pleasure of observing seals

On December 17, at Pointe-au-Père, over a dozen harp seals bask on the ice. This species is often seen in large groups.

A new observer for this column recently moved to the Gaspé Peninsula. Driven by the desire to familiarize herself with her new environment, she tests new vantage points almost daily. Despite her ten or so outings, she has not seen a single whale. Nevertheless, she did spot harbour seals near her home in L’Anse-au-Cousin, near Haldimand Beach, as well as at Cap Bon-Ami. On December 21, she tallies a total of 52 seals gathered on the ice! Two weeks later, on January 4, wildlife is conspicuously absent. “But it was my first time skiing against a backdrop of rolling waves. It was well worth it!” she exclaims. 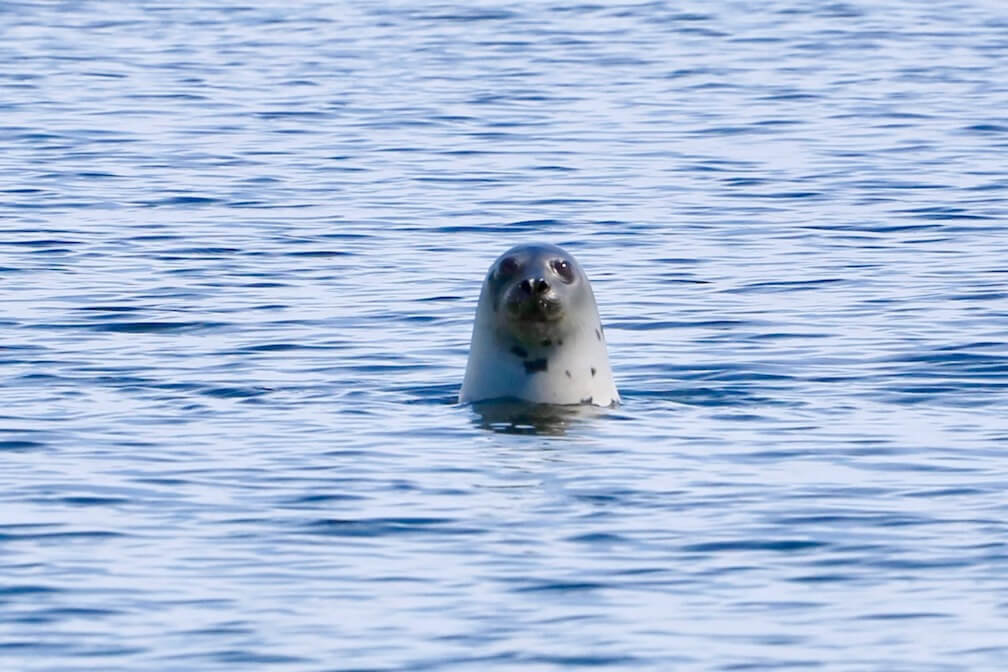 In Baie-Comeau, on January 6, the calm seas are completely void of whales, but a grey seal makes the day of a local resident out for a stroll.

Armed with patience, observers contemplate the winter seas. The beauty of the St. Lawrence is worth admiring in and of itself, so it’s not the end of the world that whales and seals are becoming increasingly scarce these days… 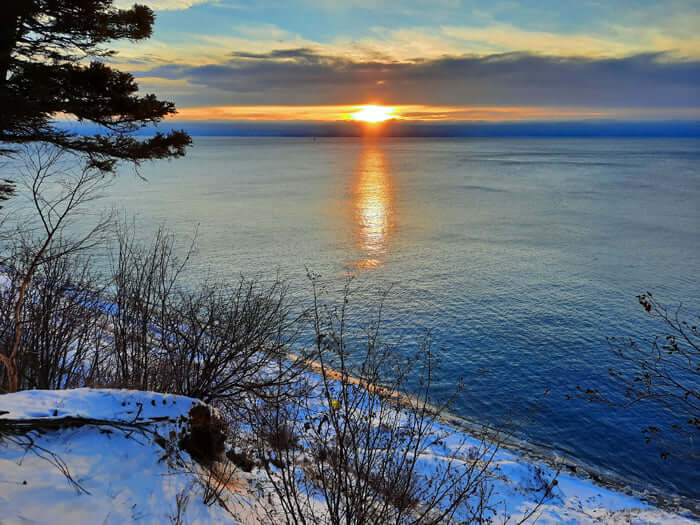 Even without wildlife to observe, the St. Lawrence is a beautiful river to admire. © Renaud Pintiaux
Observation of the Week - 7/1/2021