New Species for the Season 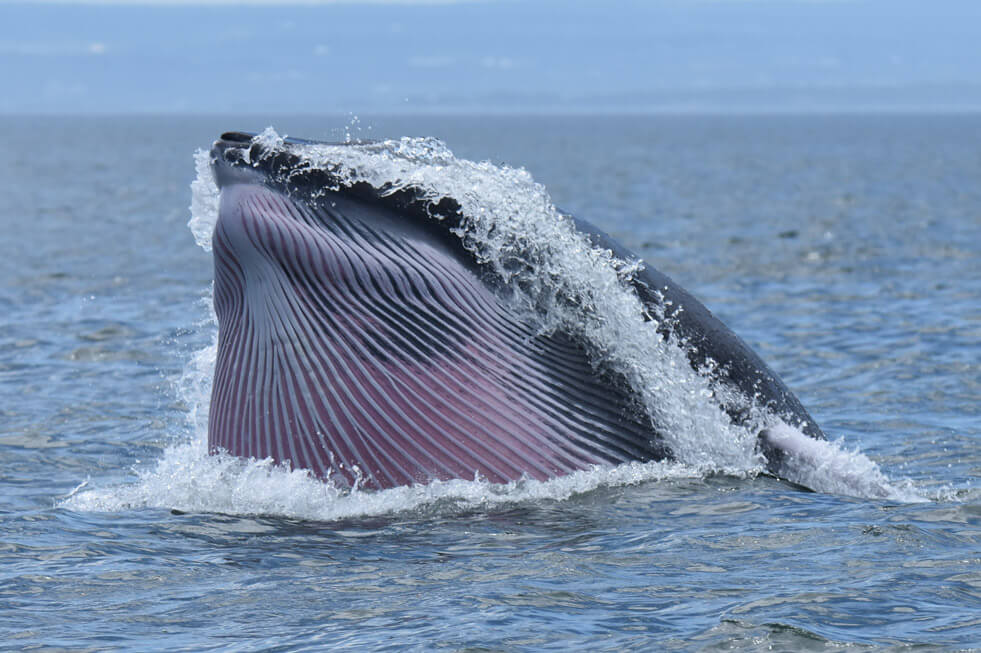 In Sept-Îles, in Quebec’s Côte-Nord region, a long-time observer sets sails on a friend’s boat for the first time this season. The boat cruises by Île du Corossol, a protected island sanctuary for seabirds. On the way, they cross paths with two minke whales moving through the water at a good pace. This is the first minke whale observation this season! “I also saw a faint spout in the distance. I can’t say whether or not it was big, given the overcast weather and the wind. It might be another minke whale, or perhaps a larger rorqual.”

The minke whale is one of the most commonly observed cetacean species in the St. Lawrence Estuary. Some individuals are very faithful to a given feeding site, such as the mouth of the Saguenay. This loyalty makes it possible to develop highly efficient feeding techniques. For example, some minke whales will use rocks, cliffs or currents to trap their prey.

Another species that develops audacious feeding techniques is the humpback whale. Bubble nets, cooperation with birds, leaps and flips… the surface feeding techniques of these animals are impressive. In fact, three individuals were observed on April 19 from a hostel in Cap-aux-Os in the Gaspé. “Two of the animals are larger than the third one,” confirms the innkeeper. Seeing their raised tails and water splashing in all directions, he adds: “Sheseems to be having a good time!”

On the other side of Gaspé Bay, off the coast of Pointe-Saint-Pierre, a fin whale blows on April 19. A well-defined chevron makes it possible to recognize the species. When we talk about the chevron, we are referring to the V-shaped change in pigmentation on the animal’s back. Some fin whales have highly contrasting chevrons, e.g. BP942, a.k.a. “Piton”, while in others this feature is very subtle, e.g. BP078, a.k.a. “Ligné”. 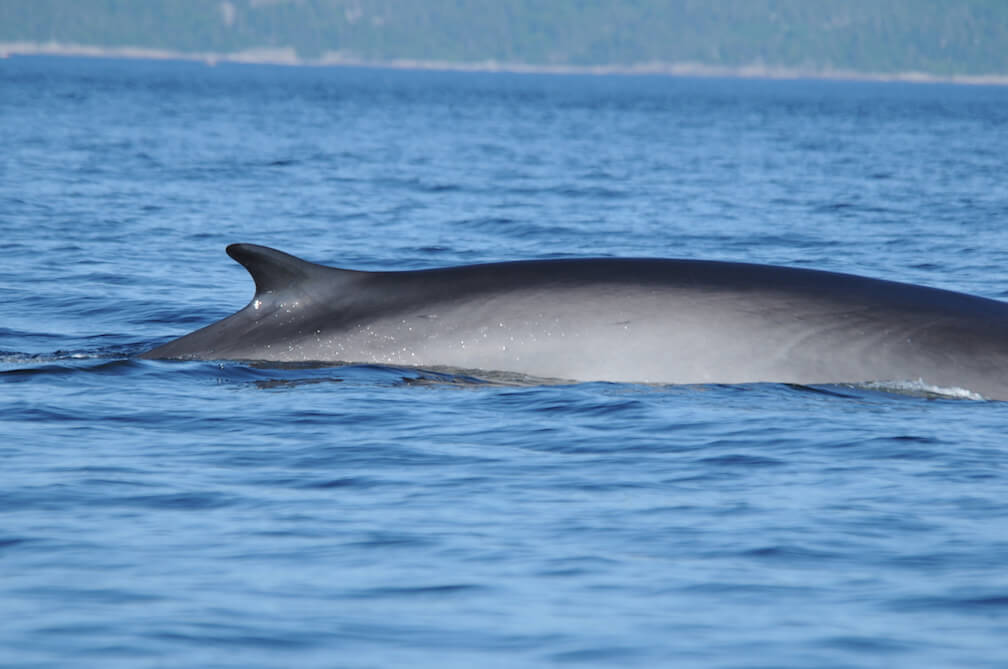 Passengers on the Saint-Siméon – Rivière-du-Loup ferry were treated to exciting observations on April 20. Two beluga herds of roughly fifteen individuals each were observed between Île au Lièvre and Rivière-du-Loup. Unlike minke whales, belugas are gregarious, i.e. they live in communities. It is therefore common to see belugas gathered in large numbers. Belugas were also observed from Pointe-Noire near Baie-Sainte-Catherine on April 22, as well as from the docks in Les Escoumins, where observations have been frequent over the past several weeks.

On April 23, from Grande-Grave in the Gaspésie, a hiker arrives just in time to see two humpbacks lift their tails into the air. The animals dive and the hiker does not see them again. Humpbacks can remain under water for 8 to 15 minutes, with records of up to 30 minutes.

Lastly, in Havre-Saint-Pierre, it’s not spouts but muzzles in the air that attract the attention of one observer. Harp seals or harbour seals? “If only I had my binoculars!” she writes to us in real time from the marine terminal. It’s not always easy to identify what you see, but it’s always a pleasure to observe the life around us. 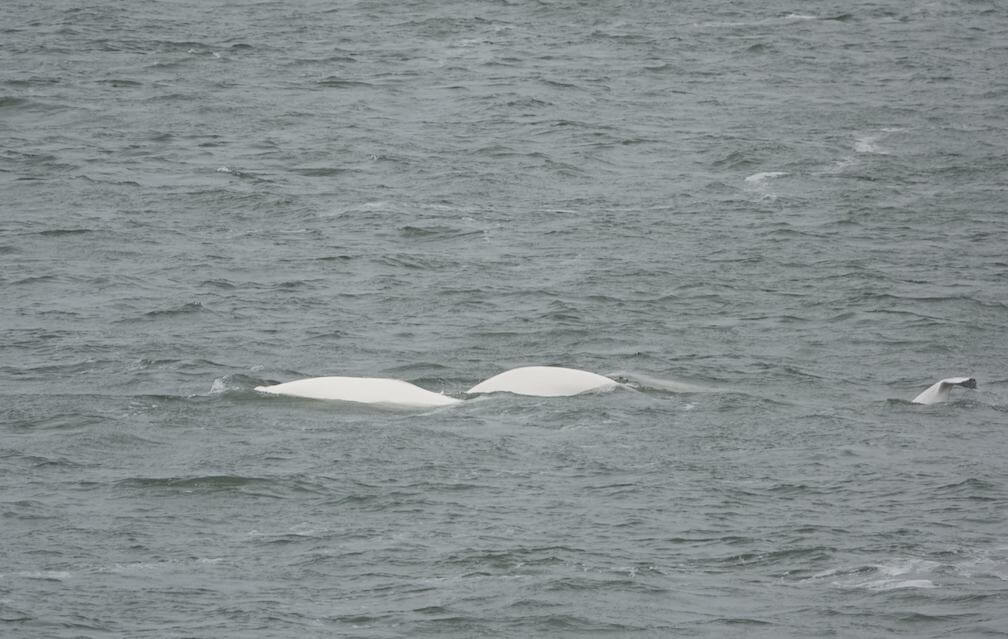