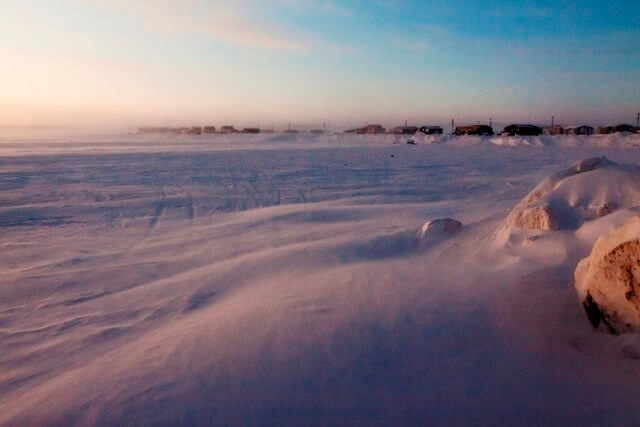 On November 16, Fisheries and Oceans Canada announced the creation of the largest Marine Protected Area (MPA) in the Canadian Arctic: Anguniaqvia niqiqyuam. Located in the Beaufort Sea, this territory spanning 2,400 km2 offers critical habitat for numerous marine species. This announcement was widely applauded by environmental organizations and the Inuvialuit. The creation of this MPA, however, is but a first step toward better protection of Arctic marine ecosystems, which are currently undergoing major changes and facing new threats.

Anguniaqvia niqiqyuam is an extremely productive area ecologically and provides critical habitat for many marine species, including Arctic char, beluga whale, polar bear, ringed seal, cod, bearded seal and numerous species of birds. Approximately 40,000 belugas – about 27% of the world’s population – spend part of the summer in this area.

Regulations governing this MPA prohibit any activity that disturbs, damages, destroys or removes any living marine organism or any part of its habitat within the designated area, with the exception of a few activities that are vital to the long-term prosperity of the local community. Among other activities, oil and gas exploration is prohibited.

In a context of global warming and melting ice, the emergence of new shipping routes in the Arctic is expected to open the region up to oil and gas exploration and commercial fishing. Creation of an MPA therefore protects this ecologically and culturally important site from human activities that might threaten it in the near future. However, this area represents only a small portion of the Arctic Ocean and much remains to be done to protect the species that live there and their critical habitats.

The Canadian government is committed to protecting 5% of the country’s oceans by 2017 and 10% by 2020 under the Convention on Biological Diversity. According to Catharine Tunnacliffe, communications specialist for WWF-Canada, just over 1% of Canada’s oceans and Great Lakes are currently protected and only 0.01% are safe from oil and gas exploration and commercial fishing.

On November 18, the US government announced that parts of the Arctic would be off limits to all oil exploration, notably the Chukchi and Beaufort Seas, until 2022. However, a group of 34 recognized scientists working in the fields of climate change, ecology and marine biology, as well as environmental groups, consider that a temporary exclusion is not sufficient and that the exclusion should be permanent. Drilling for hydrocarbons in the Arctic presents unnecessary risks to Arctic marine ecosystems and the global environment, scientists explained in a letter sent to Obama on November 12.

Obama puts Arctic Ocean off limits for drilling in last-ditch barrier to Trump (The Guardian, November 18, 2016)