Navigating through the Fog 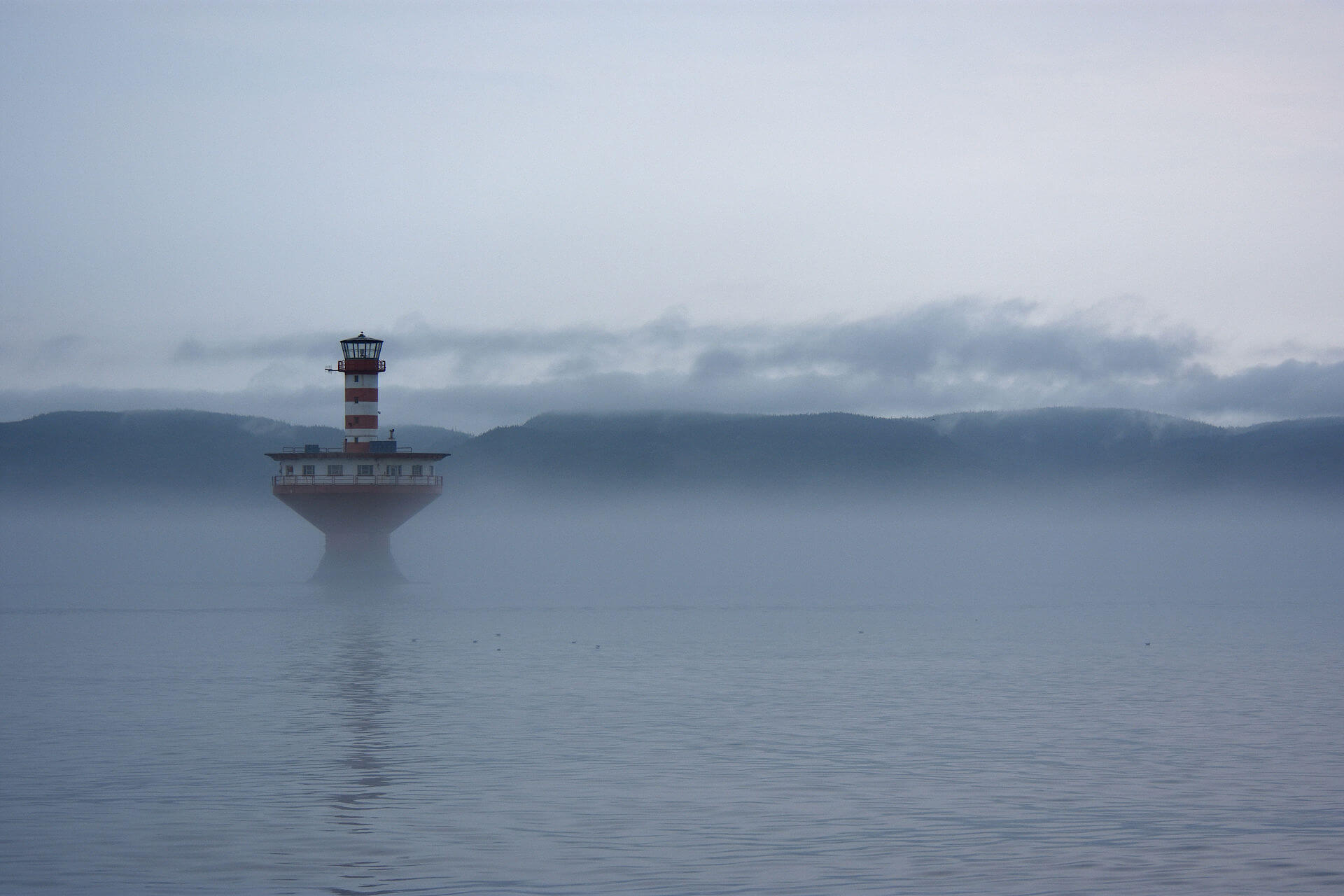 Our observer from Franquelin notes the presence of four minke whales and four porpoises on July 21. A little farther down river, in Sept-Îles, fifty or so porpoises venture into Sainte-Marguerite Bay. Four minke whales are also spotted.

Between Tadoussac and Les Bergeronnes, the beluga photo-identification program was once again hampered for part of the week due to the fog. Its tough to photograph them if you can’t see them! The area does, however, produce sightings of four fin whales – including Zipper, who bears a scar from a run-in with the propeller of a ship – a few porpoises and minke whales. “We never get bored; there’s always action!, exclaims a GREMM research assistant. As for humpbacks, the female Tic Tac Toe has been observed frequently. She calmly pretends to dive two or three times before raising her tail and diving for good. The complete opposite of the exuberant Tic Tac Toe we have come to know, this behaviour gives rise to speculation: Could Tic Tac Toe be pregnant? To be absolutely certain, we would have to wait for biologists to confirm this through a biopsy or photogrammetry.

In the Haute-Gaspésie region, more precisely in Sainte-Anne-des-Monts, observers have been keeping an eye out for whales since late June. On July 21, their patience finally pays off: two rorquals (minke or fin whales) visit the east side of Anse de l’Échouerie. Distinguishing between minke and fin whales at a distance is not always obvious despite their considerable difference in size. However, if one observes the animal’s blowhole and dorsal fin at the same glance, it can be concluded that it is a minke whale.

On July 19, off the coast of the Cap-des-Rosiers lighthouse near Gaspé Bay, eight humpback whales, four minke whales, five fin whales and twenty or so porpoises are seen. In the days that follow, humpbacks seem to disappear while two blue whales – a mother and her calf – are observed. The duo has been visiting the region for several days now. One cruise employee remarks: “We stopped at the regulatory distance of 400 metres and turned off the engines to observe them without disturbing them, but the little one is really curious. He approached us to see what was happening in our neck of the woods.”

It’s been a quiet week on the North Shore, as a persistent sea fog has shrouded the St. Lawrence. Research activities and marine mammal observations have been reduced to a trickle.

Sea fog is formed when winds are weak and a mass of warm, moist air moves over an expanse of cold water. The water vapour cools and condenses into tiny droplets. This phenomenon, also called sea smoke, is common in some places, such as the mouth of the Saguenay, Pointe-des-Monts and Havre-Saint-Pierre, where rising cold water maintains water temperatures between 1°C and 7°C.

In Longue-Pointe-de-Mingan, the Mingan Island Cetacean Study crew remained at berth part of the week due to reduced visibility. In more favourable weather, the research team’s two boats ply the water, turning up 3 humpback whales, 14 fin whales and 1 minke whale. In the Jacques Cartier Strait, they observe two North Atlantic right whales, an endangered species of which there are only 450 individuals left on the planet. 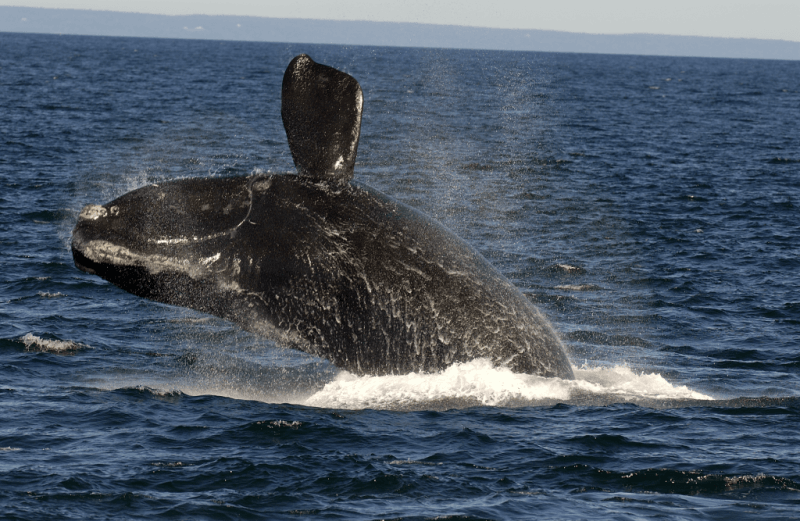 The right whale, a species at risk, can be seen in the waters of the St. Lawrence. Observations remain exceptional, however, even if they have been more regular since 1995. © Jean Lemire
Observation of the Week - 26/7/2018