Movement of Prey Conditions that of Whales 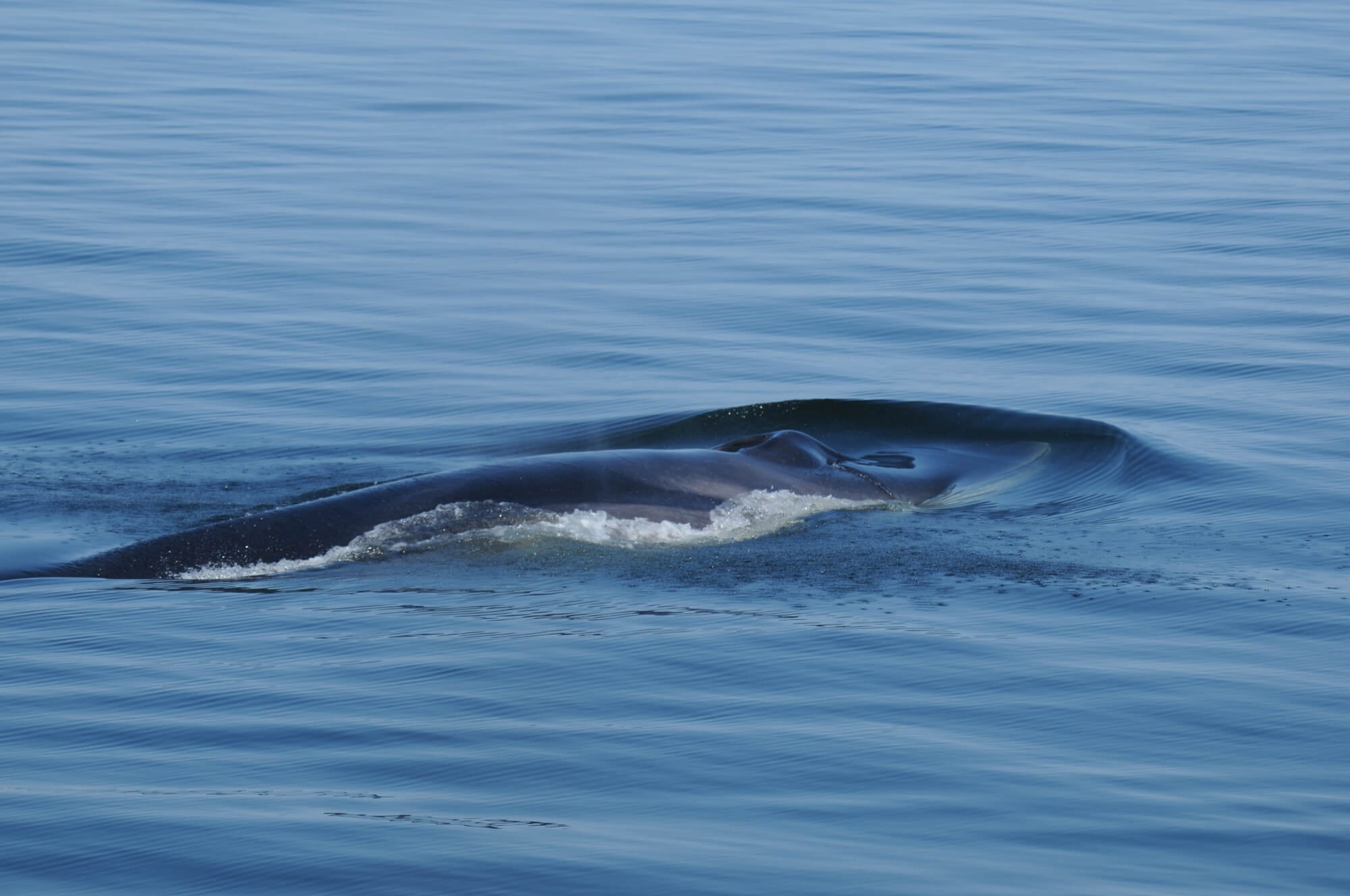 A text from Sonia Villalon

Every species has its preferences in terms of prey and this week’s observations are proof:

The Mingan Island Cetacean Study (MICS) team observed several large whales this week: approximately thirty fin whales, twenty or so humpbacks (all known and listed in the MICS catalogue, including Van Gogh and Doggy), six blue whales and three right whales. Off the shores of Anticosti Island, roughly fifty large whales are observed, including two blue whales, one right whale and numerous fin and humpback whales. It is assumed that these areas are teeming with zooplankton – namely krill and copepods, which are tiny crustaceans – which is devoured by these large baleen whales.

In the Mingan sector, observations of minke whales and harbour porpoise are rare; these two species are more plentiful in the Gaspé area. And, no fewer than a thousand white-sided dolphins are tallied by Richard Sears and his team at MICS! These areas are undoubtedly rich in fish such as sand lance and capelin, which are favourite prey for these cetaceans.

The Marine Park area is swarming with fish and minke whales are gorging themselves, providing a magnificent show to all those watching. One captain explains: “The minke whales are going berserk! Several are feeding in Baie des Anémones and porpoises are also being seen in large numbers!” Same thing at the mouth of the Saguenay. On September 11, for nearly an hour and a half, a minke whale actively feeds near the water surface, much to the delight of those watching.  The animal makes a quick charge, revealing expanded ventral grooves, pectoral fins and its tail at the water surface.

Belugas are also present in the area, with numerous young grays making up the herds. “We’ve been observing them swimming right along the rocks,” says a GREMM naturalist working at the Pointe-Noire observation site. She adds: “They were so close we even thought we heard some vocalizations.”

Large rorquals are more frequent in the downstream portion of the Marine Park these days, i.e. off Les Escoumins and Les Bergeronnes. Certainly there are zooplankton aggregates in this area. Fin whales are recognized, including Piton, Trou, Bp033, the female Caïman and her young, and an individual with a damaged tail dubbed “Moignon” by captains. This unusual-looking individual lifts its tail to help propel itself when it dives, which is rare in this species nicknamed the “greyhound of the seas” in reference to its speed and flexibility. This individual, visibly injured in the past – perhaps a collision – has adapted to its handicap by modifying how it swims.

The female humpback Bad Chemistry and her young are also seen off the point in Carriole. On September 11, off Quai des Pilotes in Les Escoumins, a few visitors admire two humpbacks breaching in tandem as well as slapping their pectoral fins on the water surface. In Gaspé, humpback whales also engage in these spectacular behaviours and fin whales feed near the surface.

The blue whale feeds on just one type of prey: krill. The presence of “blues” in our waters is thus largely conditional upon this prey. No blue whales have been seen off Gaspé or in the Marine Park this past week. No doubt their favourite snack – krill – abounds elsewhere. The largest reported concentration comes from the Mingan sector, where 6 individuals were noted.

The location of prey is highly variable and depends on a multitude of oceanic and climatic factors such as currents, the magnitude of the tides and surface winds. The Gulf of St. Lawrence is a very dynamic environment and the movement of whales in summer is therefore very unpredictable. These are the day-to-day discoveries being made by our faithful observers. Patience and luck are the most important things for admiring these gigantic and majestic animals!