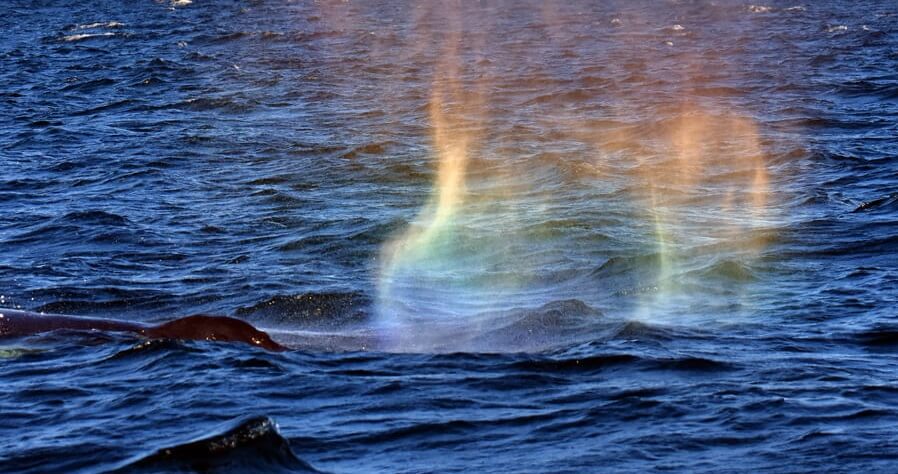 This week has been tinged with a majestic full moon and temperatures reminiscent of balmy summer evenings. With the onset of autumn, there are fewer and fewer eyes scanning the water, but lingering observers have been treated to moments of splendour.

A spectacular display of breaths and breaches

“Friday morning, I board a whale-watching Zodiac,” says our chief editor. I had just spent the night by the River, where blowing whales punctuated my dreams. But I was obviously not the only one to have heard the call of the sea: That morning, I just so happened to find a number of collaborators from the whale world on the boat. Did the whales show up just for us? Idling off the dunes of Tadoussac, we are suddenly surrounded. As far as the eye can see, there are spouts. Perhaps fifty individuals, give or take. To our left, black backs intertwine as a tight formation of about fifteen fin whales surface to breathe. To the right, a group of three humpbacks dive, their caudal fins appearing to bloom out of the water like gigantic black and white flowers. All around the boat, several minke whales flirt with the mirror-like surface. In one closes one’s eyes, the crackle of breaths echoing all around sounds like a fireworks finale.” 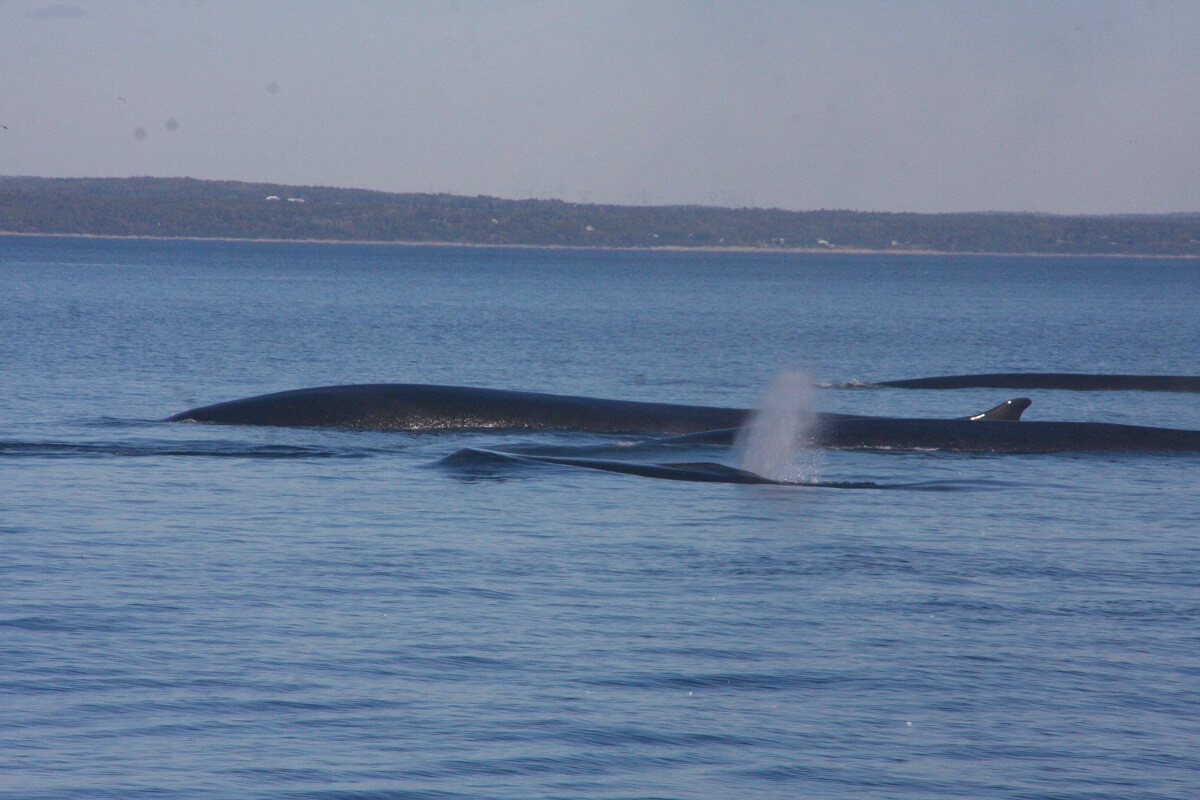 The Marine Park is a daydreamer’s paradise. On Monday, photographer Renaud Pintiaux had a moving experience. He had the opportunity to hear the night-time blasts of numerous humpbacks from shore in Les Escoumins: “Two humpbacks in the night under the full moon… I had tears in my eyes.” At dawn that same day, he had also observed a wide variety of cetaceans: fin whales, humpback whales, minke whales, harbour porpoises… and a blue whale! “From my trailer, I was able to contemplate a blue whale swimming near Baie des Anémones,” he says. 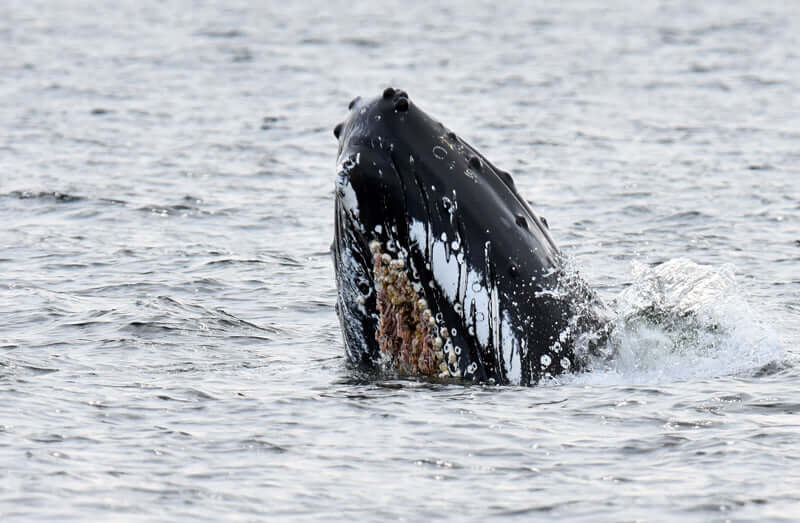 From synchronization to synchronicity

For many residents and tourists of the Gaspé, September 22 was unforgettable. One observer made his usual rounds to Cap Bon-Ami and then to Cap Gaspé, observation posts perched slightly above the water level and thus perfect for spotting whales. He tallied around 25 humpbacks! “I even saw two animals breach at the same time. And the day before, I saw triple breaches in the same place! We could see the splashes very clearly; it was awesome,” he tells me. Cruise passengers off the coast of Gaspé also report seeing humpbacks in numbers. They were treated to an entire ballet of pectoral fins, which they managed to capture with their cameras.

Off Cap-des-Rosiers, a family from the Netherlands took a Zodiac to the wreck of the Saturnus, a Dutch ship torpedoed by the Germans during World War II. The purpose of this visit was to pay respect to their grandfather who perished in this event, but whales decided to crash the ceremony. As the family gently laid a commemorative flower on the peaceful waves of the St. Lawrence, no fewer than six giant shadows approached the craft. Raising their pectoral fins and tails gracefully above the water, the humpbacks offered the visitors an unforgettable choreography, like a solemn salute to the departed sailor and his loved ones.

Blues off the coast

It’s the return of the giants of the sea: blue whales! Near Rimouski, MICS collaborator René Roy saw three individuals of this species: “They were going on long dives lasting 12 to 14 minutes,” he says. According to him, the paucity of blue whales in the Estuary this summer might be attributable to a lack of food, as krill does not appear to be present in large quantities. 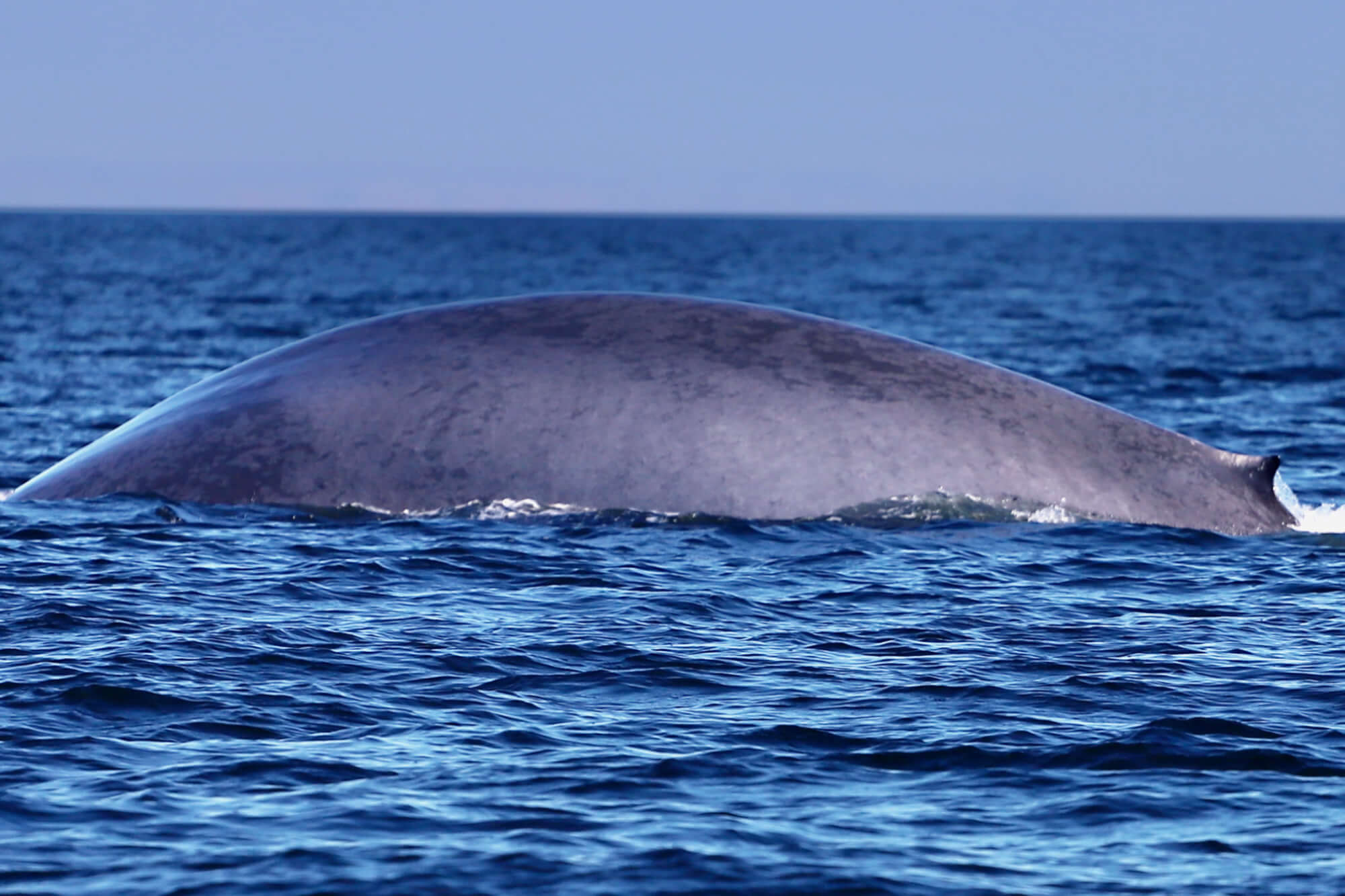 The charm of the shore

No need for a boat to enjoy marine mammal magic. On Sunday and Tuesday afternoons, a string of scattered belugas was seen by one observer in Saint-Irénée. In Gaspé Bay, there were reports of Atlantic white-sided dolphins, porpoises and minke whales. Near Forillon National Park, grey seals and harbour seals engage in a concert. “There were about 40 of them at the bottom of the hill […], it looked a bit like a pack of wolves howling at the moon,” describes one observer. It’s no wonder that mariners often refer to seals as “sea wolves”.

On September 16, a minke whale and a large herd of belugas were ambling near Anse de Roche. In Franquelin, three humpbacks came to greet an observer just in front of his residence. In Pointe-des-Monts, local residents were delighted to spot 200 Atlantic white-sided dolphins 1 km offshore. Near Havre-Aubert in the Magdalen Islands, two minke whales made an appearance. Bluefin tuna were photographed off Port-Cartier. 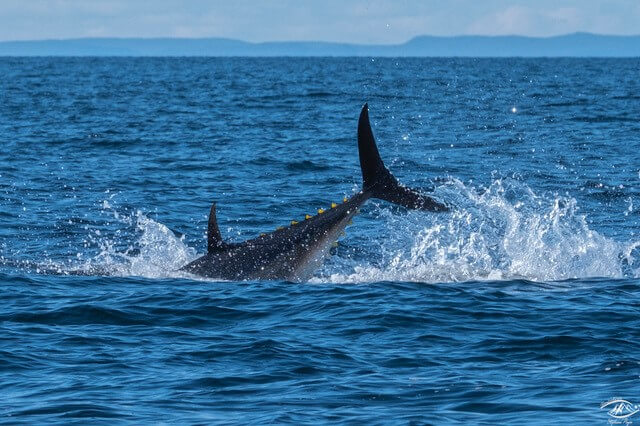 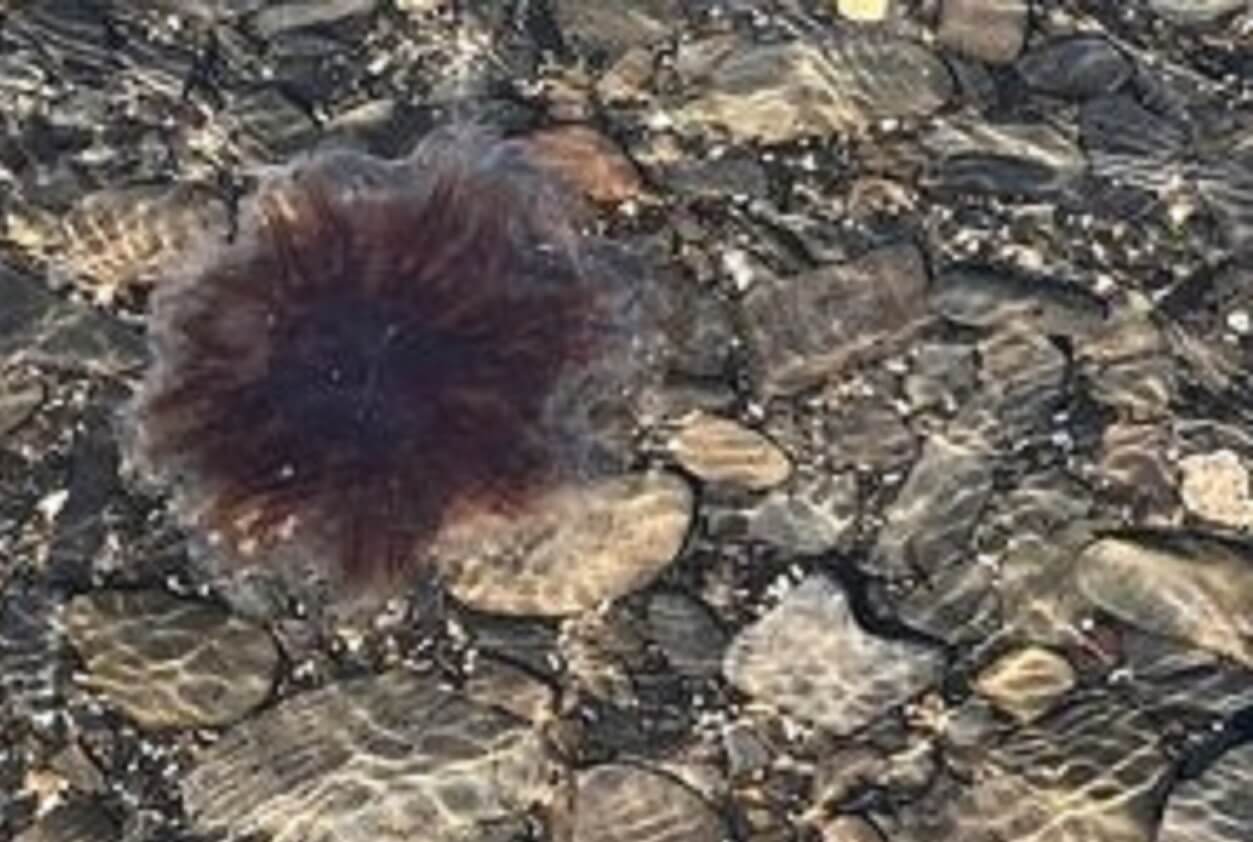 An observer from Saint-Yvon finds that insomnia actually has some advantages.  On Sunday morning, she wakes up before the crack of dawn. “These days, the colours are amazing: red and pink and purple…” she describes. In the early morning light, she observes white-sided dolphins, a fin whale skimming the bay before heading out to sea, and lion’s mane jellyfish with their glowing-red hearts. A real rainbow!