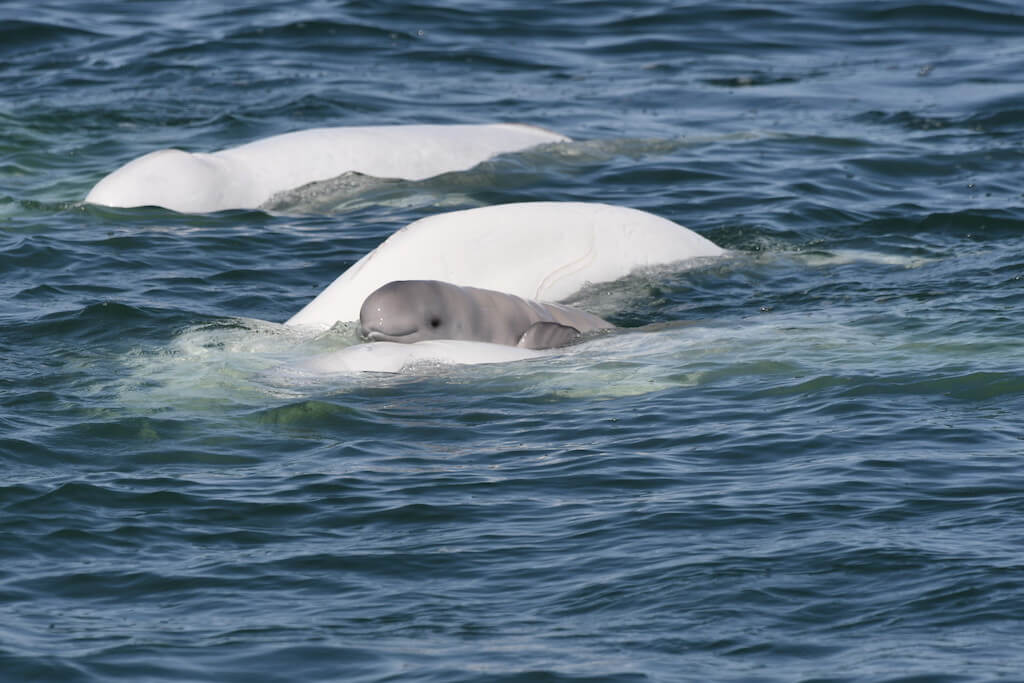 The Group for Research and Education on Marine Mammals (GREMM) is publishing a video to answer the many questions that are being asked about industrial port projects being developed along the Saguenay. “I’m particularly concerned about belugas,” remarks from the outset GREMM scientific director and beluga specialist Robert Michaud. The video is in French, but subtitles are available by clicking on the cc button.

The belugas of the St. Lawrence represent an endangered population. Among the threats they face, noise pollution is at the top of the list. Belugas depend on sound to orient themselves, hunt, communicate and socialize. And in order to be able to make use of these sounds, they must be in a relatively quiet environment.

Throughout St. Lawrence beluga habitat, marine traffic is on the rise, as are noise levels and the duration of exposure to such noise. But some sectors remain relatively unaffected by merchant shipping. Such sectors include the Saguenay Fjord and the south shore of the Estuary (Cacouna / Rivière-du-Loup / Kamouraska area). They form “acoustic refuges”, which are relatively quiet places most of the time. “These shelters are believed to be of particular importance for beluga health,” explains Michaud. To validate this hypothesis, which is shared by a number of scientists, the GREMM team is collaborating with researchers from the Université du Québec en Outaouais, Fisheries and Oceans Canada and the Quebec Ministry of Forests, Wildlife and Parks. The results of their research should be able to guide how the St. Lawrence and the Saguenay are developed in an effort to reduce beluga noise exposure.

Until the results are available, Robert Michaud calls for patience and caution. “Losing these shelters means risking irreparable impact on this small, fragile population,” he worries.

This video comes a few weeks after a request for information (article in French) from the Canadian Environmental Assessment Agency (CEAA) to suggest that the environmental impact study for the GNL Québec Inc. project be revisited. New locations for the project are to be considered and presented. Some elements had not been taken into account, such as the noise emitted by LNG transport vessels.

“The scope of this video is not only the GNL Québec / Énergie Saguenay project,” warns GREMM’s president. “Other projects have already been approved by the CEAA, and it is not clear whether or not other developers are planning projects in the sector. Any project that increases maritime traffic in the Saguenay is worrying to me.”

Industrial ports on the Saguenay: a beluga’s perspective (Whales Online)