The humpback whale migrates to the Caribbean in the fall and returns to the waters of the North Atlantic and the St. Lawrence in the spring. © GREMM

As winter approaches, migratory whale species are slowly beginning to leave. Although humpback whales are becoming more scarce, the waters of the St. Lawrence are still full of life. Belugas, porpoises, seals, and dolphins are everywhere.

Sightings of humpbacks are becoming increasingly rare in the St. Lawrence. Their migration to the Caribbean seems to be well underway. Every year, thousands of humpbacks complete this 5,500 km trek on an epic journey that takes them to their winter breeding grounds. Next spring, these cetaceans will return to the North Atlantic and the St. Lawrence to feed.

One observer had the opportunity to witness a breaching humpback near Franquelin. This giant of the seas was also spotted in a few other locations throughout the St. Lawrence. A group of three humpbacks was reported near Cap Gaspé and a solitary individual was observed from afar in the Saguenay-St. Lawrence Marine Park. 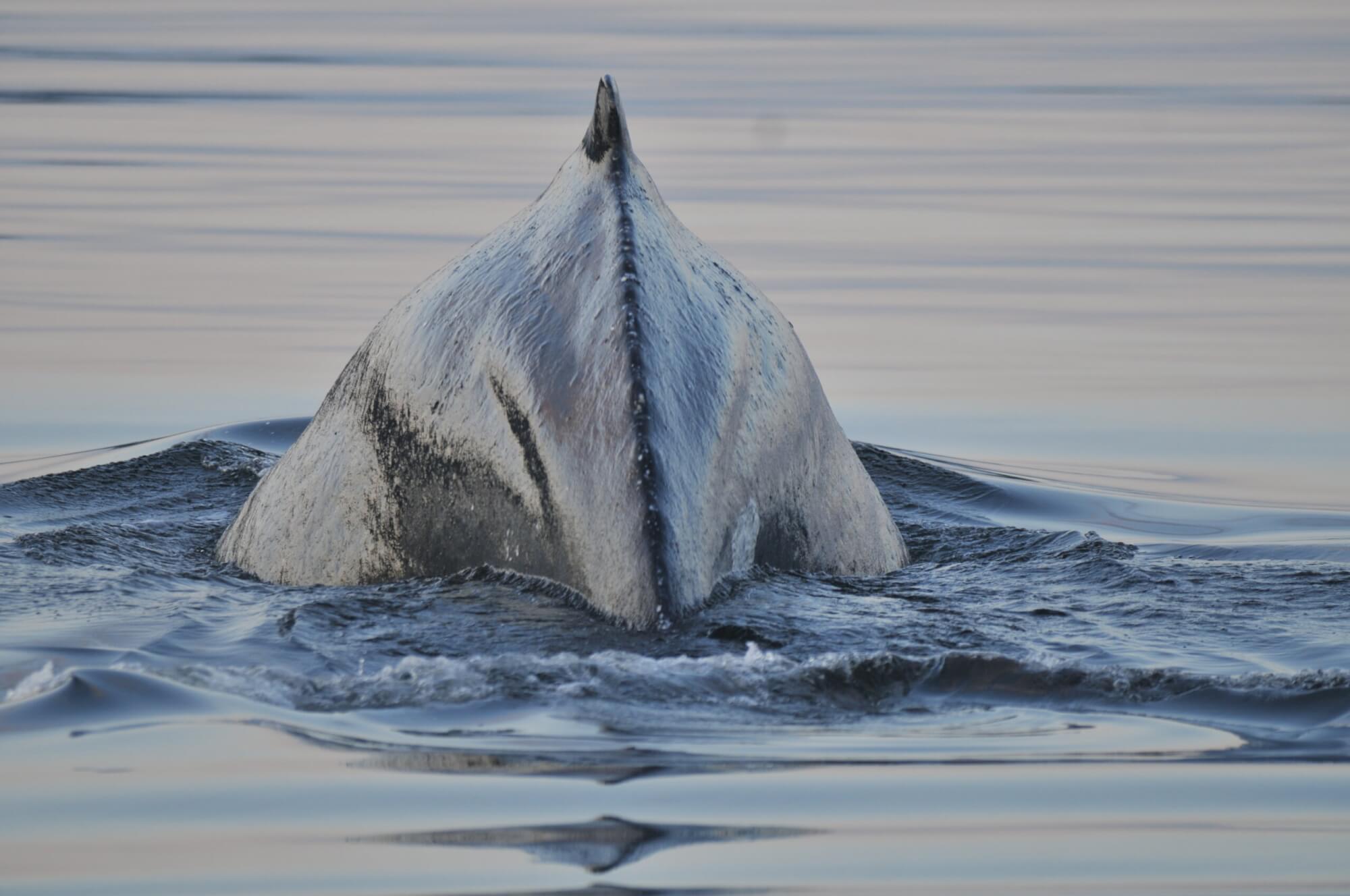 Belugas, which reside in the St. Lawrence Estuary year-round, have not gone unnoticed in recent days. The mouth of the Saguenay was alive with their presence! Although they are slow swimmers, a group of belugas can still be quite dynamic in their movements. One individual was also spotted in Tadoussac Bay!

Reports of minke whales have been coming in from just about everywhere, beginning on November 4 with one individual feeding near the CIMM museum in Tadoussac. To maintain a healthy weight of between six and eight tonnes, the minke whale consumes planktonic crustaceans and small schooling fish such as herring and capelin. A similar scene played out at the mouth of the Saguenay, where one birder/wildlife photographer remarked that there were “a lot of minke whales feeding around Prince Shoal, which is always a pleasure to see!”

On November 5, a few minke whales were hanging around between Les Bergeronnes and Les Escoumins. Perhaps this is the same group that a local observer noticed on Monday, when he tallied 5 just in front of his home. Other sightings of this cetacean were reported throughout the week from La Malbaie, Sept-Îles, and Gaspé, amongst others. 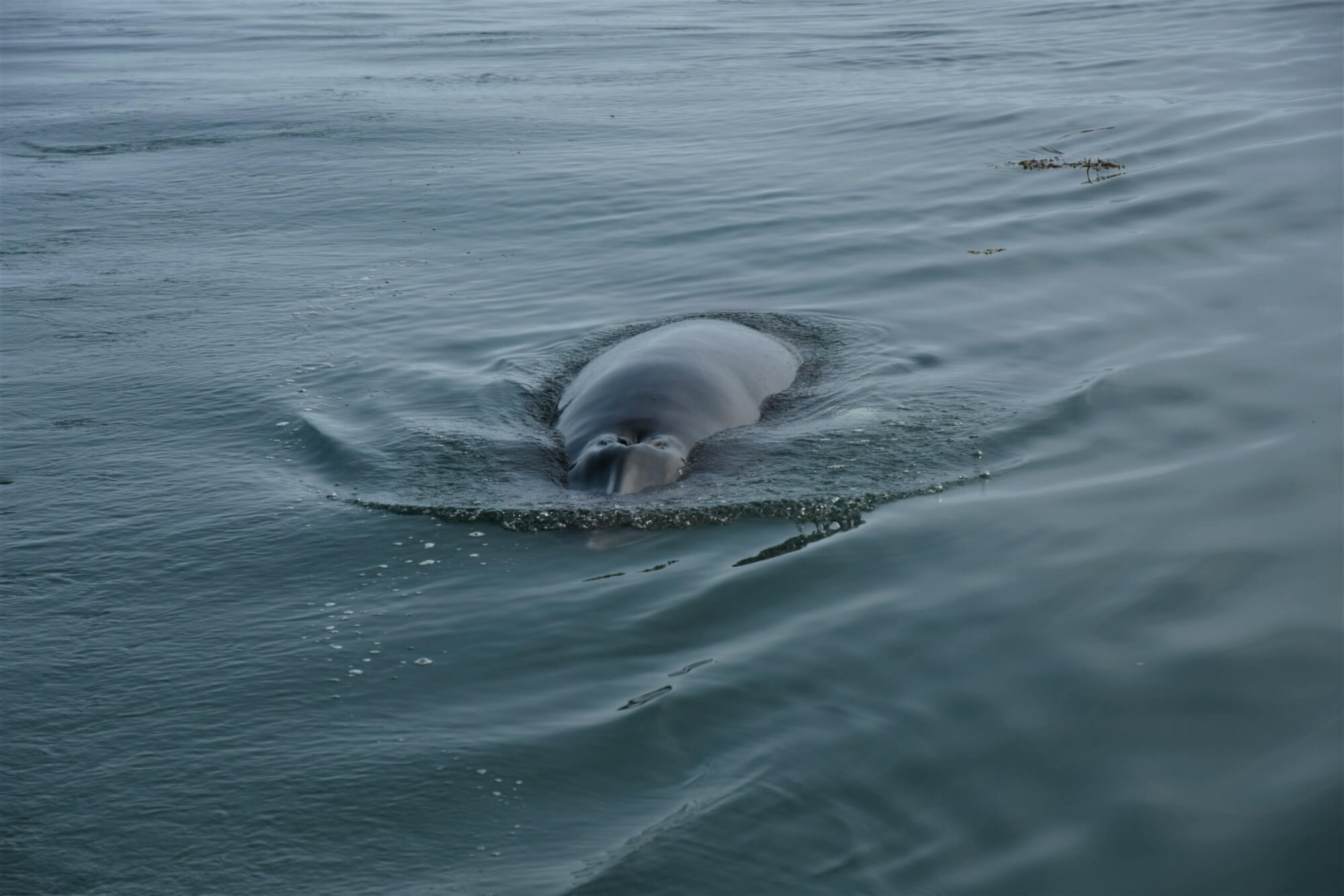 Minke whales are observed regularly from March to December in the Gulf and Estuary of St. Lawrence. © GREMM 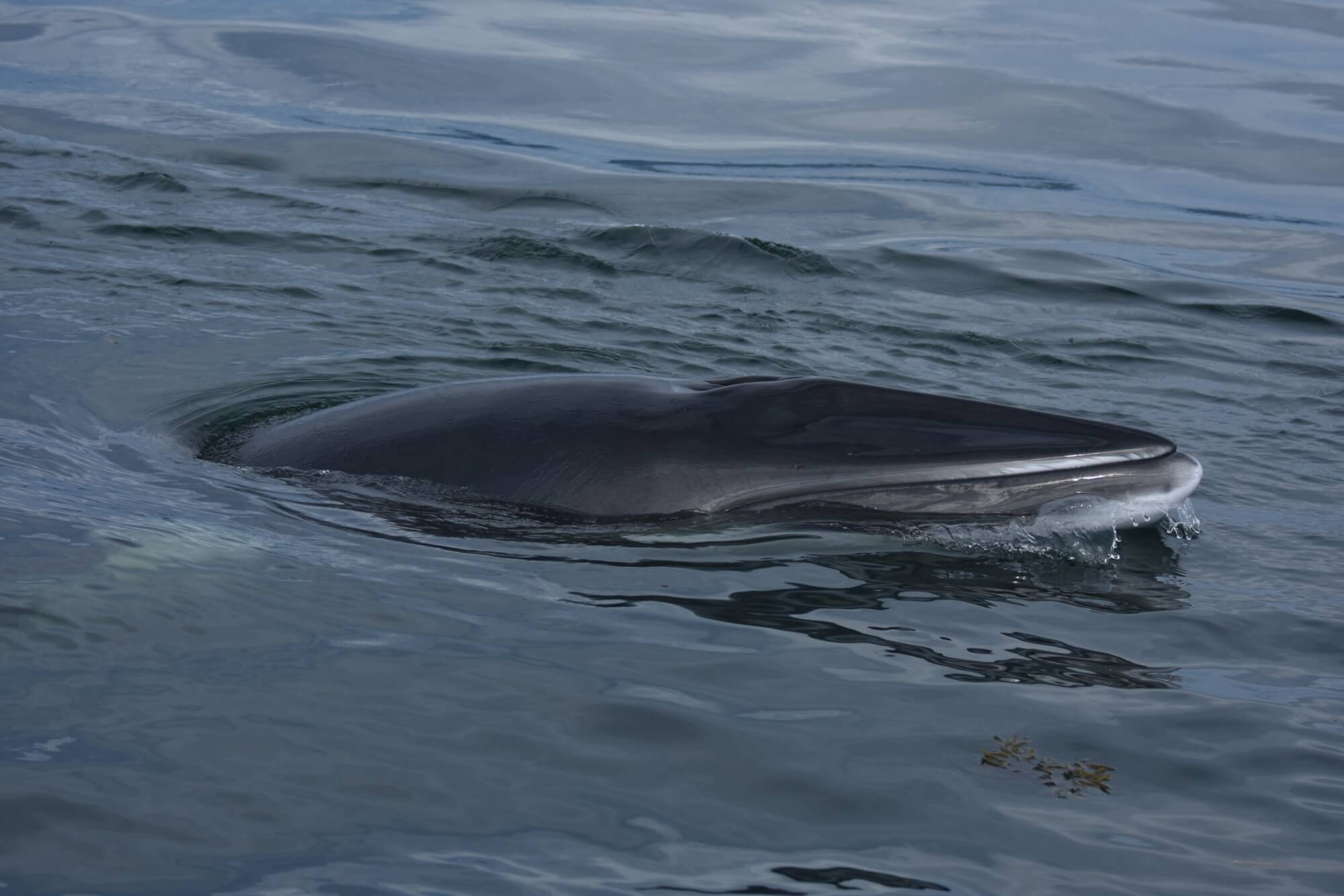 In Saint-Siméon, a few dozen harbour porpoises rapidly parade down the middle of the river toward Port-au-Persil. This species of toothed whale was also present in Franquelin.

At Cap de Bon-Désir, one observer reported a grey seal attacking a harbour porpoise! Predatory behaviour is not uncommon in these pinnipeds. In fact, they may even feed on this small whale.

A harbour seal is encountered near the mouth of the Brochu River in Sept-Îles; the same species is also observed in La Malbaie. Other grey and harbour seals are spotted in Gaspé Bay. Marine mammals have been numerous in this region this year. Spanning approximately 1,000 km2, the Banc-des-Américains Marine Protected Area provides prime habitat for cetaceans and pinnipeds. Food is plentiful in these peaceful waters, where any activity that could potentially disturb wildlife is prohibited.

Atlantic white-sided dolphins are still being seen in the St. Lawrence, with some reported near Les Escoumins last Sunday. Another fifty or so were spotted near the Saguenay‒St. Lawrence Marine Park on November 8. Jumps, leaps, acrobatics… all at dizzying speed; these dolphins are hard to miss!

Atlantic white-sided dolphins do not undertake seasonal migrations, though some north-south movement may be observed. © Steve Mirick
Observation of the Week - 10/11/2022 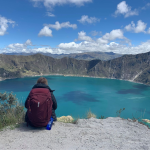