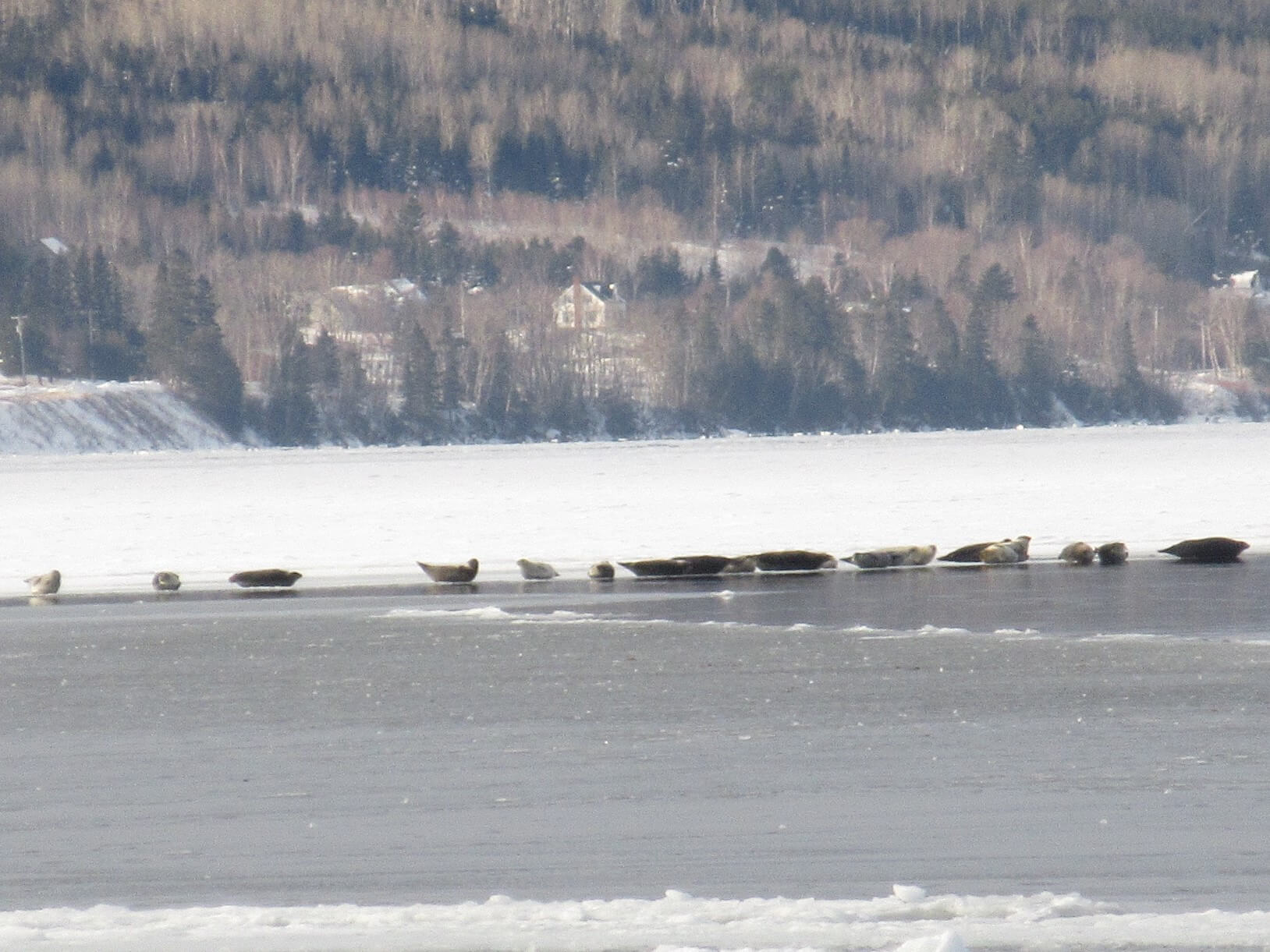 On and under the ice, life is going well in the St. Lawrence! © Diane Ostiguy (Archives)

Monday evening, from the window of her home in Sept-Îles, a local resident peers outside to admire the blazing sky of the setting sun. It is at this moment that her eyes land on a heap of black spots on the distant shore: seals! She tallies about sixty of them, but without her binoculars and in the fading light, she is unable to identify the species. “It’s hard to tell what they are from so far away,” she says.

Farther upstream, in Les Escoumins, a captain also reported the presence of pinnipeds not far from the pilot station. This week, he and his colleagues have been seeing grey seals swimming every day. “We’ve been spotting them as they stick their big dark heads out of the water,” he reports. Not far from there, a GREMM employee crosses paths with a harbour seal near the Marine Mammal Interpretation Centre in Tadoussac. In Gaspé Bay, an observer also reported the presence of a harbour seal resting alone on the pack ice. But this encounter was accompanied by an unusual visitor: “While scanning the landscape last Thursday in search of birds and marine mammals, I spotted some movement in the middle of the bay.” A good distance away, a fox was making its way across the ice, a little red speck in the vast ivory expanse. 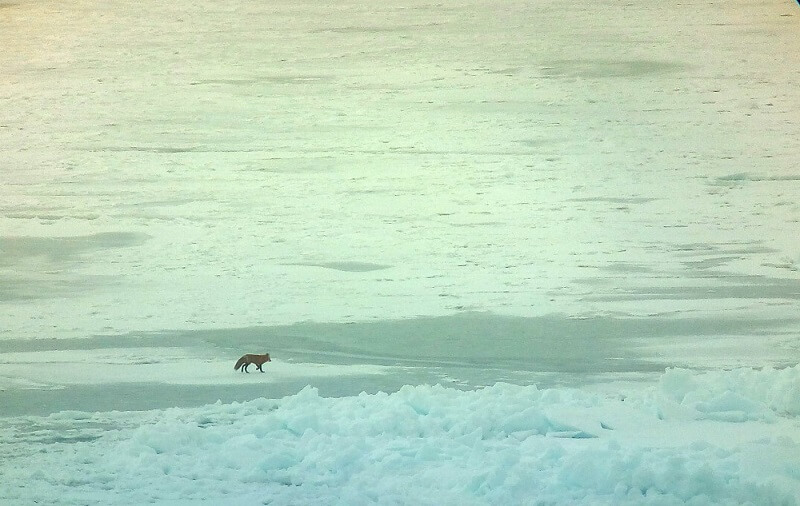 A fox on the ice floe © Laetitia Desbordes

Krill below the surface

Near the town of Gallix, mariner Jacques Gélineau takes advantage of a sunny day to take a peek underwater using a waterproof camera. In this azure water, which is typical of winter due to the absence of large phytoplankton blooms, he captures the images of a small school of krill swimming and twirling between the shimmering surface and the sandy bank.

As a type of zooplankton, krill is an organism that belongs to the animal kingdom and lives in suspension in the water column. A number of zooplankton species depend on seasonal ice to survive and thrive, as they feed on microalgae that form in winter on the submerged side of the pack ice. However, for several years now, climate change has been triggering a gradual warming of the St. Lawrence, consequently, a slow reduction in the annual ice cover. Scientists are therefore witnessing a decrease in the abundance of certain plankton species such as the copepod Calanus glacialis. These changes impact other levels of the food chain and fin whales in particular.