Big Return of a Small Cetacean 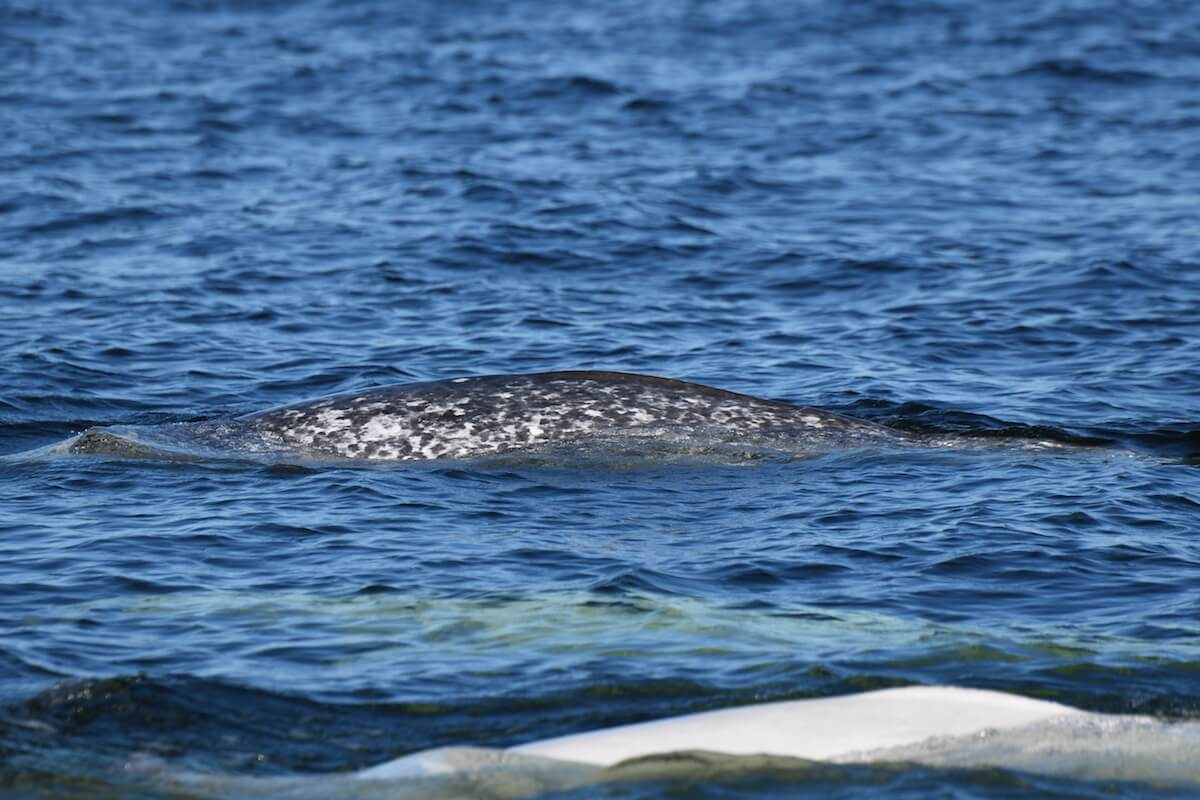 The narwhal is an Arctic species that is not usually found in the St. Lawrence © GREMM

This week, there was action in the St. Lawrence! In addition to the usual species that seem to be just as plentiful as earlier in the season, one cetacean that was long overdue this summer made a triumphant appearance in the estuary over the weekend: a narwhal!

At around 4 in the afternoon on August 13, a naturalist aboard a whale-watching boat managed to spot a narwhal at the mouth of the Saguenay Fjord, swimming amongst a group of belugas. It was also purportedly observed by a warden of the Saguenay-St. Lawrence Marine Park. Recognizable by its mottled grey skin, the narwhal is an arctic species not normally observed in the St. Lawrence. Rather, this species inhabits the waters of Greenland, Norway, Russia and the Canadian Arctic.

However, since 2016, a lone narwhal has been swimming in the St. Lawrence with a group of belugas. The famous narwhal has been spotted in the estuary every year since it was initially sighted. Based on the size of its tooth – which is not a horn – this narwhal is probably a juvenile that has not yet reached sexual maturity.

Although the reasons that prompted this narwhal to make its home in the St. Lawrence are unknown, it is interesting to see that it is still present for a seventh consecutive year. Perhaps one day he will succeed in reproducing with a female beluga; after all, the skeleton of a narwhal-beluga hybrid has already been discovered! To be continued! 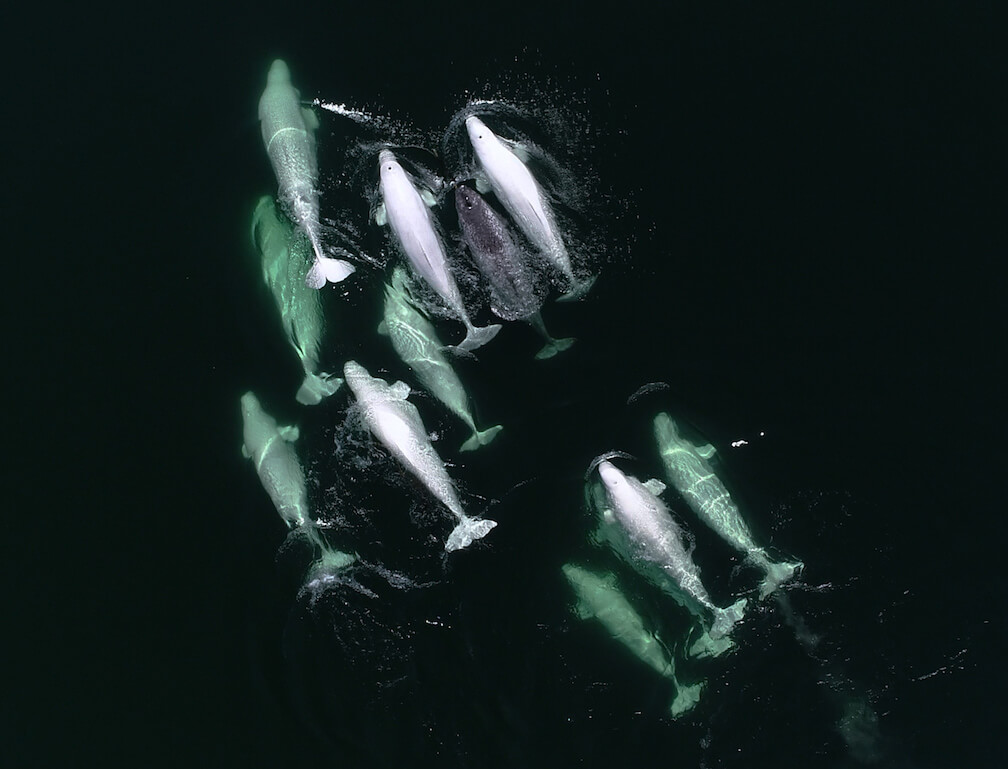 The young narwhal has been swimming with a group of belugas in the St. Lawrence since 2016 © GREMM

Action on the North Shore

It’s not just the narwhal that has been making waves this past week!

A herd of about 150 grey seals was seen on August 13 in the Mingan Archipelago. “This is the first time we encountered such a large group so far off the coast,” said one observer who was on the water that day. Forty or so humpbacks and four blue whales were also seen in the cold waters of the Mingan sector, according to the Mingan Island Cetacean Study. Then, on August 16, “Two fin whales entered the archipelago,” says one passionate observer. Common eiders, terns and cormorants were also flying around, not to mention minke whales and harbour porpoises near the islands.

Farther down the St. Lawrence, minke whales were observed in Sept-Îles as well as in Sheldrake, where seals and Atlantic white-sided dolphins were also reported during the week. Off the coast of Pointe-des-Monts on August 13, a few observers had the good fortune to see minke whales, nearly a dozen grey seals and several harbour porpoises. A beluga was also seen in the area… “Completely unheard of!” remarks one of the locals. A little farther downstream, in Franquelin, four humpback whales were seen blasting offshore on August 14. One die-hard marine mammal enthusiast reports that the rest of the week was characterized by “a steady stream of porpoises, minke whales and harbour seals!” 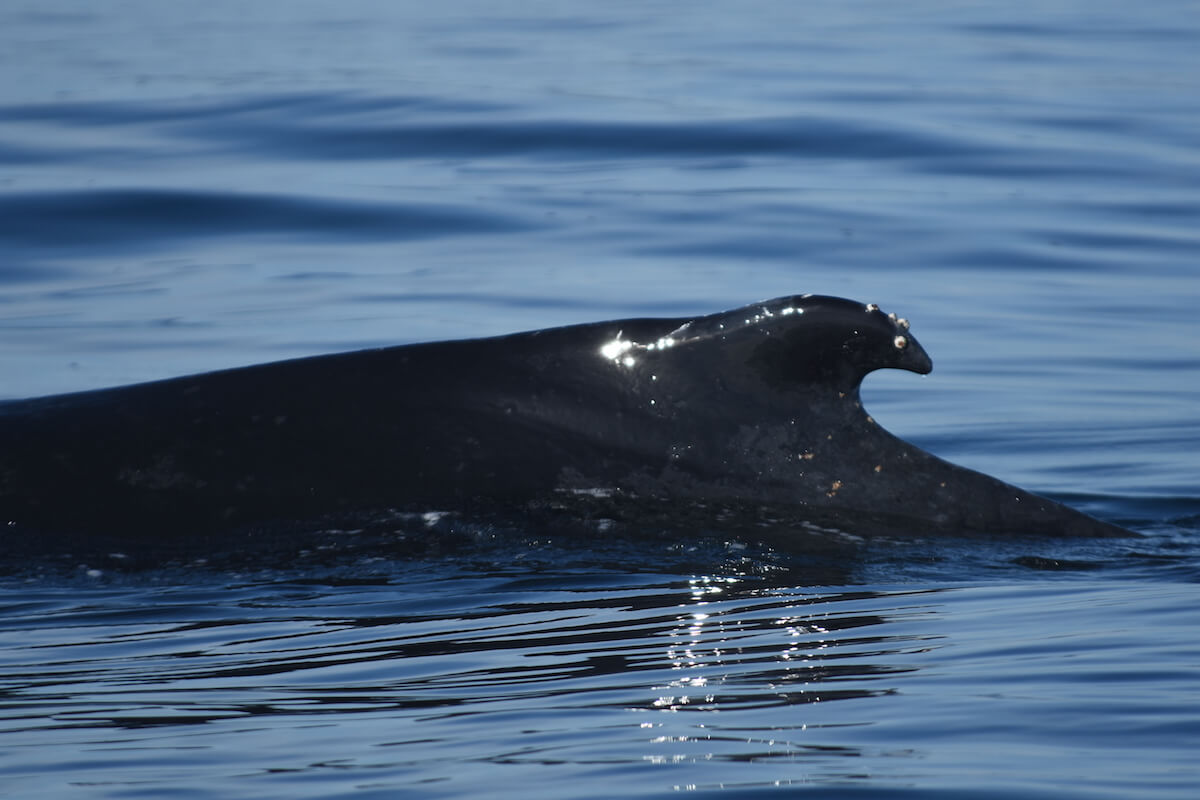 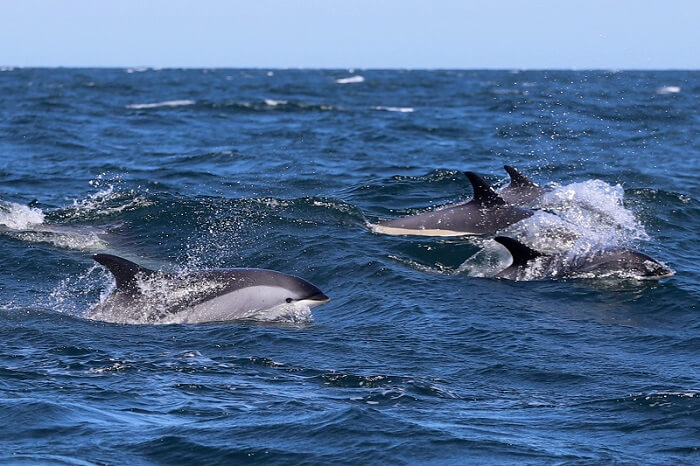 In the estuary, humpbacks could be seen from shore between Les Escoumins and Grandes-Bergeronnes almost every day this week, together with a few dozen harbour porpoises, several surface feeding minke whales as well as grey seals.

In Tadoussac, minke whales came to forage near Pointe de l’Islet and the Marine Mammal Interpretation Centreearlier in the week, much to the delight of keen-eyed observers there. Several belugas were observed from either side of the Saguenay, passing through the mouth of the fjord. A humpback whale also paid a visit to this sector on the morning of August 15.

A GREMM research team working in Baie Sainte-Marguerite on August 16 also had the chance to see a herd of about sixty belugas swimming in the fjord!

Marine mammals were also observed in good numbers on the other side of the St. Lawrence. In Gaspé Bay, “The sea is calm, the sun is shining and people are in a cheerful mood!” reports an employee of a local cruise outfitter. Indeed, visitors and residents alike had the chance to admire several humpbacks spring to life on the water surface last week, with breaches and pectoral slaps galore! Several harbour porpoises, white-sided dolphins and minke whales were also in the area, not to mention a few fin whales and several grey seals.

A fin whale was seen swimming near Île Verte on August 14 while on August 15, twenty or so belugas were spotted near Cacouna. “The biggest herd of belugas in all our days on the water this season!” report the members of one of GREMM’s teams posted at this location. A solitary minke whale was seen near Rivière-du-Loup on August 16. 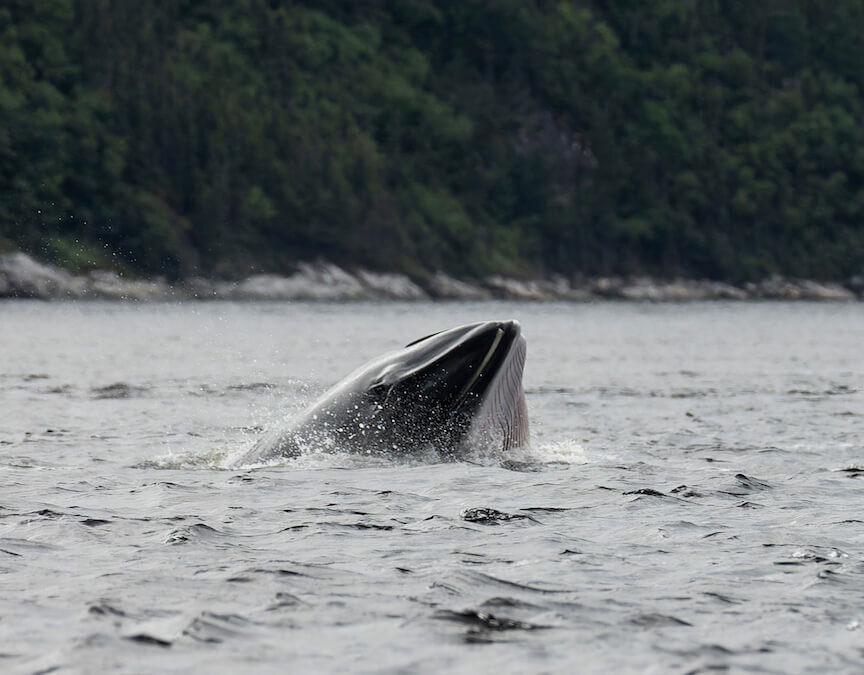 One thing is for sure: despite the advancing season, many awesome encounters are still occurring between marine mammals and those who are lucky enough to find themselves on their paths! 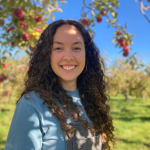