In French, grey seals are sometimes called "sea wolves" due to their howling sound. © GREMM (archives)

“It’s been a quiet week for whales,” admits a resident of Percé, “but grey seals have been abundant. From our place, we can hear them at night howling from the beach or from Bonaventure Island. It’s powerful and haunting… It’s easy to understand why [in French] they’re nicknamed “sea wolves.”

Although the name “sea wolf” is old and widespread, it can surprisingly designate a number of pinniped species, depending on the region. In Quebec, many people even use this term to designate any seal species in the St. Lawrence. Seals were heard a little bit everywhere this week: in Sainte-Flavie, Saint-Yvon, Cap-aux-Os, Franquelin, as well as at Cap de Bon-Désir, where some grey and harbour seals are still lingering, and off the coast of Tadoussac, where about thirty harbour seals have been resting on the tidal flats, offering a concert of grunting sounds carried by the wind.

In the Magdalen Islands, a local resident writes that minke whales and seals are still present there this week. “Just like they always are,” he emphasizes. In fact, we’re the ones who are on their turf!”

On Monday, a minke whale showed its dorsal fin near the docks in Baie-Comeau. A GREMM employee also told us about a passing minke whale opposite the Saint-Siméon ferry terminal on Monday, as well as a small black back in Tadoussac Bay on Wednesday morning. 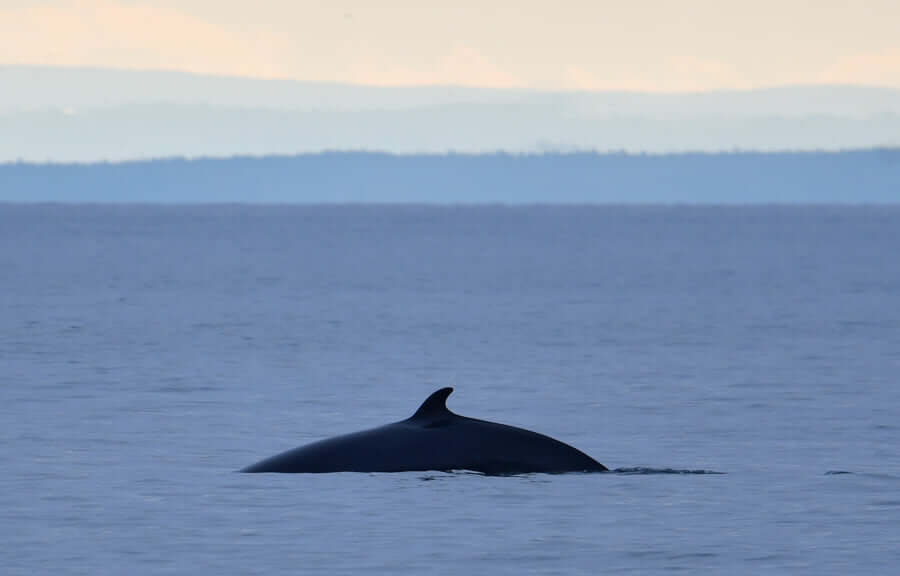 On Monday, the sound of a perhaps solitary beluga was detected off Cacouna, but sightings seem to be rare on the south shore. On the other hand, on Sunday, Monday and Wednesday, groups of up to 30 or 40 belugas were reported off Les Bergeronnes, the Tadoussac dunes and around Baie-Sainte-Catherine.

In Gaspé Bay, there was a bit of commotion early in the week: one observer tallied fifty or so porpoises, two minke whales and six humpbacks!

The onset of winter has gotten the better of the vast majority of our observers at sea, but large whales are still present offshore… and sometimes closer to the coast as well. Posted on the rocks in Les Bergeronnes, photographer Renaud Pintiaux has been observing a group of three humpback whales pass by almost every day. Out at sea, he spotted a dozen or so large spouts, likely humpbacks and fin whales, which continue to feed near the underwater cliffs. “I’ve also been seeing three or four different minke whales that often forage for fish amongst the gulls and seals,” he says. 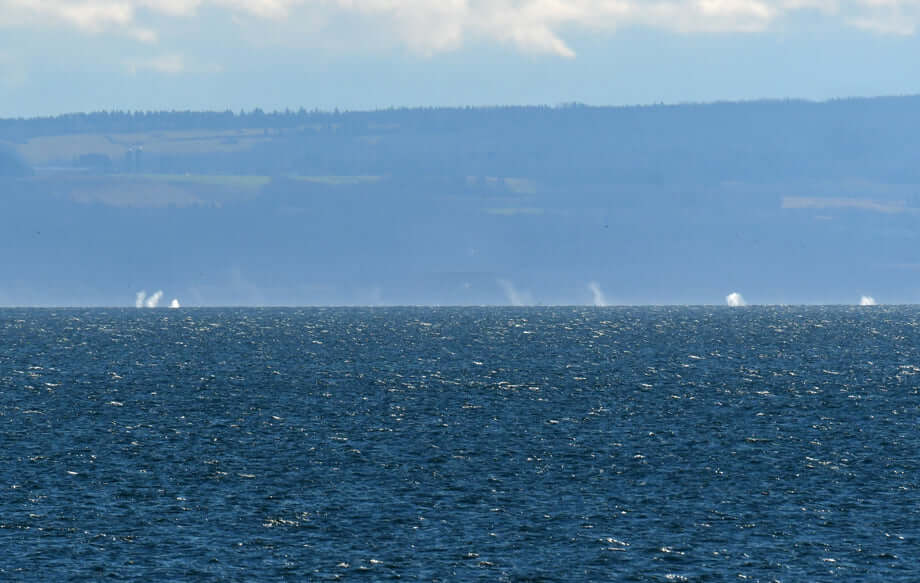 Spotting a large spout this time of the year can sometimes make a whale enthusiast jump out of their car! A motorist from Saint-Yvon hurriedly parked her vehicle to grab her binoculars after catching sight of a huge splash in the river, followed by a large balloon-shaped blast: a humpback! A similar story comes from another regular observer who was driving between Baie-Comeau and Franquelin. “I saw the backs of minke whales and pulled over. But just as I close the car door, I hear a big blast. Through the trees, I can see several humpbacks swimming through the bay, just a few metres from shore! Then I ran like crazy down the side of the road to reach a clearing, where I saw one of them dive and show its tail.” He juste had enough time to shoot this short and quiet video. According to reports, in the past few days about fifteen individuals of this species have been taking advantage of the calm, fish-laden waters in Baie Saint-Pancrace.

Humpbacks continue to impress observers this year with their exuberant behaviour: “Yesterday, November 17 in Godbout, I saw a small group of 3 or 4 humpbacks coming up the river,” writes one reader. For about a half an hour, I was treated to quite the display of acrobatics as they slapped the water surface with their fins and lifted their enormous tails when they dove. Last Saturday we had two that came into the bay, but they were more calm!” 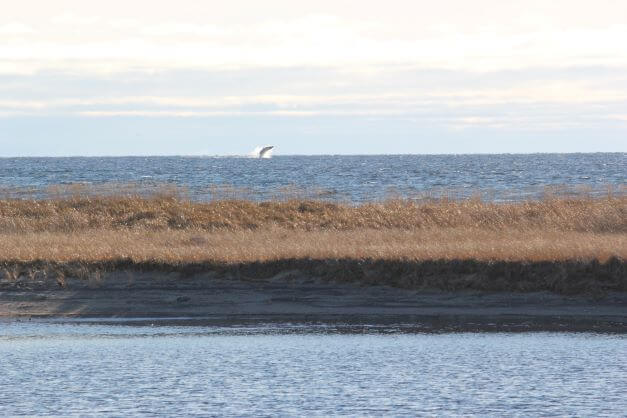