The last one from sea 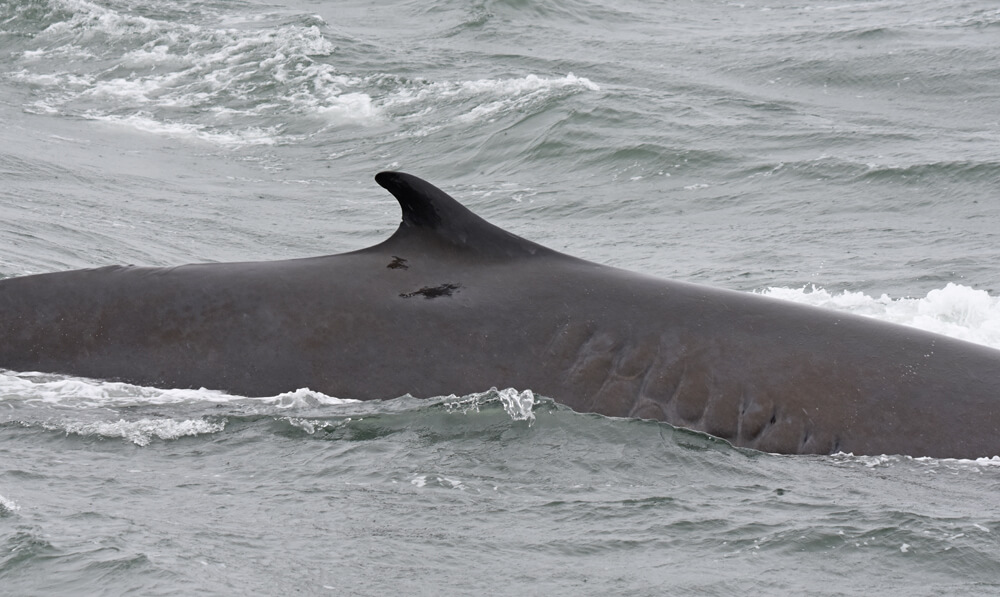 Zipper has a huge zipper-shaped scar from a collision with a ship's propeller. © Renaud Pintiaux

It is the end of the 2018 season on the water but there is still life at sea. It is always sad to see the end of the season, especially since many marine mammals are still present off Tadoussac.

The sperm whale that was observed on October 29 has not been sighted again since, but there was a humpback whale in the area on October 30. He appeared to be small and stayed near a group of three fin whales.

Amongst these fin whales was Zipper, a female well known in the area since… 1994! Zipper has been observed almost every year since then, making it a seasonal resident of the Estuary and Gulf of St. Lawrence.

Zipper is easily recognizable because of a huge zipper-like scar on its right side and another scar on the peduncle.

During my last trip on the water on November 2, Zipper was still present near buoy K55, south of Ile Rouge, near the currents.

There must still be a lot of food off Tadoussac as we were able to observe about fifteen minke whales feeding on the surface, under flocks of gulls that were also enjoying a buffet of small fish (likely sand lance) on October 31.

To finish off this end-of-season feature, let us not forget the presence of several groups of belugas in the mouth of the Saguenay and further offshore.

Also, there were lots of large grey seals (nearly 200 individuals) south of Ile Rouge, along with a handful of harp seals.

See you in 2019 for news from the sea, but observed from the mainland. 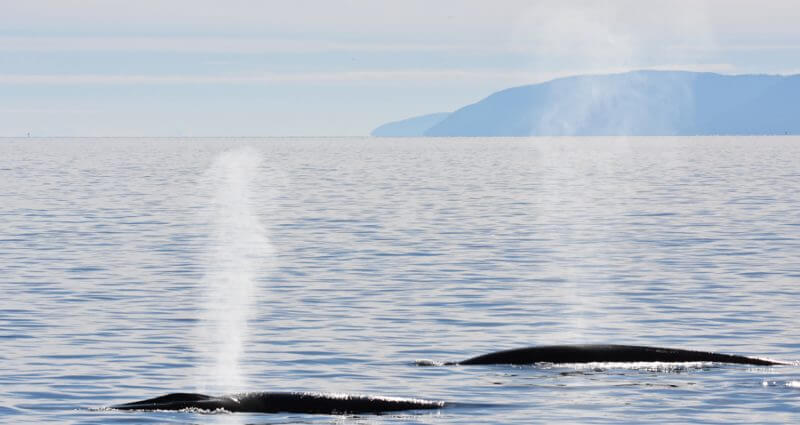 Fin whale is the second largest whale in the world. © Renaud Pintiaux 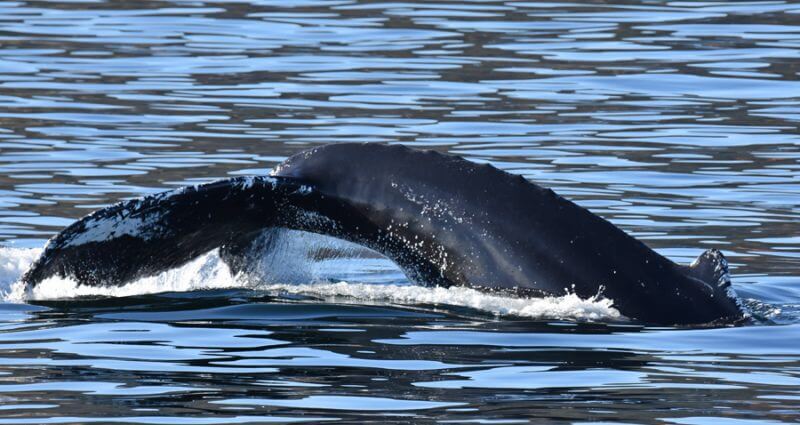 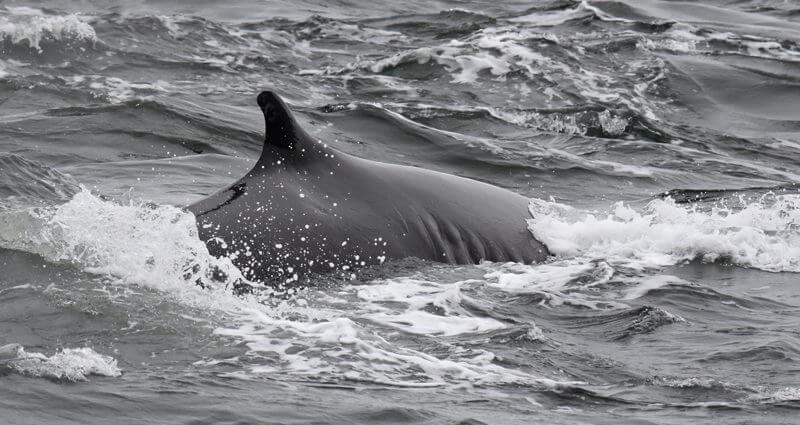 Zipper has been visiting the St. Lawrence since 1994. © Renaud Pintiaux 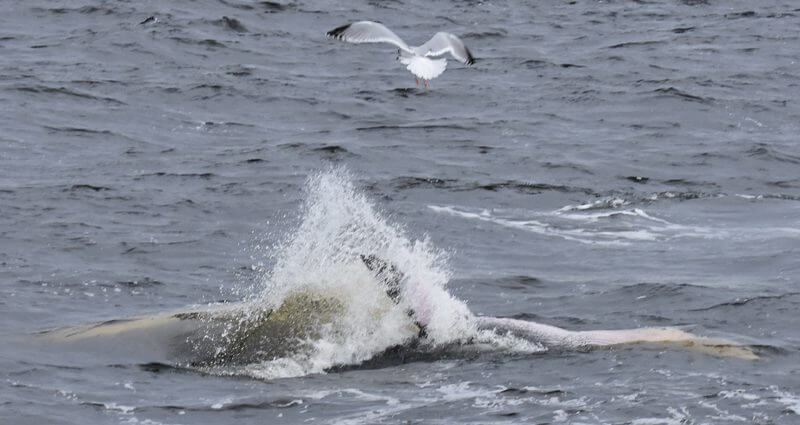 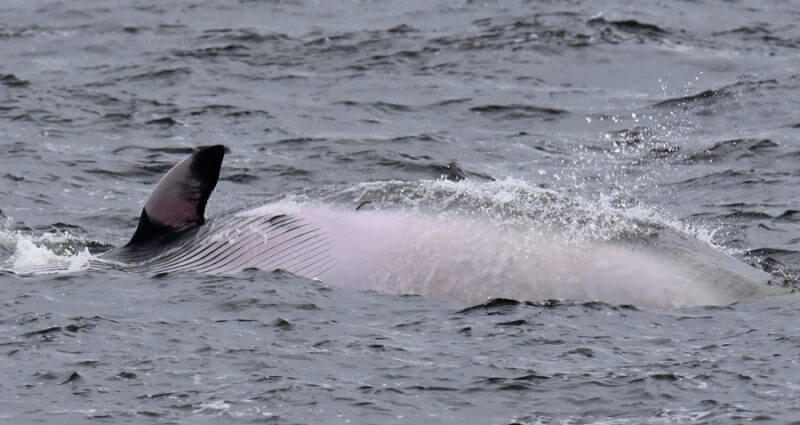 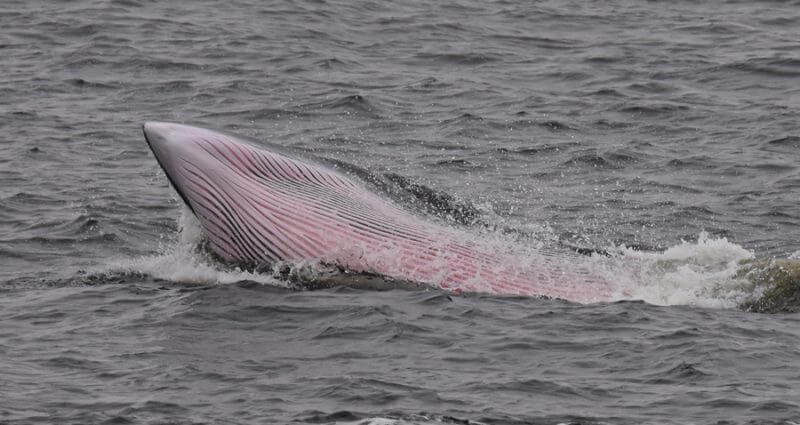 A minke whale feeds on a school of small fish. Here you can see the ventral pleats under the animal’s mouth. © Renaud Pintiaux
Field Notes - 7/11/2018