Is it possible to collect dead whale skin in the St. Lawrence? 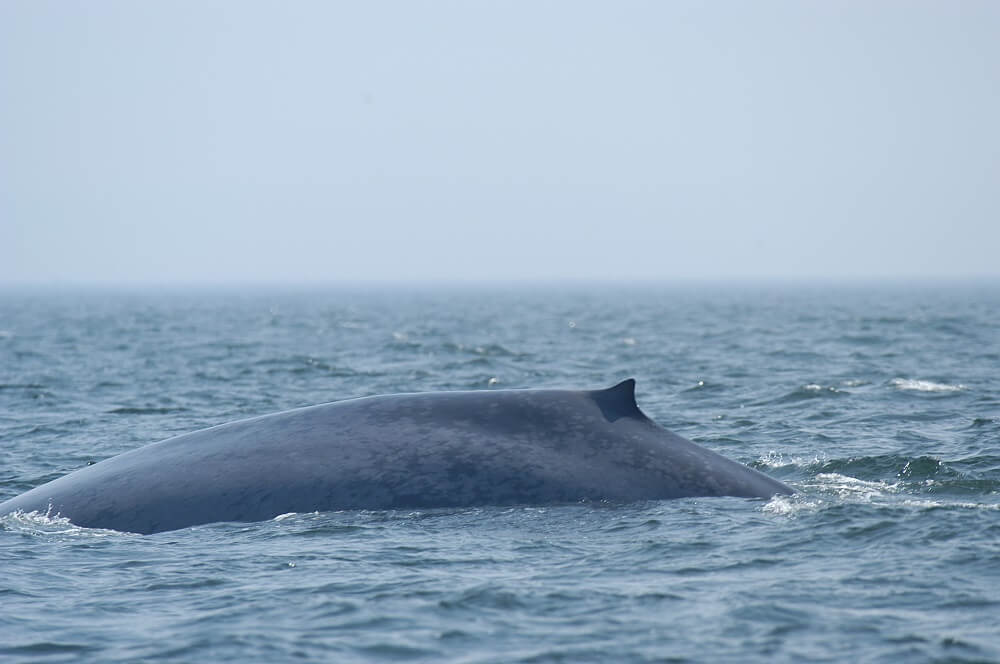 Researchers very seldom collect fragments of whale skin in the St. Lawrence. The shedding of dead skin, or “desquamation”, is believed to be triggered among other things by exposure to the sun, higher water temperatures, nursing or even stress. © GREMM

One reader sent us this video from Blue Planet Live in which researchers were collecting pieces of dead skin that blue whales left in their wake while diving. If the pieces are thick enough, they will use these samples to determine the sex of the individual or even locate where it has been feeding. As this research was being carried out in the Gulf of Mexico, our reader wondered if scientists working in the St. Lawrence region could also collect the dead skin shed by whales.

The skin fragments collected in this extract are the result of a natural process called “desquamation”. Cetaceans must eliminate dead cells from their skin to promote the growth of new cells. This way, they rid themselves of organisms and parasites that attach to their skin, or skin that has been damaged by the sun. This process is comparable to hair loss in humans: it is gradual, continuous and painless. The renewal of skin in large patches at a time has been observed in sperm whales, right whales and belugas, but this is a rarer phenomenon.

During his research in Mexico, Richard Sears, director of the Mingan Island Cetacean Study, claims to have been able to observe large shreds of skin in the clear and temperate waters of the Gulf of Mexico. His expeditions in the St. Lawrence Estuary, however, were less conclusive and he does not recall ever having seen such fragments floating in the region. At the Group for Research and Education on Marine Mammals (GREMM), other researchers have discovered strips of white skin shed by belugas in the Saguenay–St. Lawrence Marine Park, but, like Sears, they did not observe any that might have belonged to rorquals.

Since Sears is not particularly interested in this phenomenon, he is unable to pinpoint the causes of this geographical divergence, though he admits that the regular sun exposure of the individuals that frequent Mexican waters as well as the higher temperatures of these waters are factors that could possibly foster desquamation. Like humans, whales can get sunburned! Inflammation caused by UV rays causes the damaged skin to fall off and then grow back.

Sears also notes a genuine correlation between skin desquamation and pregnant females. In all mammals, the skin grows thicker during gestation, especially during nursing, which results in more frequent shedding of dead skin. We can therefore determine whether a female is nursing based on the thickness of her skin! Since very few female blue whales have been observed in the St. Lawrence with their offspring, it would be surprising to find shed skin in the region due to lactation. 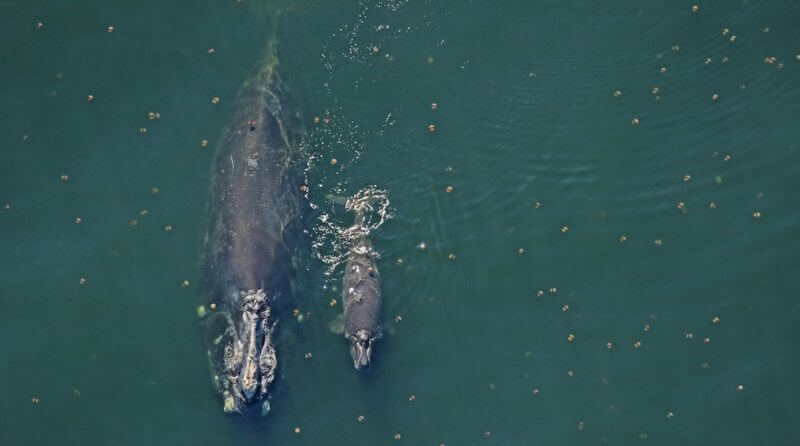 Additionally, even if he did not collect skin fragments in the St. Lawrence, Richard Sears has been able to identify traces of desquamation directly on certain individuals due to areas of discolouring. These spots can be natural or caused by rubbing against watercraft or rocks. He also assumes that stress caused by human activities might accelerate the shedding process.