In the Wake of Sea Monsters 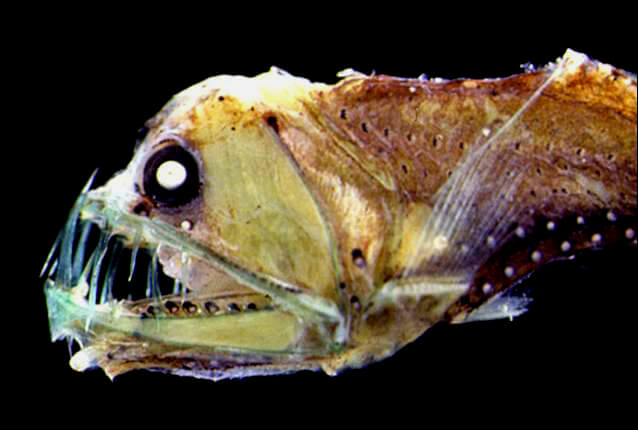 The oceans are home to an extraordinary, but sometimes terrifying fauna. © Francesco Costa/Wikipedia commons

As Halloween approaches, horror stories abound! Amongst sources of inspiration for spooky legends, the ocean has always been a great muse. Under the shimmering surface of the sea lurk animals that have been transformed through legends into mythological demons. Let’s take a moment to explore the origins of the most fascinating sea monsters on the planet, which have often been inspired by real creatures!

One of the most famous monsters of the sea, the Kraken continues to capture the human imagination. Half octopus, half squid, its name alone today evokes images of enormous tentacles dragging ships and sailors under the waves.

The Kraken has been portrayed very differently over the centuries. Originally, it was represented as a giant crab or lobster, a human-like behemoth or even a sea serpent. Its appearance likely stabilized in its modern form – inspired by the giant squid – following the advent of seafaring, which probably paved the way for an increase in incidental sightings of this species. After all, this cephalopod is much more present offshore than it is near the coast. The true size of the giant squid averages around ten metres rather than the disproportional dimensions that inspired its legend. 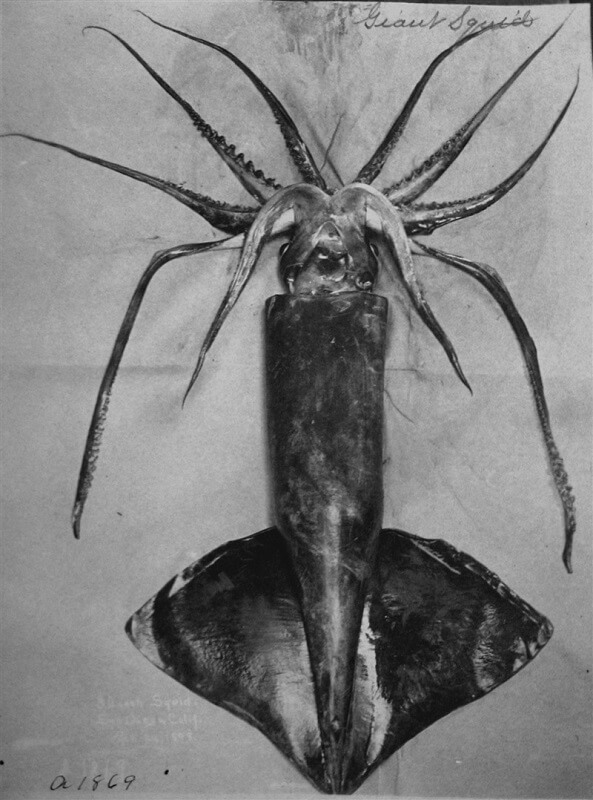 The Vikings called it Jörmungandr. In Japan, it is known as Ikuchi. And the Greeks refer to it as Scylla. The sea serpent is present in a large number of cultures around the world. Multiple distinct origins might explain its omnipresence in seafaring tales. One of them is believed to be from whales. More specifically, the penises of these animals which, when visible, are quite long and can resemble snake-like creatures.

Another explanation is also linked to giant squids and other large cephalopods. It is not necessarily altogether unusual to come across the tattered tentacles of these animals floating in the water, the remains of a meal of a sperm whale or shark. These sometimes extremely long remnants might have been considered as animals in their own right by a nonchalant observer.

Over the past two centuries, a new phenomenon may have been a source of sea snake “sightings.” In the early 19th century, the fishing industry deployed gear en masse in areas where these animals were scarce or absent altogether. This probably led to a sharp increase in entangled marine mammals. Whales dragging long nets behind them may therefore have contributed to the sea snake tales of the time.

Lastly, a final theory relates to fish of the Regalecidae family, which have long, streamlined bodies resembling that of a snake. These fish are found in all of the world’s oceans, though are rarer near the surface. With their imposing 8-metre long body and curvy appearance, it is no wonder that they represent around 5.5% of historical evidence of sea snakes. 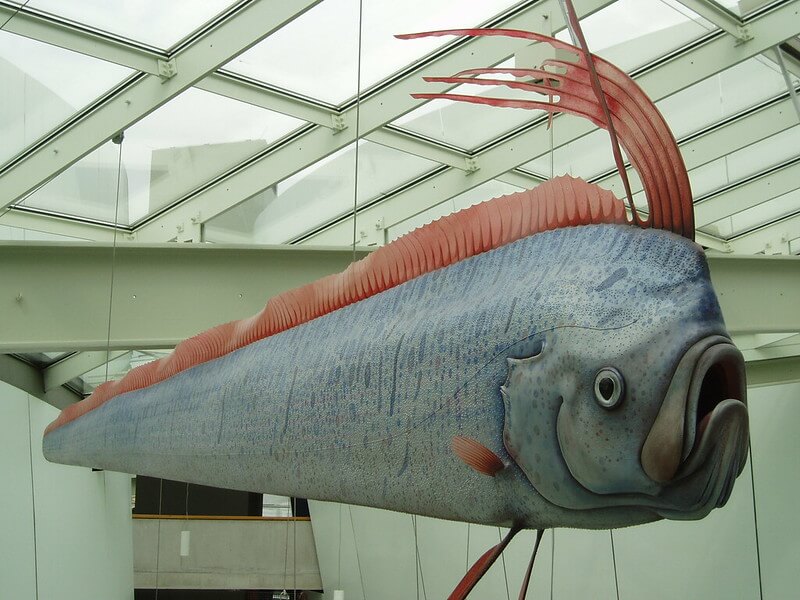 King of sharks, the megalodon once ruled as the ocean’s ultimate predator. Measuring an average of 14 metres, this formidable hunter probably fed on small whales. Although the megalodon became extinct some 3 million years ago, its super-sized dimensions still hold a prominent place in popular culture, inspiring films and television series.

Researchers believe that the extinction of the megalodon may also be linked to the gigantism of baleen whales. In the absence of this predator, baleen whales may have been able to reach the enormous proportions we know today. 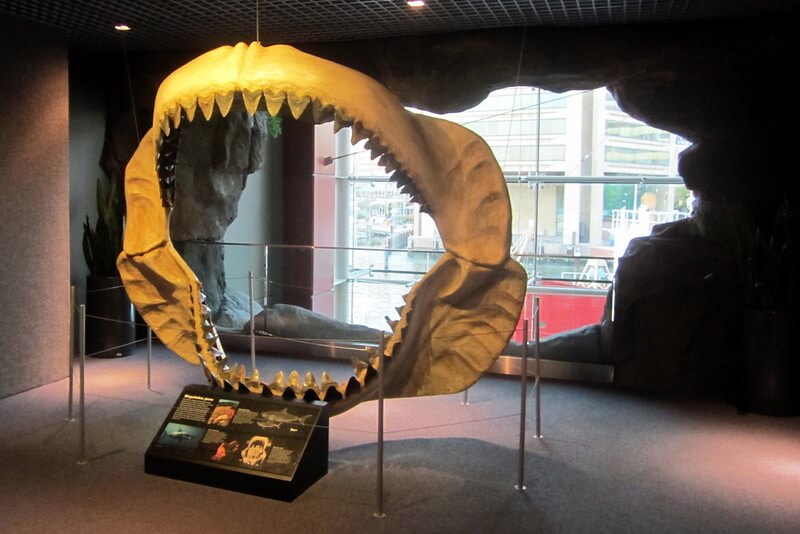 Creatures of the abyss: veritable “monsters” to discover

Deep in the oceans, creatures live where the sun’s rays cannot penetrate. These animals live in a habitat characterized by extreme conditions. The pressure is enormous, temperatures are low and oxygen is scarce. The species that live in this hostile environment have pushed evolution to new horizons and sometimes seam to be from another planet! Does their odd appearance have the potential to inspire new legends? 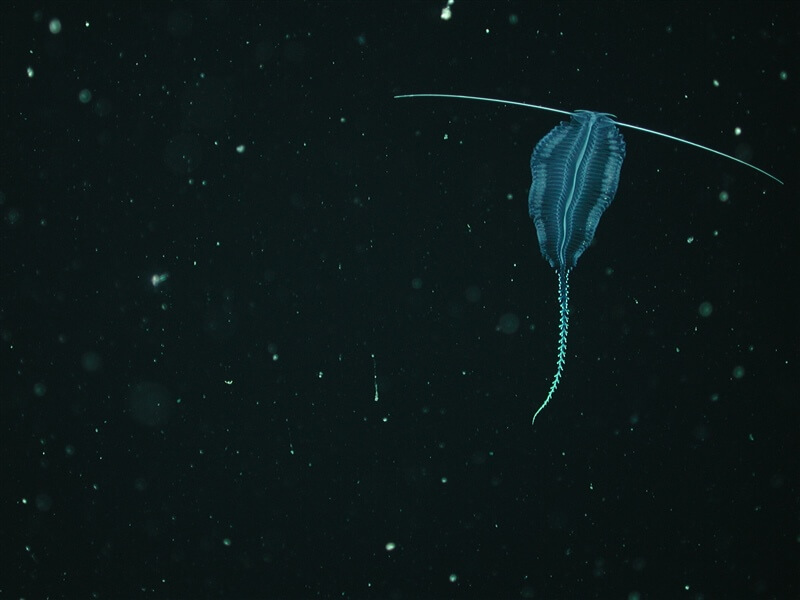 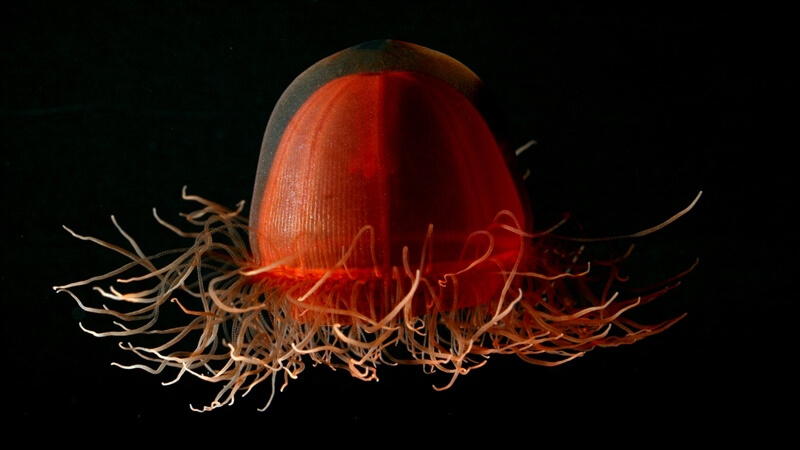 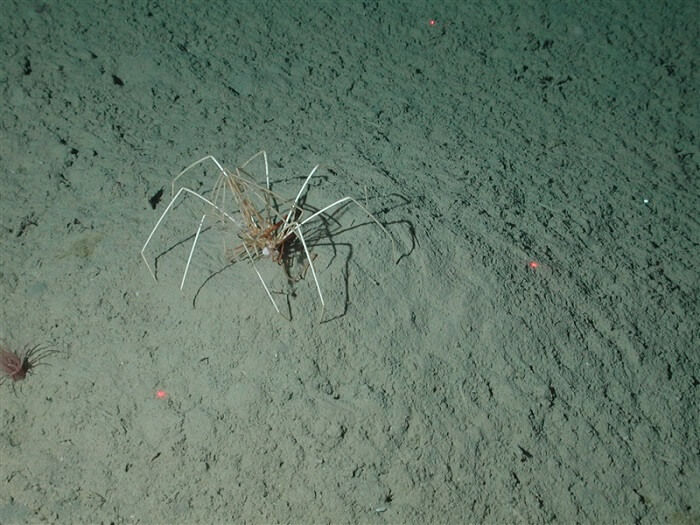 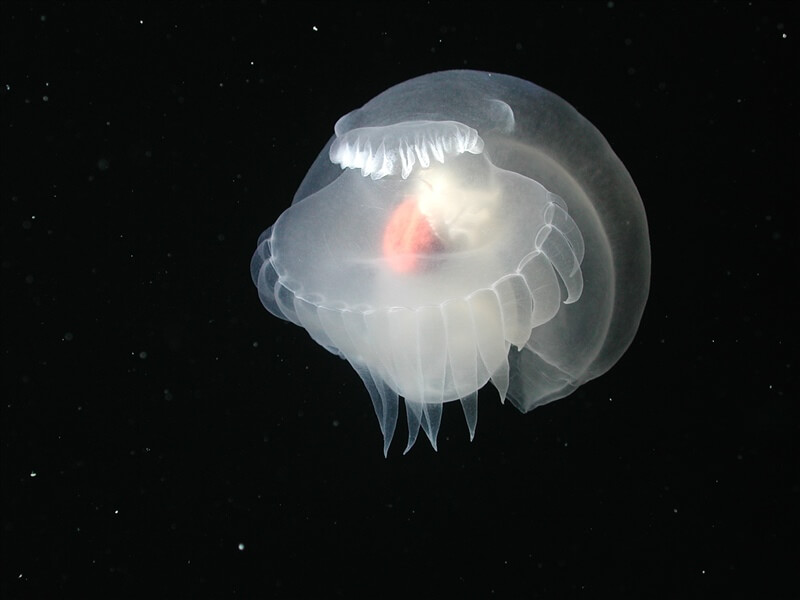 A mollusk of the order Nudibranchia, found at a depth of 1498 meters off California © NOAA/Monterey Bay Aquarium Research Institute 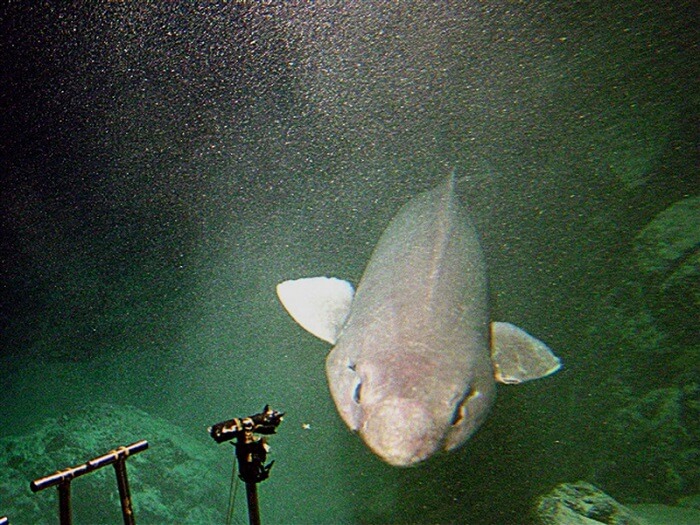 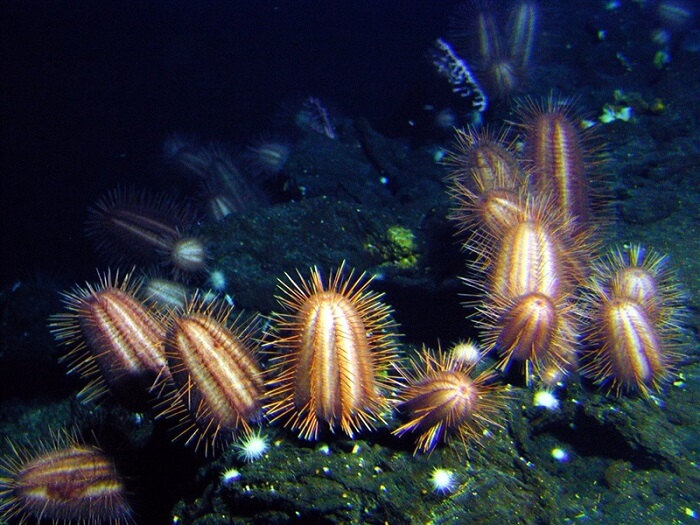 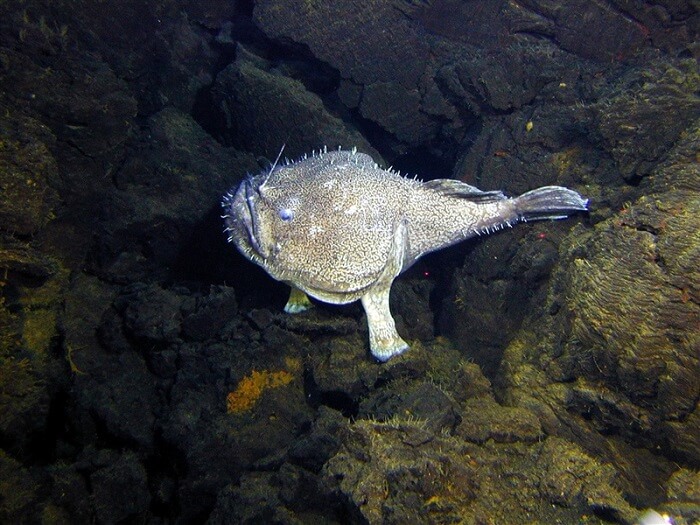