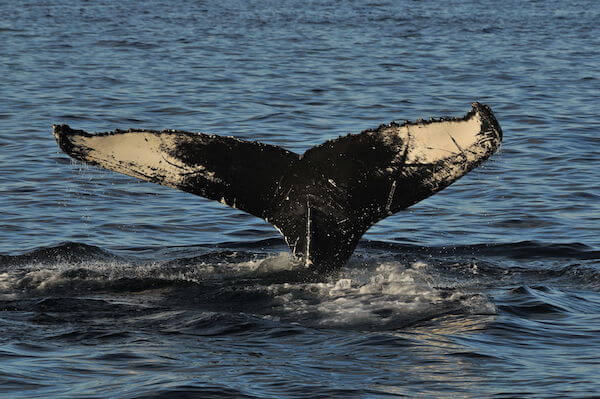 July 7: Having made the trek from Newcastle, England to watch whales, an observer sets up post on the rocks in the Pointe-Rouge conservation area, in Tadoussac. At the end of the day, she sorts through her photos of minke whales. What was her surprise when she noticed in the background of one snapshot a large caudal fin poking up from the water surface! Did she unknowingly photograph the humpback Tic Tac Toe before the research teams and whale-watching outfitters did?

The famous female made her first appearance in the Saguenay-St. Lawrence Marine Park earlier this week. On July 4, René Roy photographed Tic Tac Toe on the Gaspé Peninsula side as part of his collaboration with the Mingan Island Cetacean Study (MICS). Which means she travelled several hundred kilometres in just a few days! On average, humpbacks swims 4 or 5 km/h, but can reach speeds of 20 km/h! Since July 9, she has been identified every day in the Marine Park.

In the Tadoussac-Bergeronnes-Escoumins sector, in addition to Tic Tac Toe, dozens of minke whales have been observed, as have three to five fin whales, including Bp955 (a.k.a. “Ti-Croche”), Bp918 and Bp078, (a.k.a. Lignée).

“It feels like we’re in the Gulf here! When the sea is rough, it’s really rough!”, exclaims one naturalist who works in the Gaspé Peninsula. The currents and abrupt changes in temperature served as a reminder that the sea always brings its share of surprises. On July 6, she observes a minke whale perform a full breach. Minke whales travel at speeds between 5 and 25 km/h and can top out at 38 km/h.

Off the coast of Cap Gaspé, she notes two humpbacks, one of which showed a large zipper-like scar. René Roy photographed this same individual a few days earlier: it is the calf of Tracks. The scar was not present when this calf was photographed in 2017, the first year of its life. A scar of this shape is often associated with a ship strike. Another well-known fin whale in the Estuary also bears a scar of this nature: Zipper.

At Pointe-des-Monts, four to five minke whales are seen this week, but larger spouts have been few and far between since the beginning of the season. In Franquelin too, our observer spots just a single minke whale on July 11 and 12. It should be pointed out that strong winds last weekend made conditions less conducive to spotting glittering backs over the waves.

In Baie Sainte-Marguerite in the Saguenay Fjord, two research teams affiliated with the GREMM, Ocean Wise and Newfoundland’s Memorial University began their second field season on a tower erected in the middle of the bay. You can read their field notes and get a sense of their working environment here. 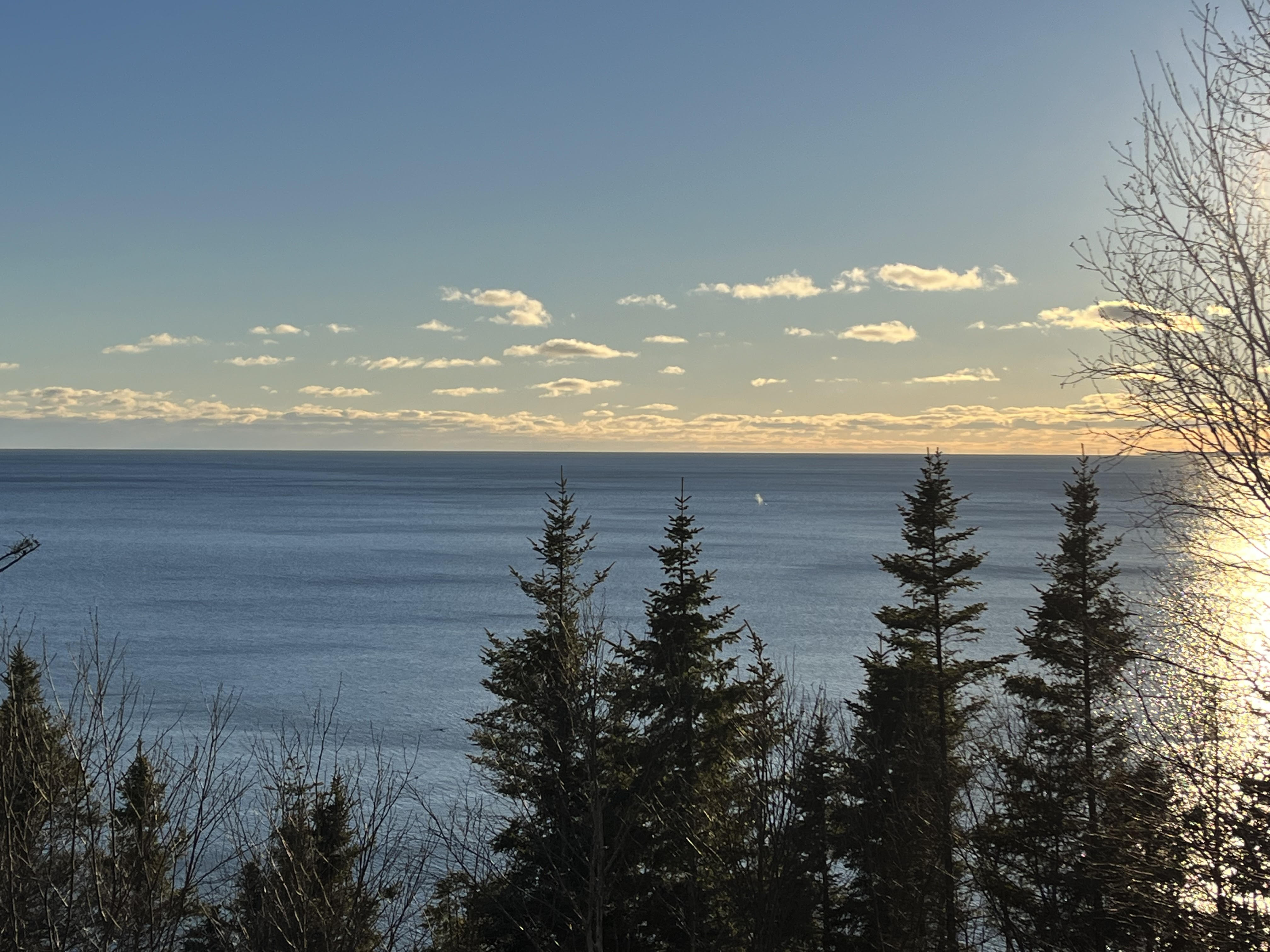