How much sperm does a blue whale ejaculate? 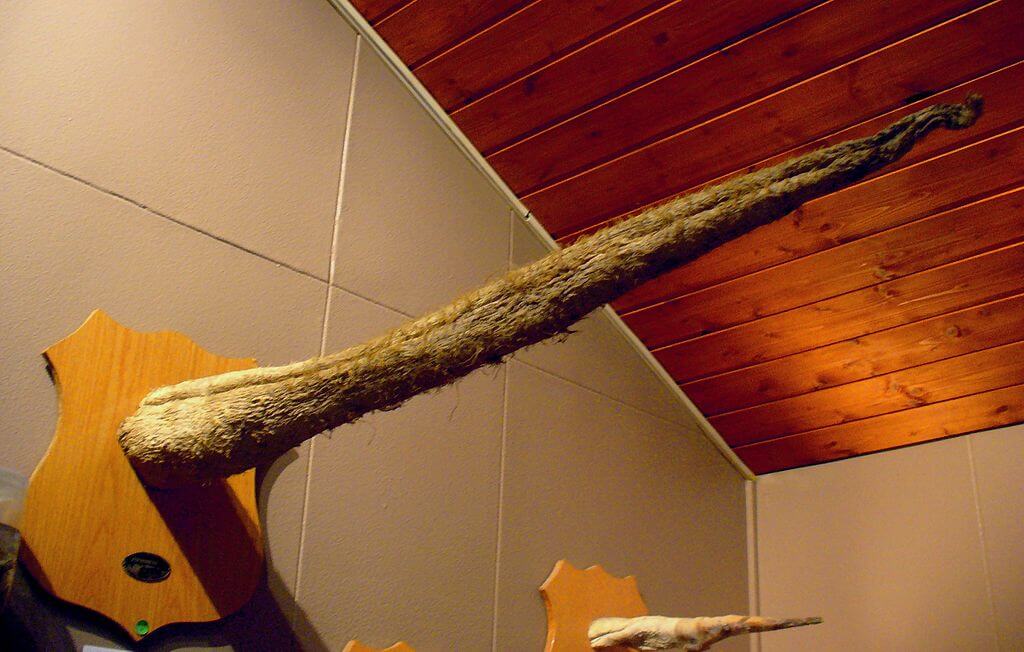 A blue whale penis has been dried and is on display at the Penis Museum, Reykjavík, Iceland. © Akira Kouchiyama

Surprised by some of the extreme statistics in the physiology of the blue whale, an Internet user asked us this question, which brings us to the topic of reproduction.

Each ejaculation is believed to contain around 20 litres of semen. The blue whale’s genitals are proportional to its imposing size, which can reach up to thirty metres long or so. The animal’s penis measures an average of 2.4 m. Each testicle weighs between 45 and 68 kg, which corresponds to the weight of a harbour porpoise.

Is the amount of sperm simply related to the size of the animal’s body and the size of its genitals? Or is it part of a reproduction strategy?

Both, but it depends on the species. This reproductive strategy consists of males competing with one another by producing large volumes of sperm.

For example, in the North Atlantic right whale, multiple bulls mate with a single cow. Males have enormous testicles – the largest in the animal kingdom – in order to produce an enormous amount of semen. Their two testicles combined weigh nearly one tonne. The more sperm an individual inseminates into the female’s body, the better his chances of fertilizing her egg. In proportion to their size, right whales boast the longest penis of any cetacean, measuring about 13 to 14% of their body length, or about 1.70 m for a 13 m long body. This attribute is believed to allow them to ejaculate semen closer to the female’s cervix.

The harbour porpoise also uses high sperm production to compete with other males. During the rut, each testicle weighs more than 1 kg. Not bad for an animal that tips the scales at around 45 kg! The testicles of a proportionally endowed human male would weigh a total of over 3 kg.

But let’s get back to the blue whales… Males of this species, as far as we know, do not rely on their sperm to compete. For these rather solitary animals, the low-frequency sounds they produce might play a role in their courtship displays. These vocalizations can be heard for hundreds of kilometres, which greatly increases their chances of locating distant potential mates.