How do whales go on long dives? 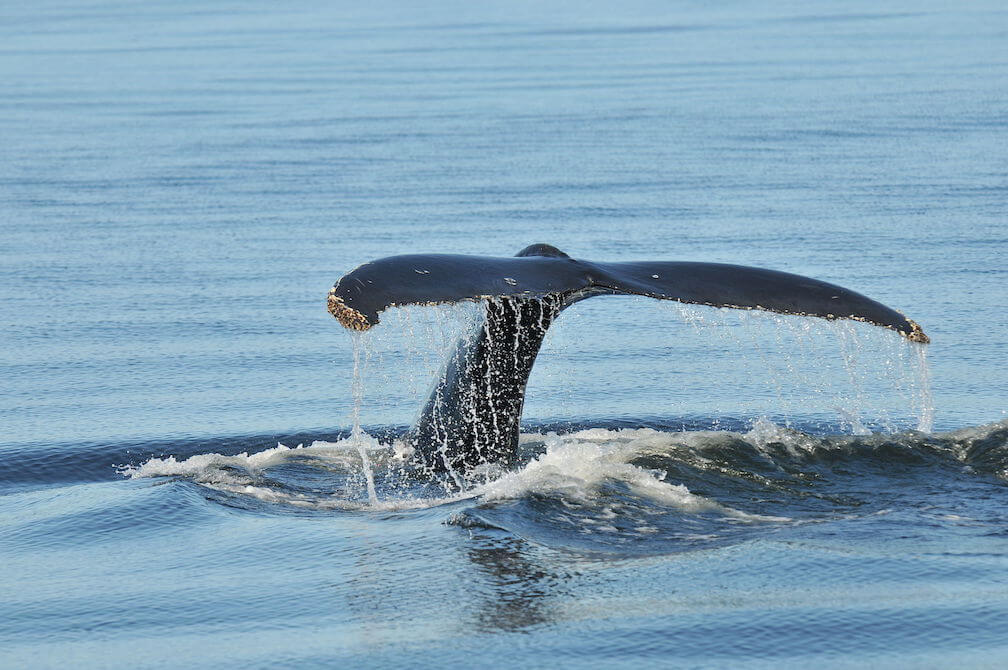 Whales are marine mammals that dive for various reasons, such as: feeding and mating. Their prey are found at varying depths under the water and depending on where in the water column that is, whales dive to various depths for varying periods of time. Dive times range from 10 minutes to an hour or more from species to species. For instance, sperm whales can dive up to 1000 m to feed on giant squid, their main prey species. Though not common, sperm whales have been sighted in the St. Lawrence. They can hold their breath for more than an hour while harbour porpoise are generally short divers.

Whales spend most of their time underwater and use their surface-times efficiently. When they come up to the surface to breathe, they take several inhales and exhales before going for a dive again. When they inhale, the muscles around their blowholes relax, which closes their blowholes. As they dive down, pressure increases with increasing depth. How do  they cope with it? If we dive even by a few feet under the water, we feel a pressure increase both on our body as well as in the eardrum. Reason being, pressure increases by 14.5 psi for every 33 feet (10.6 meters) we go down. 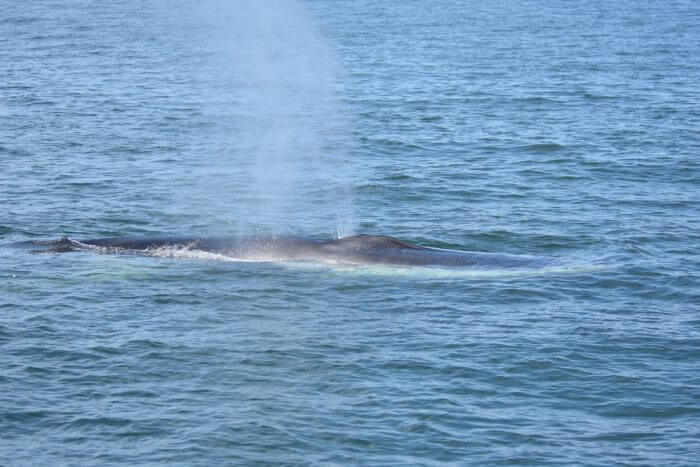 When a fin whale comes to the surface to exhale, it can produce a spout that reaches 6 m in height. © GREMM

What makes them good divers?

Whales have unique adaptations that allow them to go on long dives. They are capable of collapsing their lungs during dives to prevent damage from the increasing pressure. To further protect their collapsing lung, they have a jointed rib cage that allows their thoracic cavity to collapse with their lungs.

Not only that, whales and seals have evolved to have high quantities of non-stick version of myoglobin — an oxygen-binding protein found in the muscles of mammals. This lets them store oxygen in their muscles in addition to that in the blood. This adaptation also allows them to maintain low levels of aerobic metabolism during their dives.

Deep-diving marine mammals limit the gas exchange from lungs to blood during dives. They do so to prevent excess nitrogen bubble accumulation, which could otherwise result in decompression sickness.

When diving, whales use their limited supply of oxygen strategically. They slow their heart rate down, which results in minimal flow of oxygen. To top it all off, several organs undergo anaerobic metabolism resulting in a redirection of available oxygen to organs, such as the heart and the brain. Unfortunately, anaerobic metabolism results in production of lactate because of which longer diving marine mammals have to spend more time at the surface to get back to the pre-dive lactic acid levels before going on another dive.