One after the other, cavernous blows burst into the air, leaving six white, cylindrical columns that slowly fade into oblivion. On September 6, a herd of fin whales is spotted swimming in tight formation in the Saguenay-St. Lawrence Marine Park. “It’s really impressive to see how they manage to coordinate without bumping into each other,” points out one cruise employee.

Humpback whales are also swimming close together at this time. Is this a sort of hunting technique to corral their prey? Maybe! The ability of cetaceans to develop coordinated hunting techniques involving multiple individuals clearly shows their ability to communicate with each other.

Some individuals have left the large groups, such as H915 and H916, two humpbacks that have been known since 2018. They were spotted amongst twelve minke whales on September 9 in Pointe-des-Monts, reports René Roy. “Both humpbacks seem to be slowly gearing up for their departure with the looming breeding season. They were lazily logging side by side when I caught them by surprise,” he says. “But what saddens me a little is that I haven’t seen any blue whales on my last three trips and I’ve covered most of the Estuary.” A number of blue whales are observed a few hundred kilometres farther downstream, near Port-Cartier, where Jacques Gélineau photographs six of them on September 9.

But if there are any jaw-dropping herds to be admired, it is those the white-sided dolphins. Still present this week near Port-Cartierand the tip of the Gaspé, white-sided dolphins have been swimming in dynamic groups. Some individuals leap several metres out of the water! The swift dolphins are foraging for small fish. Are you intrigued by this species? Jacques Gélineau and Anik Boileau discuss these animals on the radio program Boréale 138. 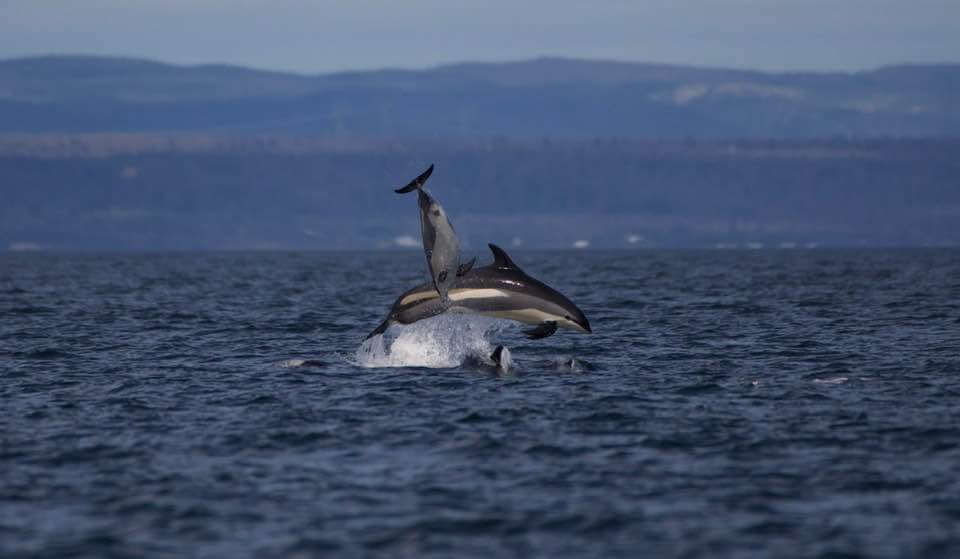 Siam the humpback in Sept-Îles

The first photo identifying Siam dates back to 1981, when Tadoussac residents photographed this individual from aboard a little rowboat! Siam is therefore at least forty years old, if not more. The life expectancy of humpback whales is estimated to be 80 years.

Siam is a trailblazer of sorts: until 1994, he was the only humpback whale to make its way up the St. Lawrence as far as Tadoussac. He was last sighted in the Estuary was in 2017, but that does not mean he no longer visits the St. Lawrence. Last week, Jacques Gélineau photographed Siam off the coast of Sept-Îles. He was not seen again this week. Did he cross the St. Lawrence to the Gaspé? Did he swim down to the Mingan region? Or is he moving upstream toward the Saguenay-St. Lawrence Marine Park? To be continued! 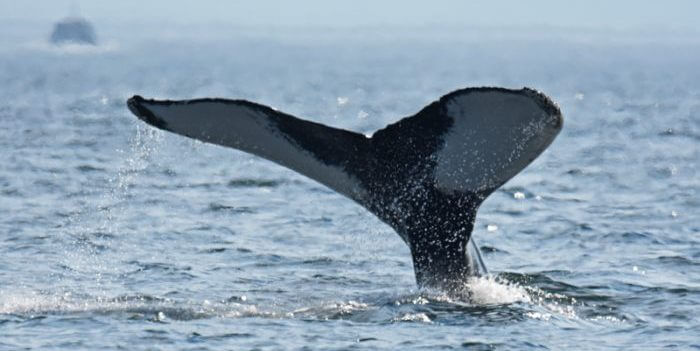 If whale lovers are ready to travel long hours in hope of getting a brief glimpse of a back, birders are currently braving the cold, the rain and the wind to observe the thousands of birds migrating across Quebec. Jessé Roy-Drainville tallies the movements from the lookout on the Tadoussac dunes and publishes them daily on Trektellen. On September 8, he counted 758 birds in 10 hours, including 423 birds of prey! All in all, he identified 37 species in a single day. And to think that sometimes we have trouble identifying whales! 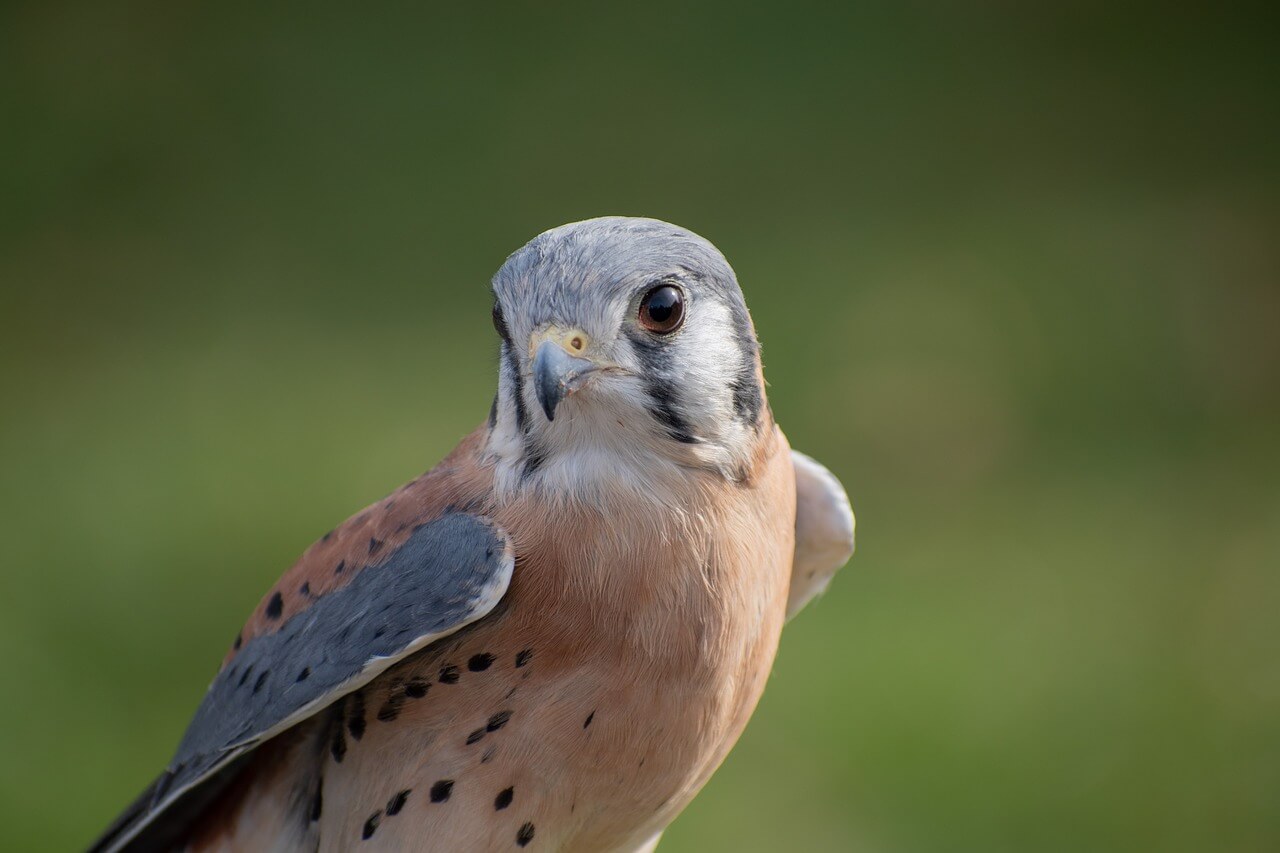 White belugas against a dark background

“I’ve been seeing fewer belugas in Saint-Irénée, so I went to Pointe-Noire,” says one observer. “It was awesome. The belugas were like a constellation, white dots against a black background.” The Pointe-Noire Interpretation and Observation Centrewas one of the first research sites for the St. Lawrence beluga, when journalist Leone Pippard first began photo-identifying belugas in 1973. Forty-seven years older later, GREMM research assistants continue the tireless work.

On September 8 off the coast of Les Escoumins, around twenty white beluga backs slice through the grey waters of the St. Lawrence like small crescent moons. Belugas also swim in herds, sometimes consisting of just a handful of individuals, other times numbering in the hundreds. The day draws to a close, the villages are hosting far fewer tourists and things seems to be gradually returning to normal in the cool September air. 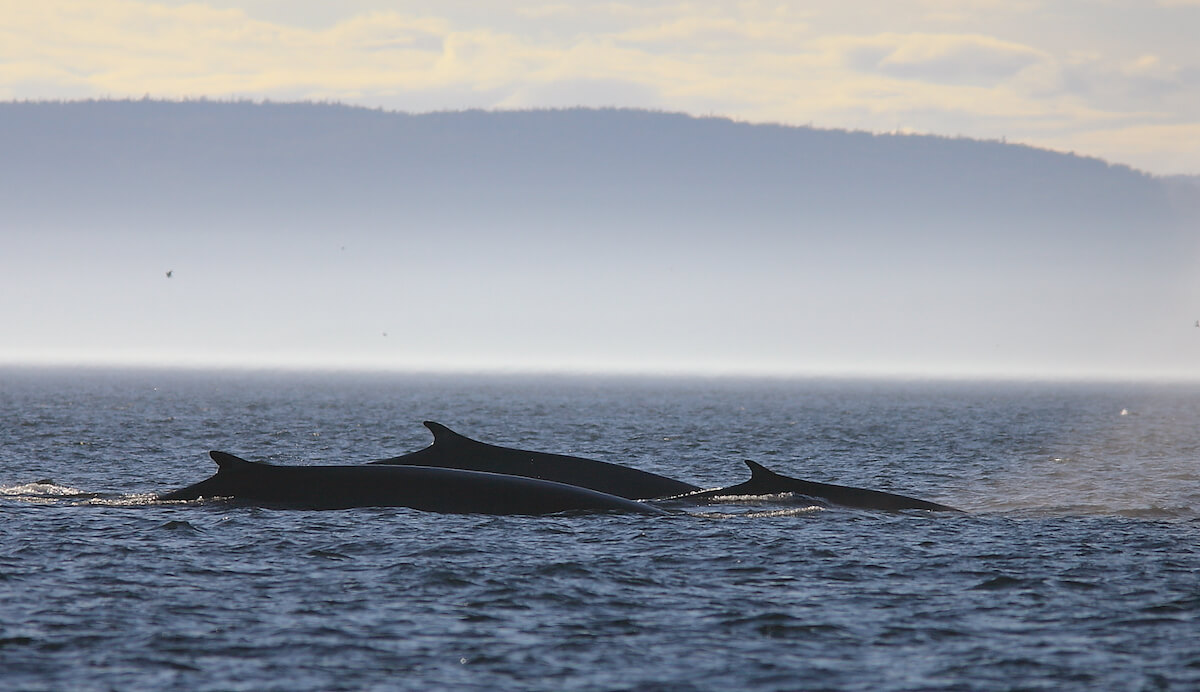 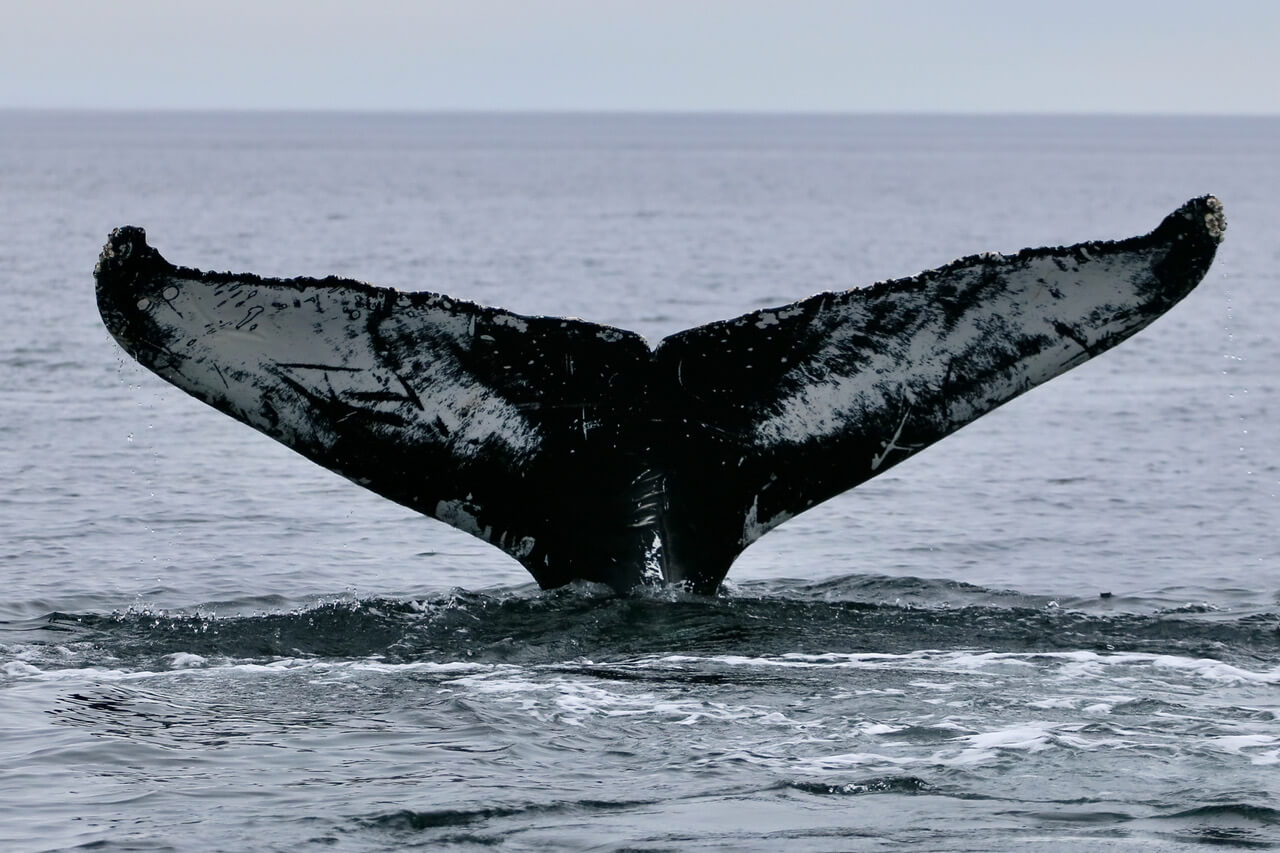 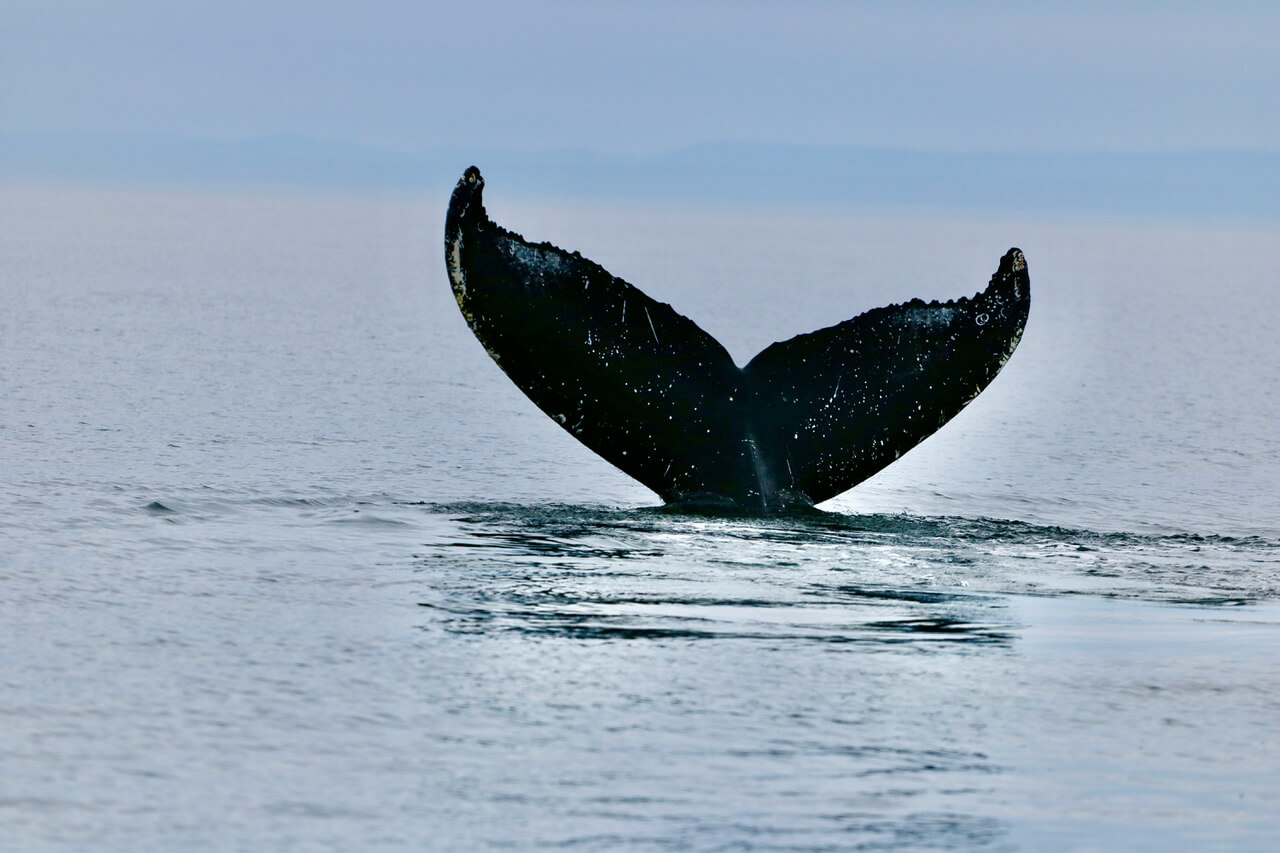 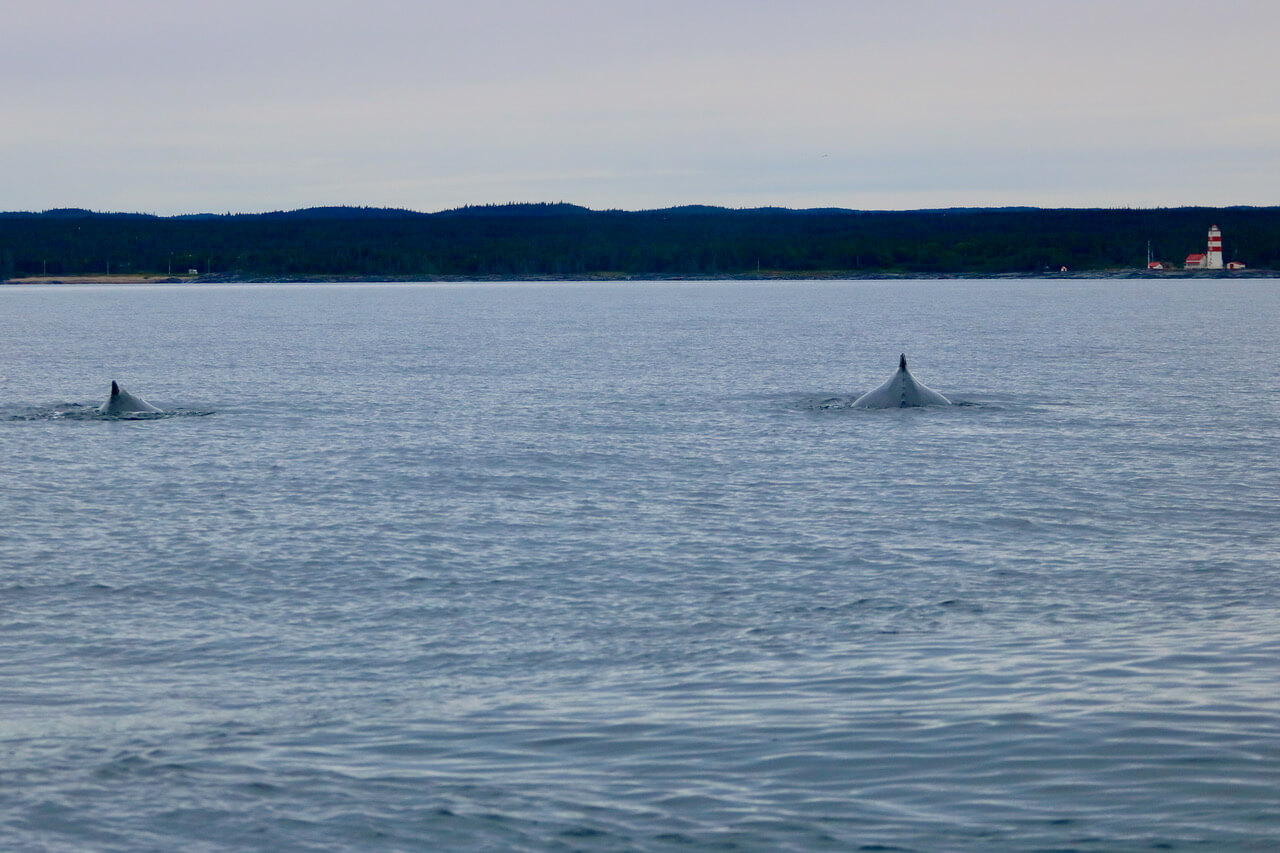