Grab your binoculars and let’s go! 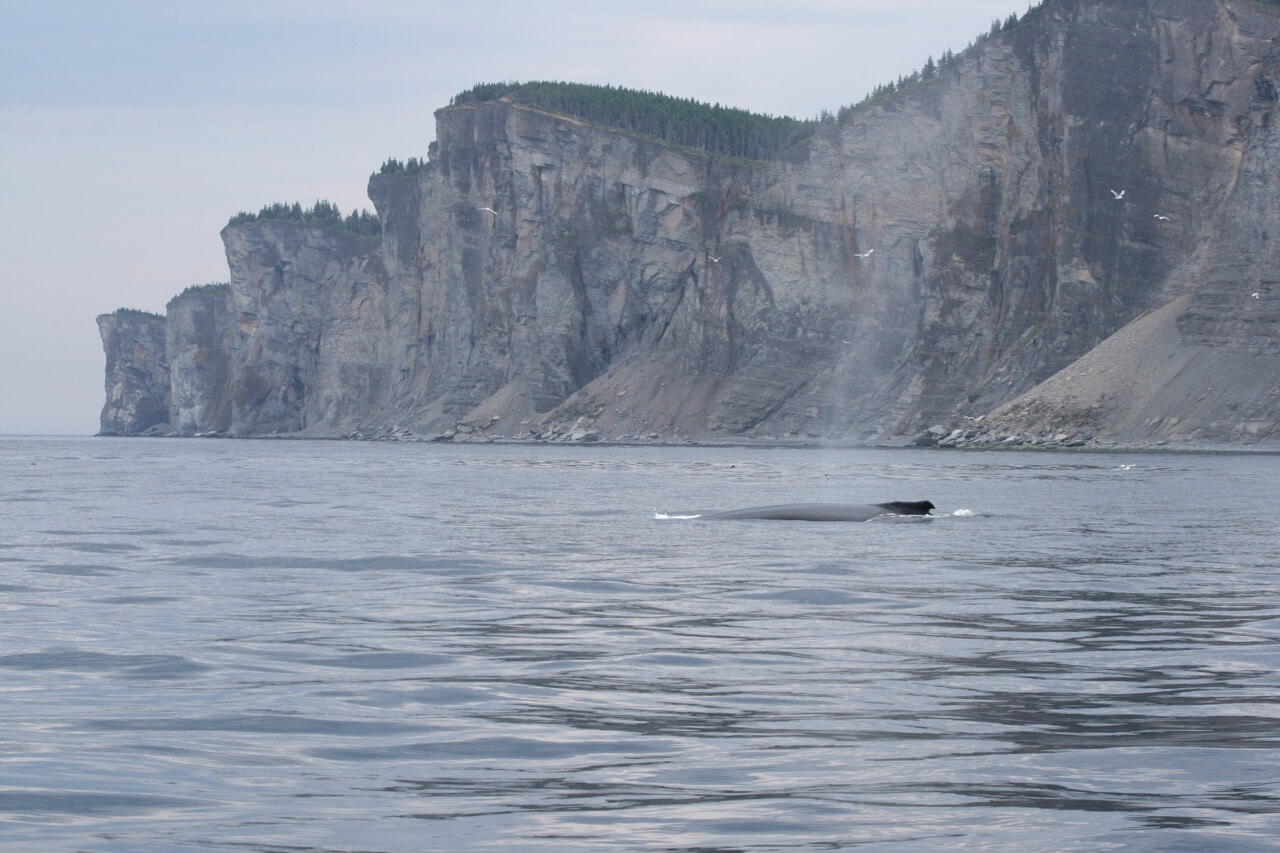 Tuque, mittens, binoculars, one field guide for birds and another for whales: a couple is gearing up for a road trip to the Gaspé for the long weekend. They are encouraged by the observations that have been reported in recent days. Whales have begun to return to their summer quarters in the St. Lawrence, from the Estuary to the Gulf.

On April 14, a hiker visits the Grande-Grave sector in Forillon National Park. Other visitors report three whales in the bay. “Their spouts were wide and low. I could see their back and tail, but not the colour pattern under the tail,” she mentions. It is likely that she observed humpback whales. About 10 kilometres from Grande-Grave, at Cap-aux-Os, a humpback whale swims close to shore. The following day, a third observer mentions three humpback whales in Gaspé Bay.

Where are these animals coming from? In winter, humpbacks migrate to the Caribbean to breed. During this period, they feed very little or not at all. In spring, they return to their feeding grounds to recharge their batteries.

In both Penouille and Sandy Beach, on either sides of Gaspé Bay, numerous seals are basking on the last remnants of ice. Seals come out of the water to rest, moult or just to warm up.

East of Île Grosse Boule, off Sept-Îles, a tall spout erupts. A large whale is swimming slowly near the surface. Its size suggests that it’s a blue whale. This species is also migratory, but we’ve been receiving reports of blue whales almost all winter long. Which just goes to show that there’s a lot we still don’t fully understand when it comes to whale movements.

In Matane, a fisherwoman out at sea on April 14 crossed paths with five belugas, including two young individuals that still had grey skin. At birth, belugas are the colour of café au lait. As they grow older, they become bluish-grey, which has earned him the nickname “bleuvet” amongst French-speakers. Between the ages of 12 and 16, belugas grow paler until they are completely white. For nearly an hour, she enjoys the presence of these animals that fascinate her. Though the spouts of belugas are generally not visible, on this day a sizable swell forces the animals to surface vigorously to breathe. When they exhale, water spurts into the air and allows the fisherwoman to spot them easily.

Armed with binoculars, a GREMM research assistant takes up his post at the land-based Pointe-Noire Interpretation and Observation Centre in Baie-Sainte-Catherine hoping to see live belugas, rather than just on his computer monitor. His seasoned eyes allow him to spot about fifteen white backs off Batture aux Vaches. These tidal flats are located off the dunes of Tadoussac.

On April 14, on the ferry connecting Rivière-du-Loup to Saint-Siméon, one observer was ecstatic to spot nearly a dozen belugas near Île aux Lièvres. The next day, sailing in the opposite direction, she notices the presence of a beluga off Île aux Fraises.

Heading out on an adventure in search of whales? Tell us what you see!