Geyser-like Spouts at the Water Surface

Clearly, Saturday was an eventful day in Gaspé Bay. On Saturday morning, two humpback whales were breaching repeatedly off the coast of Grande-Grave. “Thanks to a little patience, a little intuition or a little luck, we were treated to a genuine spectacle: spouts, tails and breaches!” exclaims photographer Pierre Etcheverry, who shared his most exquisite pictures with us. 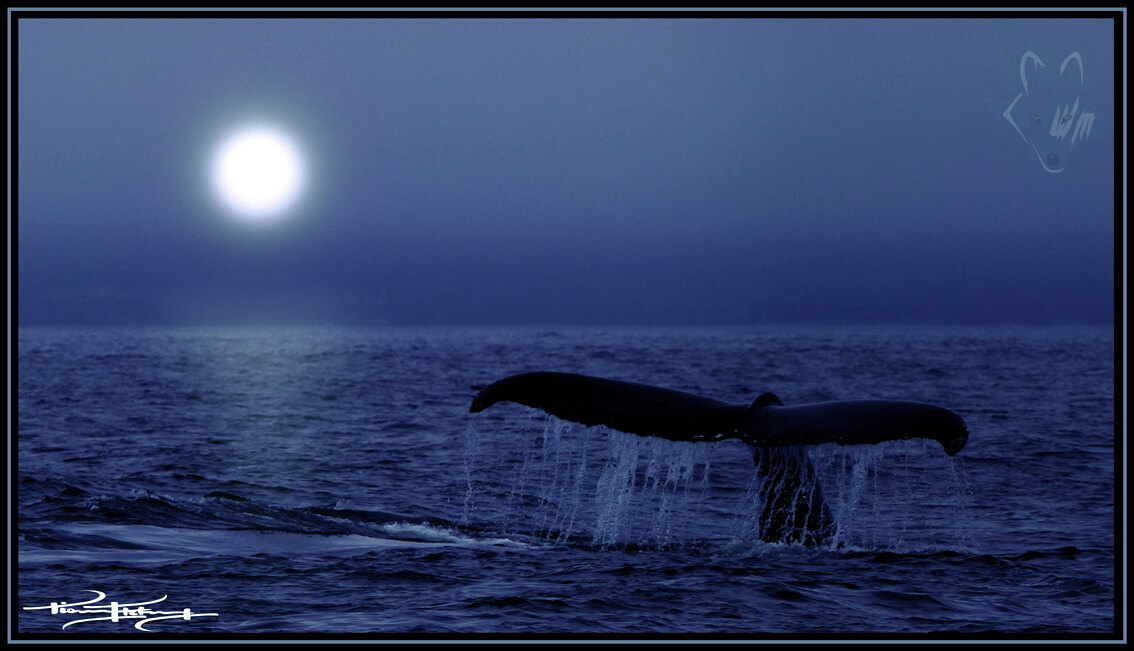 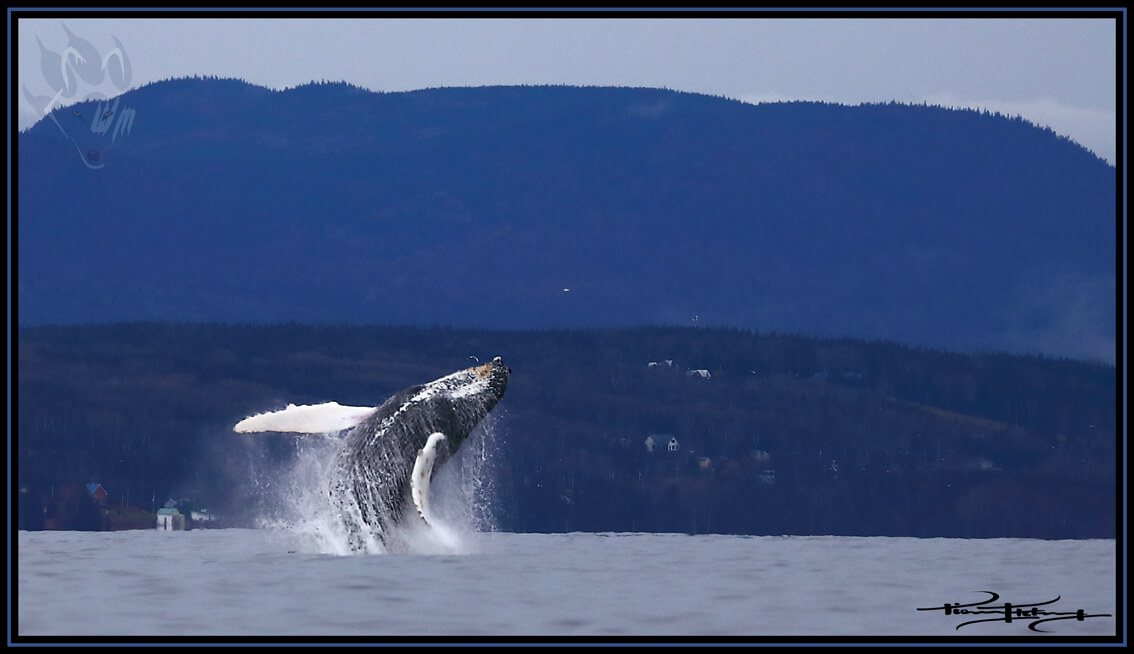 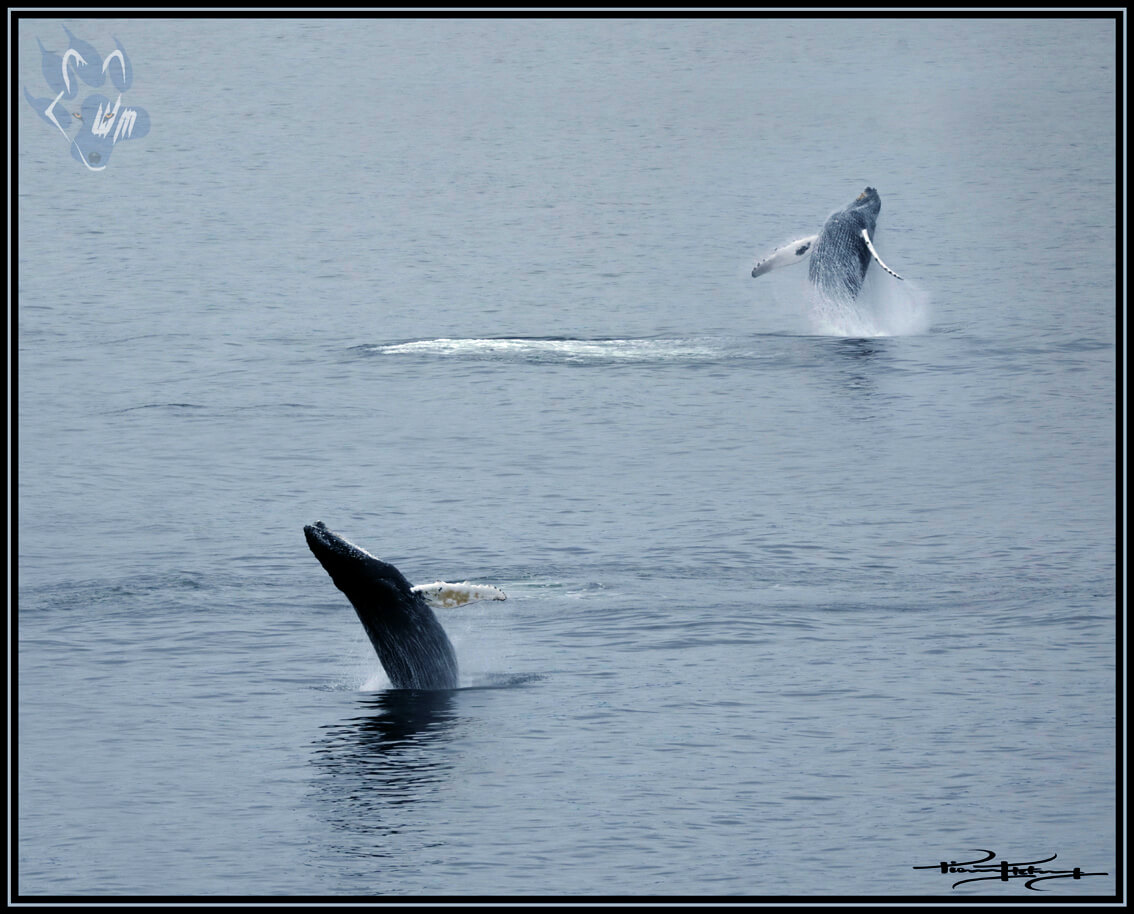 Around mid-day on Saturday, a Cap-aux-Os resident whose home peers down on Gaspé Bay was greeted by a flamboyant humpback practising lobtailing, amongst other behaviours. “I saw quite the show from my kitchen window, including tail and pectoral slapping!” she says.

On Saturday afternoon, not far from there in Cap-des-Rosiers, two or three minke whales elegantly dived several times less than 2 km from the coast where an observer was standing.

On November 30, once again in Gaspé Bay, harbour seals and a single minke whale made an appearance for the observer from Cap-aux-Os, despite the impressive waves. The next day, she tallied eight humpbacks, including a mother and her calf.

On November 30, photographer Renaud Pintiaux saw dozens of rorquals blowing from Cap de Bon-Désir, not to mention no fewer than seven white backs breaking the water surface. He recognizes one of them as Trèfle, a 45+-year-old beluga that GREMM has known since 1988. On November 25, Renaud was off shore between Les Escoumins and Les Bergeronnes, where he noted the presence of 12 to 15 humpbacks as well as several harp seals. Other boaters with whom he crossed paths reported spotting just one or two fin whales in this same sector. 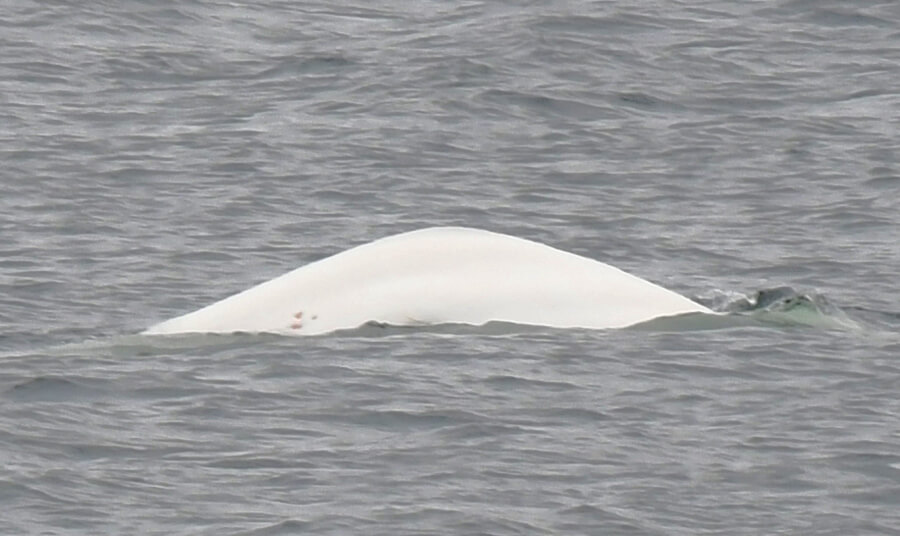 On Monday morning, a minke whale swimming near the Tadoussac marina put a smile on the face of one of GREMM’s staff members. That same day, an observer from Baie-Comeau saw two humpbacks, in addition to the minke whales he observes on a daily basis. Off the coast of Sept-Îles, 10 Atlantic white-sided dolphins were seen darting back and forth, according to a report coming in from mariner Jacques Gélineau. Minke whales and about fifty porpoises were also in the area.

On the south shore, it is seals that are stealing the spotlight. From the docks in Notre-Dame-de-l’Isle-Verte, one observer saw approximately 75 harp seals on the ice on Monday and about 250 on Tuesday. “On Wednesday, the seals were very close to Île aux Pommes and the eastern tip of Notre-Dame-des-Sept-Douleurs, and there were about 500 of them!” he reports.