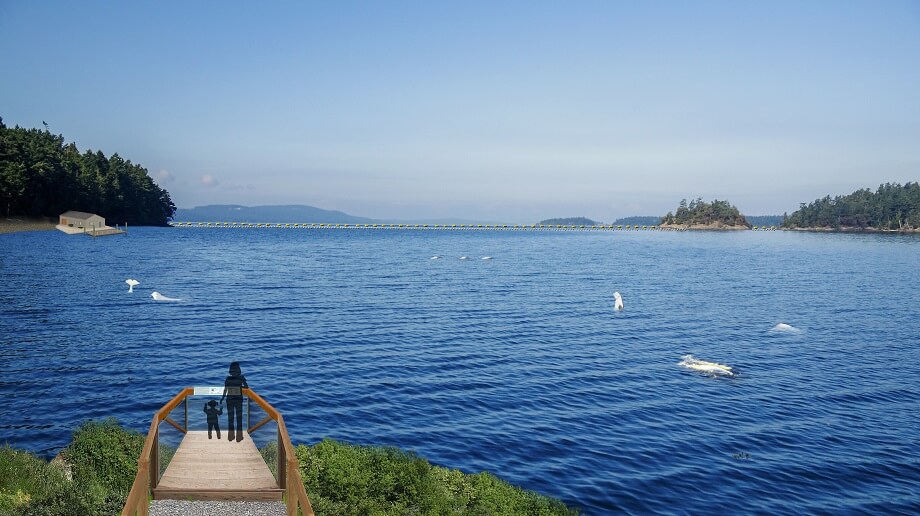 Creating a “retirement home” in the open sea that is capable of providing the best possible living conditions for whales from aquariums and theme parks: this is the aim of the American association Whale Sanctuary Project. A first sanctuary that could accommodate a handful of belugas could open by the end of 2021, and the community selected to host this innovative project is the tiny village of Port Hilford on the Atlantic coast of Nova Scotia, Canada.

“In the selection process, we investigated a large number of sites, not only in eastern Canada, but also in British Columbia and the state of Washington,” recalls Charles Vinick, general manager of the Whale Sanctuary Project. The organization was looking for a maritime site spanning about forty hectares with the following characteristics: excellent water quality, water depths of at least 14 metres, and located in a bay or cove that could easily be fenced off with nets. The location was to be subject to natural waves, but relatively sheltered from inclement weather and ice.

“In Port Hilford, not only did the chosen site meet all of our physical requirements, but we also enjoyed strong support from the local community,” emphasizes Charles Vinick. We organized several open house events, and we can count on the support of the local fishing community with regard to our research activities at sea. “Ultimately, the sanctuary should accommodate between 6 and 8 belugas from zoos, aquariums and theme parks. It would be open to the public in a limited and supervised manner, and could even represent a local attraction. 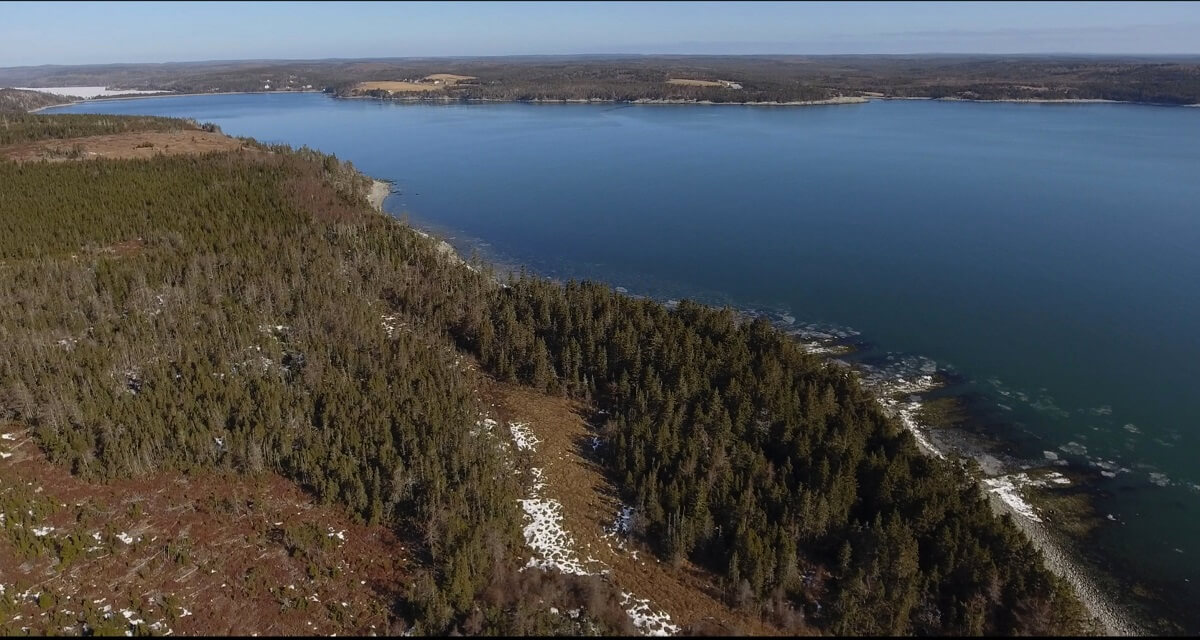 Currently, it is estimated that more than 2,350 cetaceans live in captivity around the world, including approximately 2,000 dolphins, 300 belugas and 50 killer whales. However, in recent decades, public opinion has shifted considerably with regard to theme parks that feature cetaceans. This change is mentality is notably attributable to the hit film Free Willy (1993) and the documentary Blackfish (2013), which drove many countries to pass legislation on cetacean captivity. In the same vein, in June 2019, Canada adopted a law prohibiting the capture, import, export and reproduction of cetaceans in captivity. (article in French). This law is one of the most stringent in the world.

“The next question naturally becomes, ‘What to we do with those animals that are already captive?’ As long as there is no sanctuary, there is no satisfactory solution for them,” explains Charles Vinick. Vinick, who participated in the release of the killer whale Keiko – which played the lead role in the film Free Willy – is well aware of the problem: “We know perfectly well how to capture a whale and remove it from life in the wild… but unfortunately, we don’t know how to reintroduce it.”

The objective is therefore not to release these cetaceans into the ocean, but rather to offer them a sort of “retirement home”, in a living environment “that prioritizes their well-being and their autonomy and resembles their natural habitat as much as possible,” describes the association. The sanctuary will be over 300 times the size of the world’s largest aquarium. 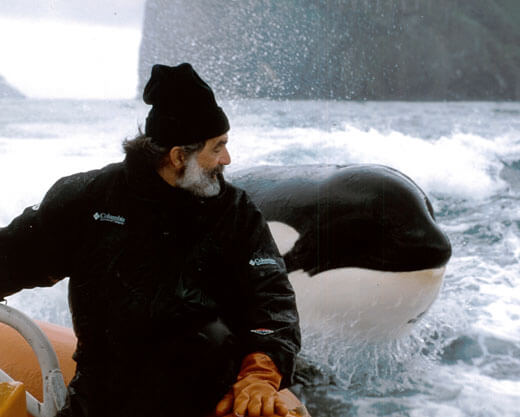 Charles Vinick, during rehabilitation of the killer whale Keiko in the open sea. © WSP

“We are not aiming for them to be self-sufficient in terms of food; the cetaceans will be fed and cared for, in particular so as not to exhaust the resources of the site, points out the director of the Whale Sanctuary Project. But we want them to be able to communicate with each other, experience the feeling of the waves, or even play with a crab on the seabed.”

While the choice of Port Hilford as a sanctuary was announced in late February, the COVID-19 pandemic has somewhat delayed the project’s progress, including the permitting process. But the team remains optimistic and continues to set its sights on the objective of welcoming the sanctuary’s first residents by the end of 2021: “Like everyone else, we continue to work through virtual meetings,” smiles Vinick, who points out that the project has been carried out from the start in collaboration with Canadian regulatory agencies (Fisheries and Oceans Canada, Transport Canada, etc.), as well as with the scientific community.

“On our advisory committee, we have a large number of cetacean researchers and experts, and it is important for us to be in contact with specialized research organizations such as GREMM, which provide us with the expertise necessary to understand the cetaceans’ behaviour,” says Vinick. “We also work hand in hand with aquariums and theme parks. We are not here to criticize or overwhelm them, but to offer them solutions, and we are hopeful that the usual caretakers [of the belugas that will be brought in] can come give us a hand in the early stages.” The American NGO is keeping a close eye on a similar sanctuary project being carried out in Iceland by Sea Trust, a foundation affiliated with the theme parks of Merlin Entertainments. 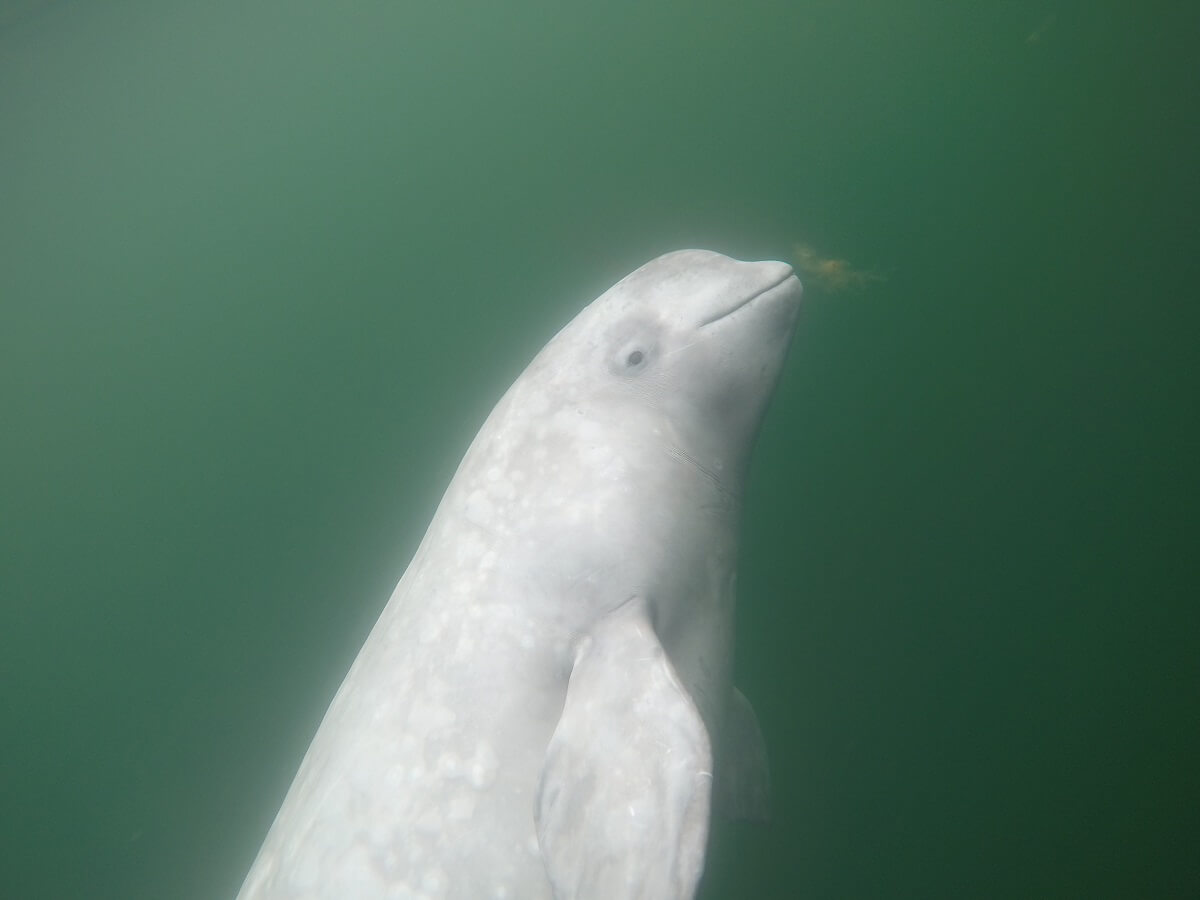 There is an estimated 300 captive belugas in the world. Here, a wild beluga. © Cathy Kinsman

In the future, the Whale Sanctuary Project hopes to develop other sites, accommodate other cetaceans in transition and install underwater cameras and land-based observation platforms. An opportunity to offer the public another form of interaction with captive marine mammals.