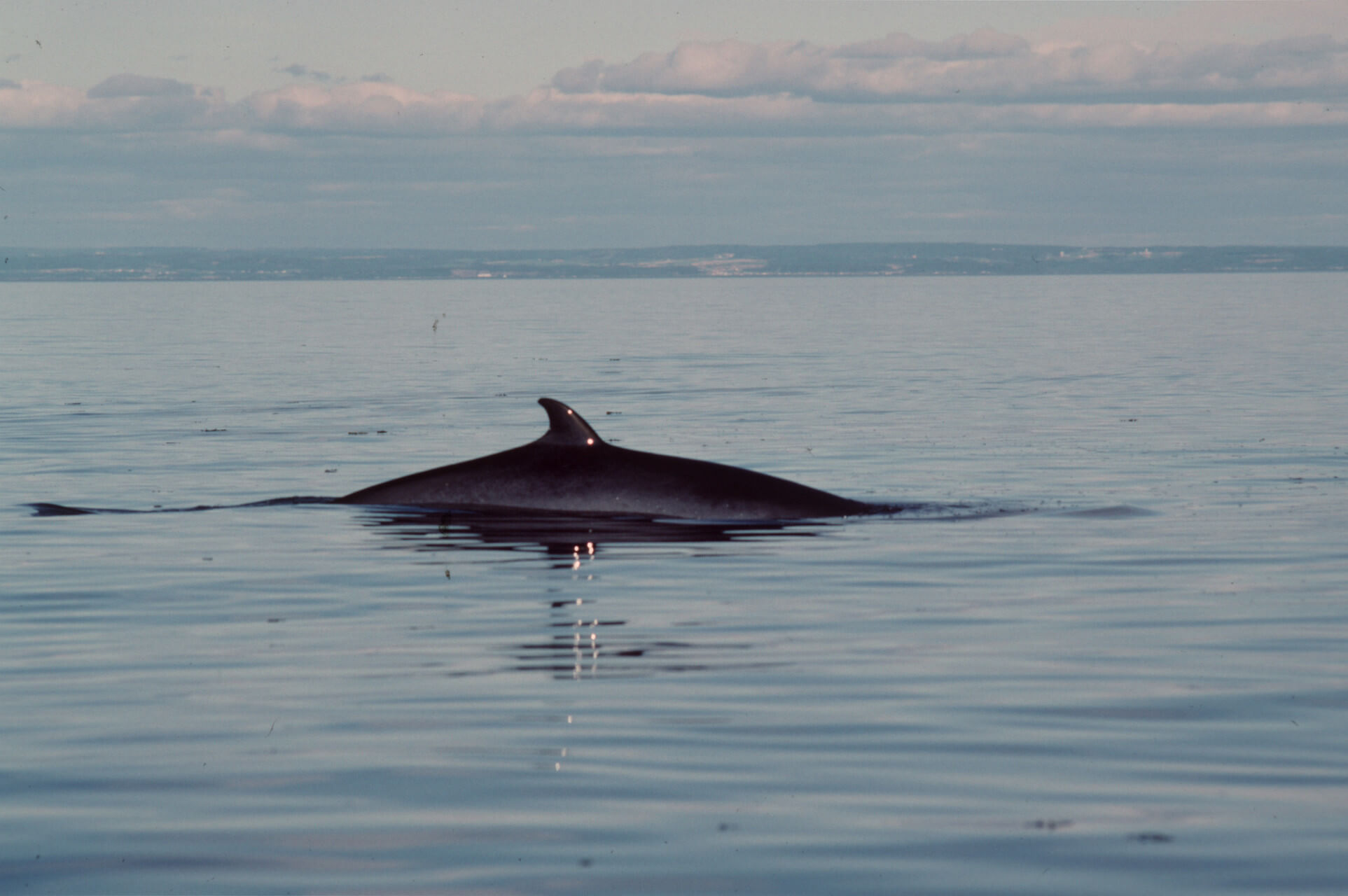 When passing close to shore, minke whales can swim lazily or slice through the water like rockets. These days, observers have the impression that they are moving at full tilt. Perhaps they’re in a hurry to enjoy their last meals? Could be! The countdown to ice formation along the coasts has begun in many areas, and the call to migrate is growing stronger by the day.

From the top of the Tadoussac dunes, bird surveyor Jessé Roy-Drainville braved the cold and snow to complete his counts of winged migrants. They were few in number this week, just like baleen migrants. “I only managed to see one fin whale. There are just five or six minke whales that are still feeding in the area,” he notes. What do minke whales eat? Occasionally krill, but especially small schooling fish such as capelin, herring, or even small cod. How do we know what whales feed on? Since they are rarely observed eating, testing the stomach contents of carcasses can offer clues.

From the porch of his home in Port-Cartier, Jacques Gélineau has frequently been seeing two minke whales lately. While taking a walk at Pointe au Jambon, he observes three species of seals: common, grey and harp. “But no big spouts.” As for birdlife, red-throated loons, a cousin ​​of the common loon, have been present on the St. Lawrence. This species is well adapted to our harsh climate and sometimes overwinters in the region. Common mergansers, sometimes referred to as sawbills, as well as eiders are also being observed in the area. Jacques is surprised to seen a rare visitor “in considerable numbers”: dovekies! These tiny birds will spend the winter off the coasts of Newfoundland, Labrador and Nova Scotia. 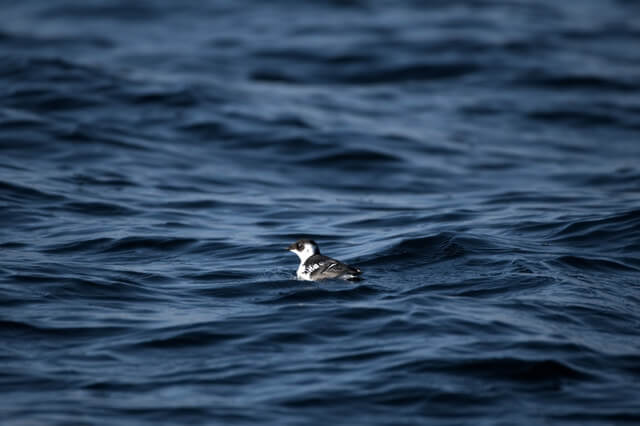 This dwarf blackbird has his winter plumage. © Jacques Gélineau

In Baie-Comeau, a resident stops at the wharf to scan the sea on November 25. Three minke whales, one of which is larger than the other two, appear to be feeding. “I could hear them breathing; it’s so relaxing,” he notes. A grey seal pokes its head out of the water, turns toward him, and disappears. What do grey seals eat? Do they compete with minke whales? The grey seal is said to be “opportunistic”, meaning it can feed on various species of fish like cod or herring, crustaceans such as lobster and molluscs, but not krill.

On the Gaspé coast, in Baie Saint-Yvon near Cloridorme, three snorting harbour seals are spotted on November 20. The smallest of the three even stretches out over a rock. What do harbour seals eat? They prey on both fish and invertebrates, be it cod, squid or sand lance.

Opposite Cap-aux-Os, a local spots at least one minke whale every day while she’s eating. And what do humans eat? Many things, including a few of the same species as seals and whales!