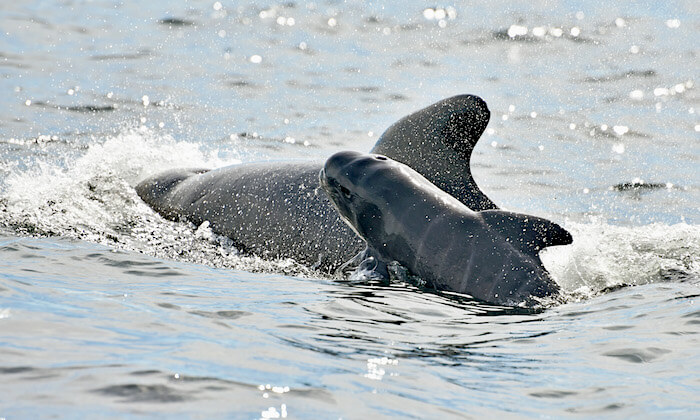 What diversity in the St. Lawrence! Observers have an extremely diverse list of species to report these past few days, including tuna, gray seals, and gannets, not to mention multiple species of whale, hundreds of white-sided dolphins here and there in the Gulf and more uncommon cetaceans such as pilot whales and North Atlantic right whales.

The Mingan Island Cetacean Study (MICS) has teams scattered throughout the Gulf and the Estuary in search of blue whales. In the Côte-Nord region, between the Mingan Archipelago and Anticosti Island, six different individuals were observed. Same number for the Godbout area, not far from Baie-Comeau. On the morning of September 2, an observer posted on the coast reported up to a dozen spouts belonging to large rorquals off of Pointe-Lebel. In the Gaspé, blue whale B329 was seen in Cloridorme, but it is fin whales that have been particularly prevalent in this sector, with nearly a dozen being tallied. Humpbacks such as Casper and a mother-calf pair are also being observed by cruise-goers. L’Anse-à-Valleau was host to a few more noteworthy species: a group of about thirty adult and young long-finned pilot whales was seen, including one very small individual, probably a newborn according to a MICS biologist. And, a North Atlantic right whale is also roaming the area. The researchers also noticed an impressive abundance of tuna clearly visible at the surface. Based in Sept-Îles, the CERSI also recently reported tuna swimming amongst the humpbacks.

On Tuesday, September 6, cruise participants wrote that “the tip of Cap-Gaspé was teeming with life: gannets were diving for fish by the hundreds, seals were yelping on the rocks and humpbacks gave us great displays!” Gray seals are indeed ubiquitous in the St. Lawrence, sometimes gathering by the hundreds in the Île Verte area. It’s not just northern gannets that are after fish: a gray seal in the midst of hunting was also startled by an observer! The St. Lawrence Estuary has also been host to numerous harbour porpoises, dozens of gannets and flocks of black-legged kittiwakes. On September 2, from the top of the Tadoussac dunes, the official bird counter for the Tadoussac Bird Observatory (OOT) estimated the number of kittiwakes to exceed 10,500! Our observer in Franquelin observed a group of twenty great blue herons fly over the water.

Birders in the region are often particularly enticed by a great rarity, in this case an American white pelican – a species typically found in the Canadian prairies – that has apparently been observed feeding in the port area of Gros-Cacouna since Saturday.

In the heart of the Laurentian Channel, blue whales are coming and going. At least five have been reported between Tadoussac and Les Escoumins. One of these giants gave a thrill to observers in Les Escoumins by raising its tail to the sky as it dove. The humpback Gaspar is still present in the Estuary. The fin whale Zipper is also in the region, as well as a dozen or so other members of its species. Lastly, the mouth of the Saguenay has been interspersed with belugas, including young and adults.

To illustrate this beautiful and impressive diversity, the Whales Online team has compiled this album: 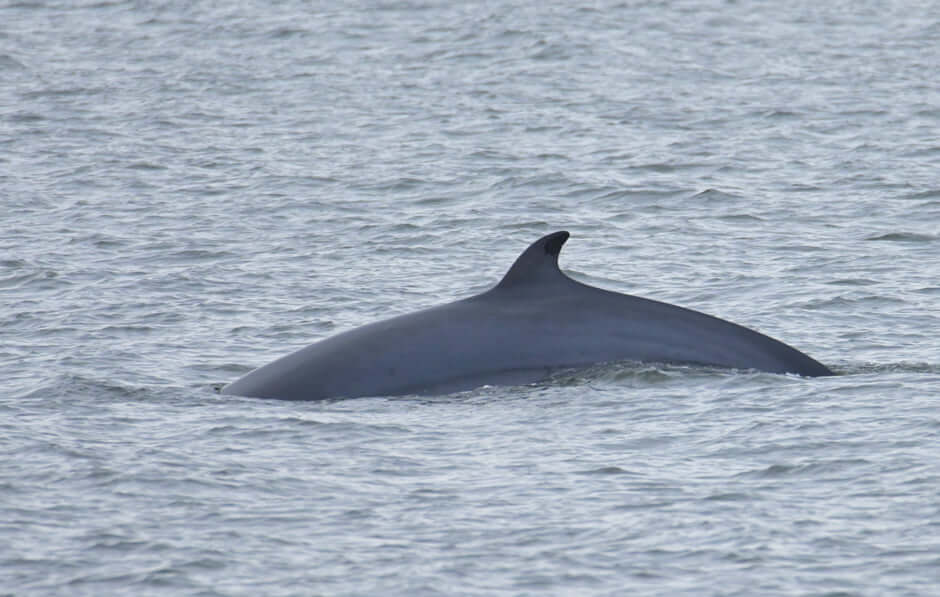