First Report of a Minke Whale in 2020 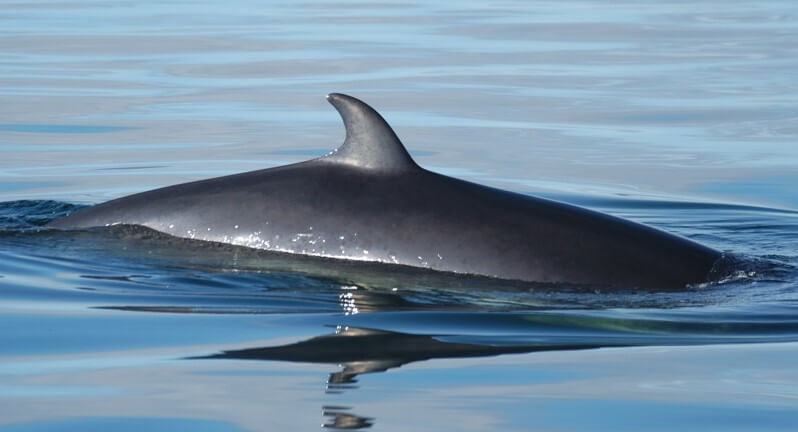 We received the first report for 2020 of a minke whale in the St. Lawrence! It was an individual out for a stroll who had the good fortune to make the observation on March 23. He spots the minke whale while enjoying the spring sun from the wharf in Baie-Comeau. His observation lasts about ten minutes before the whale departs for Saint-Pancrace Cove.

Minke whales are seasonal residents of the St. Lawrence; they are regularly observed from March to December. Where do they spend the winter? Their migratory movements are not yet well understood. Observations as well as acoustic recordings made by the US Navy surveillance system suggest that minke whales head south to the Caribbean region for the winter.

In our waters, nearly all of the minke whales observed are females. Every biopsy (tiny skin and fat samples) that has ever been taken from minke whales confirmed that the individuals studied were indeed females. The only males ever observed in the St. Lawrence were in fact dead juveniles whose carcasses were discovered stranded.

Another species of cetacean has also been noted recently. March 26: While attempting to match belugas, GREMM research assistant Mathieu Marzelière spots a few of these white whales swimming between Pointe de l’Islet in Tadoussac and Pointe Noire in Baie-Sainte-Catherine. This is one of the advantages of working from home: from his office window, he enjoys a view of the mouth of the Saguenay. In the afternoon of March 18, family members are excited to see two belugas swimming near Pointe Noire. Some belugas seem to have returned to the region.

As for seals, they number in the thousands off Gallixon March 24. “At least 5,000,” exclaims Jacques Gélineau, binoculars in hand. The pinnipeds are basking in the sun about 1.5 nautical miles from the coast on blocks of piled up ice.

The wildlife photographer Éric Deschamps is quite patient. As the tide ebbed, he spotted a large harbour seal on a rock off Sainte-Anne-des-Monts on March 25. A smaller seal swims around and watches a rock that is beginning to emerge. “He tried many times to climb the rock, each time without success. He managed to stay balanced on his belly, but did not seem comfortable. It was when he tried to move on his flank that he kept falling over.” He shares with us on video his wonderful observation. In order to film, he crawled into the low tide to find his correct angle, then crawled away again, so as not to disturb the two animals.

On the other side of the St. Lawrence, in Métis-sur-Merin the Gaspé Peninsula, a stroller spots two seals at sunset on March 24. She thinks they were grey seals, due to the elongated shape of the head, which is reminiscent of that of a horse. The following day, she returns to scan the River and photographs a group of about twenty on the rocks. Even with these photos, it’s difficult to identify the species. From a distance and with the glare of the sun, the colour of the animals’ coats and the shape of their spots can be misleading. In any case, a walk along the shoreline is an opportunity to get a breath of fresh air and to connect with nature in these stressful times, to say the least. 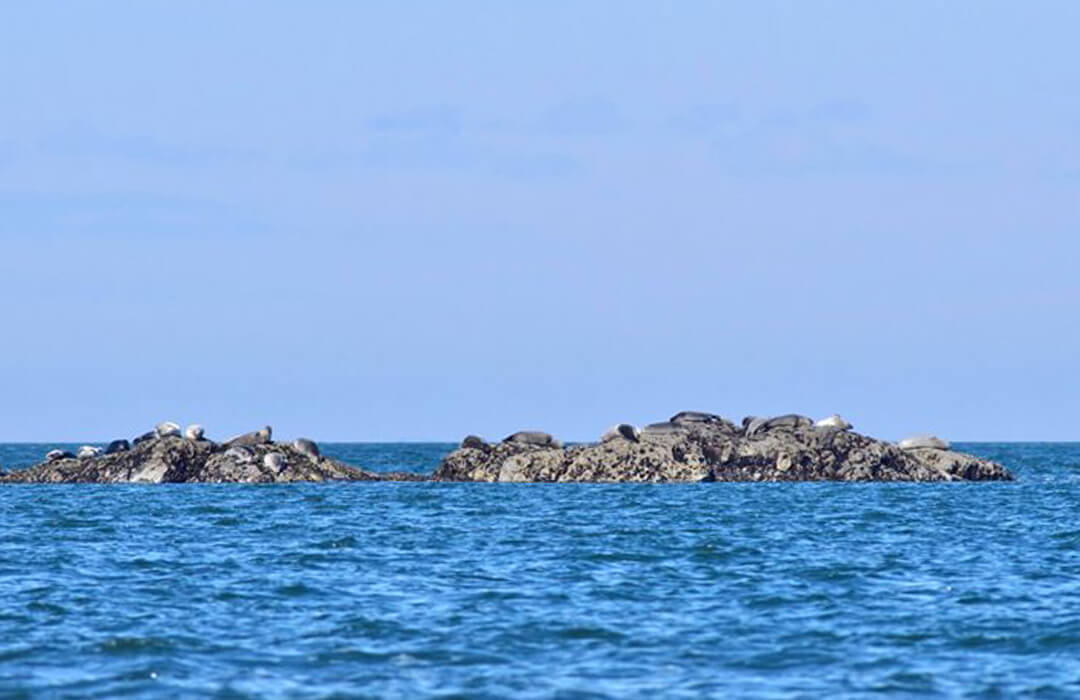 If you’re out for a stroll along the waterfront and you come across a live seal, give it even more space than you would your fellow humans. The seals we see on the beaches need their rest. If you happen upon a vulnerable or dead seal or whale, you should call 1-877-722-5346. The call centre team for the Quebec Marine Mammal Emergency Response Network continues its work, 24 hours a day, 7 days a week, despite the pandemic.