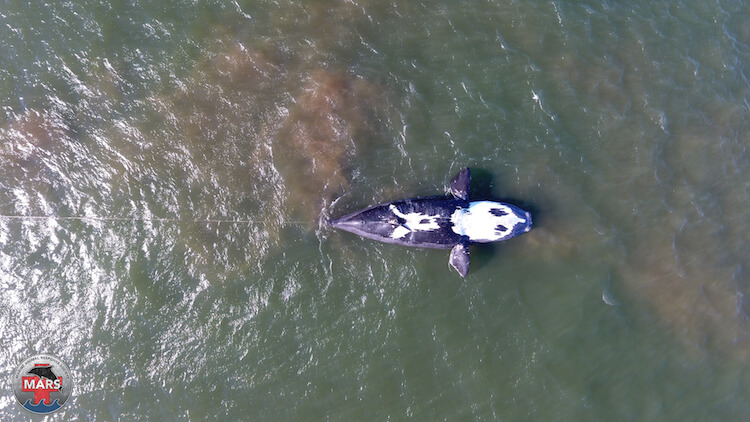 In recent years, a number of right whale carcasses have been towed to shore where they subsequently underwent a necropsy. © Marine Animal Response Society

For the first time ever, data on whale incidents in eastern Canada has been compiled in a single report. Produced by the Marine Animal Response Society (MARS), the document presents data collected between 2004 and 2019 in Quebec, Newfoundland and Labrador, Nova Scotia, New Brunswick and Prince Edward Island.

Although this information is not new and is well known to researchers, this summary work provides a general overview of the important issues of the past 15 years in the field of cetacean conservation. “This is the first time that we have had a detailed assessment, which is not exhaustive, but is probably very close to reality,” points out Robert Michaud, coordinator of the  Quebec Marine Mammal Emergency Response Network (QMMERN).

An impressive diversity of species

The Marine Animal Response Society, the Quebec Marine Mammal Emergency Response Network and Whale Release and Strandings have handled over 3,000 cases involving whale carcasses as well as injured or vulnerable animals between 2004 and 2019. The database includes a total of 25 species of cetaceans.

Humpback whales, minke whales and harbour porpoises, which form abundant populations, are amongst the most frequently reported cetaceans. The report also highlights a recent uptick in the number of cases concerning unusual species, such as beaked whales, without speculating on the reasons for this trend.

The reports received by the three emergency hotlines are testimony to the biodiversity of ecosystems in the St. Lawrence, the Bay of Fundy and the North Atlantic.

The harbour porpoise population in the Gulf of St. Lawrence is estimated to number 20,000 individuals! © GREMM

The authors of the report point out that, with the exception of belugas, which have been the subject of a special program for 35 years, only a small proportion of carcasses have undergone a comprehensive necropsy to determine the cause of mortality. Even when a team does visit the scene, it is often difficult to pinpoint the exact cause(s) of death. In fact, the cause of mortality was determined in only 7% of reported carcasses. For these whales, accidents such as entanglements or collisions are believed to represent more than half of the deaths. The report also states that a cursory examination of 1,500 whales, i.e. half the cases in the database, found evidence of interactions with humans in 45% of these cases.

However, according to the authors, caution should be exercised when interpreting this statistic. On one hand, the rapid decomposition of certain carcasses masks a number of the clues that experts look for to detect traces of human influence. On the other hand, even if a carcass bears entanglement marks, that does not necessarily mean that they contributed to the animal’s death. The authors point out that studies on living whales have already demonstrated that a significant proportion of these animals have scars from entanglements from which they have recovered. For example, nearly half of all fin whales in the Gulf of St. Lawrence have already been entangled.

In terms of necropsied carcasses, North Atlantic right whales are over-represented. Indeed, documentation efforts are particularly strong for this endangered species, which is prone to entanglements and collisions. For species that are considered to be “not at risk”, necropsies are performed less frequently. Thus, the authors of the report are concerned about the loss of data that could represent highly valuable information for prevention and conservation. For example, they believe that the impacts of human activities are potentially underestimated in several species of cetaceans. 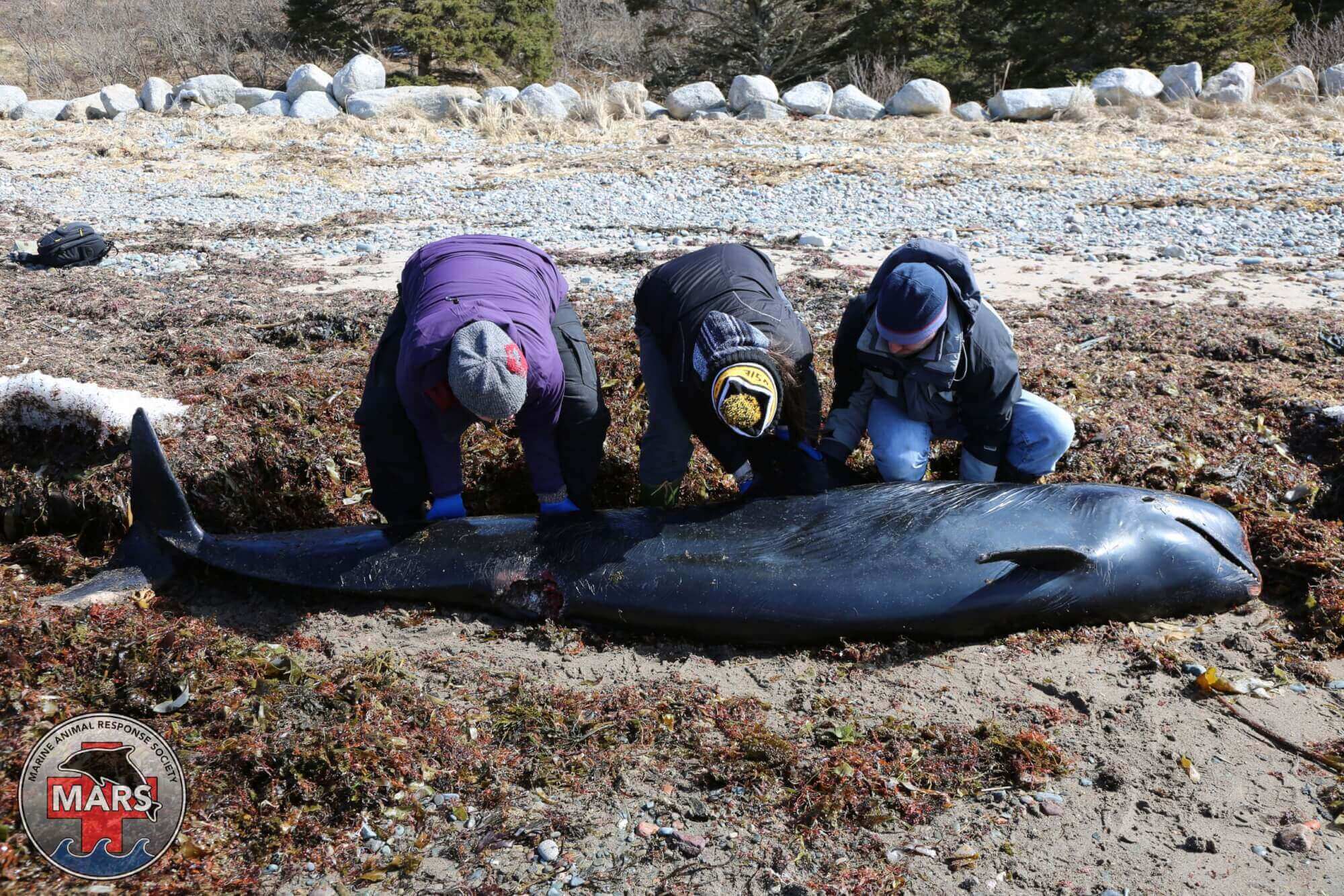 Because it is not at risk, the long-finned pilot whale rarely undergoes a complete necropsy. © Marine Animal Response Society

To address these gaps, the Marine Animal Response Society is calling for greater investment in organizations that deal with vulnerable marine mammals in order to increase their documentation capacity. In Quebec, the proportion of sampled carcasses is due to increase in coming years thanks to the recent addition of mobile teams to the QMMERN, which has been made possible by funding from Fisheries and Oceans Canada.

To report a dead or vulnerable whale, contact your regional emergency network.