A first beluga carcass was discovered in Tadoussac. © Pierre Beaufils

On March 27, a beluga carcass was discovered in Tadoussac by an individual who was out for a stroll. The discovery was reported to the Quebec Marine Mammal Emergency Response Network. This is the first beluga carcass to be found in 2021.

Since 1983, a program has been in place to recover and necropsy carcasses in an attempt to better understand the causes of these mortalities. However, the carcass of the adult male beluga is in an isolated bay accessible by a narrow unmaintained hiking trail or from shore, but only at low tide.

The Network’s mobile team quickly travels to the scene to secure the carcass and gather the necessary information to put together a game plan. A number of factors must be considered such as local tide and current conditions and weather windows, not to mention the safety of the responders. After an extensive assessment of the situation, the conclusion is clear: recovering the carcass will not be possible. The decision is therefore made to proceed with sampling.

During a second visit, the mobile team photographs, measures and collects skin, muscle and fat samples, a piece of jawbone as well as the beluga’s liver. The samples are sent to DFO’s Maurice Lamontagne Institute for analysis. The photos are analyzed by the research team at the Group for Research and Education on Marine Mammals, which maintains the beluga photo-ID catalogue. Despite the markings on the beluga’s dorsal crest, attempts to match it with known belugas are futile.

There are no external clues as to how the beluga died. Since 1983, approximately 15 belugas a year have been found dead on the shores of the St. Lawrence. The monitoring program helps characterize the mortalities of this endangered population, in addition to tracking their evolution and identifying their causes.

Should you happen to discover a whale or seal carcass or see a marine mammal in difficulty, promptly call the Marine Mammal Emergencies hotline at 1-877-722-5346. 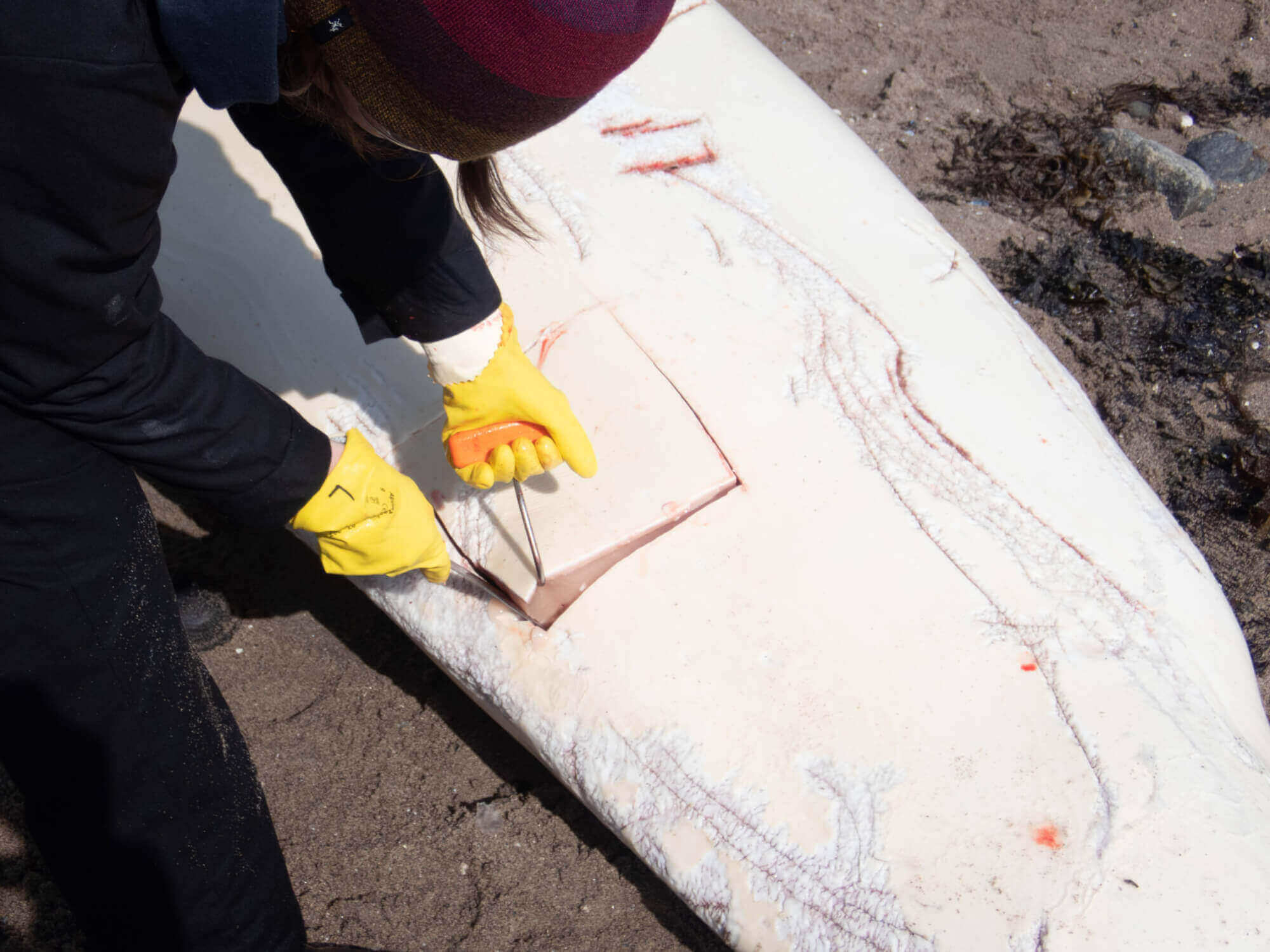 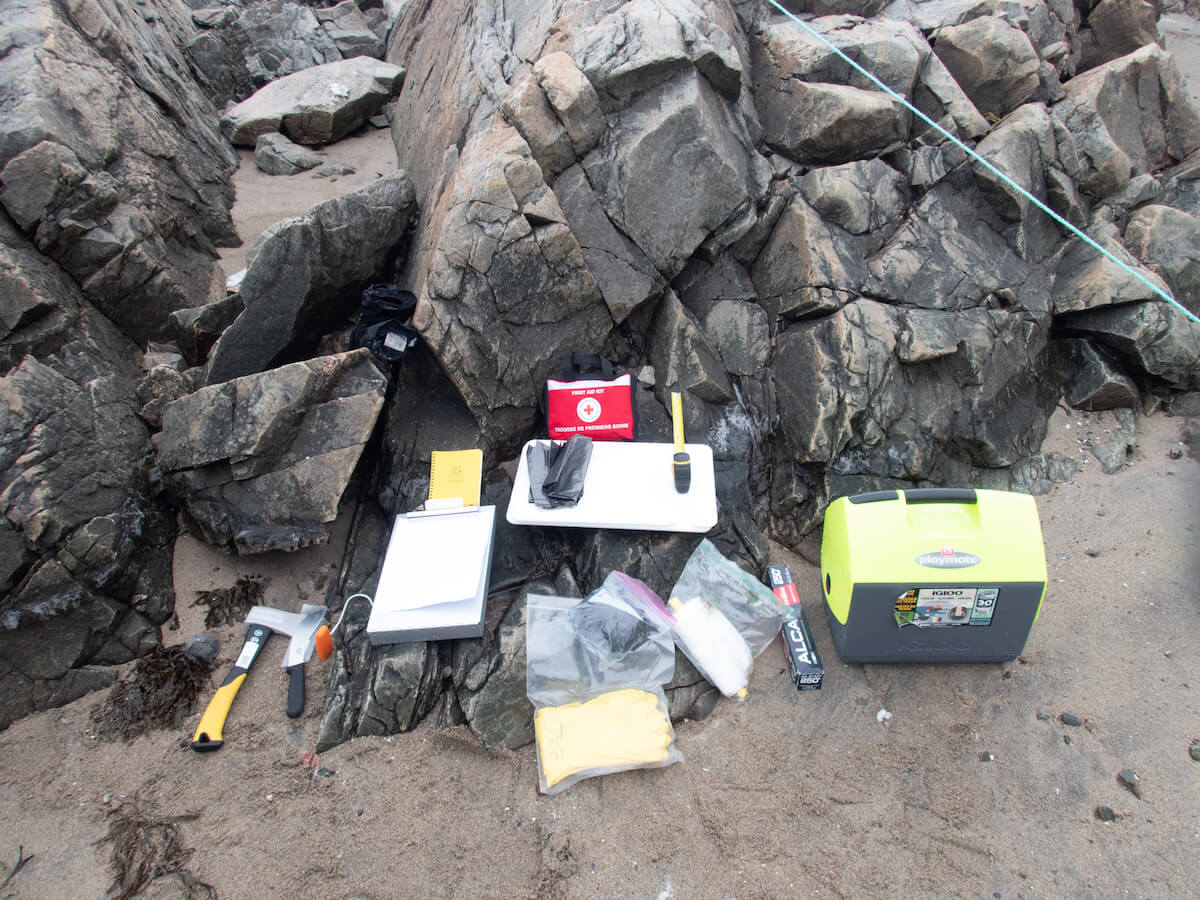 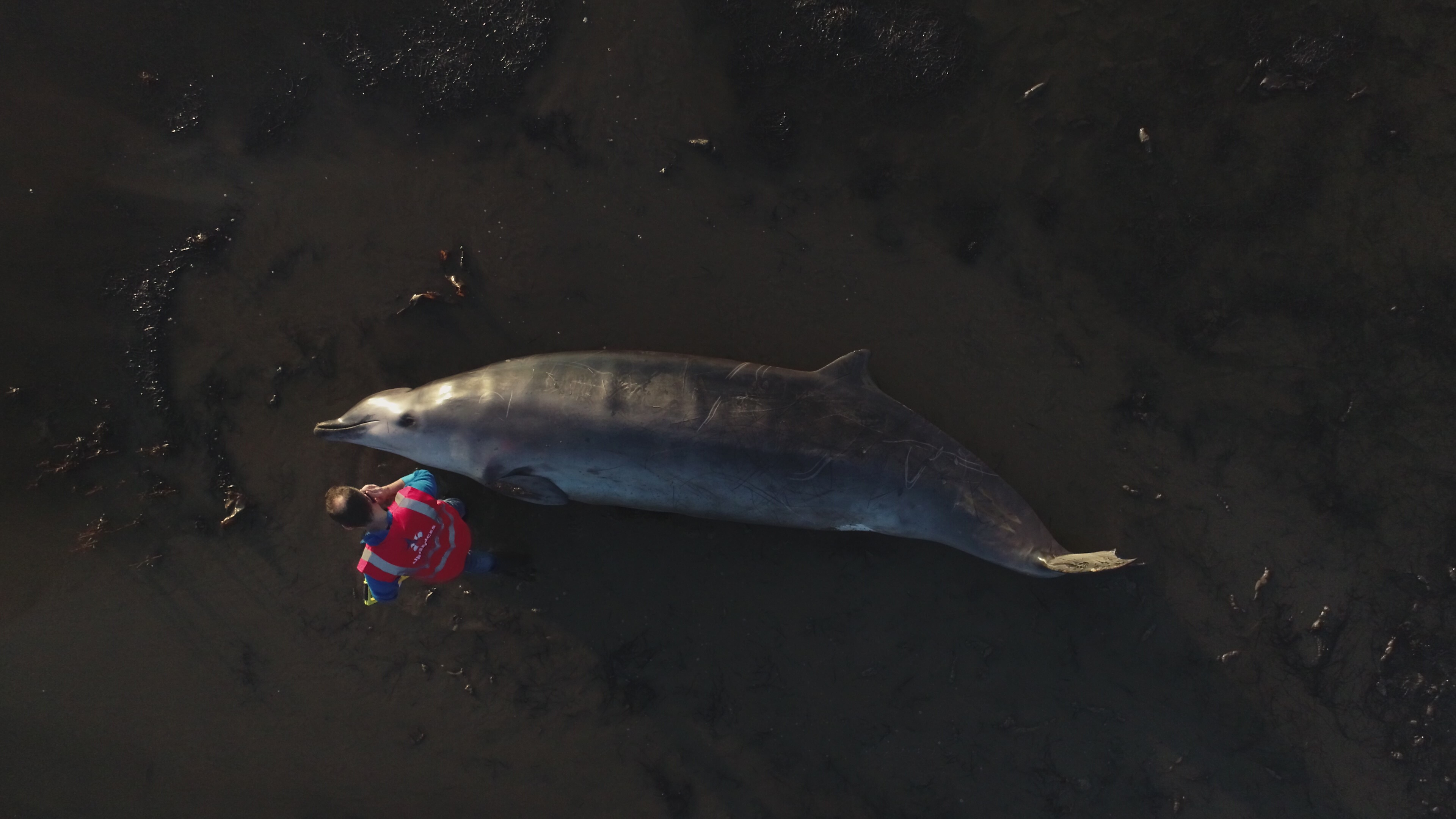 Last October 23, a True’s beaked whale beached itself and died in the Bay of Sept-Îles. The causes of this…