Do whales suffer from sunburn? 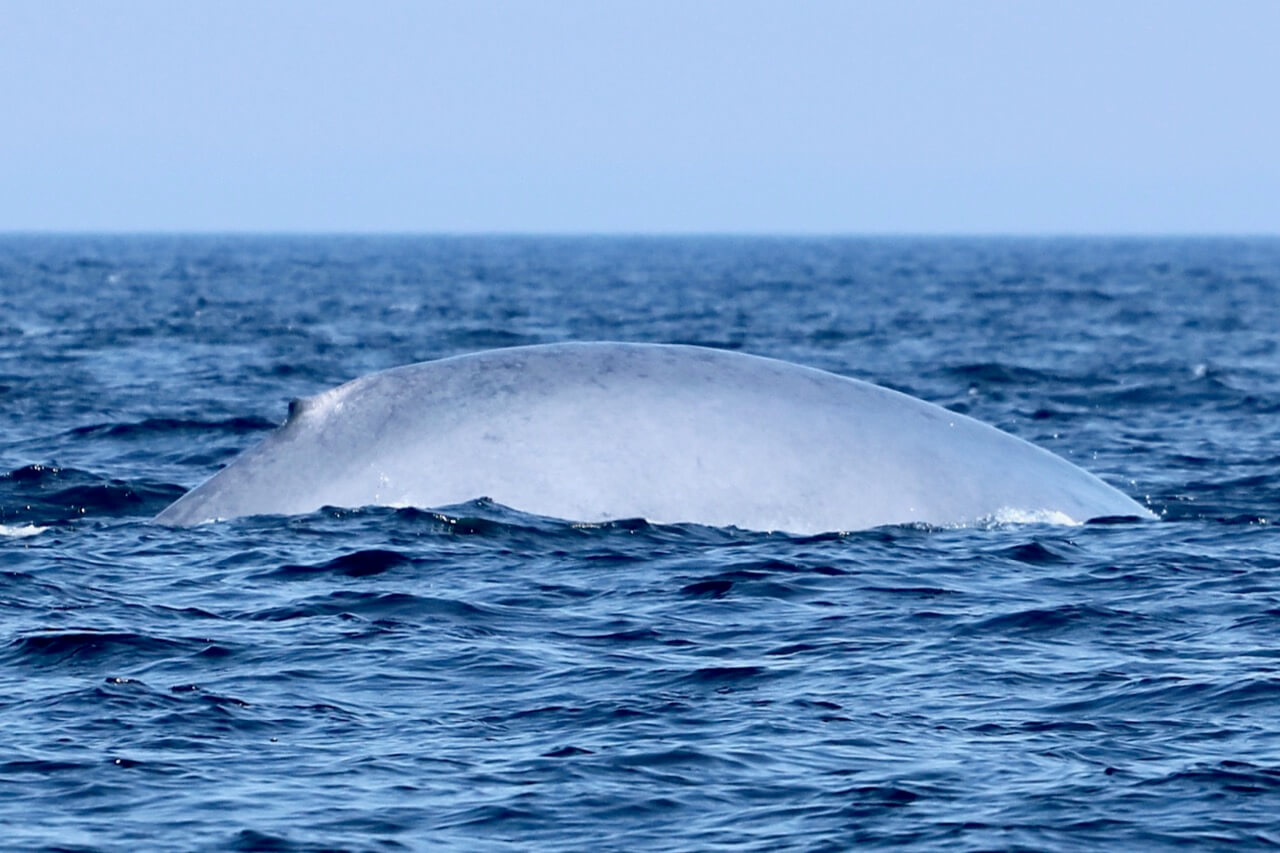 Whales need to come regularly to the surface to breath. Researchers have found that they can get sunburnt. Blue whales are particularly vulnerables due to their pale skin. © René Roy

Unlike other mammals, whales do not have hair to protect their skin. Even if they spend little time at the surface, can whales get sunburn?

Sunburn is caused by ultraviolet (UV) rays. The latter represent about 10% of the light energy emitted by the sun, though a certain proportion of them are intercepted by the ozone layer.

UV rays can break down DNA, which prevents it from replicating normally and eventually leads to mutations. The accumulation of DNA mutations is a contributing factor to the development of skin cancers.

To avoid permanent damage to the DNA, the cell can either repair it or self-destruct. An inflammatory reaction, sunburn promotes the healing process and renewal of the skin.

Whales at greater risk than others

A study published in Proceedings of the Royal Society in 2010 analyzed skin lesions caused by the sun in three species in the Gulf of California: the fin whale, sperm whale and blue whale. Is the risk of sunburn influenced by skin pigmentation?

Melanin, the pigment responsible for skin complexion, protects against sun damage by absorbing light and promoting DNA repair. As expected, fin whales, which have the most pigmented skin of the three species, were less affected by blisters or other sun-related lesions.

But it is not only pigmentation that determines risk. Exposure time is also a significant factor. Sperm whales linger for seven to ten minutes between dives while blue whales average just two minutes. Additionally, sperm whales can stay at the surface for six hours at a time to socialize. Thus, despite their intermediate pigmentation, sperm whales are just as affected as paler-skinned blue whales.

Since whales cannot reduce their exposure time, which is directly related to their breathing, their bodies have other strategies for protection against UV rays.

Every year, blue whales migrate from their summer feeding grounds, where the sun is less intense, to the Gulf of California. They are therefore exposed rather suddenly to significant UV radiation. A study published in 2013 in Scientific Reports showed that blue whales have the ability to tan in winter. Their melanocyte count, the cells responsible for producing melanin, increases as the number of lesions decreases.

In the hours following exposure to the sun, sperm whales produce molecules that help repair the UV-damaged DNA, a strategy that has also been observed in humans.

What about the St. Lawrence beluga? No study has ever been conducted to assess the sun’s effect on this particular species. Its pigment-deficient skin probably makes it vulnerable to the sun, as evidenced by the yellowish spots on the backs of sick belugas that spend more time at the surface. However, at our latitude, UV intensity is much lower than in the tropics, which lowers the risk of sunburn for healthy belugas.