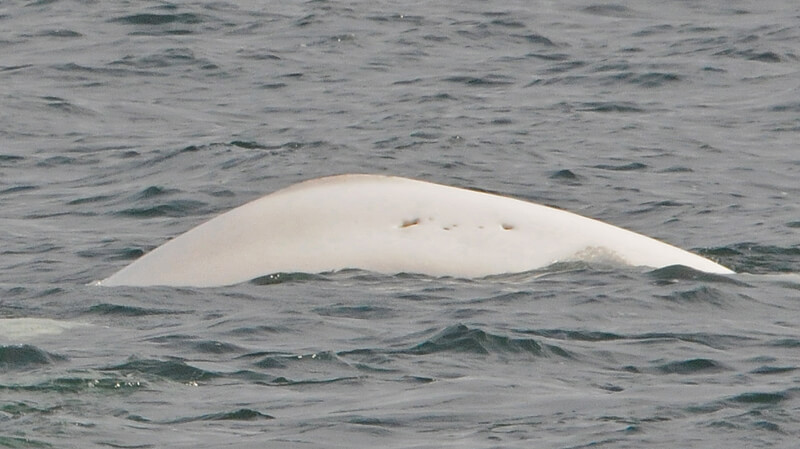 Rather quickly, I spot with my binoculars a herd of belugas far to the northwest, heading full speed along the coast to the northeast. These belugas are thus swimming straight toward me and I am waiting for them! Indeed, between 3:00 and 3:30, several groups of belugas would pass in front of me, sometimes just a few metres from shore. Adults and young form a herd of about 70 individuals, splintered into several smaller groups.

I shoot a few photos of those with conspicuous dorsal crests and focus mainly on one individual with distinctive markings: a series of holes on its left flank. In the evening, I send these photos (which you can see here) to GREMM researchers who manage to identify this animal! It is DL220, first photographed in 1993, and seen again in 1994, 1996, 1999… and never again since! Its sex is unknown (it has never been biopsied). At the time, it was seen in the area of Île Blanche, Saint-Siméon and Kamouraska, but never in the Cap de Bon-Désir – Les Escoumins sector. This is an extremely interesting observation then!

Another noteworthy fact for April 10: the massive arrival of seaducks to the area, including an impressive parade of hundreds of common eiders. The second most represented species is the black scoter, with several hundred individuals streaming by, low over the water, farther off than the common eiders. I should also point out the spring arrival of double-crested cormorants!

Spring is here for good in Haute-Côte-Nord! 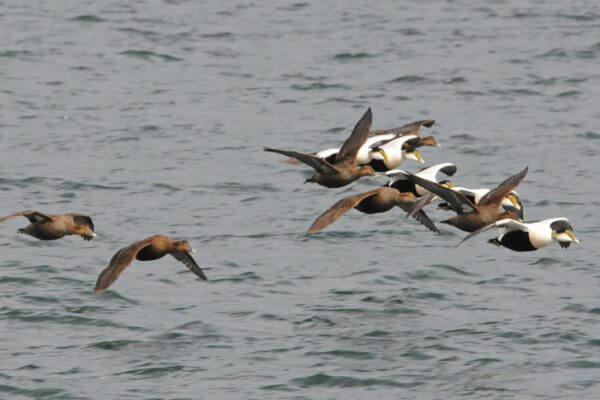 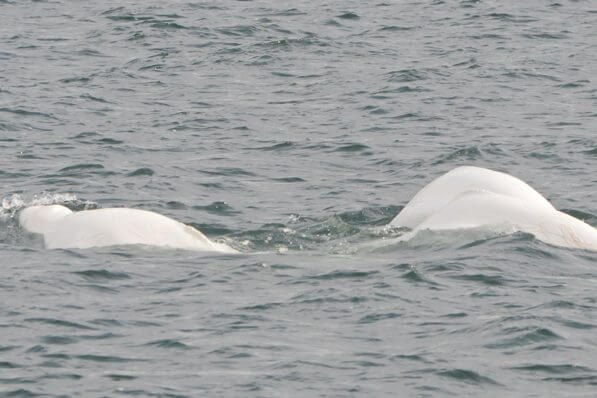 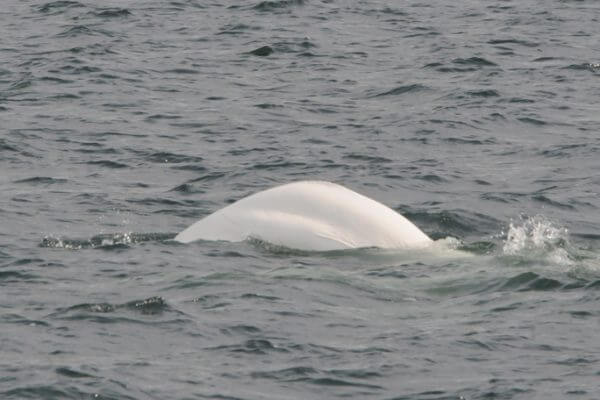 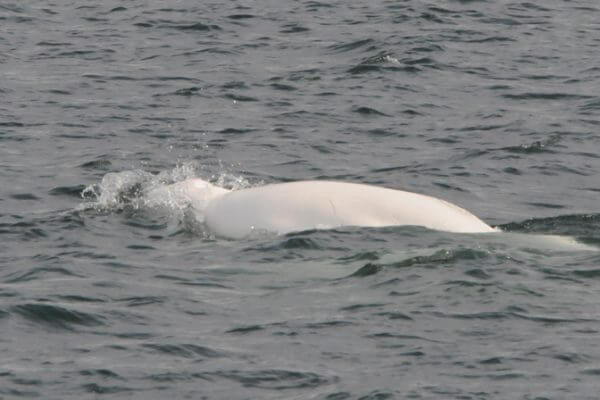 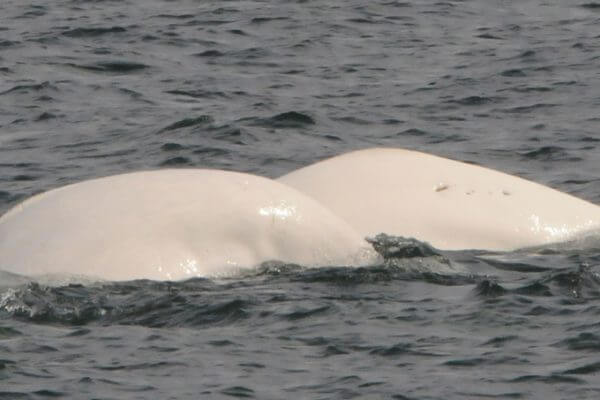