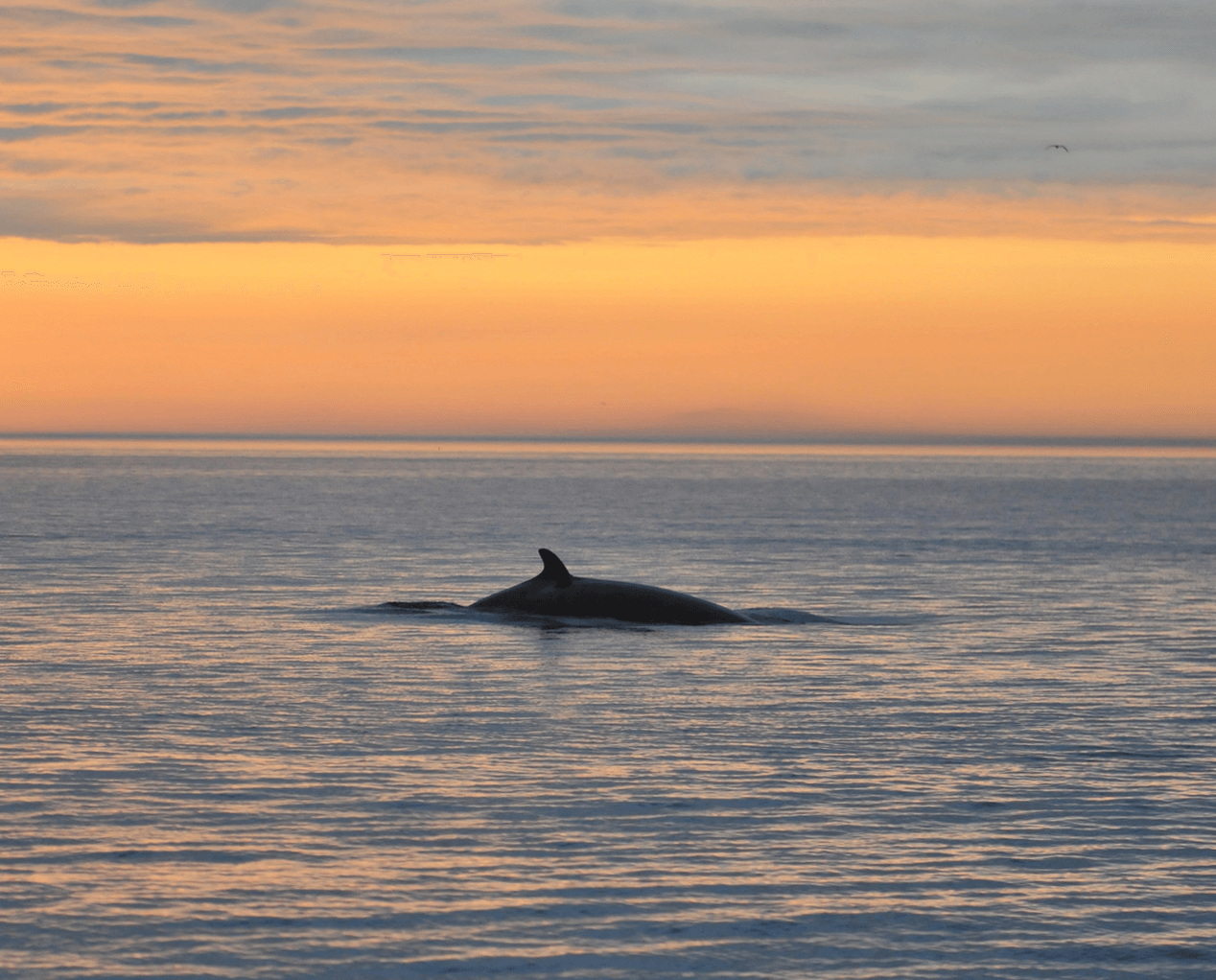 Minke whales are present in the St. Lawrence between March and December. © GREMM

Whether it’s pods of white-sided dolphins repeatedly leaping out of the water, breaching minke whales or a blue whale blowing in the distance, marine mammals are still present in the waters of the St. Lawrence, whether near the coast or out on the horizon.

Dolphins by the hundreds

Atlantic white-sided dolphins were seen in good numbers this week. Off the coast of Tadoussac, between 300 and 400 of these swift cetaceans were spotted, much to the delight of observers. In Sept-Îles and Port-Cartier, about fifty dolphins were seen in a display of blue, black, grey, white and yellow parading across the water surface. Although the species generally lives in groups of 3 to about 50 or so individuals, they are sometimes found in huge herds that number in the hundreds or even thousands.

In the Saguenay-St. Lawrence Marine Park, there’s action on the water with no fewer than 5 humpback whales identified in the past week and two fin whales, not to mention minke whales, harbour porpoises and numerous seals. 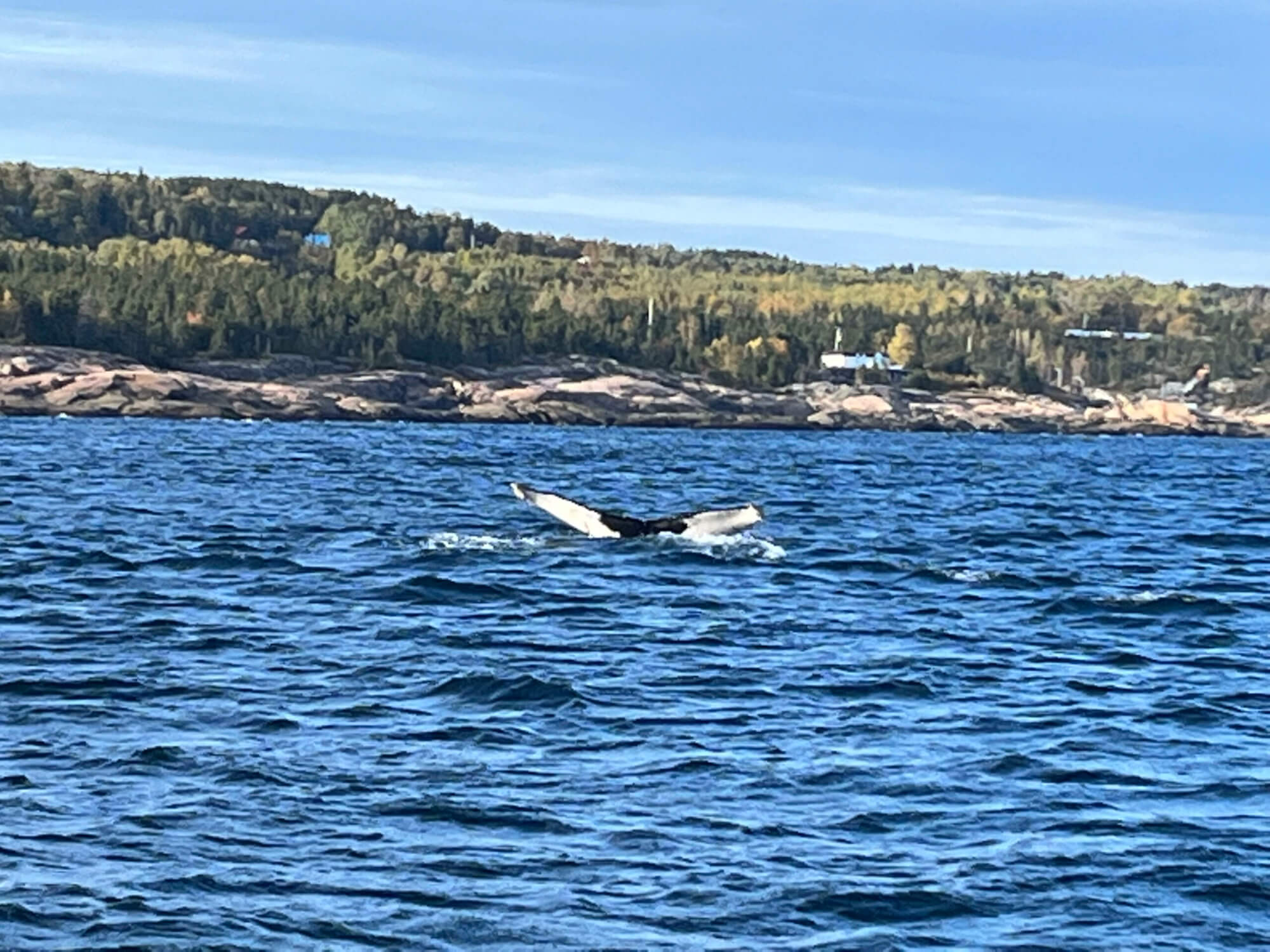 Humpback whales have been observed in the estuary. © Andréanne Sylvain 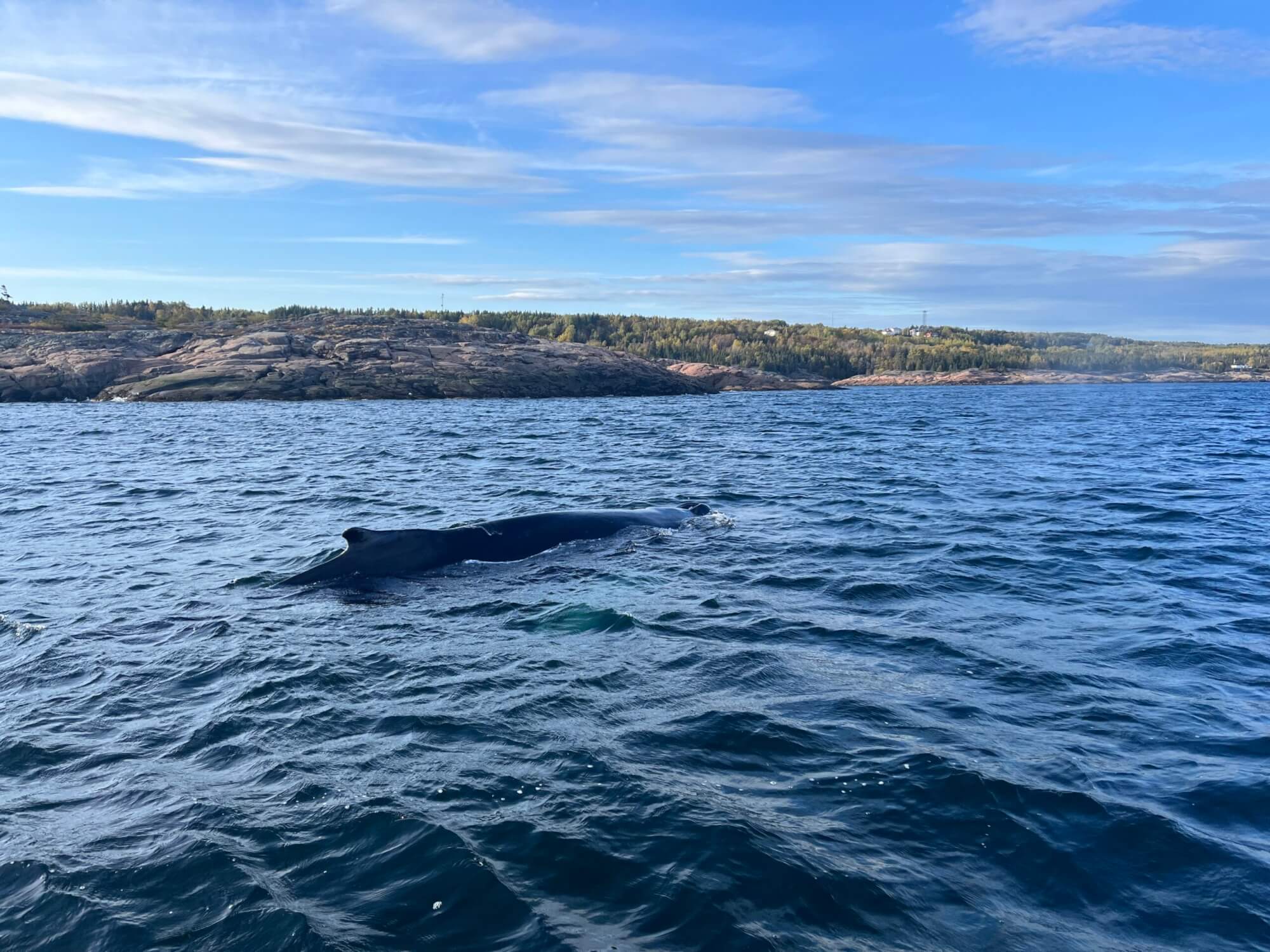 The humpback whales that frequent the St. Lawrence belong to the North Atlantic population. © Andréanne Sylvain

Minke whales have been present in Gallix and Rivière-Moisie, even if one unlucky observer hasn’t managed to see any for a few weeks now. “I’m still crossing my fingers!” she exclaims, trying to stay optimistic. In Pointe-des-Monts, a few minke whales were seen close to shore while a humpback was spotted heading east.

Near the town of Franquelin, the week was also rich in marine mammal sightings with the presence of harbour porpoises, minke whales and humpback whales.

In Gaspé Bay, a captain/naturalist also spotted a few dolphins, in addition to finally observing the first blue whale of the season. The presence of four humpbacks, many minke whales and harbour porpoises as well as a visit by two fin whales were reported over the course of the week. The observation of grey seals and harbour seals rounds out the picture.

In Sacré-Coeur, a marine mammal enthusiast had the opportunity to admire belugas against a backdrop ablaze with colour: “A couple little white backs off L’Anse-de-Roche this morning,” she reports, “in glimmering water that reflected the beautiful hues of fall. It looked as if the white backs were poking out of the red and golden water. It was both beautiful and serene!” 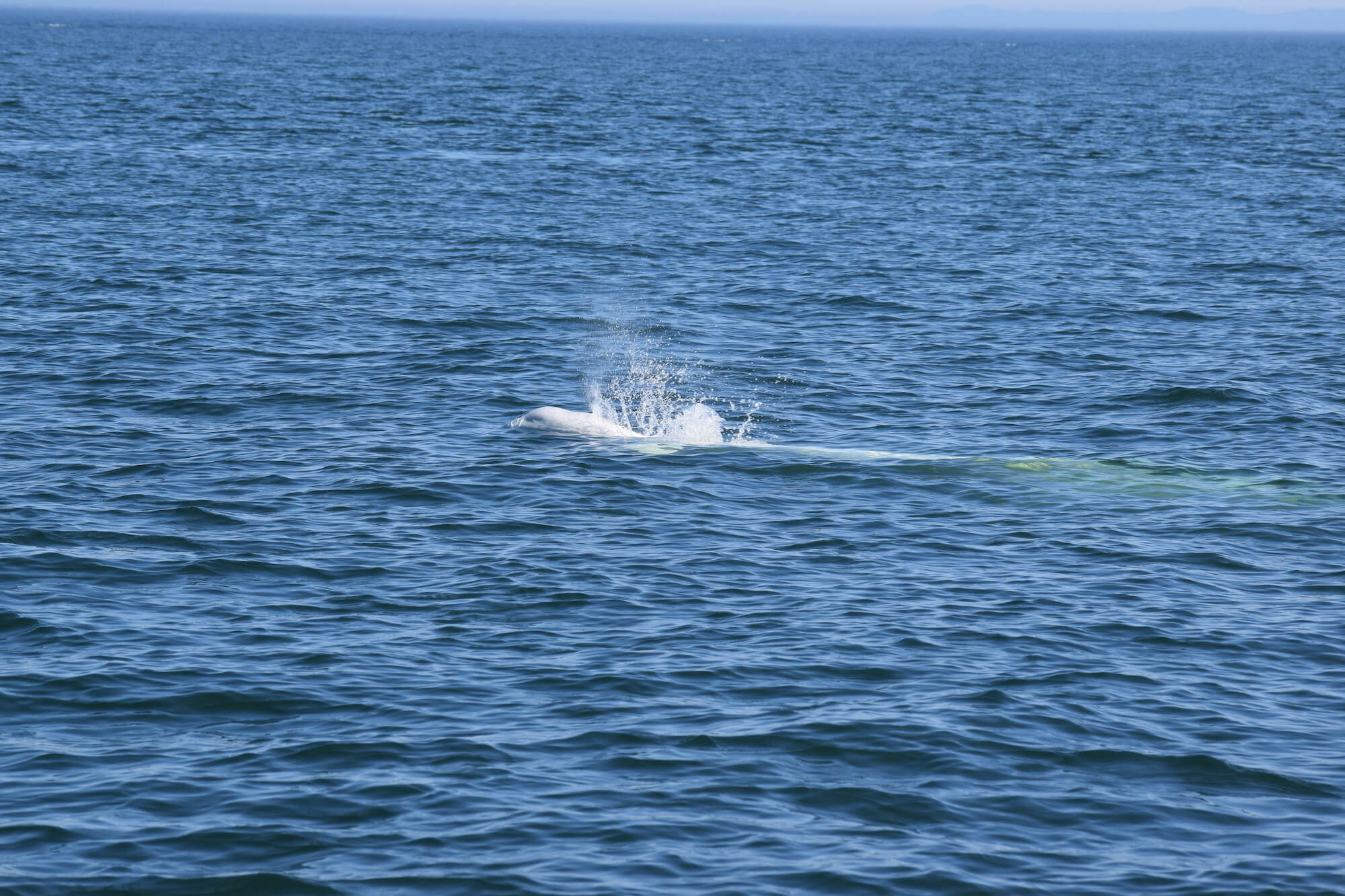 The beluga is the only cetacean to reside in the waters of the St. Lawrence year-round. © GREMM

“I have a question for you,” begins an email from a reader received on Wednesday, October 5. From the Saint-Siméonmarina, she observed two minke whales repeatedly hurling themselves out of the water. With their dark backs and white bellies, the silhouettes burst from the surface and fall back onto the water. Standing on the docks, the observer wonders to herself: “What is the purpose of this behaviour?” Scientists have a number of hypotheses to explain the phenomenon of breaching in whales, including the theory that it could be a way for individuals to communicate with one another. Who knows? What is known is that this behaviour is simply awesome to watch!

It it possible to see whales at night? Certainly, they’re just harder to spot! Nevertheless, by a stroke of good luck, a few pilots stationed at the marina saw humpback whales in the bay in the middle of the night.

These data were reported by our network of observers. They give an idea of the presence of whales and do not represent the real distribution of whales in the St. Lawrence. Use them for fun!

Click on the whale or seal icons to discover the species, the number of individuals, additional information or photos of the sighting. To enlarge the map, click on the icon in the upper right corner. The map works well on Chrome and Firefox, but not so well on Safari.

Want to share your observations and contribute to citizen science? Use the marine mammal observation tool.