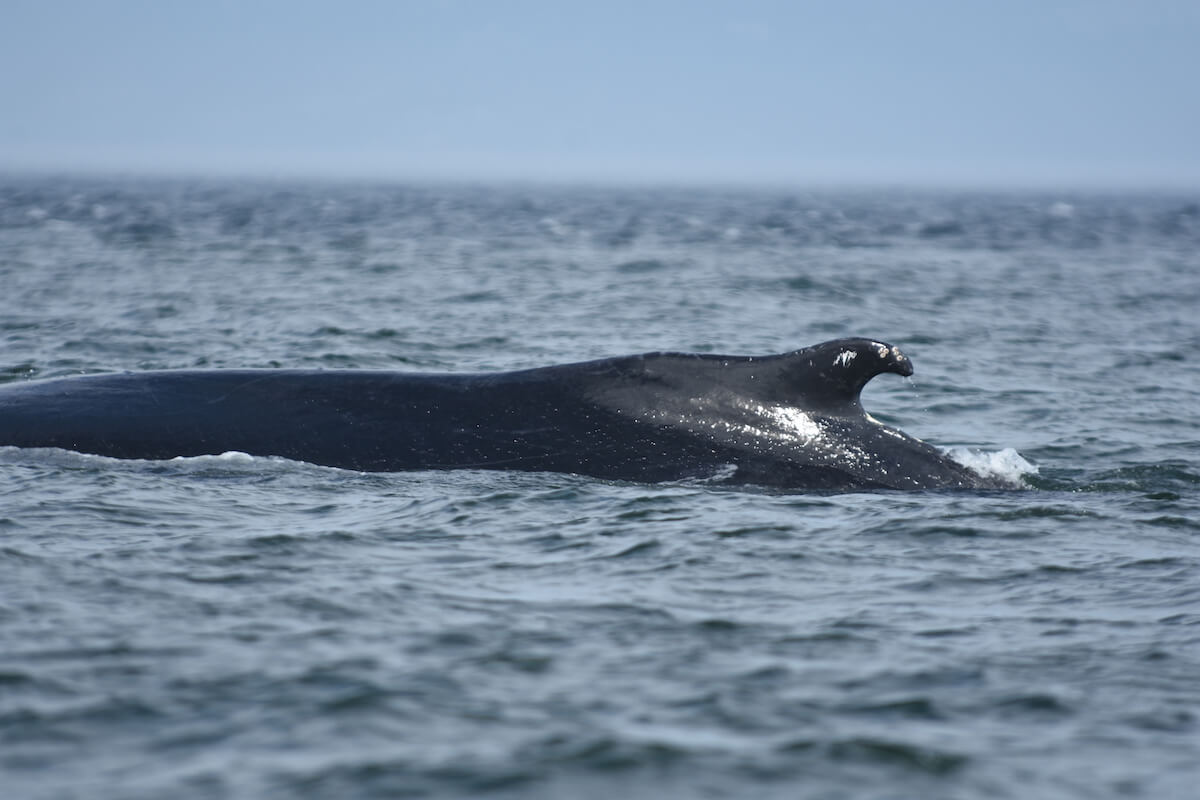 Humpback whales can be recognized by their short dorsal fin perched atop a variably pronounced hump. © GREMM

When it comes to marine mammals, sometimes no two days are alike. For several weeks, a resident of Tadoussac had been observing a harbour seal daily from the window of his residence, but one morning, it’s no longer there. Other times, these mysterious animals follow a steady rhythm. At high tide, a minke whale regularly approaches the rocks of the Marine Mammal Interpretation Centre, much to the delight of the museum’s visitors.

“The pleasure of finally seeing spouts”

In the Franquelin sector, whales had a big surprise in store last week. While observations over the past several weeks mostly concerned minke whales, harbour porpoises and a few offshore blasts, a number of other species have been sighted in recent days. Several individuals wrote in to Whales Online, amazed: “At last, whale tails were spotted east of Franquelin,” comments one observer. Some people had seen them, but not us. What a joy it was to finally see spouts. Minke whales are often observed and this morning there were porpoises that were much closer than usual.”

One marine mammal enthusiast who lives in the area adds: “There was a day in Franquelin when there were humpbacks, 20 minke whales all in the same spot, a fin whale, and – no exaggeration – a hundred or so harbour porpoises. It was crazy! There must have been a healthy supply of food there; it was magical. There was hardly ever a moment when there wasn’t at least one whale blowing. A little farther east, in the Mingan Archipelago, a few porpoises, grey seals and minke whales have been observed.

In Saint-Irénée, a whale lover shares her observations: “I saw just one beluga this week, but right now, I can see two sailboats on the water. In the Cap-à-l’Aigle sector of La Malbaie, a harbour seal has been making regular appearances and seems to be eating its fill. “On July 11, I saw it with what appeared to be a fish,” comments one observer. And it was still wiggling!”

In Gaspé Bay, the season resembles last year’s: “The beginning of the season was rather calm, but by mid-June there were sizable groups of large whales,” comments one naturalist-captain. “Now it’s a lot like other years. There are good numbers of minke whales and several humpbacks, which make for great breaching. There have also been a few sightings of harbour porpoises in the area. And let’s not forget about pinnipeds; one marine mammal enthusiast shares her observations in this regard: “Harbour seals are still well represented in the haulouts, but are gradually being replaced by the increasingly numerous grey seals.” 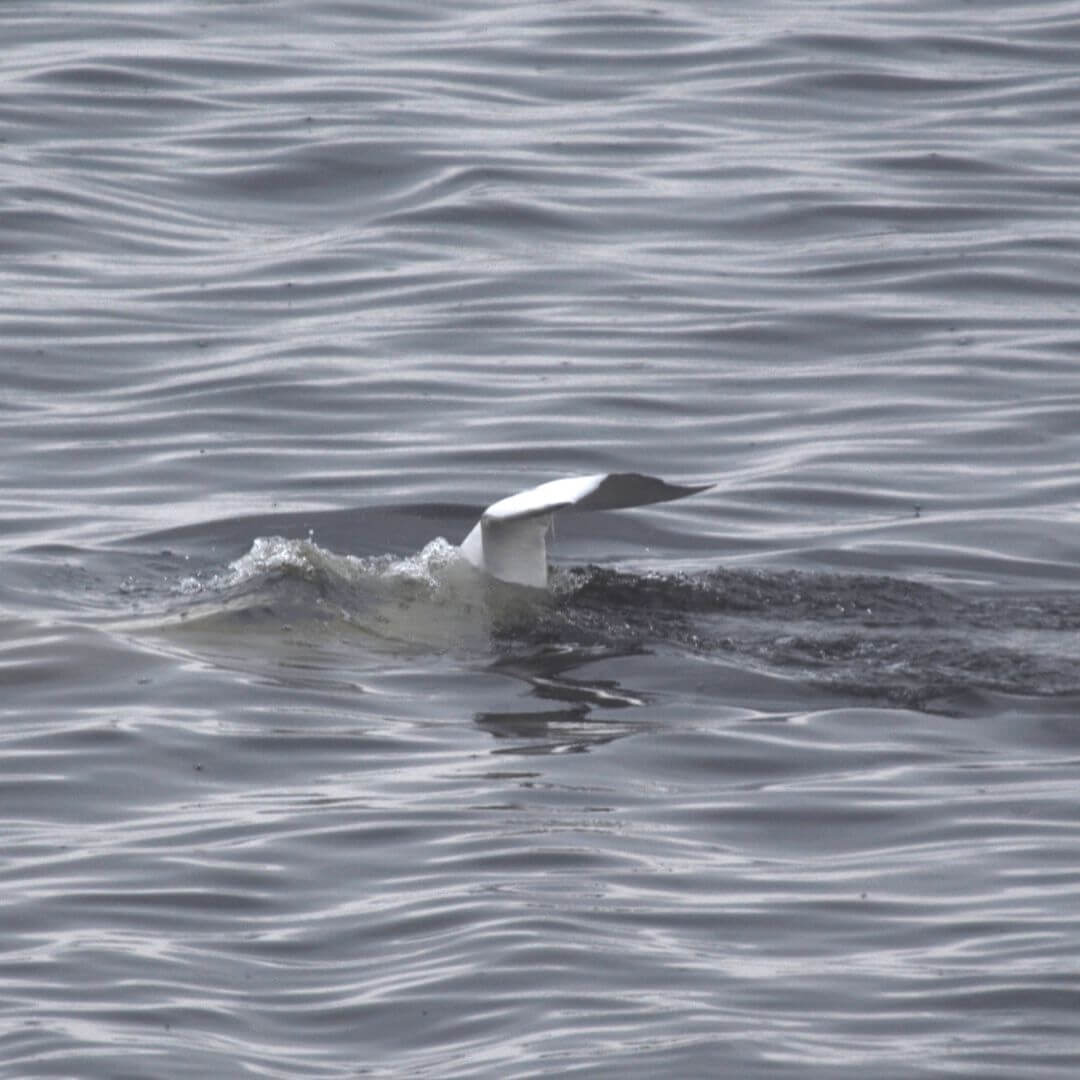 The caudal fin of a beluga. © GREMM

In Chaleur Bay, a whale is making headlines thanks to a video made by a resident of Beresford, New Brunswick, which has been viewed over 91,000 times. Humpbacks breach for the camera.

Many species of marine mammals were observed this past week. © David Turgeon

In the Saguenay-St. Lawrence Marine Park, there is no shortage of sightings to report. Harbour porpoises, minke whales, humpbacks, fin whales, belugas, harbour seals and grey seals are being seen everywhere. When it’s not a minke whale breaching TadoussacBay or belugas swimming near Pointe Noire in Baie-Sainte-Catherine, it’s a new humpback offshore, or 80 harbour seals observed by a naturalist near Les Bergeronnes.